Recently an ancient tomb was uncovered in the Settecamini quarter of Rome while workers were bulldozing the site of a new aqueduct extension in the Case Rosse neighborhood. Inside this rare find, workmen found the tomb intact and undamaged with incredible ancient artifacts as offerings to the departed, one of which is the symbol for athletes in ancient Rome. Amazingly this tomb was untouched by the elements or by human hands until now! 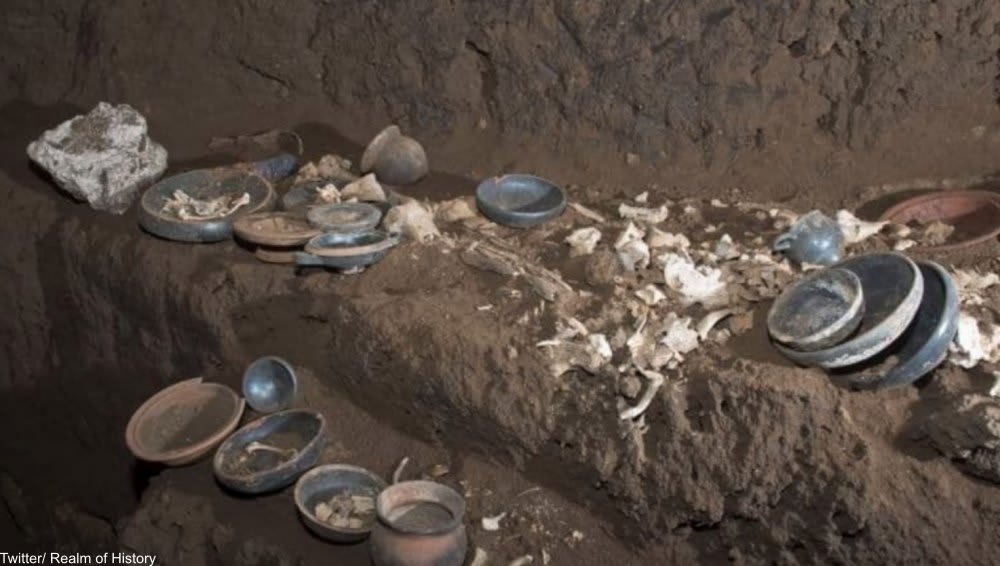 Because of the many archaeological and historical remnants potentially underneath the city, an archaeologist is on hand whenever there is construction which may intrude on the city’s sleeping artifacts. The archaeologist on site for this project, Fabio Turchetta, said that the digs had not been interesting at all the past year, having turned up very little until the tomb was discovered in May of 2018.

The tomb contains many incredible artifacts that are still intact like bowls, offerings, and tools. Among the bones of four people, there were 3 men, ages 30-50, and one woman of unknown age. The men in the grave are of an older age to be athlete’s, perhaps past their prime, but still active. The group was buried with two strigils, the ancient symbol of athletes which of course the Romans and Greeks took very seriously in ancient times.

An ancient strigil from Cypriot in bronze from the Met Museum. Via/ Wiki Commons

For reference, the strigil is a tool for cleaning the body. It was used to scrape off dirt and dead skin after oil had been applied to the skin, an act of bodily maintenance which was important for such public figures as athletes. The tool was also sometimes used in bath houses and at home for regular folks. 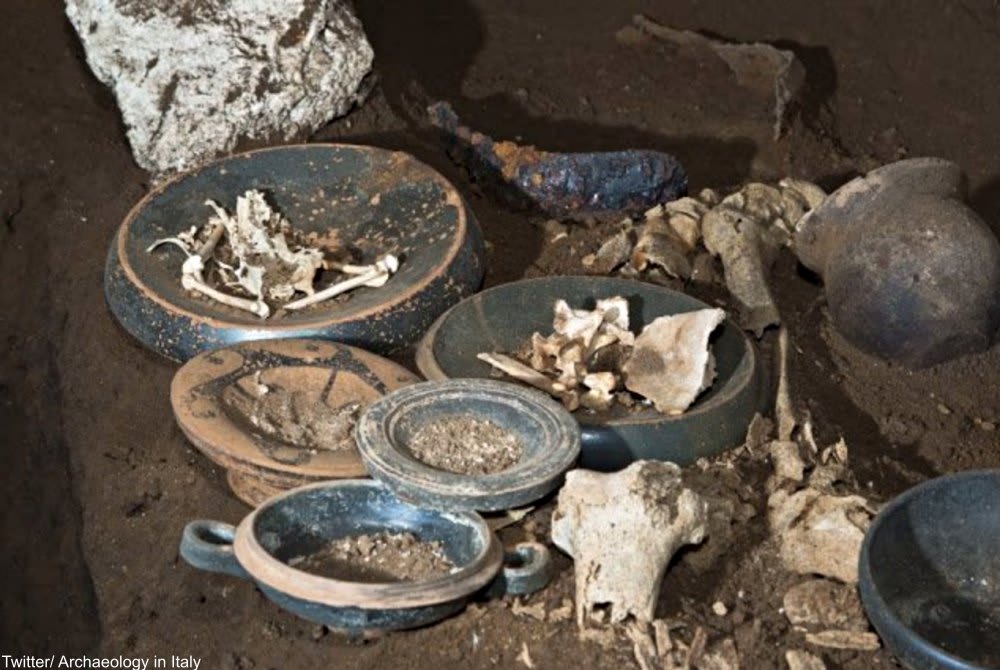 Animal bones on pottery inside the tomb. Via/ Twitter

The 3rd or 4th century B.C. grave chamber was also filled with offerings of meat such as rabbit and lamb, funerary pottery, and even a coin – perhaps to pay the ferryman to cross the river Styx. There is speculation that the tomb contains two separate burials at different times. We have to wonder if the individuals inside were related, a theroy soon to be tested with DNA taken from the four corpses. The tomb will be sealed back up again once the bones and artifacts have been emptied from the chamber, samples of pollen taken from inside, and photographs of the tomb have been thoroughly documented.