Before it was known just how toxic arsenic was, the chemical was used to create some incredibly vivid colors. The most notable of these was Paris green, a color used in fabrics, wallpapers, paints, and anything else which might require a truly shocking color of green. It was suspected by some that arsenic was toxic to consume orally, but many scientists and laymen alike assumed that arsenic was perfectly harmless in items of everyday decor or even cosmetics.

Little was known about the toxicity of inhaling or otherwise coming into contact with most poisons. Even so, it’s still somewhat surprising to discover that 3 antique books in a Danish library were recently found to contain arsenic. 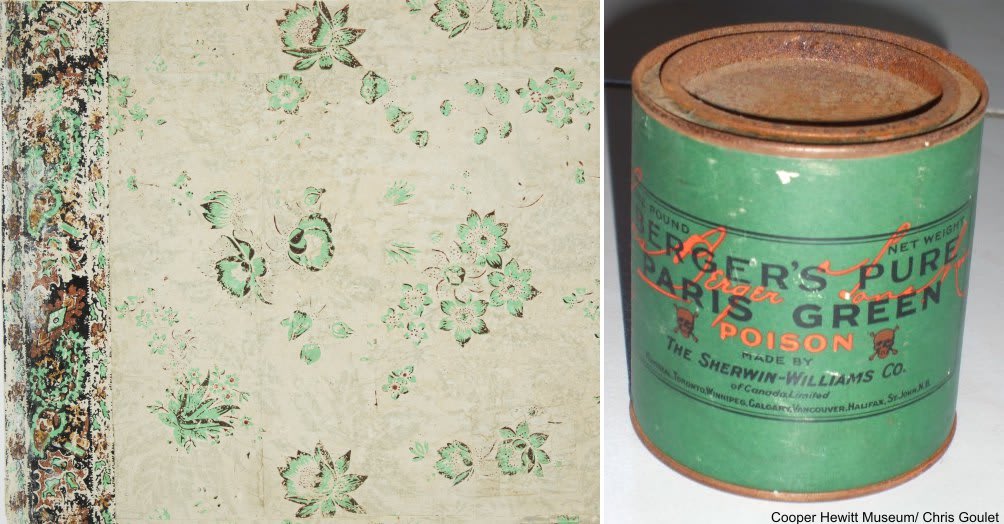 The deep or vivid greens went by many different names: Paris green, Vienna green, and Scheele’s green. Even emerald green stems from arsenic green, though the emerald greens of the Victorian era were much brighter than what we know as the color today. The toxicity was concealed from consumers by the original creators of arsenate greens, although farmers knew it had potent effects on grasshoppers and other crop pests.

Paris green was a common color of paint and as people became more aware of its dangers paint cans were labeled as containing poison. By World War II, Paris green was used as an insecticide to kill mosquitoes and a poison to kill rats! 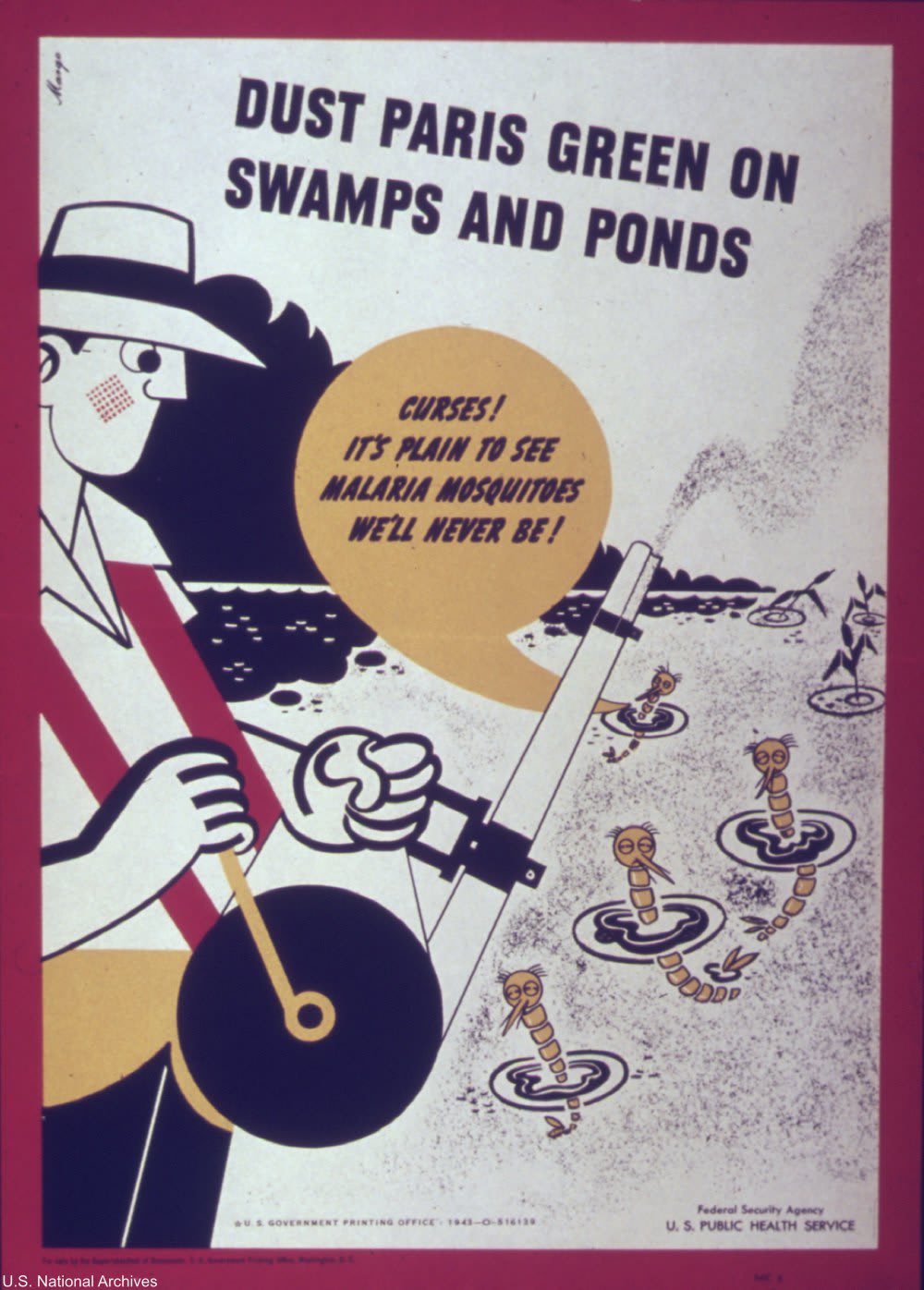 So how did arsenic end up in books? Well, one of the most poisonous books ever created was a book of arsenate wallpaper samples compiled by a medical doctor in 1874 to illustrate the prevalence of arsenic in home furnishings. But, the volumes that were recently shown to contain arsenic weren’t illustrative. Rather the arsenic was contained in green paint which was covering the books. 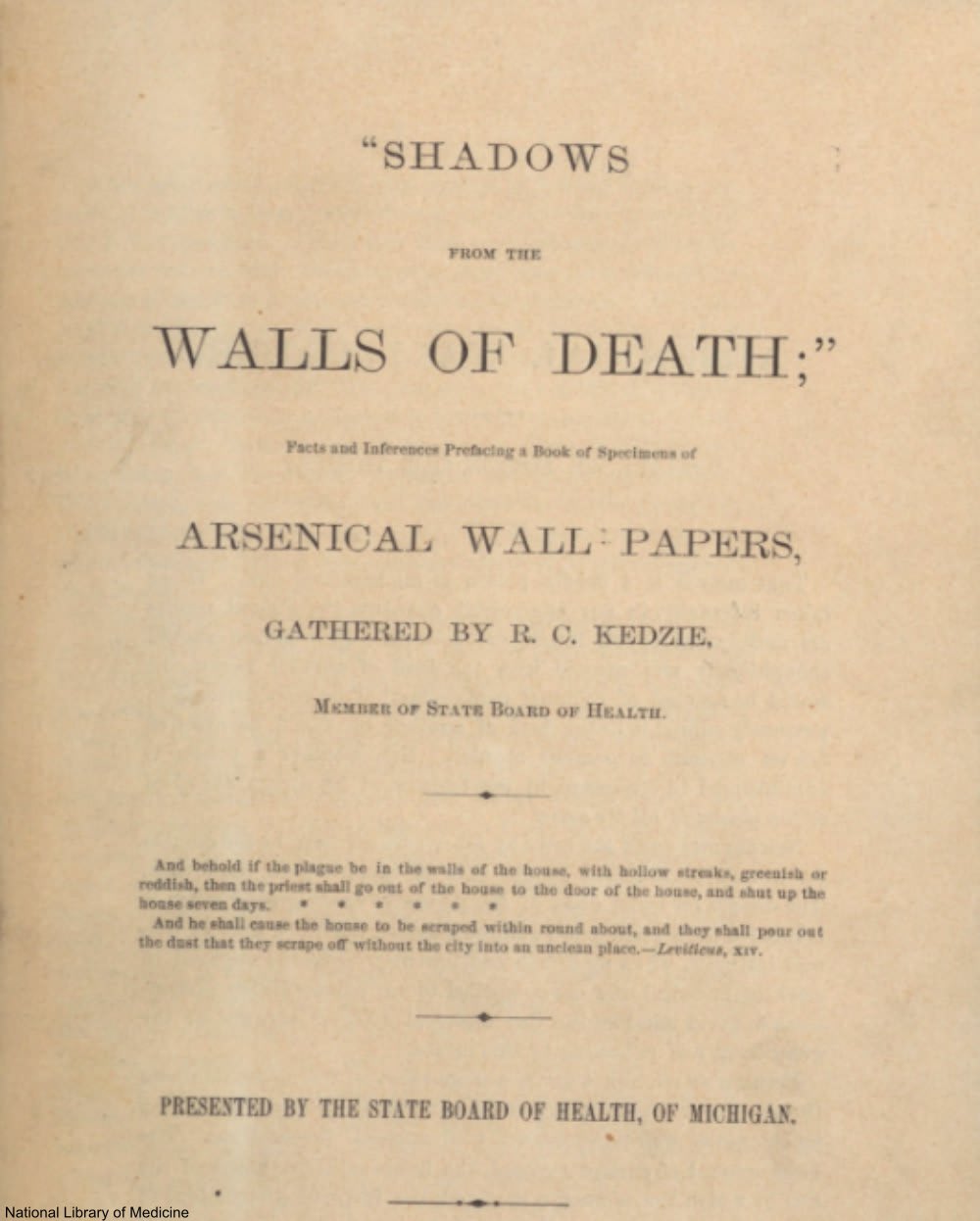 Via/ National Library of Medicine

Recently at the University of Southern Denmark, 3 books were found to contain arsenic. The books were bound in the 16th and 17th centuries, but were painted with green pigment during the 19th century. The boards of the books were from different tomes, revealing that bookbinders and conservators reused parts of other books to make sure that precious volumes would still be intact centuries later.

Library researchers were attempting to read the obscured text of these recycled covers via an x-ray microscope when they discovered the arsenic (which fluoresced brightly using Micro-XRF technology). Researchers have speculated that the green pigment was not applied to provide decoration, but instead to keep insects and vermin from damaging the volumes. 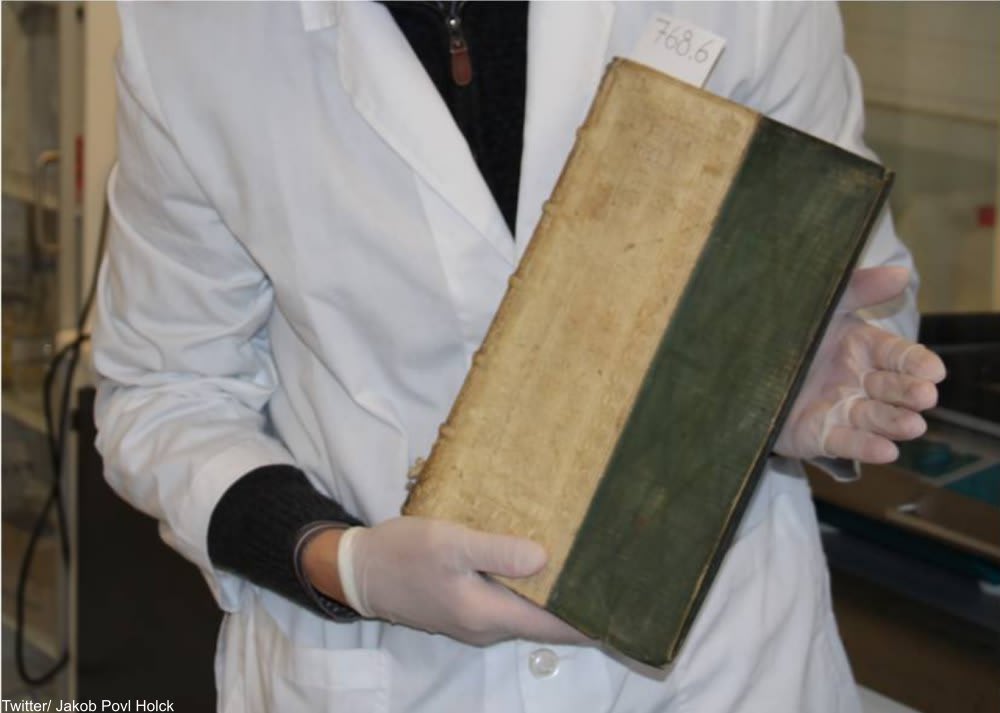 These 3 books are now kept each in their own boxes marked “poison” and kept in a specially ventilated cabinet, since, as we now know, arsenic can be poisonous if handled or inhaled in the slightest. Symptoms of arsenic exposure and poisoning can range from irritated skin and lungs to cancer and death, making these arsenic books no light-hearted matter.