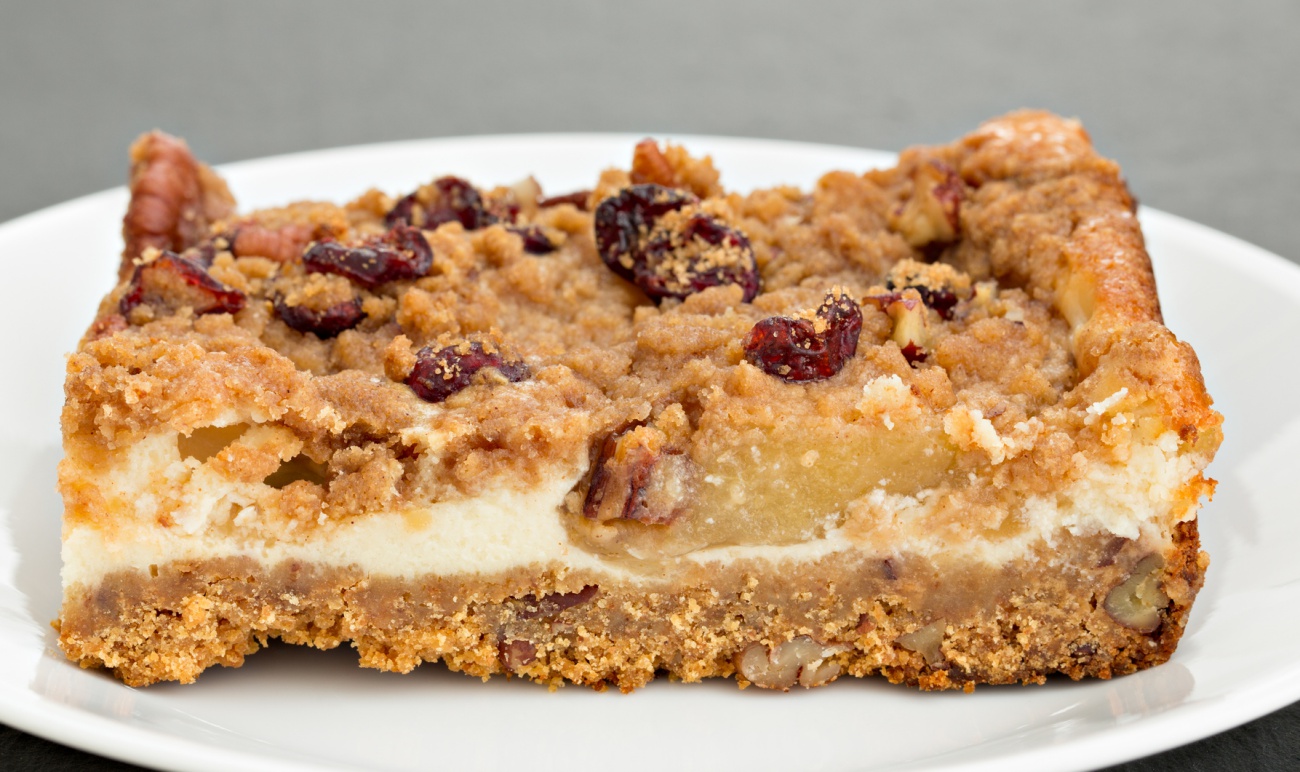 Apple pie is the quintessential American dessert (as well it should be) but that doesn’t mean we can’t try to gussy it up once in a while. Basic old apple pie will always have its place, but a kitchen experiment often leads to great new things, and that’s just what happened with these irresistible Apple Pie Cheesecake Bars. One part cheesecake, one part apple pie, they’re everything you could want out of a dessert. 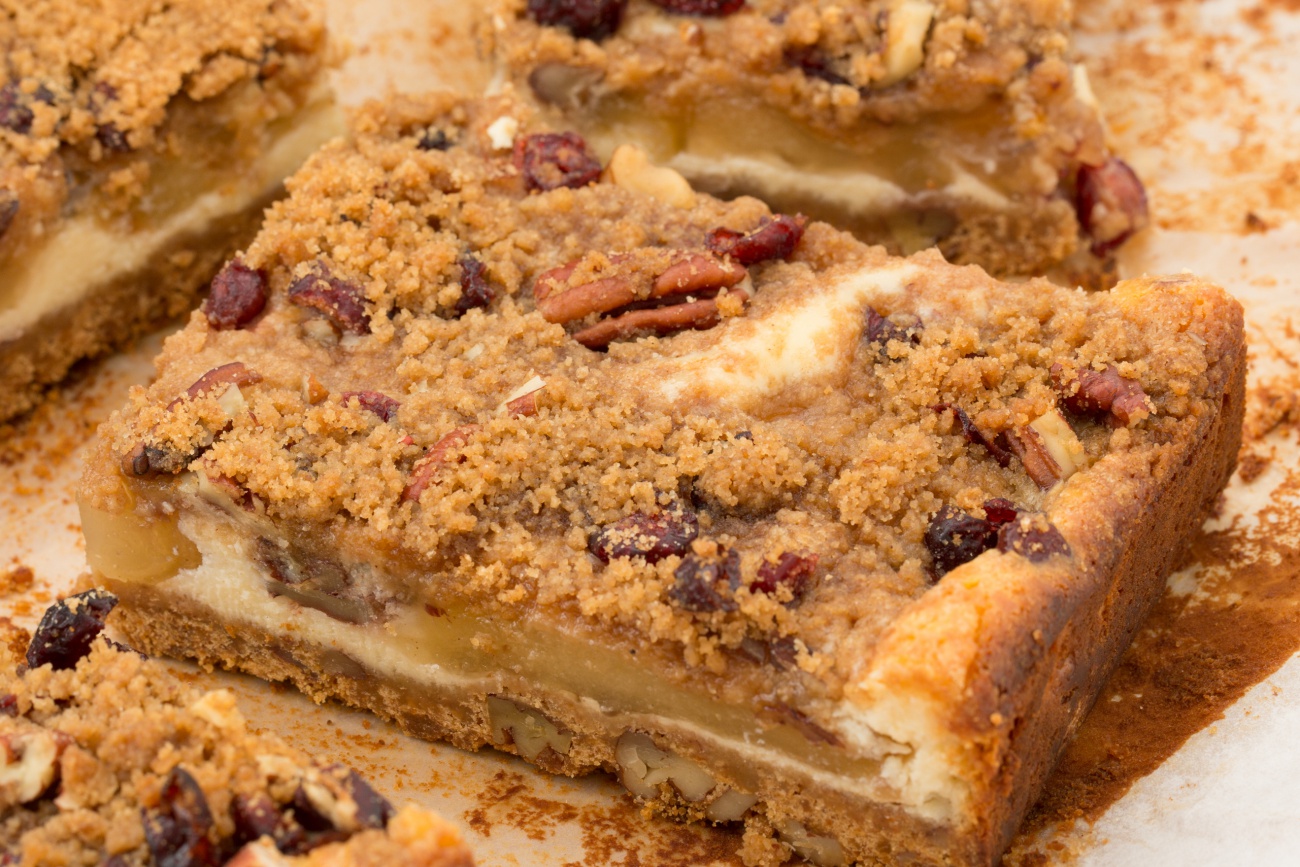 They start with a crunchy graham cracker and pecan base, that’s then layered with sweet cheesecake, tender spiced apples, and a streusel topping that will make you forget all the streusel toppings that have come before it. They’re simple enough to make, but you do have to exercise some patience while they chill in the refrigerator before serving. But that’s okay, all the best things in life are worth waiting for. 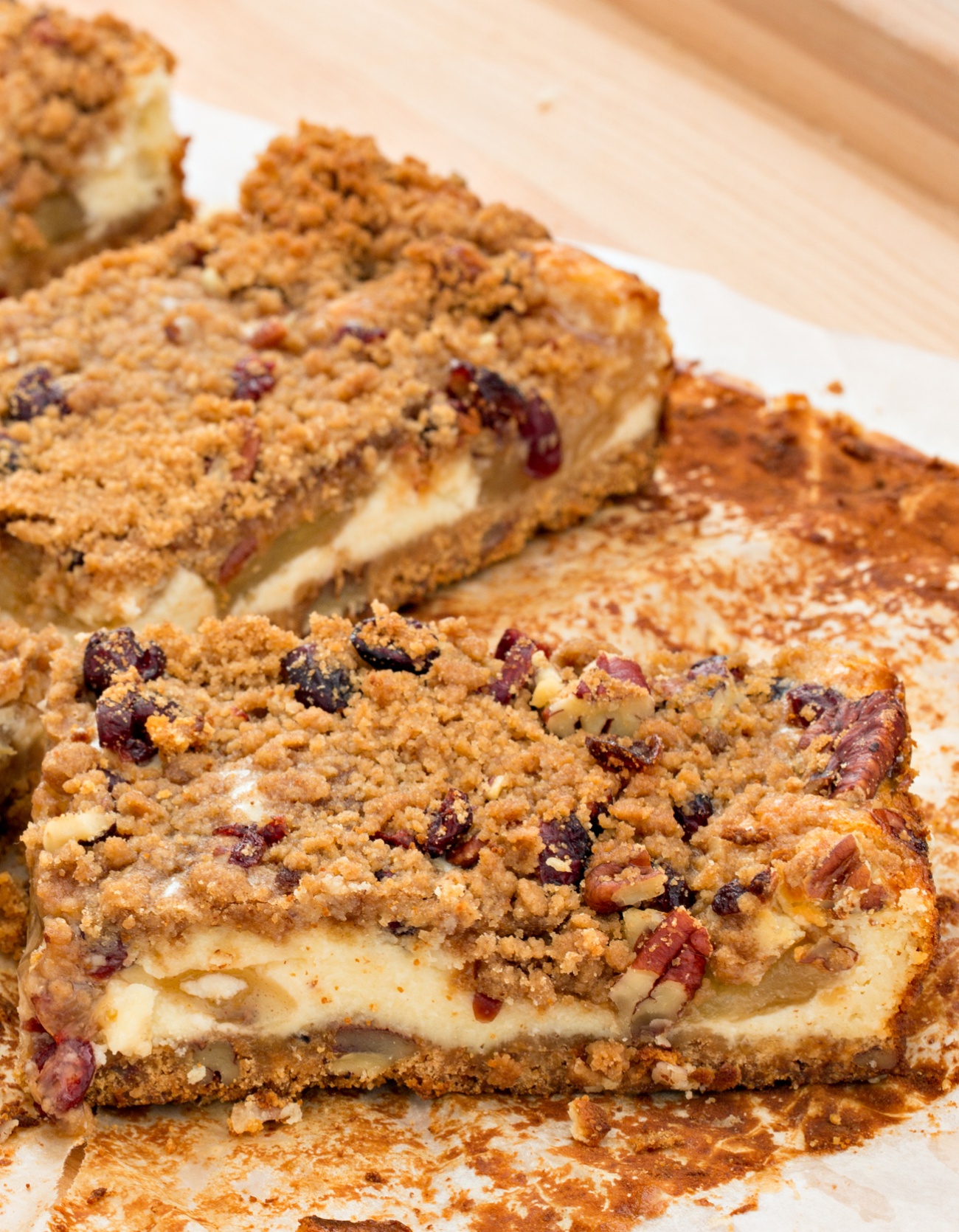 We love the graham cracker base here. It’s punctuated with crunchy pecans which add a nuttiness that you might not know you were missing in a graham cracker crust. (But you have been missing it, we promise. It’s worth trying with pumpkin pie or any other autumnal dessert.) The cheesecake layer is simple and sweet, a subtle creamy backing to the nutmeg and cinnamon spiced apples above it. They’re soft and sweet and have all the apple pie flavor you know and love. 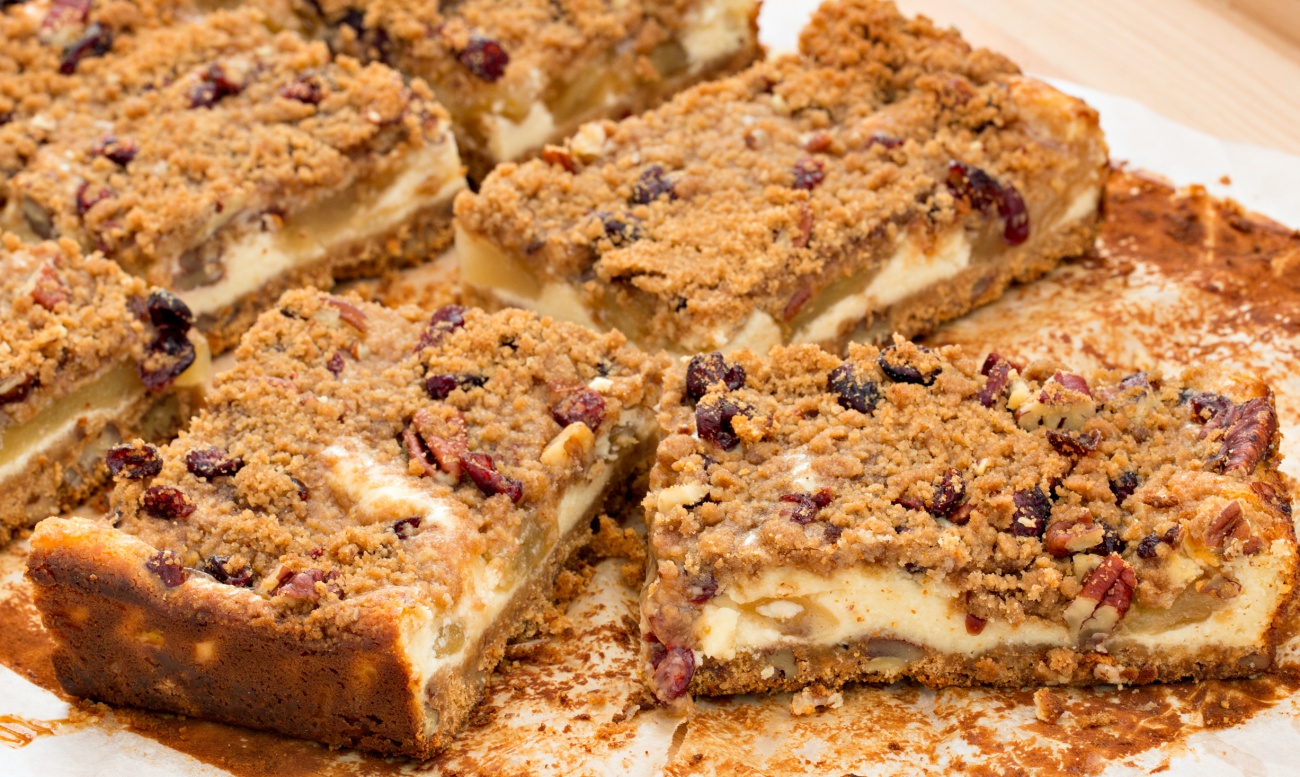 And then there’s the streusel topping, which is neither a signature of apple pie nor of cheesecake, but still absolutely belongs as the finishing touch on these squares. It has the classics – butter, flour, sugar – but also some dried cranberries and a few more pecans. The pecans echo the nuttiness in the crust so there are layers of texture (soft apples, creamy cheesecake, crisp crust and the soft crunch of streusel) running throughout the entire thing. The cranberries add their unique tart and sweet note to all of the flavors below, creating a delicious dessert that knows a thing or two about synergy.

Adapted from The Baked Been.