The Wooton Desk Was the Ultimate Filing System of the 1800s

If you grew up with a secretary desk in your childhood home then you’ll know just how special they are. Always plenty of space to keep the odds and ends that one needs to do general writing and paperwork, they are also quite elegant pieces of furniture. But, the executive versions of these desks from the 1800s take this concept to a whole new level. 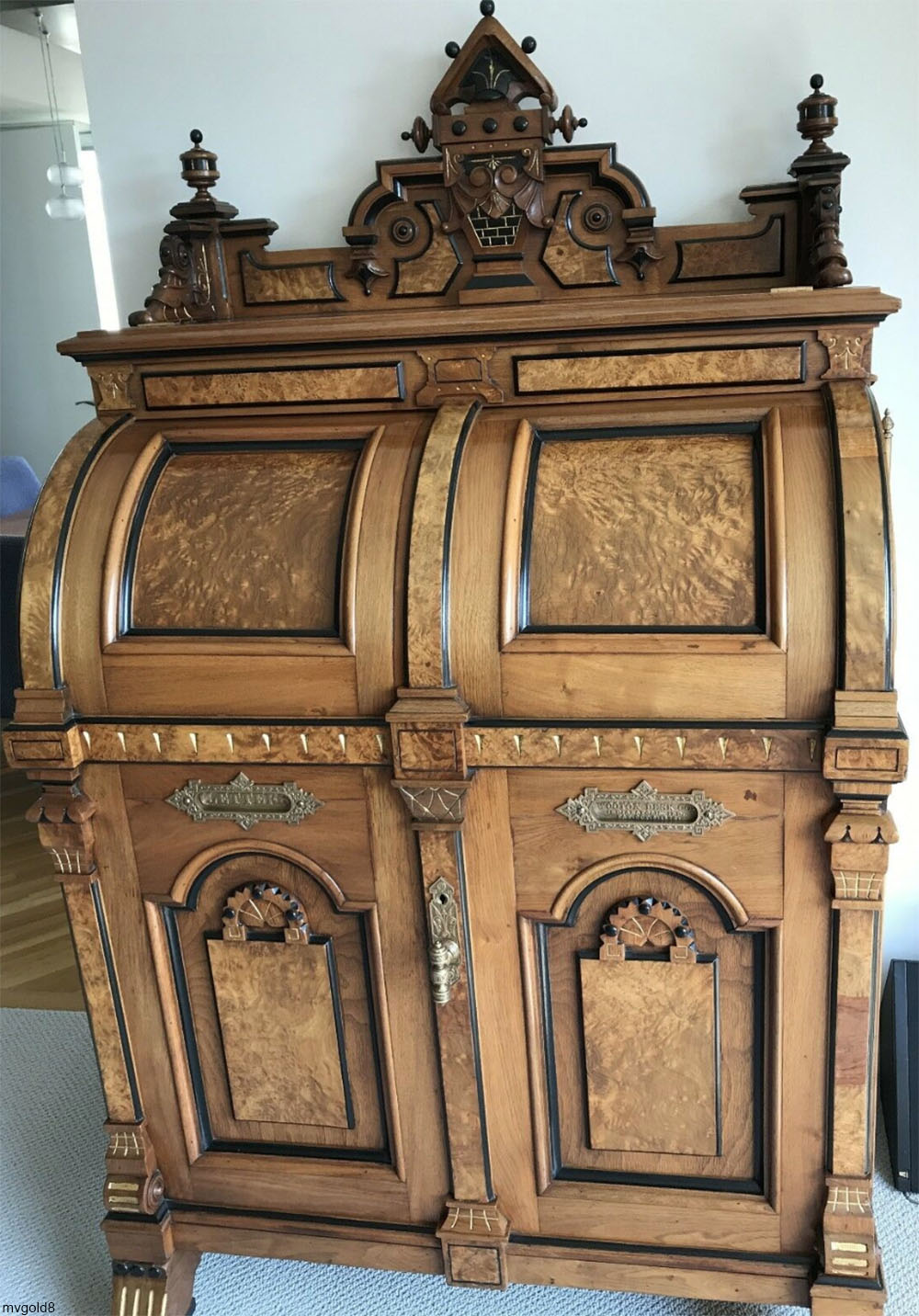 Wooton desks were the ultimate tool for the extensive writing, filing, billing, and storage that a gentleman of business in the days of yore would have been engaged in. They were the high tech filing systems of their time.

First created in 1870, the design was patented by William S. Wooton and produced until 1884. At this time the office was changing and paperwork was increasing. This meant that an efficient way to store, process, and notate all this paperwork was needed. 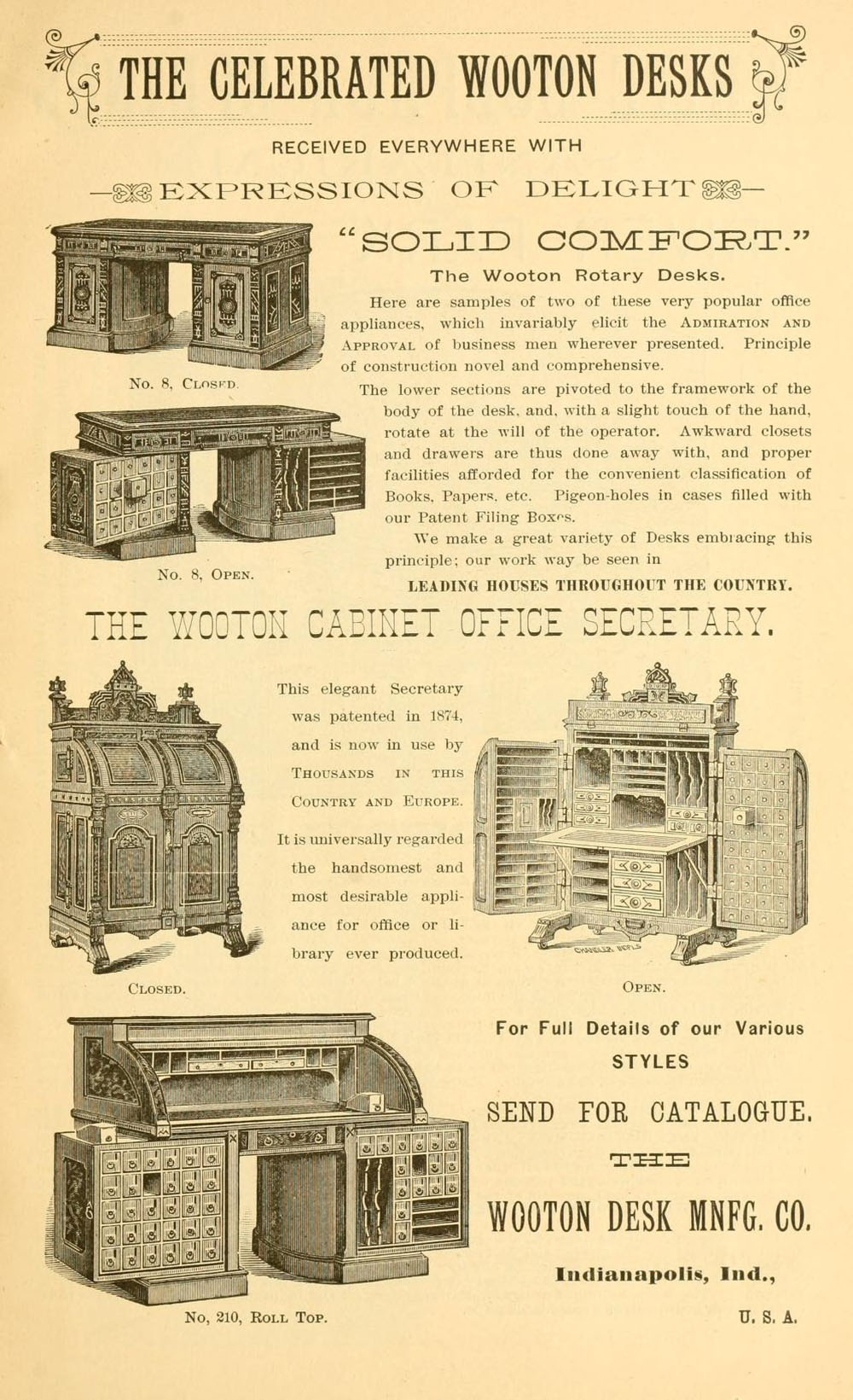 The ad above reads that the Wooton desk is “universally regarded the most the handsomest and most desirable appliance for office or library ever produced.”

The Wooton desk had a mind-boggling number of features, including locked compartments, mail slots, and cubbies for separate projects. And, of course, the pull-out feature allowed for the work surface on which all this work could be done.

Then at the end of the day, all the sensitive documents and spreadsheets inside could be closed up and locked away, safe and secure. The filing cabinet as we know it wouldn’t be invented until 1900, while the typewriter and the standard A4 size paper were already becoming the norm in many offices by the 1870s. 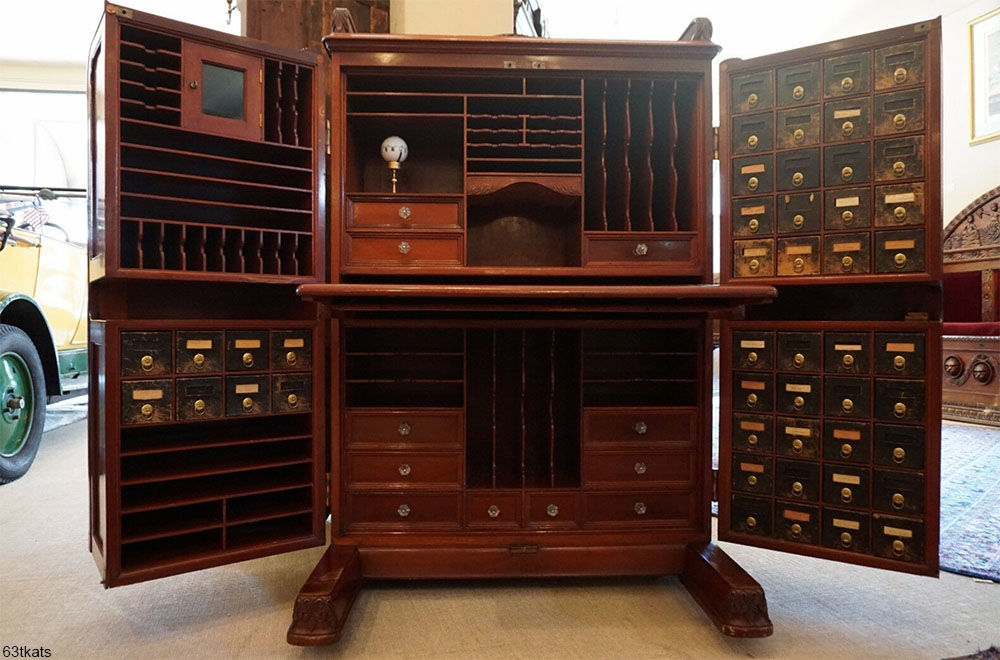 Some of the designs involved wheels that swiveled, allowing for doors that opened out. These are sometimes called rotary desks because of those wheels.

One aspect of the Wooton desk that cannot be overlooked is the sheer elegance with which they were created. Carved facia, burl wood inlay, and intricate brass hardware were some of the elegant features of Wooton desks. 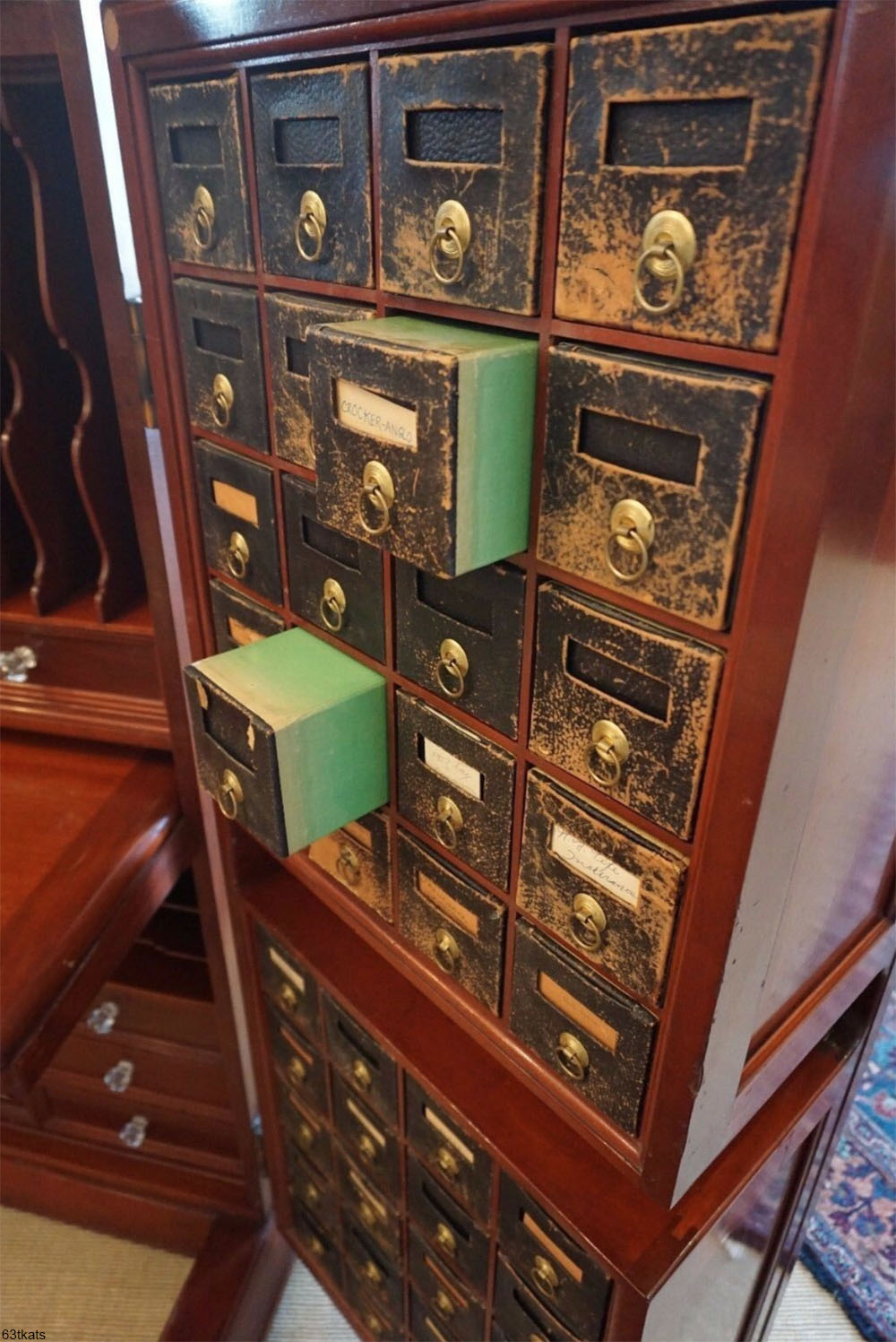 This type of cabinet desk was a take on the professional cabinets that had been used by apothecaries and dentists in the 17th-19th centuries, each of which needed many small drawers. The most decorative elements in Wooton desks seem to have also been inspired by the elaborate secretary desks owned by European nobility and wealthy estate owners.

At the height of their popularity, the Wooton Desk Company had several different grades of desk: ordinary, standard, extra, and superior. They also carried a line of ladies’ desks, with many of the fixins of the larger desks at a smaller size.

In 1876, Wooton desks ranged in price from $100 for the simplest model all the way up to a whopping $750 for the most elaborate superior grade desk. For reference a male school teacher working in Minnesota around that time would have had to use nearly 3 months wages in order to buy the lowest grade of Wooton desk. 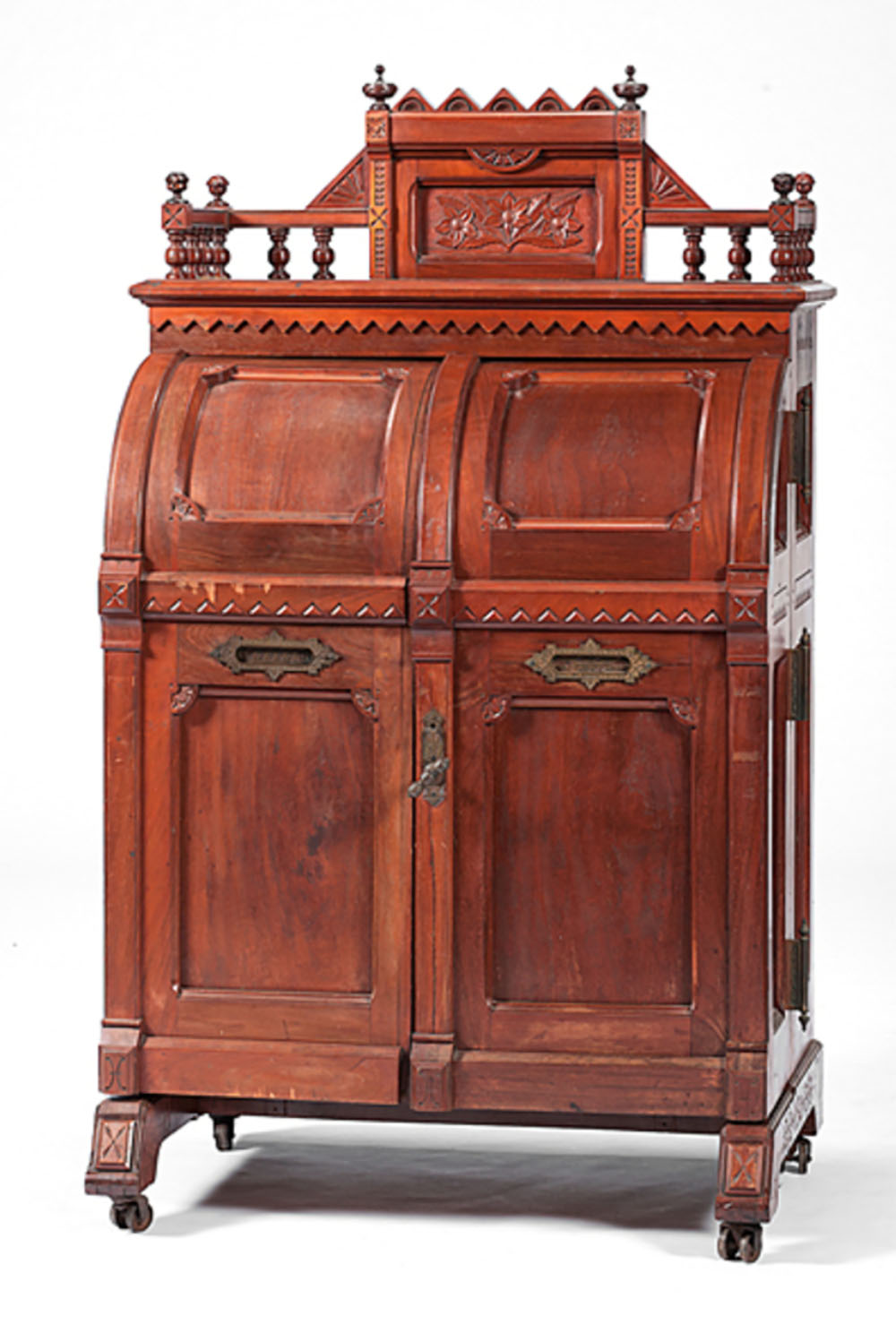 Today, the more luxurious models can sell at auction for as much as a new luxury car, selling for as much $58,000. However, the more modest models (or those with damage) can often sell for between $1,000 and $10,000. Still, it goes to show that all secretary desks are certainly not created equal.