The term “trench art” refers to items made from the physical refuse of World War I, although items made in other conflicts can be called by the same name. The trench warfare of the First World War was unique in that it lasted extended periods at a time, exhausting the troops in what seemed like a constant stalemate situation.

Trench warfare was physically confining for the soldiers. Fear, boredom, cold conditions, and constant intermittent firing from the enemy left many World War I troops in shell shock. Still, many soldiers went on to create art with what they on hand during their time in the trenches. 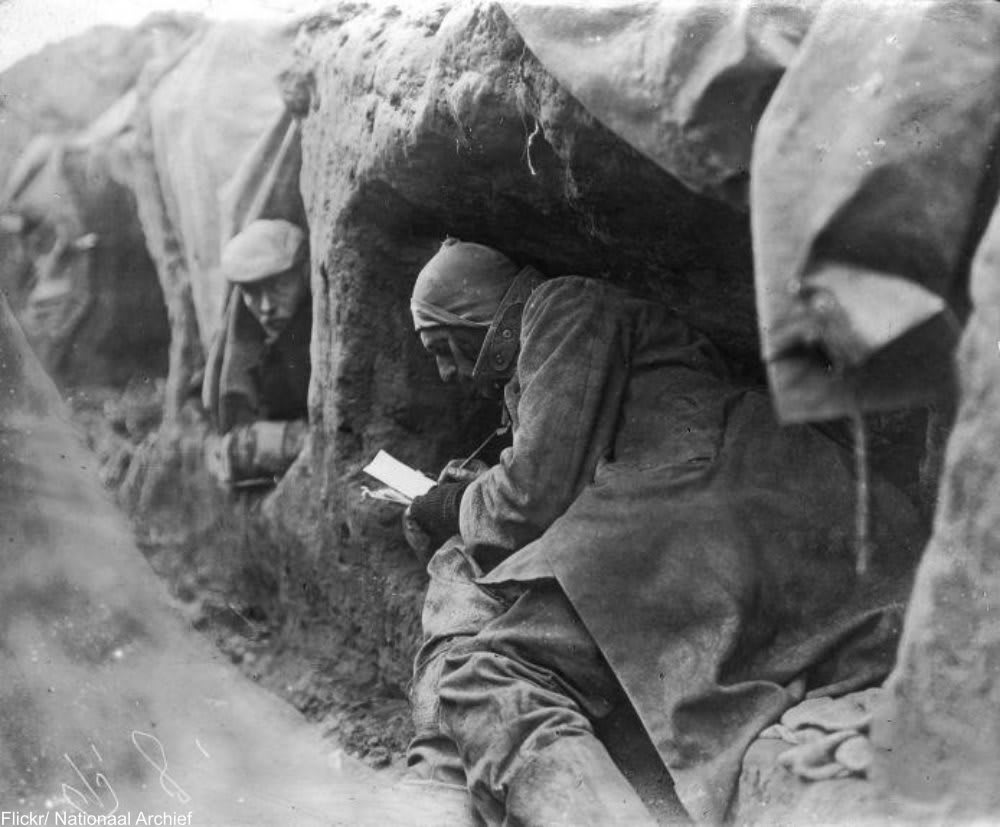 The hours spent in the trenches were long. Via/ Flickr

The most popular souvenir for just about any conflict is usually something from the fallen enemy, such as German soldiers’ helmets in both World Wars and enemy parachutes in World War II. But, these souvenirs were unreliable to obtain. What was plentiful, however, were casings from spent artillery from both sides. 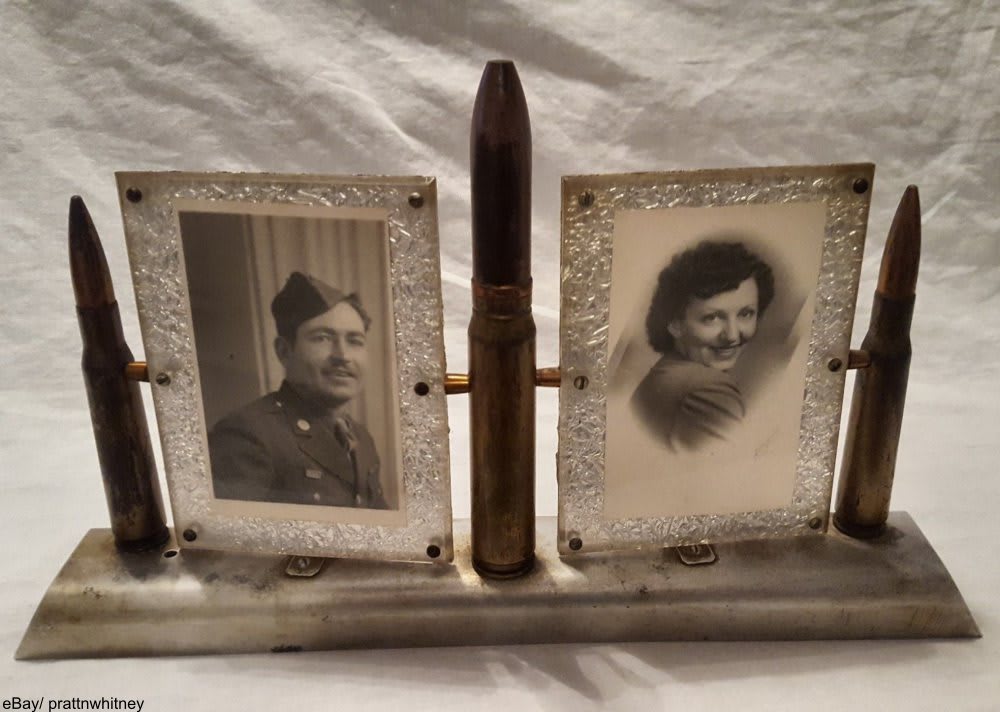 WWII double picture frame made from spent artillery. Via/ eBay

Many of the men took to making as much of a life in the trenches as they could. Because they’d be in the trenches for weeks or months at a time, many of the troops took up hobbies with what was available around them: the detritus of war. Bullet and torpedo casings made from brass were sometimes carved or altered in order to make unique items to bring back home. Other items of trench art may have been issued or otherwise given to the soldier and then carved or customized during the long hours spent in the trenches when he wasn’t at the front the line. 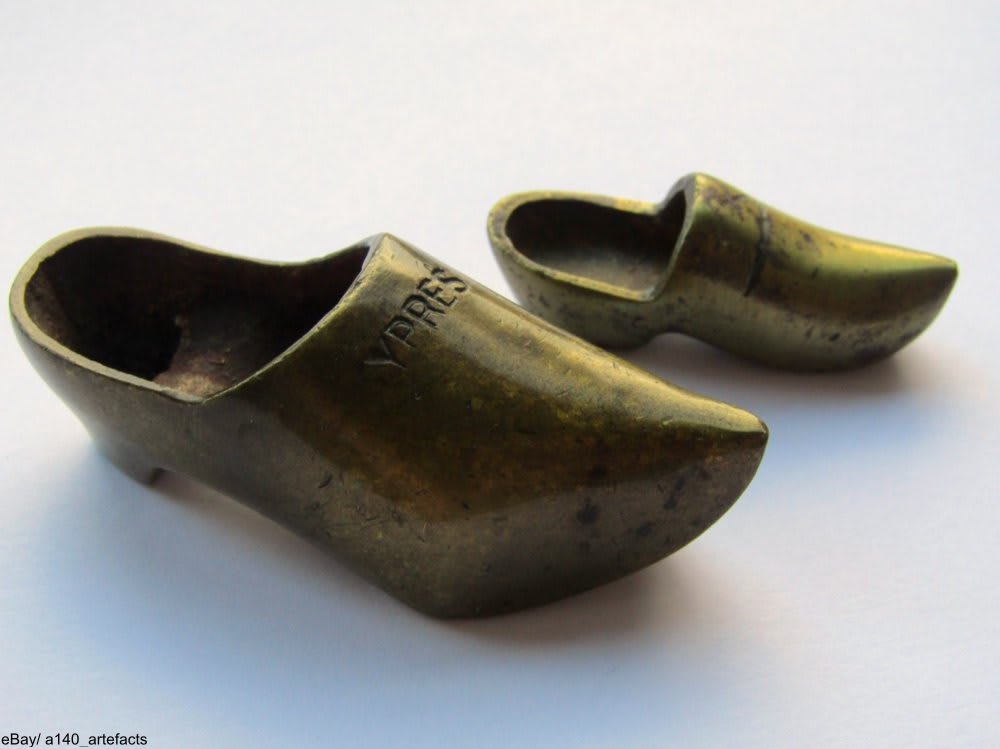 Miniature clogs carved from hell casings from the Belgian town of Ypres, the first known use of poison gas during WWI. Via/ eBay

In some cases the items of trench art were actually made by soldiers while convalescing in hospital or once the soldier returned home, using materials scavenged from the war of course. While the war was hard on many young men, there were many more who were raring to fight and longed to bring back mementos of their time in the Great War. For example the casings of larger artillery have been used to make the base for table lamps and the shades and wiring would have had to be procured once the soldier returned from battle. 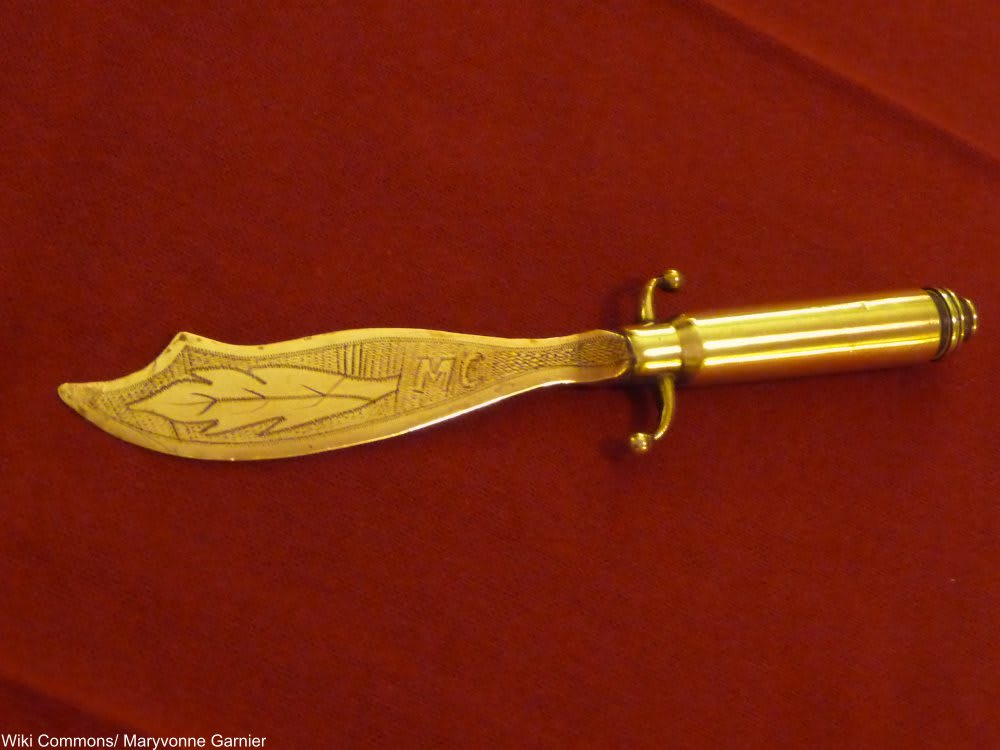 WWI letter opener made from bullet casing engraved with the name of the French soldier’s sweetheart. Via/ Wiki Commons

Smaller items, like love token coins, vestas, or carved bullets were actually made in the trenches to occupy the soldiers’ time and attention. There was also a secondary trench art production in progress during the First World War. Locals would risk life and limb to collect the spent shells and casings then fashion them into souvenirs to sell to the troops to take home (ashtrays were popular).

Sometimes these pieces go unidentified. But, most have some indication of what they are, be it the date, a serviceman’s name and rank, or the name of the battle ground carved into a piece. A common WWII trench art item was the standard issue Zippo lighter, which many service men carved or engraved.

Since trench art can be large or small and varies wildly in format and skill level, the price ranges are all over the place. However, that also means that if you are interested in collecting then there is almost certainly something at your price point, whatever that might be. 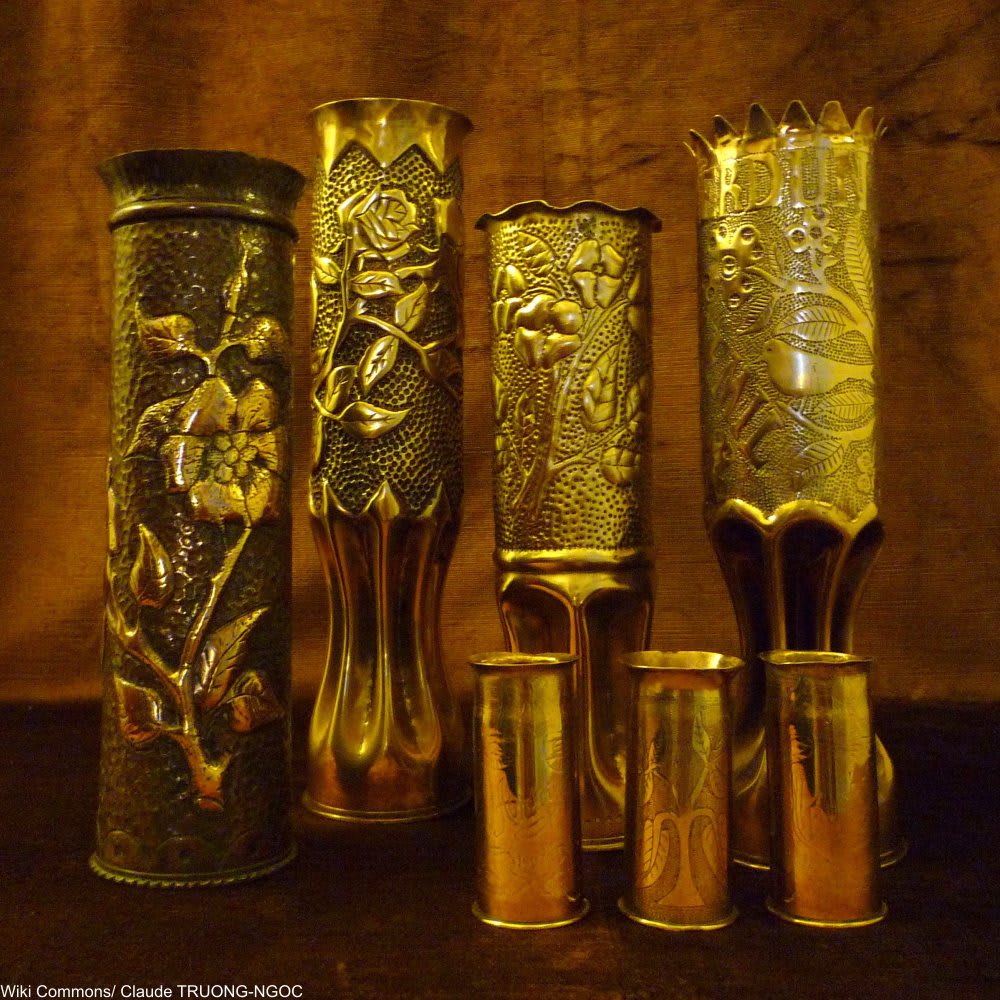 Small items (like ashtrays, carved utensils, or letter openers) often sell for under $50. Larger items (like lamps for instance) can sell for much more, some even commanding prices in the thousands.