Antique Spotlight- The Original Purpose of Samplers Might Surprise You!

Many of us have heard for years that the purpose of the delightful and quaint samplers of centuries past were used as a sort of resume for young girls to show how skilled they were at needlework. We know them as the familiar cross stitch examples from early American settlers, but there are many types of samplers, including more obscure techniques like cutwork embroidery. 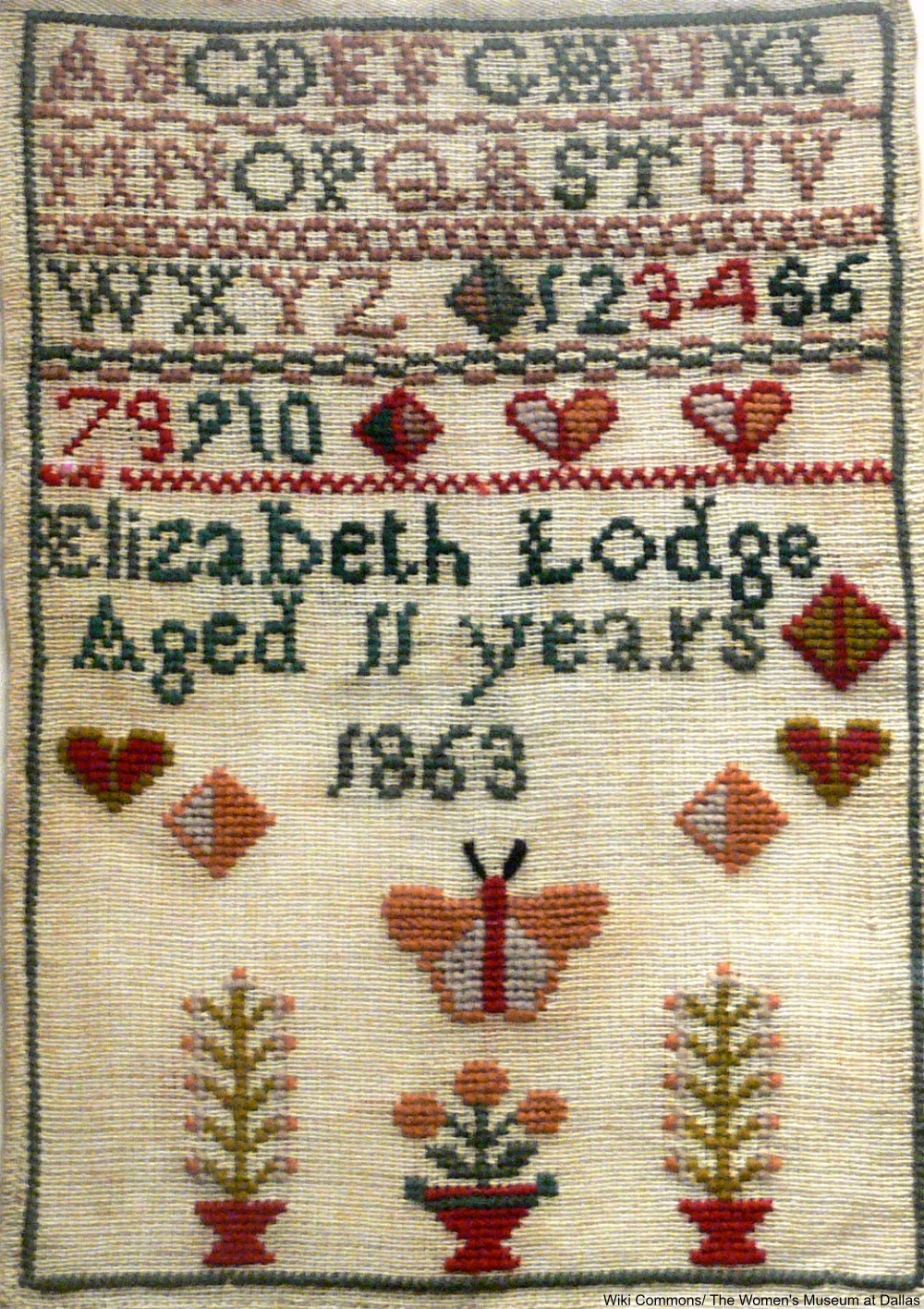 1863 sampler by 11-year-old Elizabeth Lodge from the now-defunct Women’s Museum in Dallas, TX. Via/ Wiki Commons

Samplers in the Ancient World

The earliest examples of samplers in Europe date to the 16th century, but extant examples from around the world can be traced back to between the 2nd and 5th centuries, such as those from Peru and Egypt.

We know samplers today as folk art and proof of the skill of a marriage-age girl. While this isn’t untrue, the original purpose was more like those stitch samples that come with a new sewing machine. 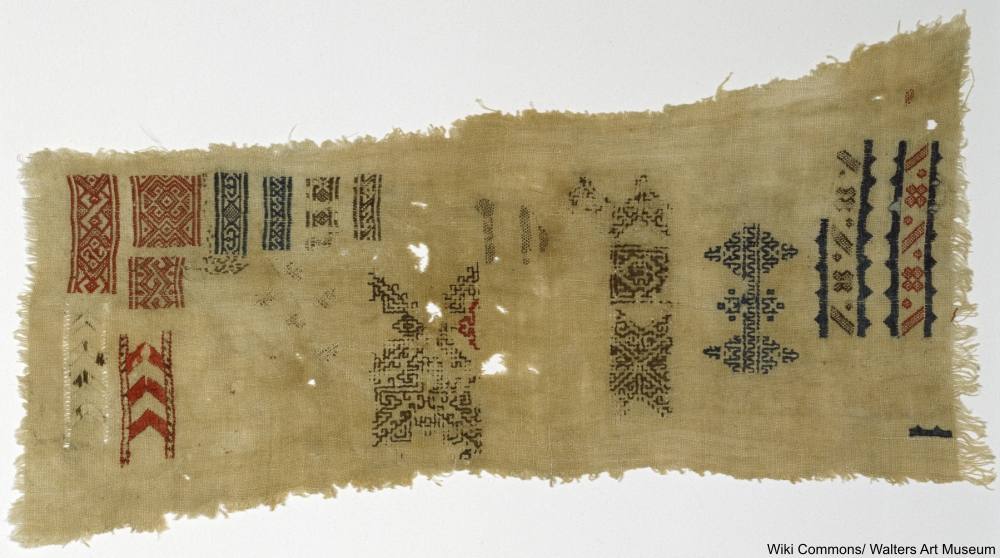 This sampler from Egypt is from the 14th century. Via/ Wiki Commons

There are an almost endless number of stitch patterns in the world and each is useful for different types of repair and ornament. Women would use these precious scraps of fabric to record the various stitches they had learned over the years, not as proof for an outsider, but for themselves as a reference.

With no DIY books available, women had to record their knowledge and samplers let them do it. Memorizing every type of stitch takes a lifetime, but by creating a tactile database, these women made sure that an obscure stitch they learned in their teen years could be replicated decades later, even if the woman had not used the stitch in the time since. 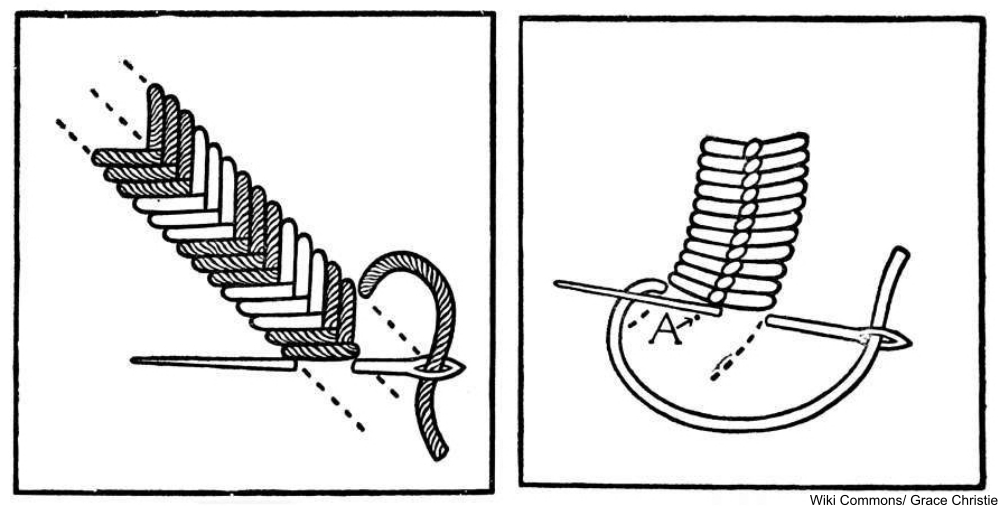 Books like those written by Mrs. Archibald Christie in the early 20th century catalogued stitch types, something settler women would have never seen before. Via/ Wiki Commons

It was in the American colonies that samplers became useful in teaching young girls the alphabet and numbers and were sometimes employed as a device to record family history, Bible verses, or sayings of wisdom. 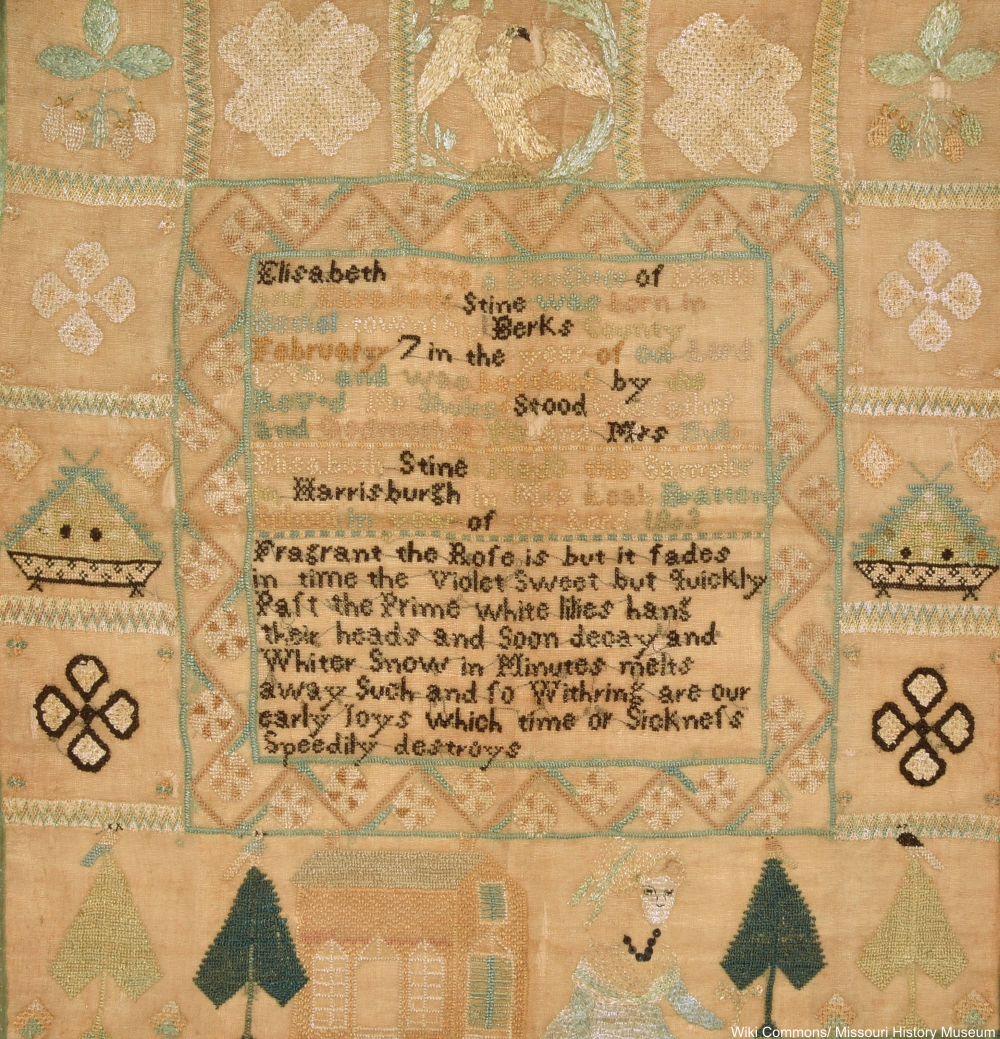 From original caption: “Sampler made by Elizabeth Stine in 1803 in Harrisburgh, Pennsylvania. It was created under the guidance of Mrs. Leah Bratton, also known as Leah Galligher or Leah Meguier, a well known girls schoolteacher in Pennsylvania in the 1790s to 1820s.” Via/ Wiki Commons

For girls from middle class families, the sampler showed the refinement of her stitching and her suitability for marriage. For girls coming from trade schools or orphanages, however, their stitching would function more like a portfolio for future employment.

With fabric such an expensive commodity until well after the invention of the power loom, these scraps had to serve many purposes. As time went on the nature of samplers changed, with the few produced in the 20th century focusing on advanced techniques. Samplers no longer served the purpose of basic education since compulsory education laws meant that American girls were learning their 3 Rs in school, with pencil and paper.

Today they function as beautiful reminders of a time long gone when a woman’s skill with the needle was a foundational aspect of her ability to keep house.

Samplers from the 19th century and earlier can fetch a pretty penny these days, with collectors sometimes searching for samplers from a certain school or family. Many are sold for under a $100, but particularly fine examples can sell for many hundreds of dollars.

Click here to find out the secret message coded in a 19th century sampler!