Antique Asian pottery has had a good market for centuries because of the fine detail and craftsmanship on these items. One style the falls into this category is moriage and there are a few of misconceptions about this type of decorative pottery. Read on to find out more about these wonderful (and fragile) works of art. 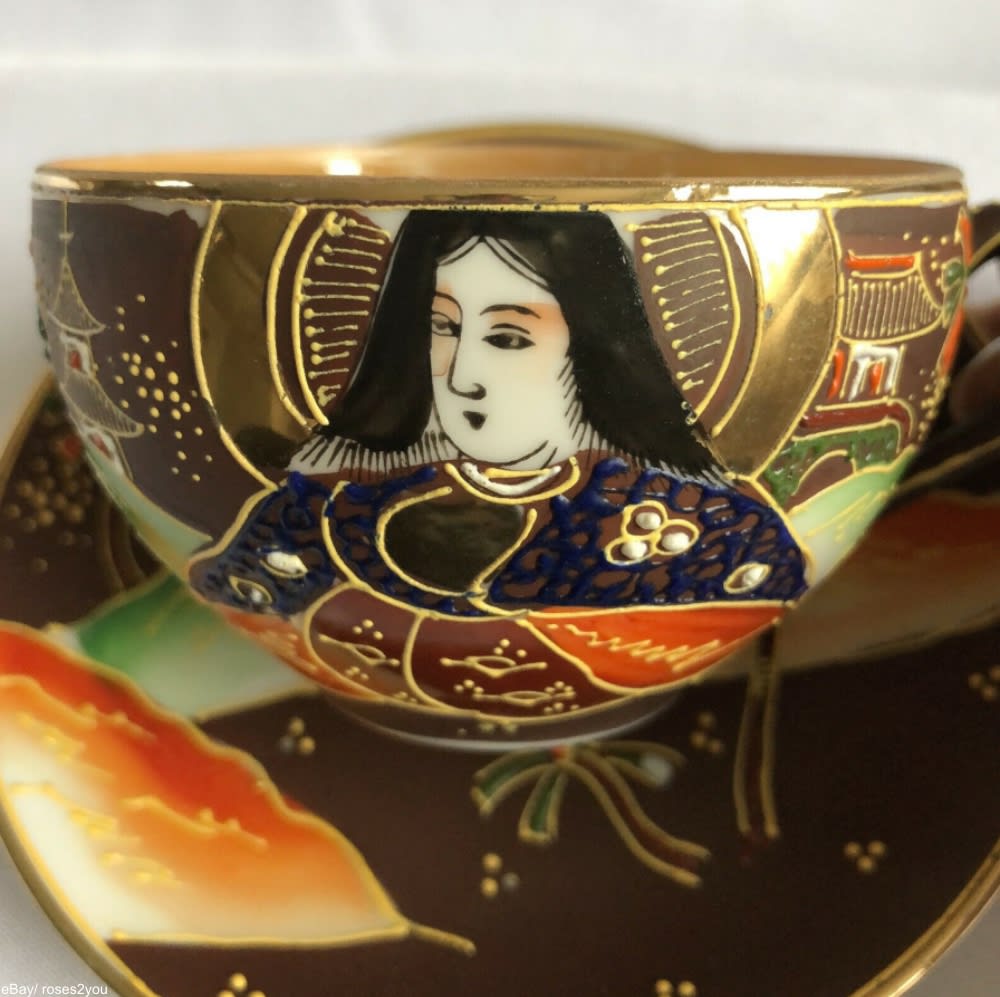 Similar to cloisonné in appearance and design, moriage designs are applied using slip (a clay product) on top of the pottery and then fired. In cloisonné the colored glazes (or sometimes crushed gems) are applied onto metal and then fired in a kiln.

Moriage dates back to the 17th century in Japan and the creation of what is now called Satsuma. In the Satsuma region in Southern Japan there was a burgeoning Korean immigrant population that was producing a variety of pottery at the time. The Satsuma style involved classic vase and pot shapes that were covered in raised designs. These designs were built up using gilt (gold) for a 3D effect that was not easy on the wallet. 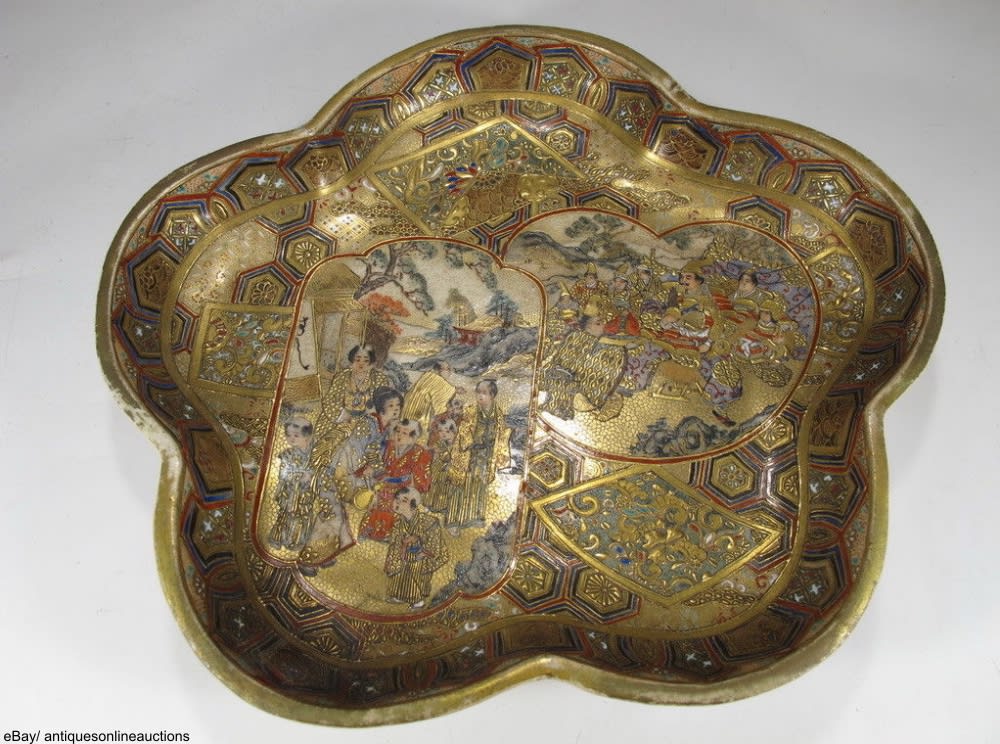 It wasn’t until the early 20th that the same type of look was created specifically for the export market, only this time the raised areas were created with slip, thereby reducing the cost of these pieces quite a lot. Earlier pieces made for the domestic Japanese market are much harder to come by since they are older and were not produced on the same scale as their later counterparts.

During World War I, the absence of European pottery from the market led Americans to buy Japanese pottery in great numbers. The moriage from this era was sometimes produced as a cottage industry and is often referred to as American moriage since most of it ended up being sold to Americans.

Satsuma designs will often be less raised than those moriage items made for export in the early 20th century.

What Are the Most Valuable Pieces?

Older pieces of Satsuma, with plenty of gilt, are the highest selling items in the moriage category. Prices can range from $100-$2,000 and beyond for quality pieces which have little to no damage. Some of the oldest Japanese pieces in Satsuma style will have a cross inside a circle on the bottom of the piece indicating it was made while the Shimazu family reigned in Satsuma. 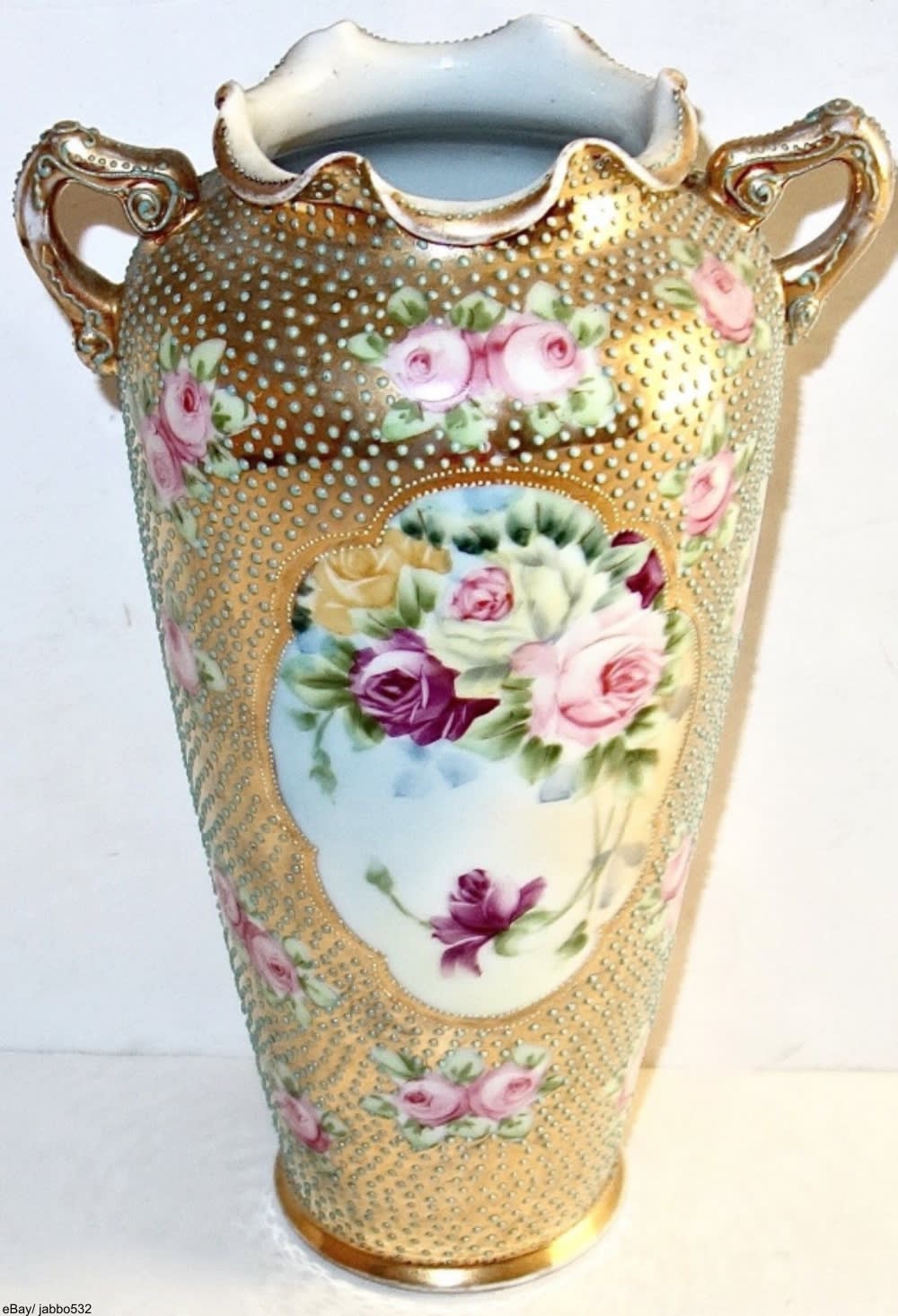 Pieces marked “Nippon” are going to be some those export pieces and were made between the late 19th and early 20th century. These items still have value, but tend to sell more modestly with the low end price being a measly $10. However, desirable designs in excellent condition can fetch up to $700 or more. The price is all in the details and the condition. Look for high quality of workmanship. Sloppy moriage or incomplete decoration are two hints that the item os probably more recent and therefore of lower quality.

Dragonware refers to a specific type of moriage which depicts dragons, each tendril and scale raised – not with gilt but often in white or black. The most common pieces of dragonware are tea sets, teapots, and vases. 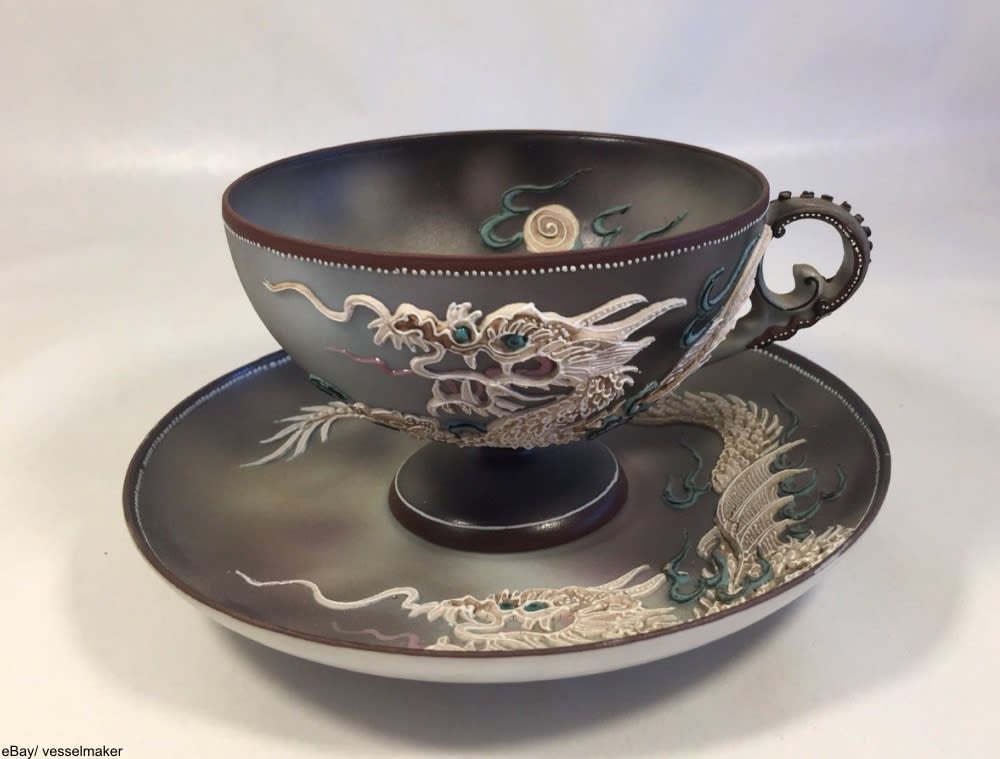 These pieces can be especially striking, but tend to have a lower value since the bold look of dragonware does not appeal to all pottery collectors. Vases or teasets in this style often sell for between $75 and $300 depending on the level of detail. Like many other types of moriage, if tiny details have been broken off over the years then the value is negatively impacted. Many of the dragonware pieces were made in the 20th century, but there are older pieces of Satsuma out there if you know what to look for.

Yes, this style is still being produced today, but often with a much much lower quality over all. Modern pieces of moriage can sometimes be identified by their more modern style, but often times they are made in an older fashion and can at first glance appear to be old. The reproduction below has some telltale signs: the only raised part of the design are the dots outside the images and those dots are unevenly spaced. 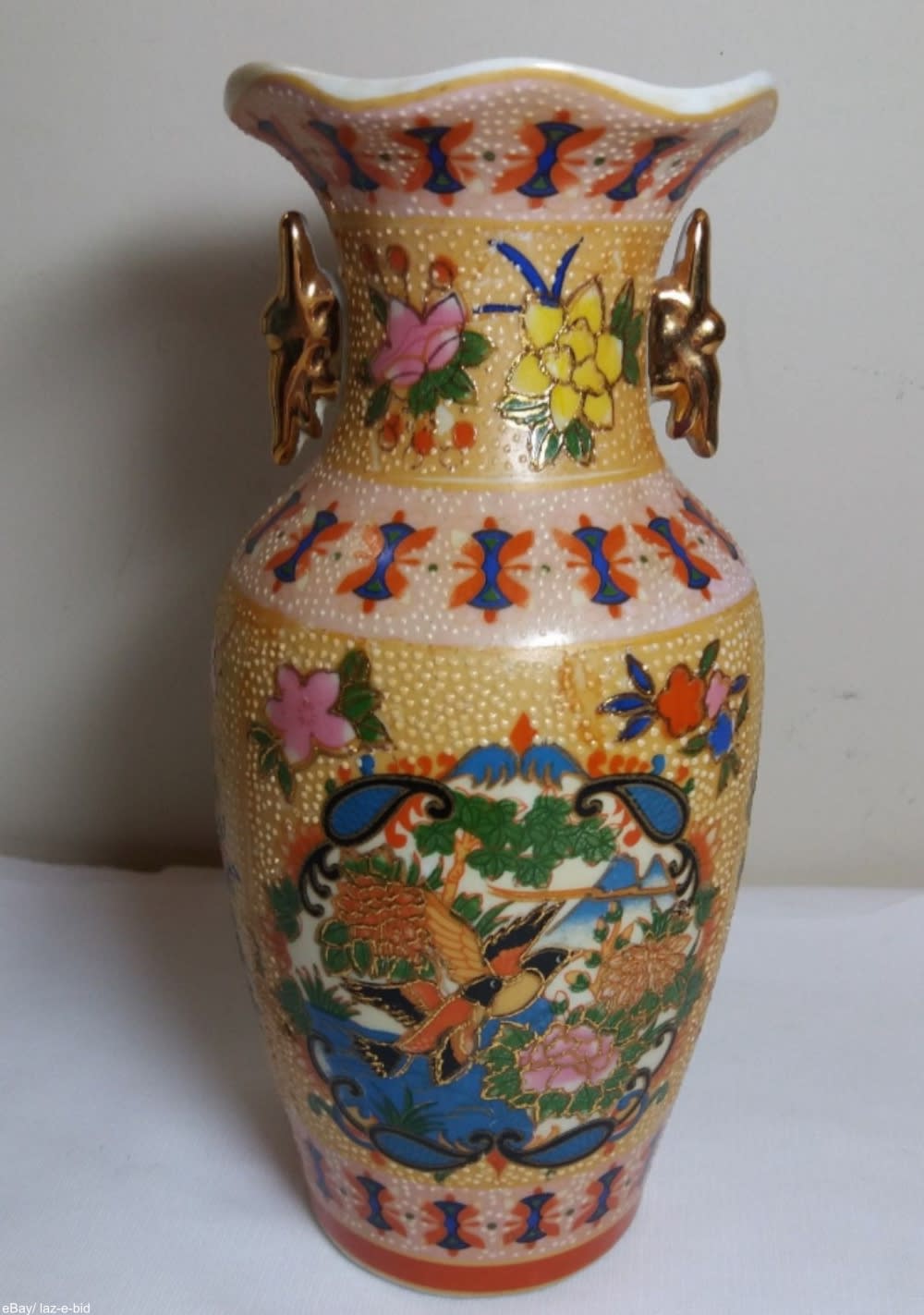 Inspect all pieces carefully for quality, for makers marks, and for damage. While any piece of moriage can be damaged quite easily, modern moriage is sometimes only dotted on acrylic paint and will not sustain damage in the way an older piece will. Fakes flooded the market in the 1980s after dealing in moriage became profitable, sos be aware that these fakes are still being sold as real in some cases.

10 things you never knew about Blue Willow pottery: Click “Next Page” below!