Taxidermy has been a popular area of collecting for many years and antique stores often will have at least a small selection of these items for sale. There’s something so old fashioned about these pieces, both in concept and execution. We’re reminded of 19th hunting lodges each time we see these impressive feats of preservation. But, the world of collecting taxidermy is far more complicated than most people would ever assume. 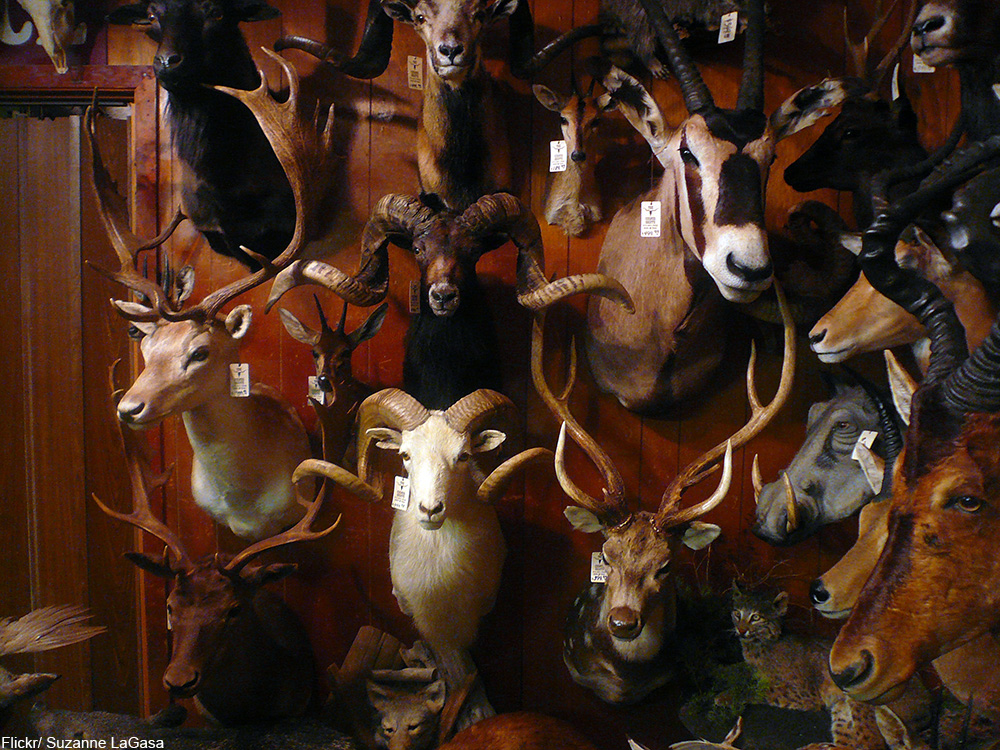 The Craze for Taxidermy

Taxidermy was a very popular Victorian hobby and the turn of the century saw a wave of new preservatives, wire, paint, and realistic glass eyes that enabled the home enthusiast (with enough talent) to create their own taxidermy on the weekends. 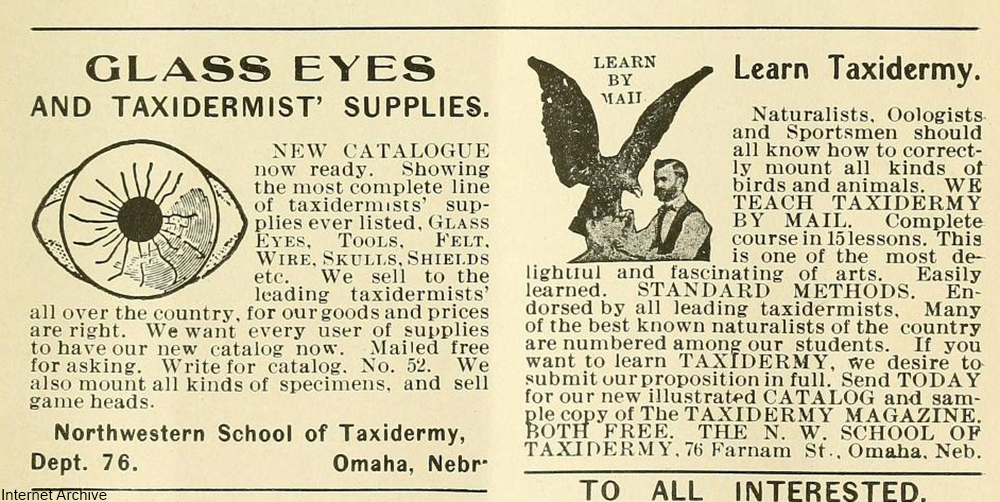 The tradition of taxidermy comes not only from the hunting culture of Britain, something the Victorians were quite keen on. The prize of the hunt was not only the meat, but often the display that could be made afterwards and hung on the wall. Taxidermy also became more common following the Age of Enlightenment.

The curiosity of scientists in studying anatomy and preservation gave rise to the practice of scientific taxidermy, something which the Victorians later turned into entertainment. 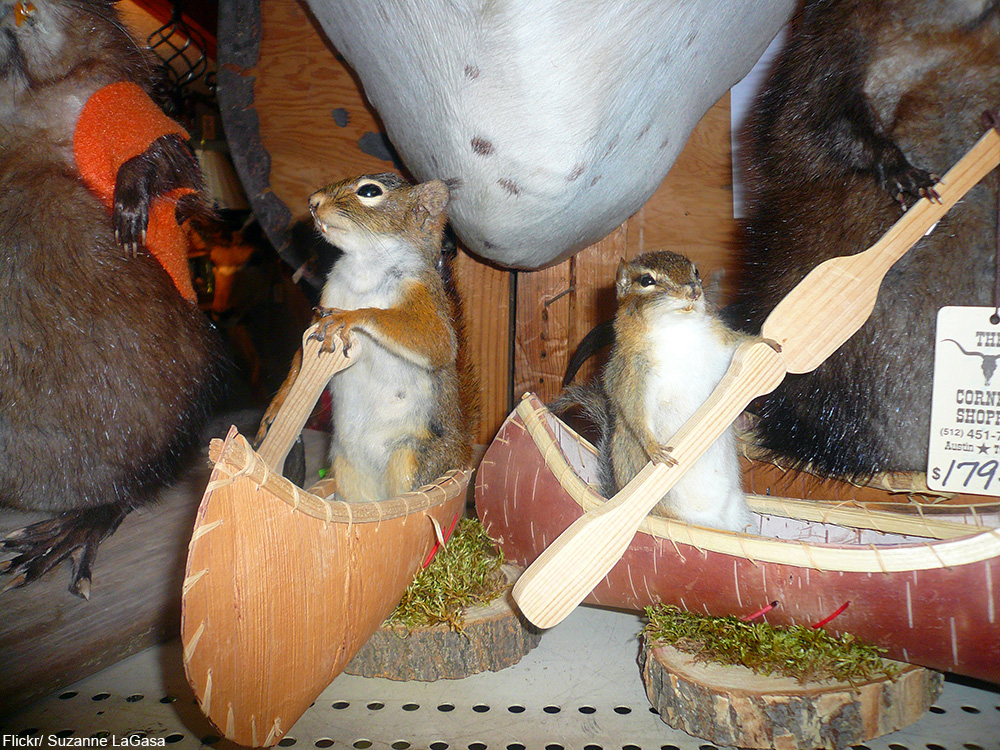 An exhibit at the opening of the Crystal Palace in 1851 in London captivated Victorian audiences with anthropomorphic taxidermy by German taxidermist, Hermann Ploucquet. It is from this tradition that we we get the mice drinking tea, rabbits as schoolchildren, and other strange dioramas.

Taxidermy was not just for display purposes. Everyday objects could be transformed into items of luxury if they included elements of taxidermy. 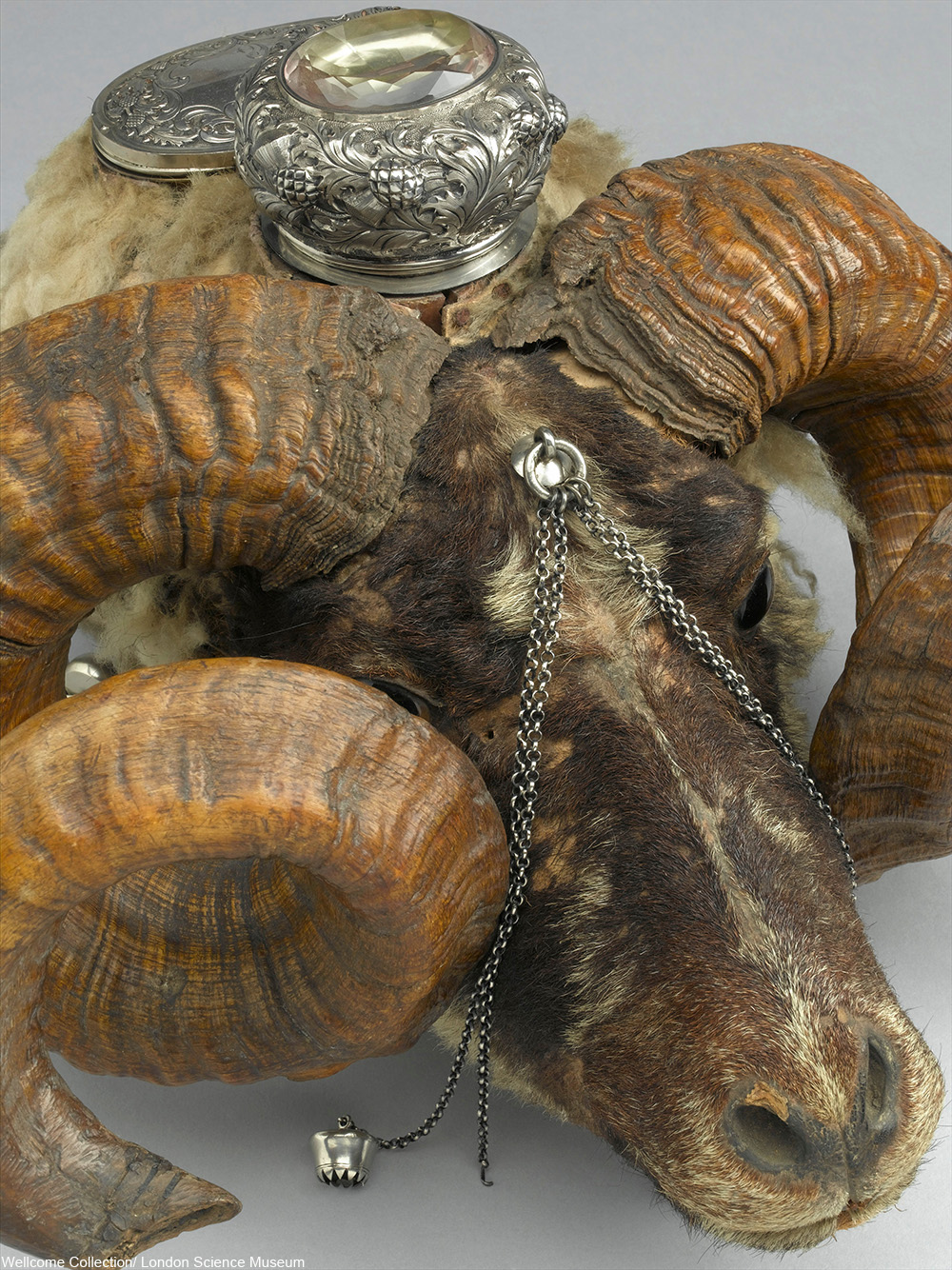 Rams head snuffbox from the 1880s. Via/ Wellcome Collection

Some people find the whole idea extremely morbid. And it’s no wonder when there is some very badly done taxidermy out there, not to mention the overhunting of certain animals for their post-mortem offerings. It brings to mind extreme hunting for the hat plumage craze of both the Victorian and Edwardian eras, one which saw quite a few species of birds hunted to extinction. Some of these hats also used complete taxidermy specimens as well. 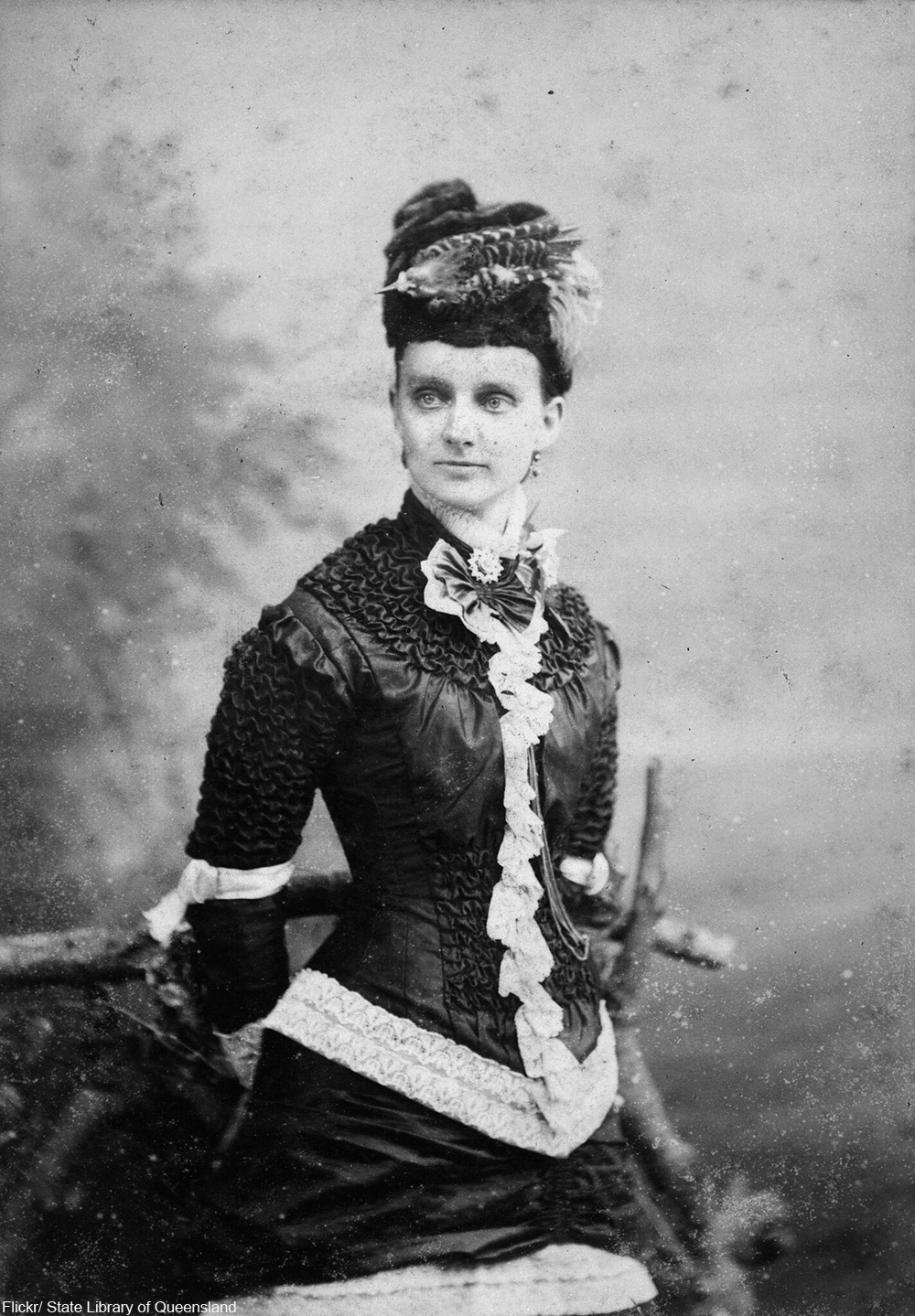 This affluent woman’s hat contains an entire taxidermy bird rather than just feathers. Photo from the 1880s. Via/ Flickr

In another case the wild buffalo of the American West were hunted to dangerously low numbers. Buffalo, being a key source of food for the Plains Indians, were seen as a key strategy in the removal of Indians from their land. Taxidermy buffalo specimens were sold to white settlers, used in advertising, and made for scientific study during Western expansion. 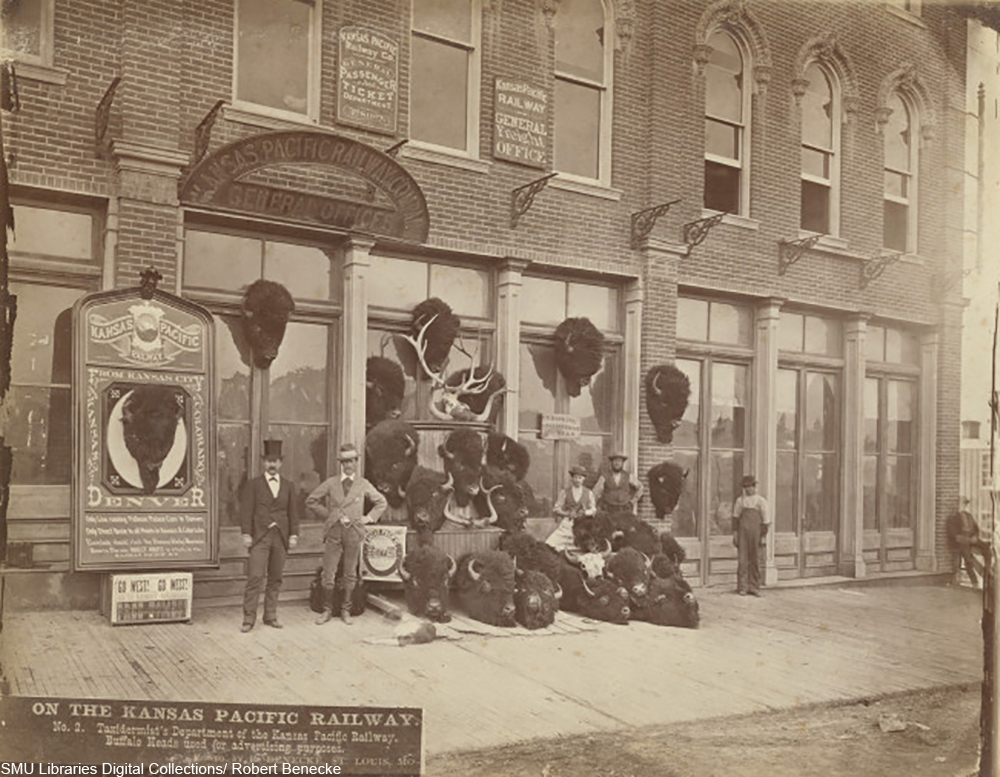 On the other end, many of the historical specimens in salable condition are still quite collectible, despite the implications of their creation in centuries past.

Yet another side to taxidermy collecting is the world of fantasy taxidermy. In 2014 a pair of taxidermy “unicorn” heads sold at a Christie’s auction for £35,000, the equivalent today of $44,000. The heads were created in the 20th century using white horses and simulated narwhal horns. 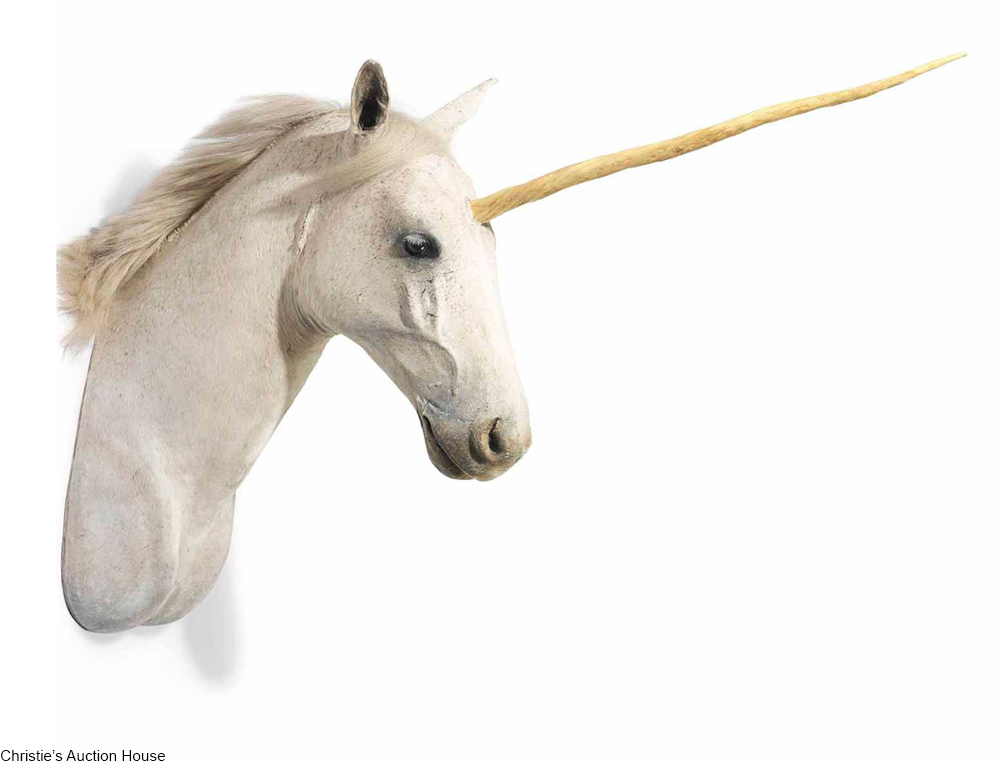 Both the hobby and the collecting side of this unusual genre have been gaining traction as of late, despite animal rights being a very modern concern. There are taxidermists who primarily work on found animals and the profession is increasingly dominated by women taxidermists.

Today, collecting is often based purely on personal preference and aesthetics, barring of course those species which it is illegal to sell (see below).

What to Watch Out For

Taxidermy objects can be extremely fragile. Bent or missing pieces, as well as molting fur or feathers, can create a much different look from what was intended. Be on the lookout for signs of damage. An antique taxidermy item is unlikely to be in mint condition, but you should be wary of a piece that is shedding as it will most likely continue to do so for years to come – the same is true for fur coats and stoles.

Another aspect to be careful of is buying or selling items which are prohibited by local laws. Endangered animals and their remains are not permitted to be bought and sold in the U.S. and many other locations besides. Examples of illegal species to buy are tortoises and many turtles, elephants (and ivory), and many bird species (including bald eagles). Have a look at this checklist if you are ever unsure about an item of taxidermy. 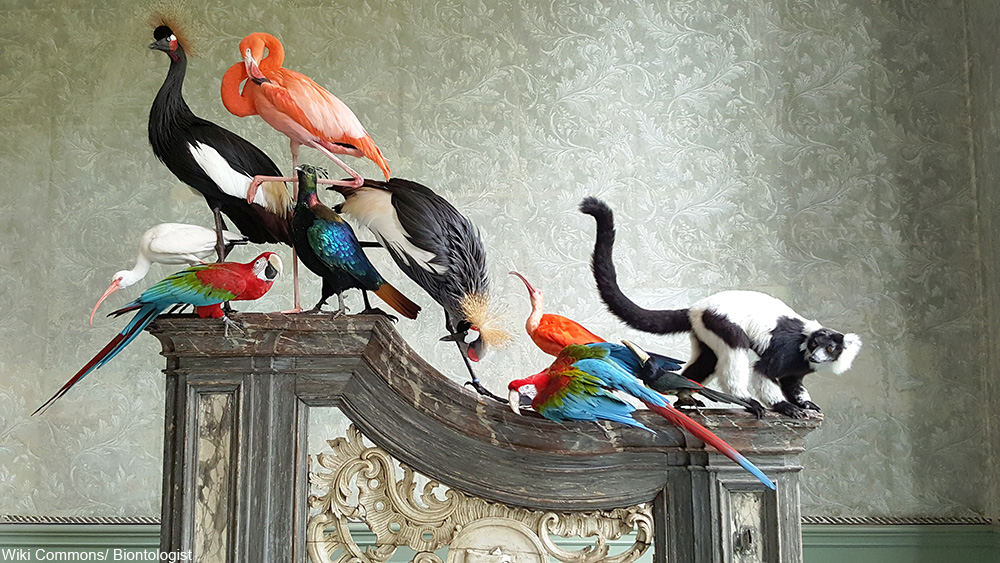 Exemptions for endangered or threatened species can only be made if the seller can confidently prove through paperwork and recorded provenance that the item is antique and predates all laws on the matter. In the case of threatened migratory birds, even possession is not allowed except by federal permit.

For the above reasons many people prefer to collect more prolific species. The often-humorous poses of the more common taxidermy animals (like mice, foxes, raccoons, and other small animals) never fail to delight at least a few customers at antique stores. And, they certainly take some of the morbidity out of the genre.

The heartbreaking story behind Victorian hidden mother photos: Click “Next Page” below!