In March of 2019, long-time Jeopardy! host, Alex Trebek, announced on the social media accounts of the show that he had been diagnosed with stage 4 pancreatic cancer.

Trebek thanked the viewers for their support and said he hoped to beat the disease with treatment. Trebek also stunned audiences by stating that he would continue to work on the show for as long as he was able to, including during chemotherapy treatments. This bold (and very public) move resulted in an outcry of support from fans. And, now Trebek announced that his treatment is going far better than anyone could have anticipated. 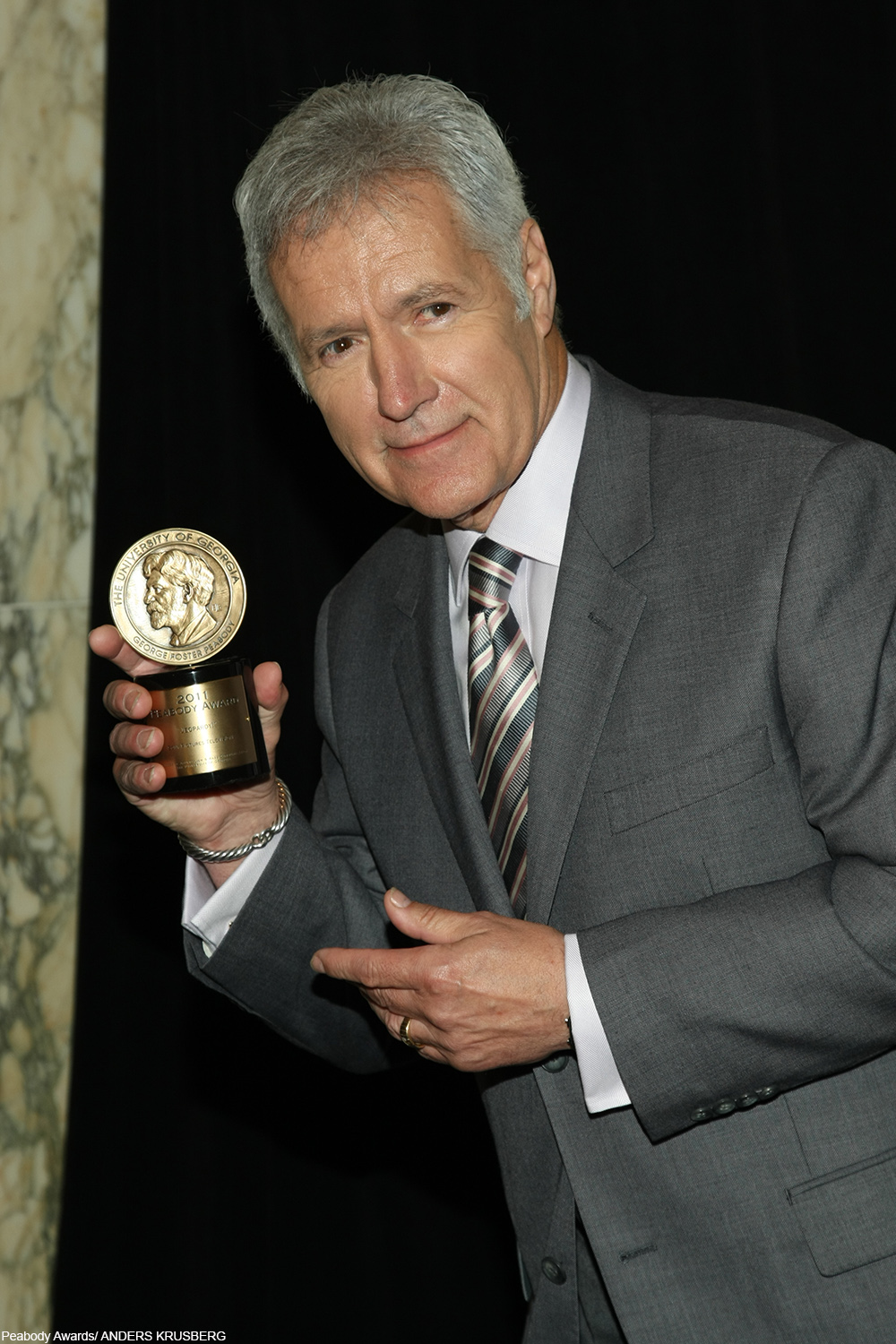 At around 3 months into treatment, Trebek has now said that some of his tumors have shrunk by as much 50% and that he is close to being in remission. Pancreatic cancer has one of the lowest survival rates of any adult cancer at just 9%. However, Trebek seems to be responding quite well to treatments.

In the game show host’s own words he finds the new prognosis “mind-boggling” and said that his doctors between them have no memory of this ever happening with this type of cancer. Unfortunately, there are still several rounds of chemotherapy in Trebek’s future to ensure the best chance of full remission. A positive early report like this does not mean he’s out of harm’s way. But, it is a very good sign. 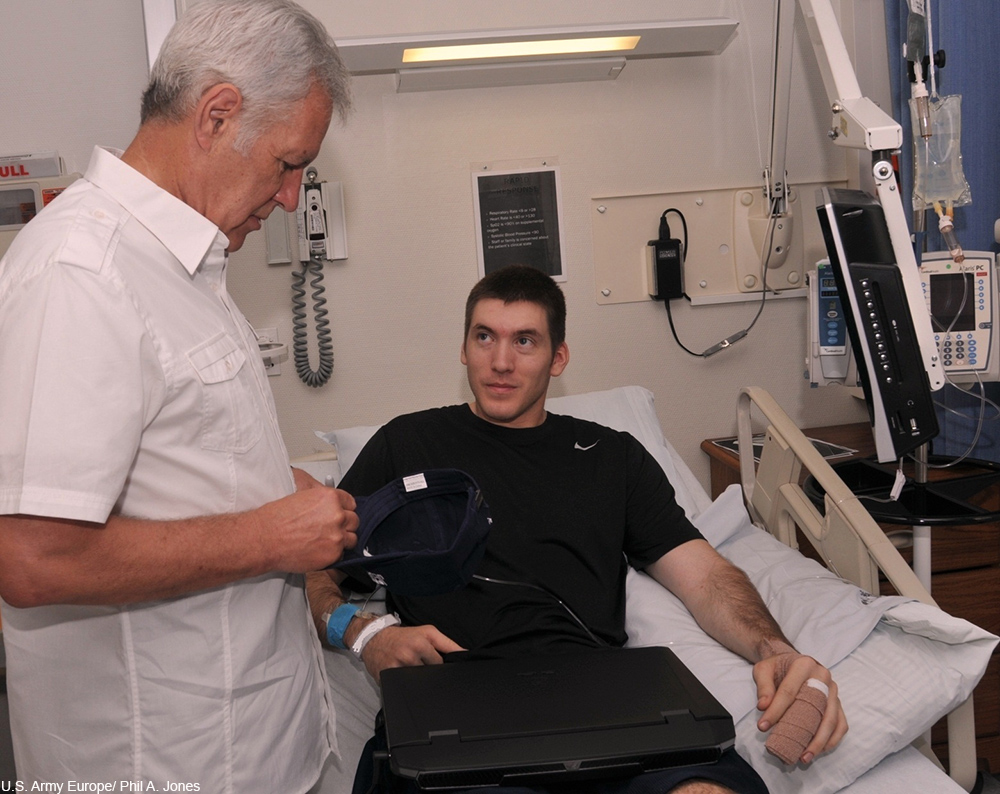 Trebek with a wounded American soldier in Germany in 2012. Via/ Flickr

When he got the news he said he cried “tears of joy” after having felt increasingly depressed because of the disease and the treatment. Some of the most common side effects of chemotherapy are fatigue, nausea, hair loss, digestive changes, neuropathy, and anemia. It’s no wonder so many people fall into a funk during and after chemotherapy.

Trebek’s turn around may be a sign of a really amazing medical team, but he also has another theory on why the chemo is working so well: the fans. Trebek said that he has an advantage that most people never get during cancer treatments. Trebek said: “I’ve got a couple million people out there who have expressed their good thoughts, their positive energy directed towards me and their prayers. I told the doctors, this has to be more than just the chemo, and they agreed it could very well be an important part of this.” 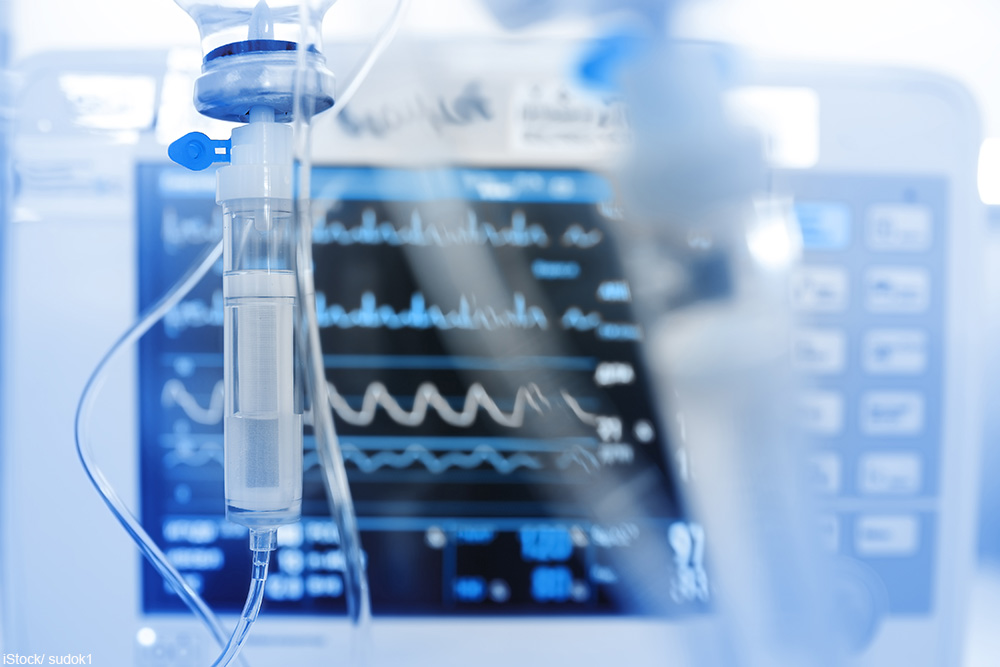 In recent years the role of emotional support, a caring community, the power of personal belief, and compassionate care have recently changed how we think about recovery from illness and there is some chance that having so much support has actually changed the outcome of the treatment.

It’s not surprising that Trebek wants to work through as much of the treatment as possible. He has suffered two mild heart attacks over the years, neither of which he missed recording for. Trebek also took a very short medical leave when he suffered from a subdural hematoma which required surgery to remove blood clots from his brain.

The 78-year-old is currently contracted to be the host for Jeopardy! until 2022 and we certainly hope he gets to finish out his career just as he planned.

Research suggests that strong friendships are good for your health: Click “Next Page” below!