Some people take Halloween pretty seriously, especially when it comes to their costumes. Anna Tew ended up in the emergency room after a recent health scare involving $3 adhesive fake fangs.

“I was trying to remove them then because they were just tight,” Tew told WKRG about the fake teeth, which she secured with the glue that came with them. “It went on and on and I was trying to get them out, and after it was over with, I tried until it was like 2 o’clock this morning. They wouldn’t budge.” she continued, “I even took a pair of wire clippers and cut the tips off of those.”

She said that she was in excruciating pain, but didn’t know if she would go to the ER or not. 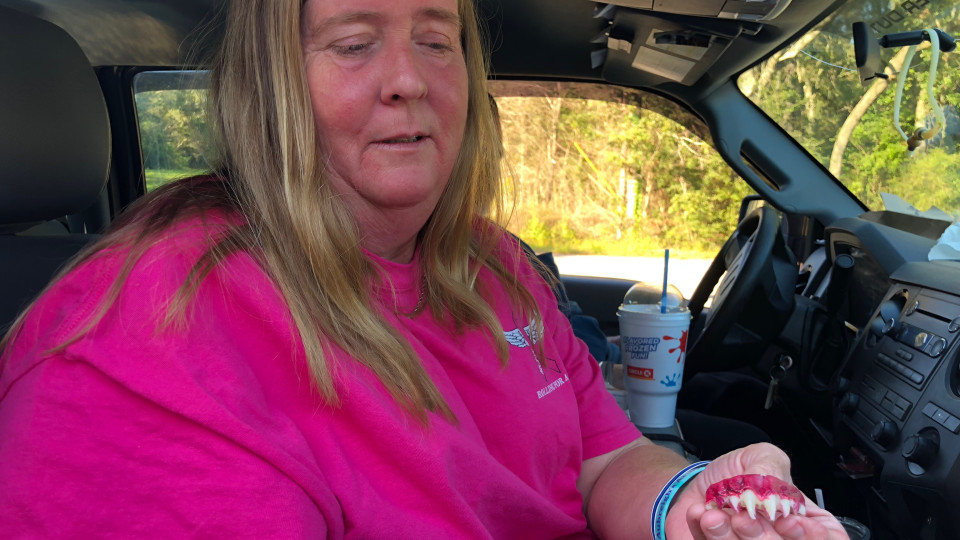 She was finally able to find a dentist who was able to get them out. “He talked about drilling. They had a saw, talked about taking [them] off in sections, and they couldn’t numb it because they were scared they would actually pull my teeth out,” said Tew. “So he went in and picked and pulled and I squealed like a baby and they got them out.”

Dr. John Murphy, DMD, at Alabama Family Dental explained to the news station that, “Just the natural state of your teeth and your gums can sometimes cause something to adhered and get stuck.”

So take this as a warning that if you plan on using adhesive with your fangs, make sure to read the label and maybe opt for not doing it at all.