U.S. Air Force veteran, David, spent years stationed overseas. Flying on commercial planes in the 1970s he witnessed a number of men wearing Rolex watches. It was another era when airline flights were so expensive that usually only the wealthiest of travelers could afford the ticket prices. However, once he took up scuba diving he bought a 1971 Rolex Oyster Cosmograph with a Mark II dial watch because the model is known to be watertight. Fast forward to the year 2019 and he brought his watch to be appraised on PBS show, Antiques Roadshow, filmed in West Fargo, North Dakota. 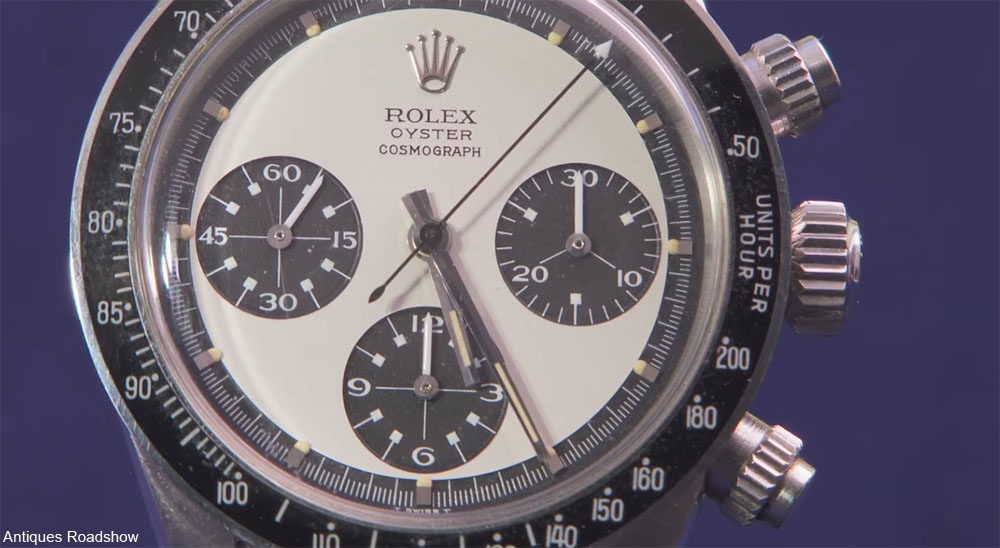 All these years the watch was such a prized possession that David never wore it and kept it in a safe deposit box. This makes it all the more valuable and when appraiser, Peter Planes, examines the watch he finds that even the foil sticker on the back of the watch is still intact. The timepiece had all the original paperwork with it as well, which as many of you will know often helps quite a bit when it’s time to sell a piece. 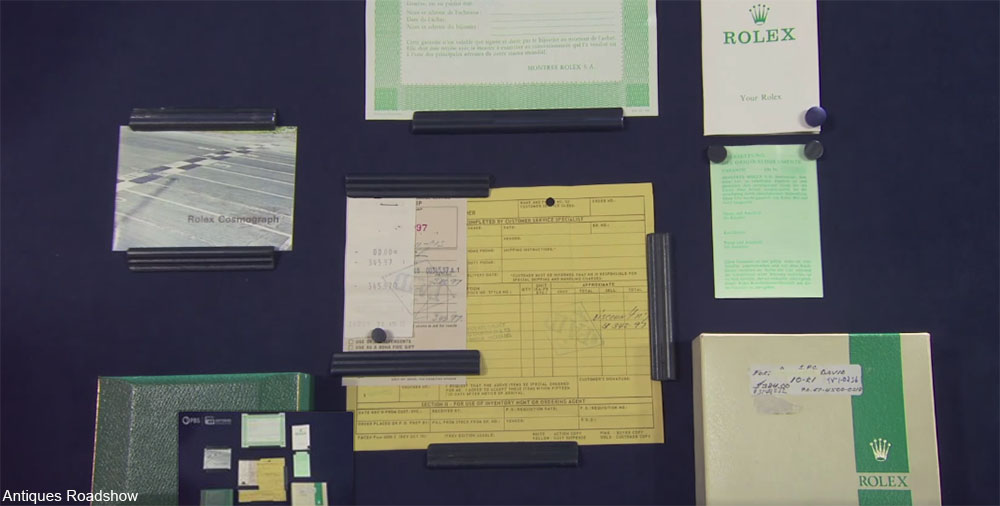 At the time he purchased the watch he paid $345.97 in 1974 which was about a month’s salary for him! And, that was with his military discount of 10%. However, when Planes explains the base value of the piece today, the Air Force vet can hardly believe what he’s hearing and drops to the ground when the number “$400,000” is thrown around.

At this point Antiques Roadshow film crew, as well as the appraiser, rush over to see if he’s fainted, but instead they hear him laughing with delight. You have to wonder how many times they’ve actually seen people faint during an appraisal. It can be really shocking to learn that something you hoped was valuable is actually worth more than you ever dreamed of. 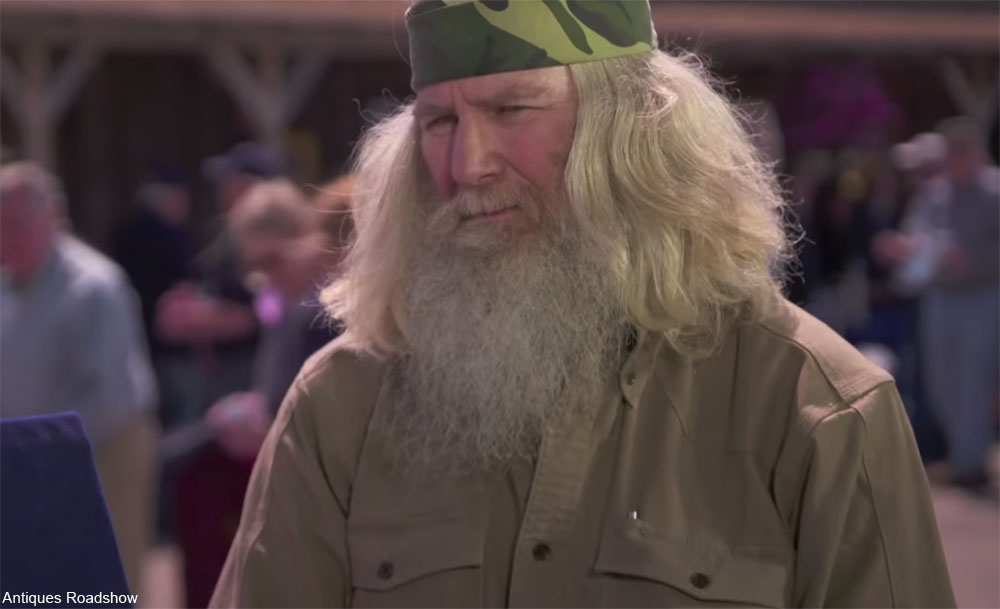 Then, Planes says that the auction value could be quite a bit higher at $500,000 to $700,000, and the shock increases for David. Even just the blank paperwork, according to the appraiser, can be sold for thousands of dollars.

Have a look at this incredible appraisal in the video below.