AirAsia Is Opening A Restaurant Cause Their Food Is “That” Good

Airline food might be okay if you’re in a pinch but it’s not like people are typically dying to have some, right? If you’re stuck in the air and have no other options, it is fine. However, the good folks at AirAsia have decided that they need to throw their hat into the ring. Apparently, their food is so good, it warrants having its very own restaurant.

The dishes are based on the options that are provided on their in-flight menu. We cannot believe how gutsy they are. It takes some real courage to belly up to the bar like this. In a world where most people associate airline food with mediocrity, this is a very bold move. Santan and T&CO are responsible for the launch. We must admit that we are somewhat curious.

There are not many airlines that would have had the guts to make this sort of move. Those who visit the Kuala Lumpur, Malaysia mega-mall where this restaurant has been opened can enjoy all sorts of Asian cuisine, at a highly affordable price. The airline seems to think that there is a sizable demand for this eatery. Only time will tell if they are correct about this matter. 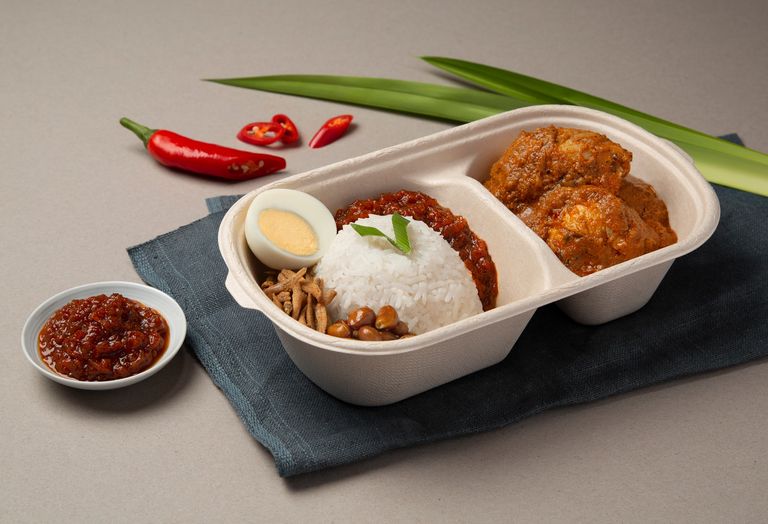 The in-flight menu offerings are beloved in the region, according to the airline. They view this restaurant as a chance to cater to those who are looking to enjoy these options, without having to board a plane in the process. “This is our answer to that demand,” says Catherine Goh. As the general manager of AirAsia, she is uniquely qualified to make such determinations.

This restaurant is not expected to be a one time only deal, either. AirAsia is confident that they will be able to expand over the course of time. They are planning on expanding within the next five years and if their plans come to fruition, they are going to have 100 franchisees in place. This is ambitious for sure and we cannot wait to see what comes next.

The company also has designs on United States expansion as well. Tony Fernandes, AirAsia Group CEO, is on record as stating that the restaurant will one day expand to Times Square. We will believe it when we see it but that is an awesome goal to have. We hope that they are able to achieve all of their objectives and bring their vision to the people who have been craving it the most.