After Seeing Him Cook Pasta Without Boiling Water, I’ll Never Do It Another Way Again 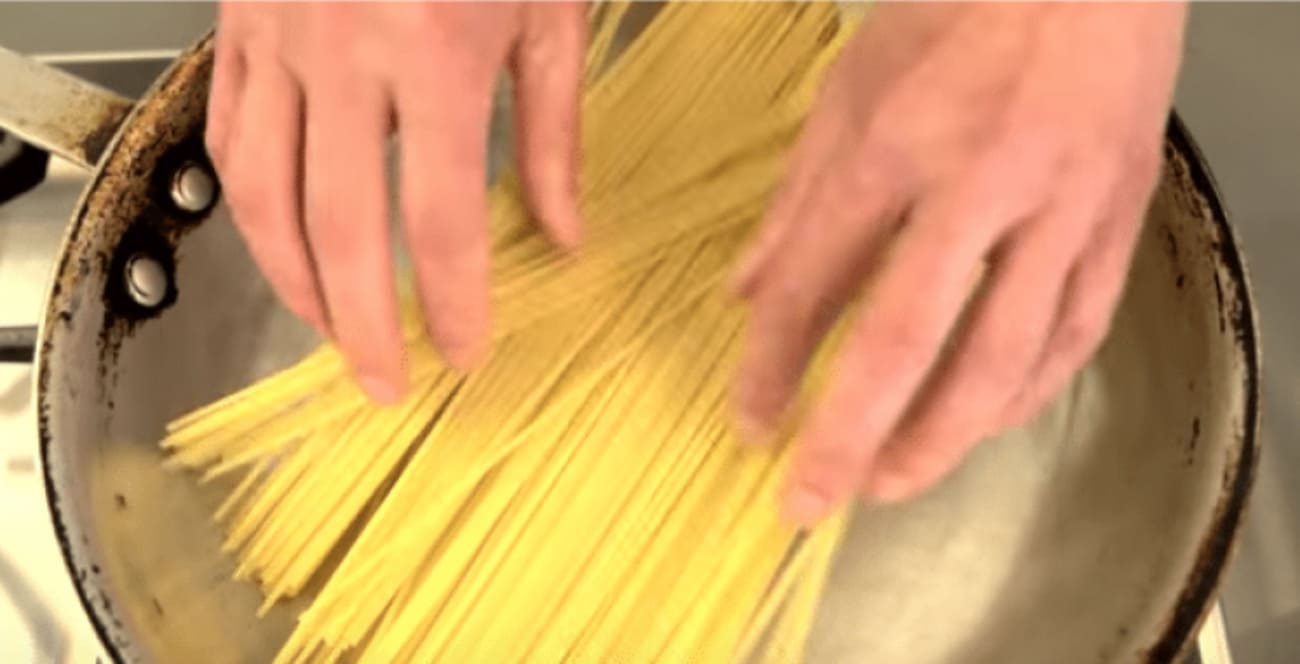 So often in life, we get stuck in our usual routines, largely because they’re easy and we know what to expect. One place where we often get stuck in a rut is in the kitchen, where we make the same meals over and over because they’re easy and we don’t have to think. Routines are great, but sometimes we need to shake up our habits, and what we eat and how we make it is one way to spark a little change. Today, we’re going to blow your mind with a different way to cook pasta.

Pasta is one of the most popular food staples in our pantries, and most of us cook pasta in a large pot of boiling water.

It usually goes like this: boil water, drop in pasta, let it cook, and then strain it off. Harold McGee, author of Keys to Good Cooking: A Guide to Making the Best of Foods and Recipes, has a new way of cooking pasta that will leave folks stunned and satisfied.

McGee sets out to change the way we approach the mundane cooking tasks in our kitchens. In the video below, he shows how the way we cook pasta might not be the only approach or even the best.

This pasta cooking method produces not only a tasty finished product, it also shortens the cooking process. Pasta isn’t terribly time-consuming to cook, but McGee’s method can shave a few precious minutes off the process when time is of the essence. Busy and hungry families will be able to enjoy a delicious meal much sooner.
McGee’s method couldn’t be more natural. In the video, he explains that we “can save a lot of time, a lot of water, and a lot of energy by starting out with cold water and a frying pan.”

And making this happen is much easier than we could possibly imagine. Just put your pasta of choice into the frying pan. Pour a water over the pasta then turn up the heat.

“Because the pasta is cold, it won’t stick to itself at the very beginning. When it’s done, you have pasta that’s perfectly cooked, and you have a thickened liquid that you can use to make all kinds of sauces.”

The video has been viewed more than 11 million times. Hundreds of comments were added, including the following from viewers:

“I’m a college student, and all I have is a frying pan, so this helps a lot!”

“I cooked my spaghetti this way tonight. It worked really well. It saved a lot of time. It tasted the same. I plan to cook it this way next time.”

Although the method worked for many time-crunched Americans, some found it to be blasphemous.

“This is an absolutely wrong way to cook the pasta. Disgusting for what you obtain and unhealthy because of all you lose in nutrition and digestion with this way of cooking.”

What do YOU think about this method?