Today we know abstract art as something from the 1920s to the present- an extremely modern part of the 20th century that didn’t rely on representations of people and objects. This new style didn’t memorialize the charm of a beautiful woman or idealize sunsets and fields of wheat. On the contrary, abstract art was all about shape and color, whatever forms they might take. While the very first abstract artists known to the world at the time were working in the bleak years following World War I, there was a female artist who predated all of them. Her name was Hilma af Klint and she painted her abstract masterpieces in secret. 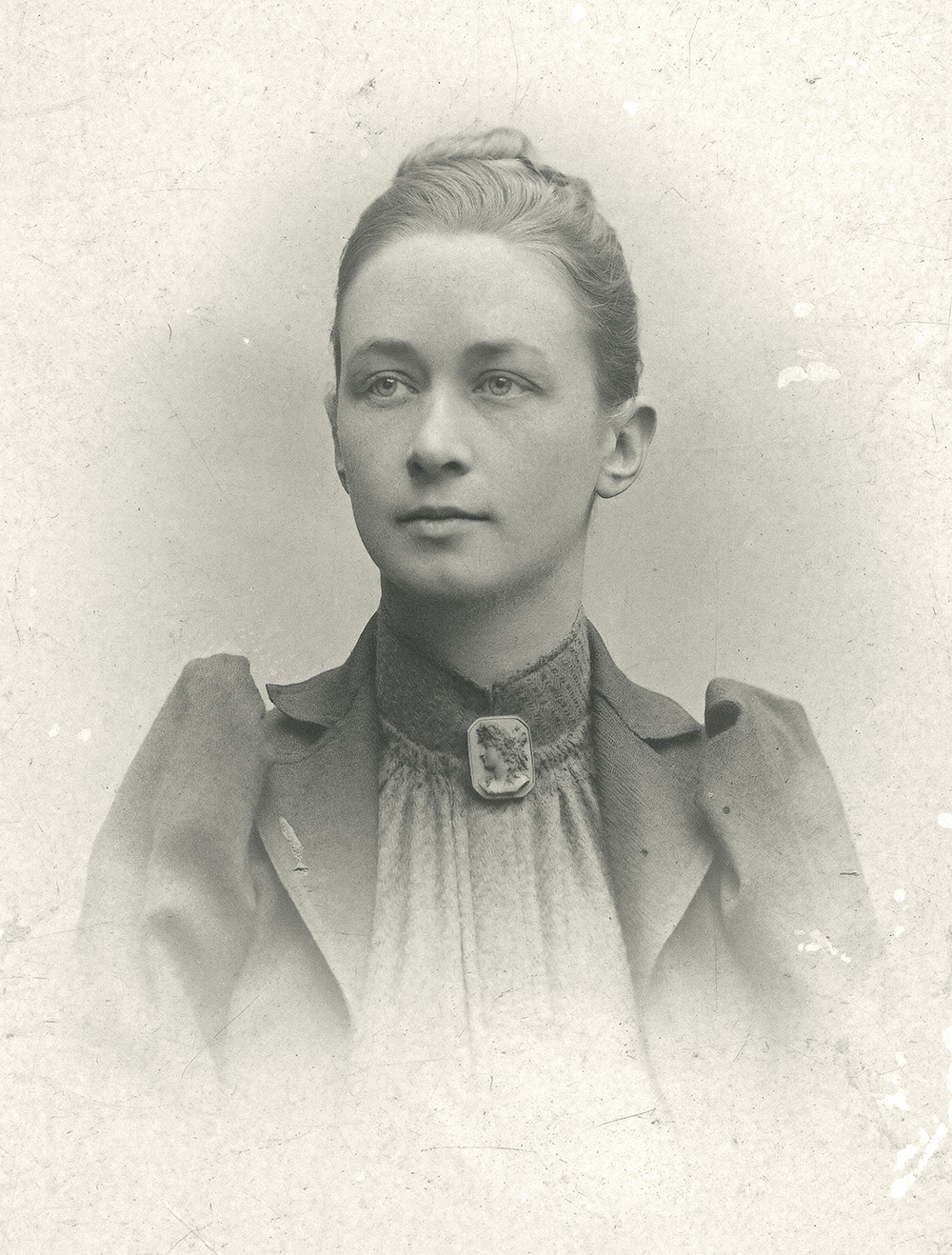 Photo of af Klint published in 1901. Via/ Wiki Commons

Af Klint was born in 1862 in Sweden and was educated at the Royal Academy of Arts- one of the first women in Sweden to be educated formally in the fine arts. She was a gifted painter with an interest in mathematics and botany.

Af Klint was able to support herself thanks to a scholarship which covered her studio and the sales of her conventional commissions. But, when her sister Hermina died suddenly in 1880, af Klint turned- like so many of the era- to the spiritual in order to cope. She was Christian, but favored medieval writings on the subject and eventually joined a The Five- a group of five female artists who met to worship, practice séances, and produce art based on their spiritual experiences. 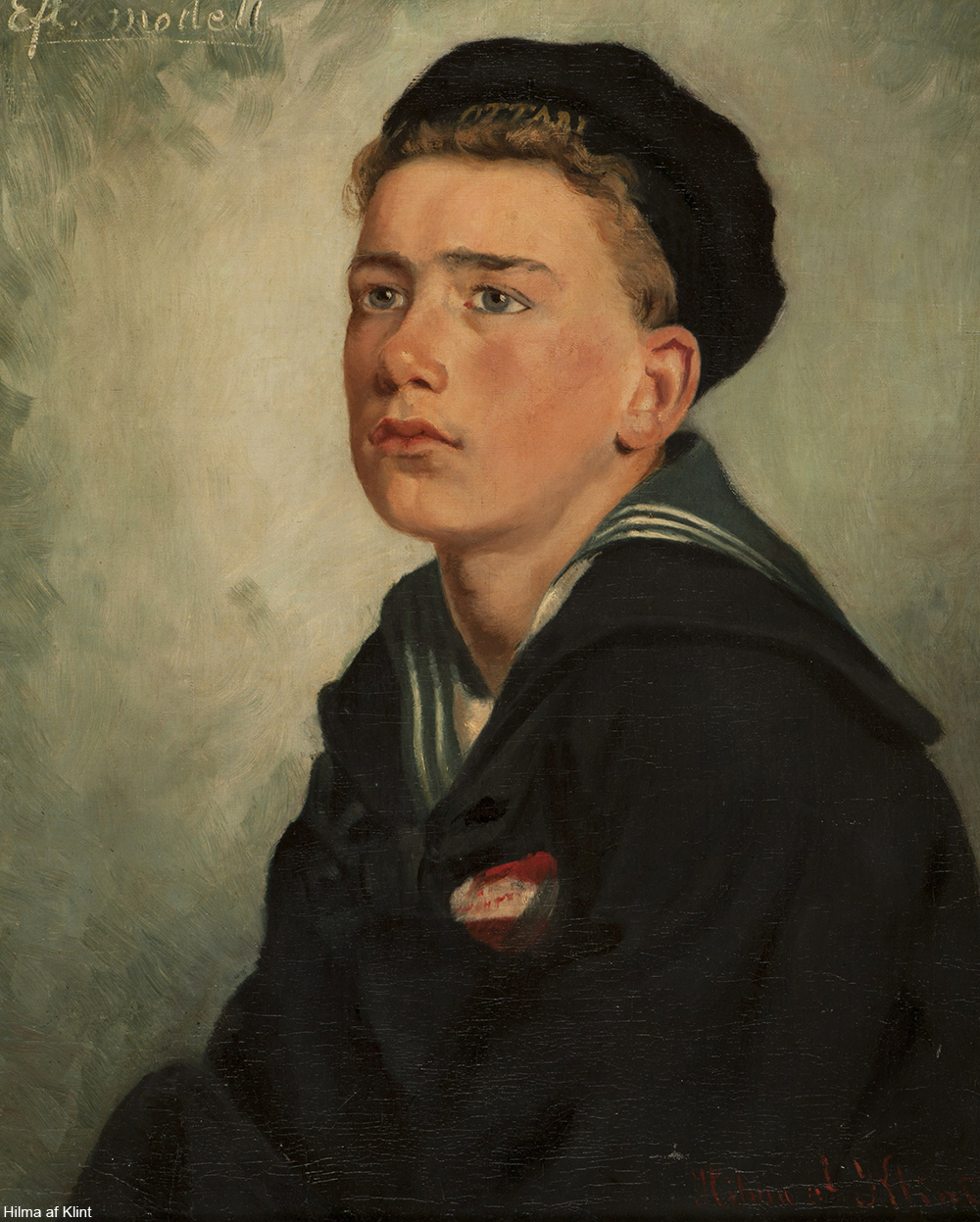 One of her more conventional portraits. Via/ Wiki Commons

During her time with The Five (1896-1908) the group met regularly and af Klint received messages from the “high masters” who guided her more experimental artwork. Her work with The Five took on decidedly abstract designs which were later said to represent broad concepts like male/female spirits and the Buddhist concept of yin and yang. 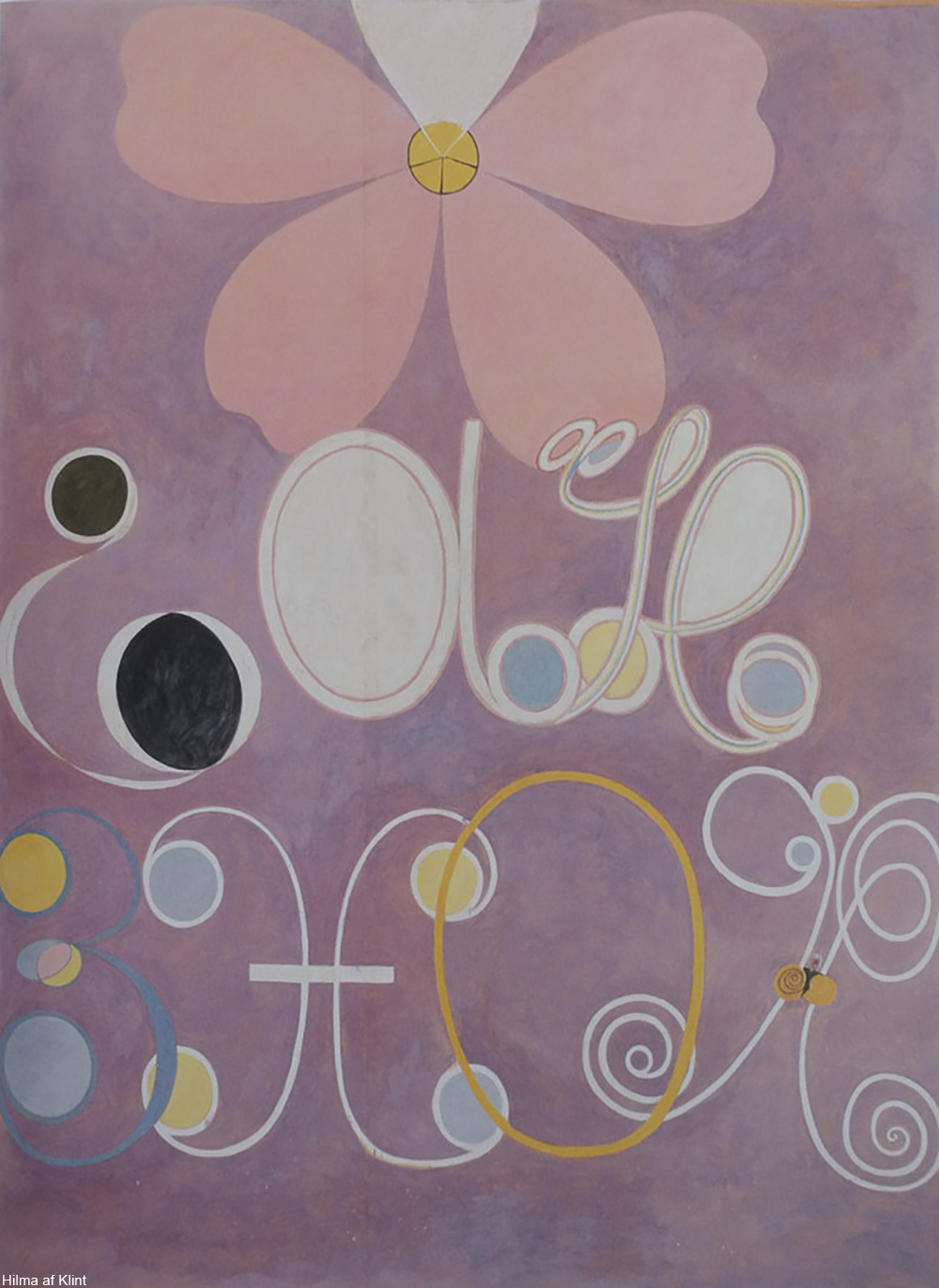 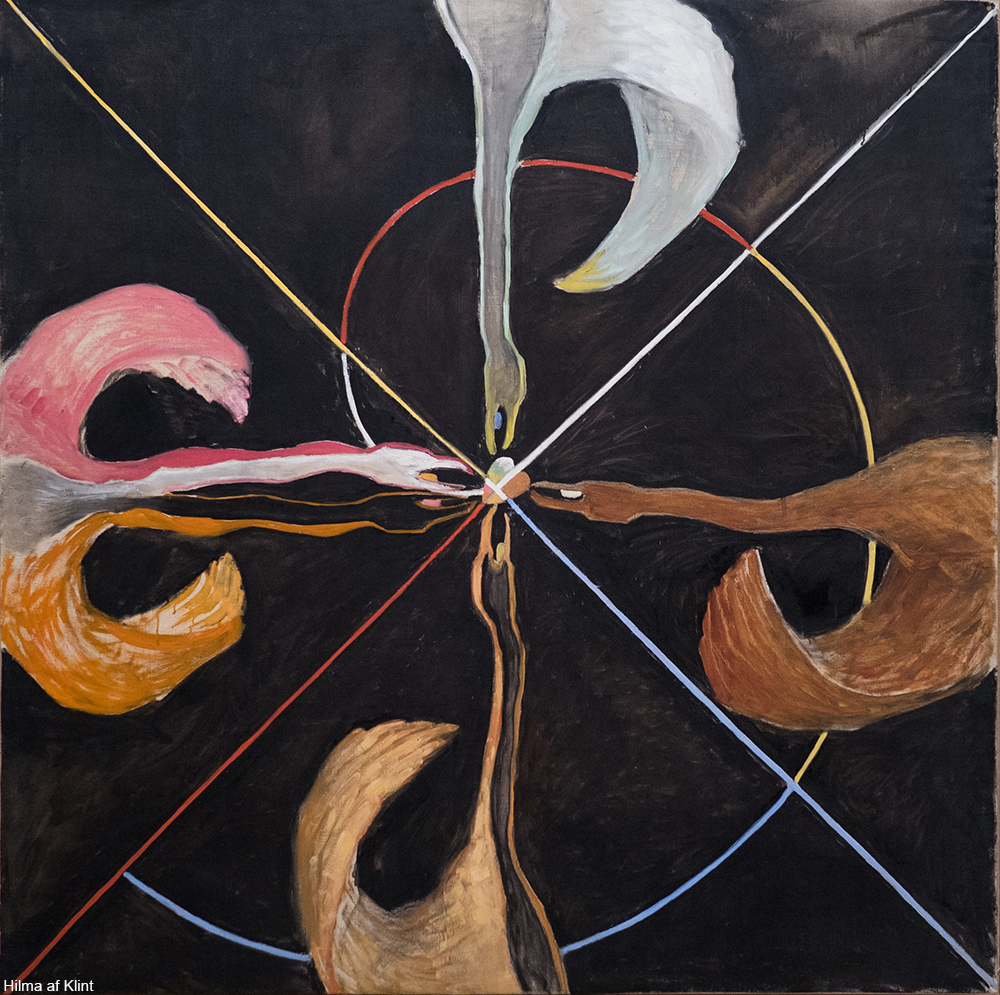 For the High Masters, af Klint created a series for what she called “Paintings for the Temple” despite no such structure or meeting place of The Five. The Temple was a feeling, not a space, and af Klint was compelled to create many very large abstract paintings in service of this mission from 1906-1915. Her primary guiding spirit was one she called “Amaliel”. 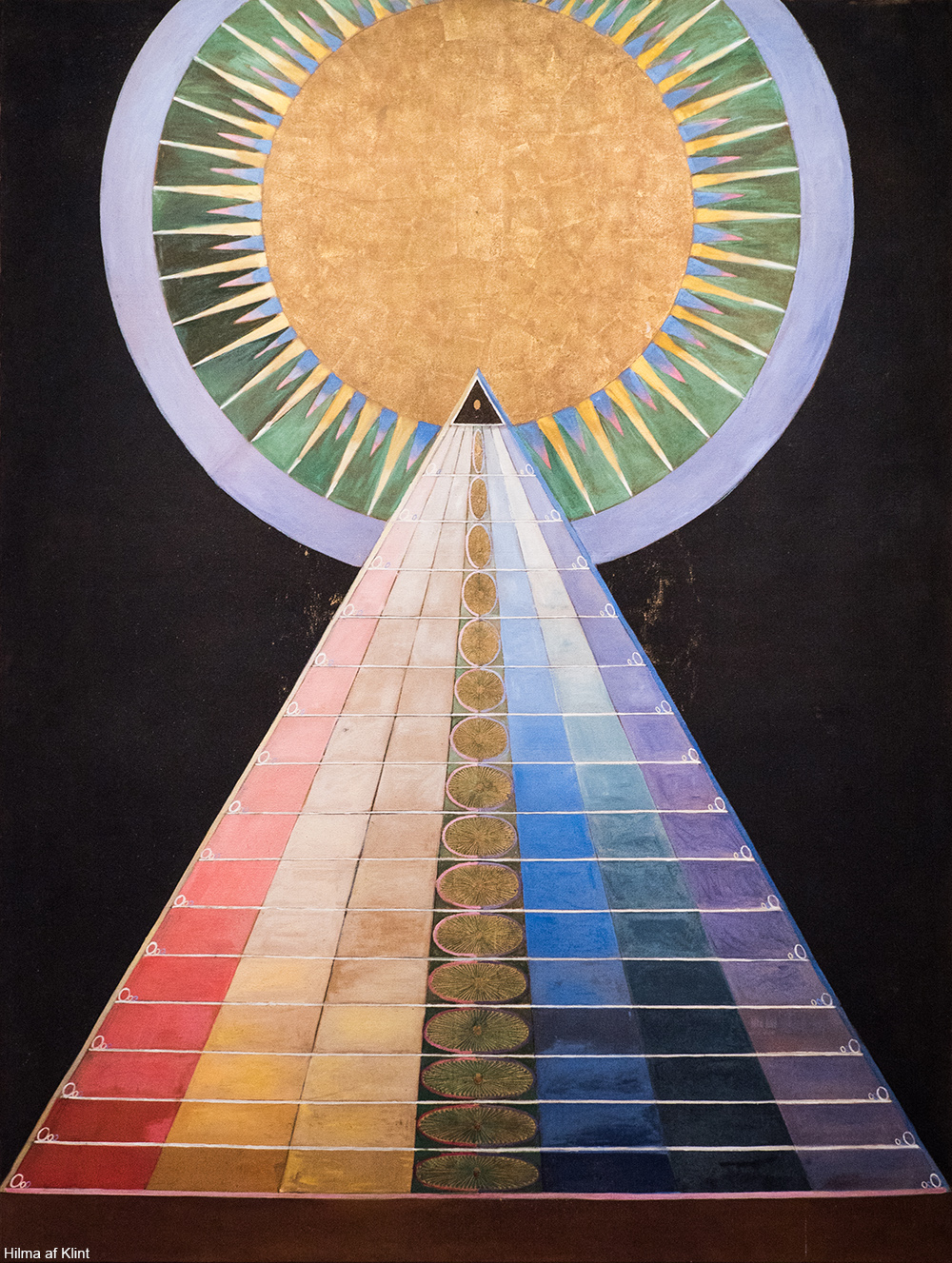 The Ten Largest were the biggest of her Temple paintings, many 8 feet high. This large scale dedication was clearly very inspired, but even as she painted them, af Klint knew that the world probably wasn’t ready for this style of art and certainly not from a woman artist. She also practiced “automatic drawing” where the artist lets the pencil follow an uninterrupted line and shapes are later filled in to create an image or pattern. 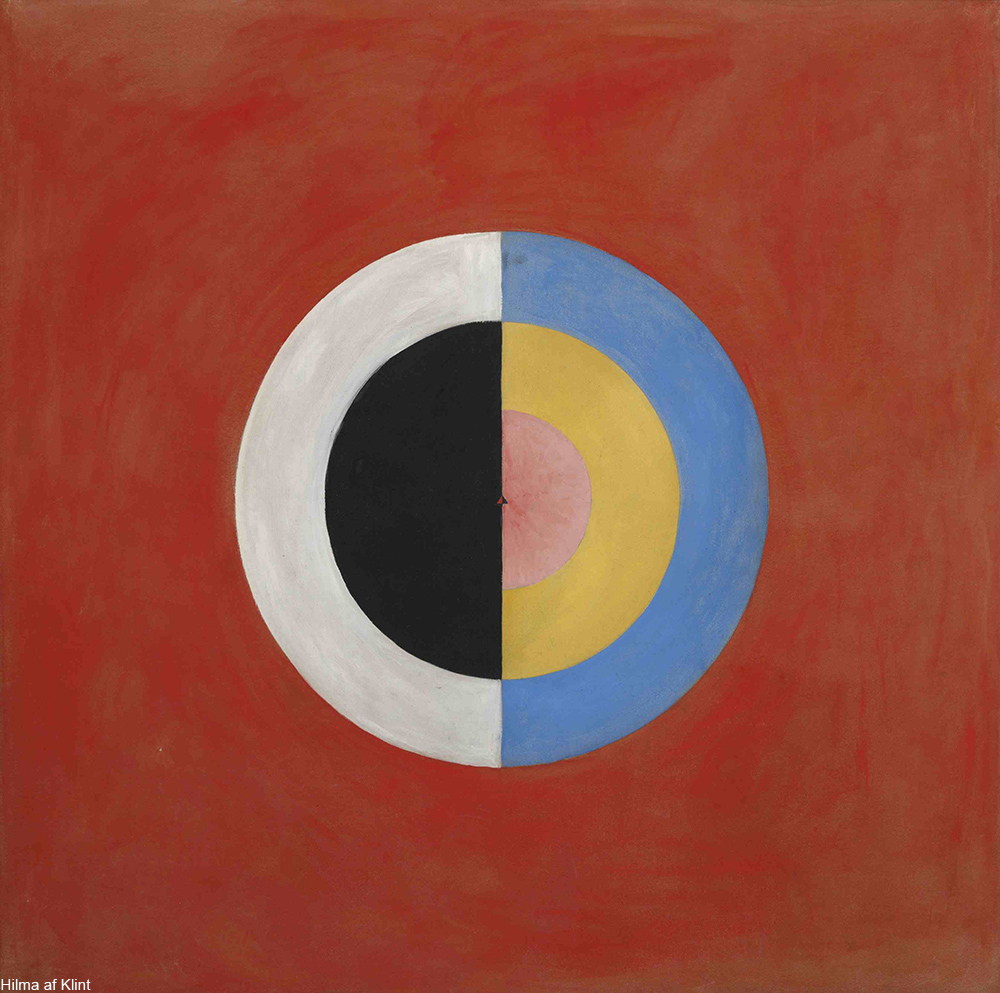 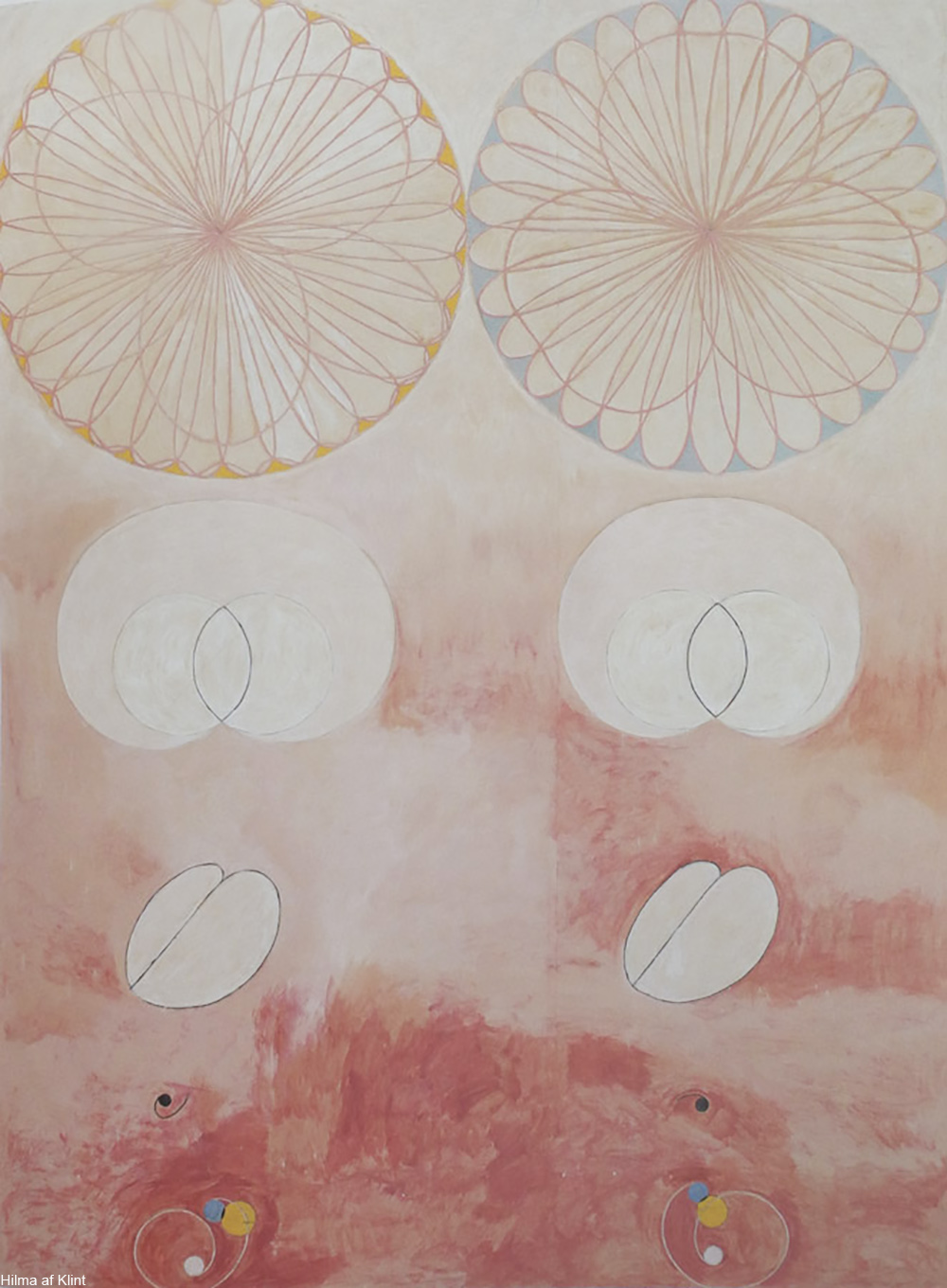 The Ten Largest, No. 9. Via/ Wiki Commons

While af Klint predated Kandinsky- who is credited as the father of the abstract movement- her Temple paintings were rarely exhibited publicly. In fact, in the end af Klint decided to put a legal hold on their display altogether. In her will she stated that her 1,300 abstract paintings were not be displayed until at least 20 years after death.

Af Klint died in 1944 after complications from a car accident. Her works were left to her nephew who opened the crates of her artwork in the 1960s. However, it wan’t until the 1980s that her work would become more widely known, despite the timing of the 1960s as a decade posed to receive another wild artist working in bold colors.

It was in 1986 that her abstract works were first put on display at the Los Angeles County Museum of Art and since then her work has gained a small following. A collection of af Klint’s work was shown at the Guggenheim Museum from 2018-2019, which shows just how much her work is finally getting the recognition it deserves. 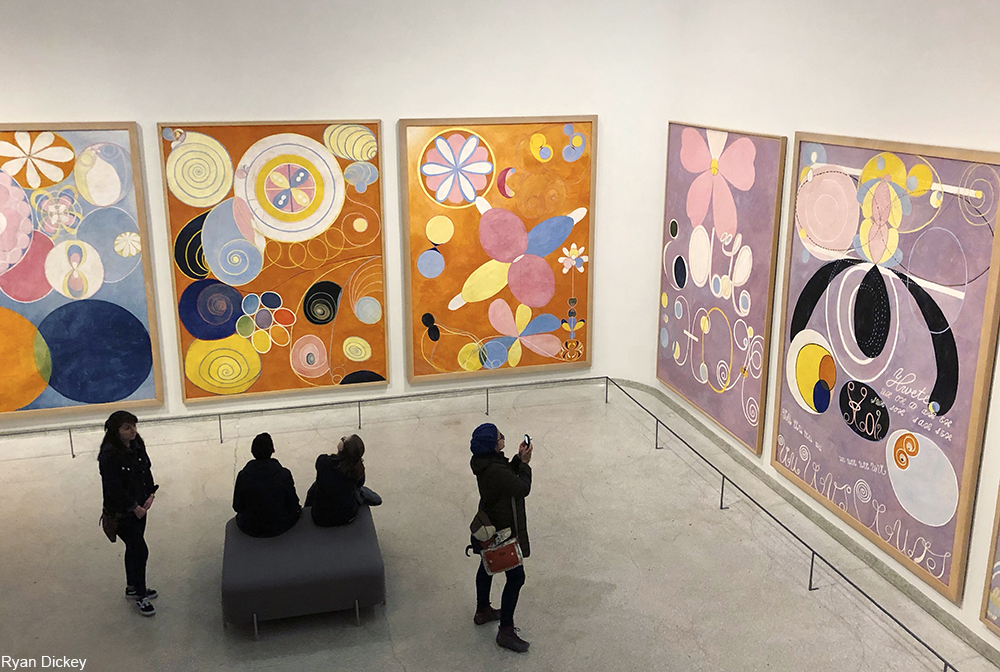 A collection of af Klint’s work at the Guggenheim Museum in New York, 2018. Via/ Flickr 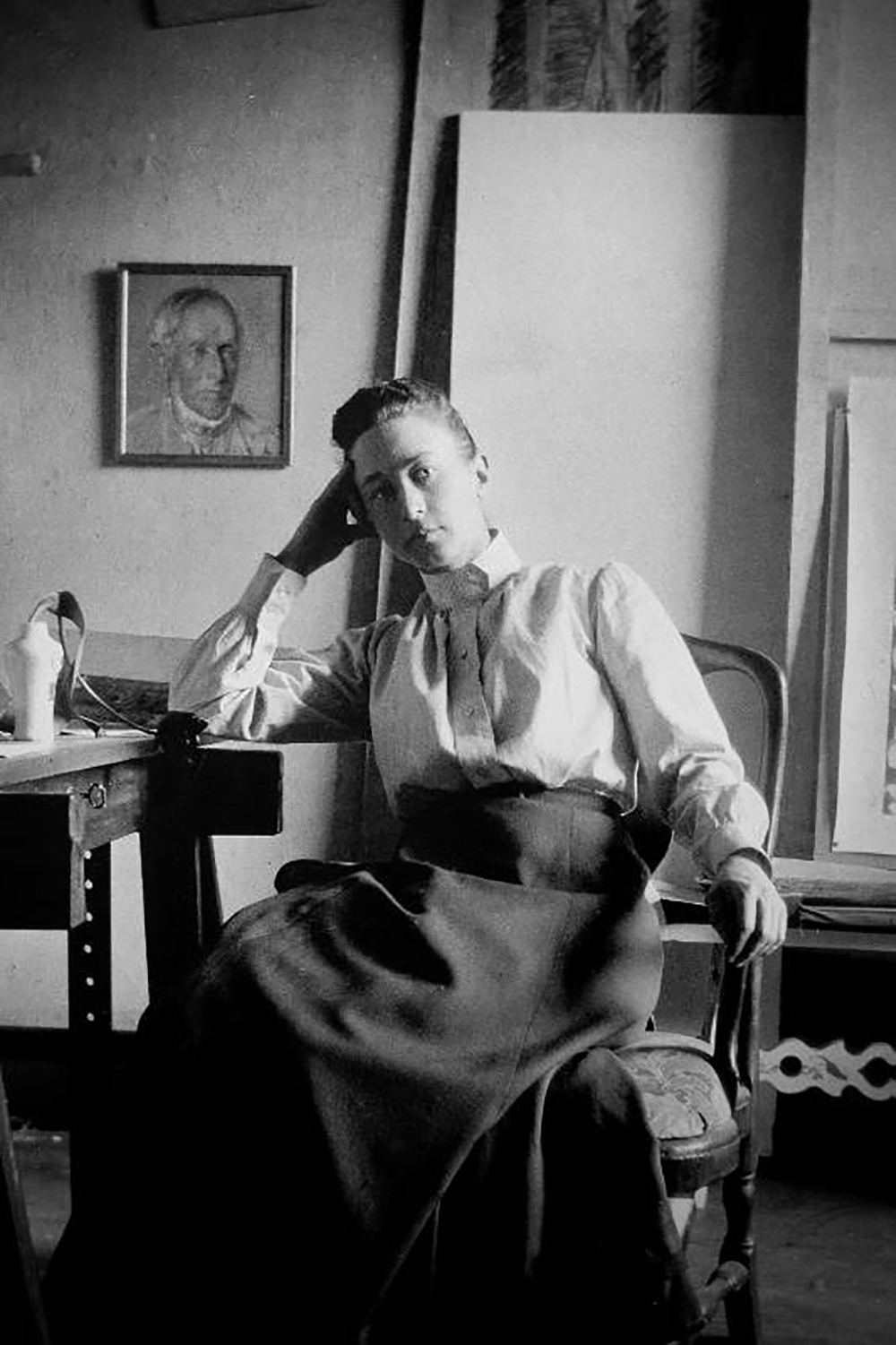 While her name will most likely never be as well known as Kandinsky, Delaunay, Mondrian, or Matisse, af Klint’s colorful abstract paintings represent some of the earliest examples of abstract art in the world. They were painted in a era when women were expected to get married and stay home with the children, dutifully taking care of the family all while corset-bound and lacking in formal education. Af Klint’s natural talent and curiosity, despite her unwillingness to share her less conventional works, carried her into the life of a professional artist- something few women at the time could have even dreamt of.