What Did the Titanic Really Look Like on the Inside?

Photographs of the RMS Titanic at sea are plentiful, but we are rarely treated to the inside of the ill-fated but magnificent ship. Have a look at the palatial upper decks, suites, and recreation rooms which would have been afforded the first class passengers and the more humble purview of the second and third class passengers. 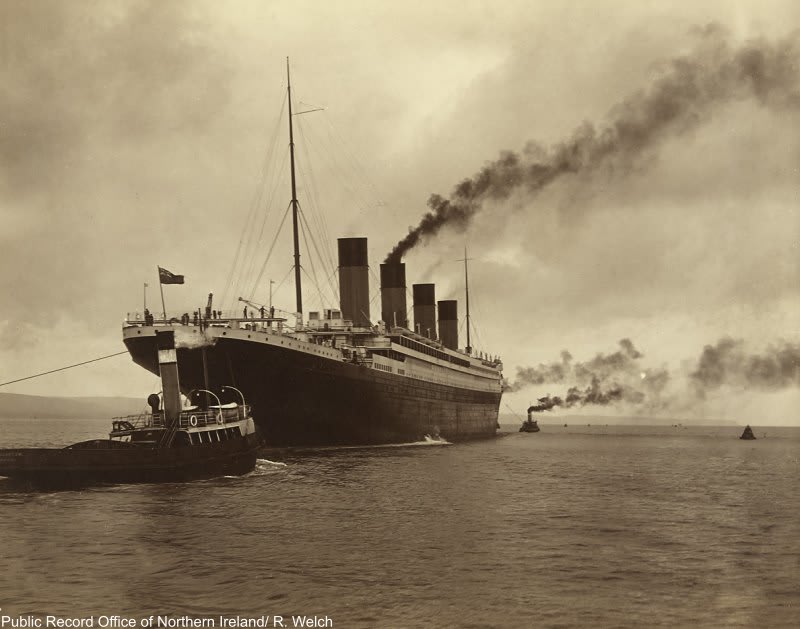 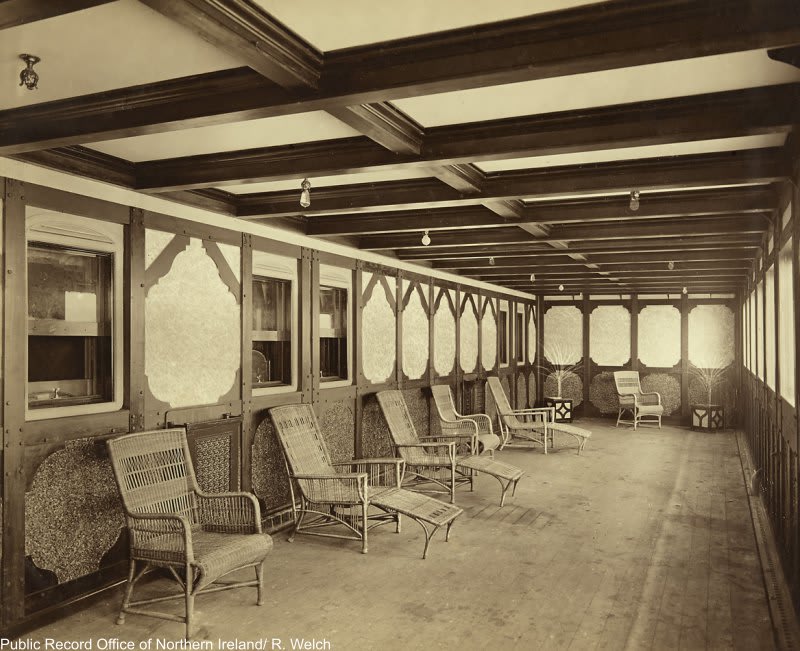 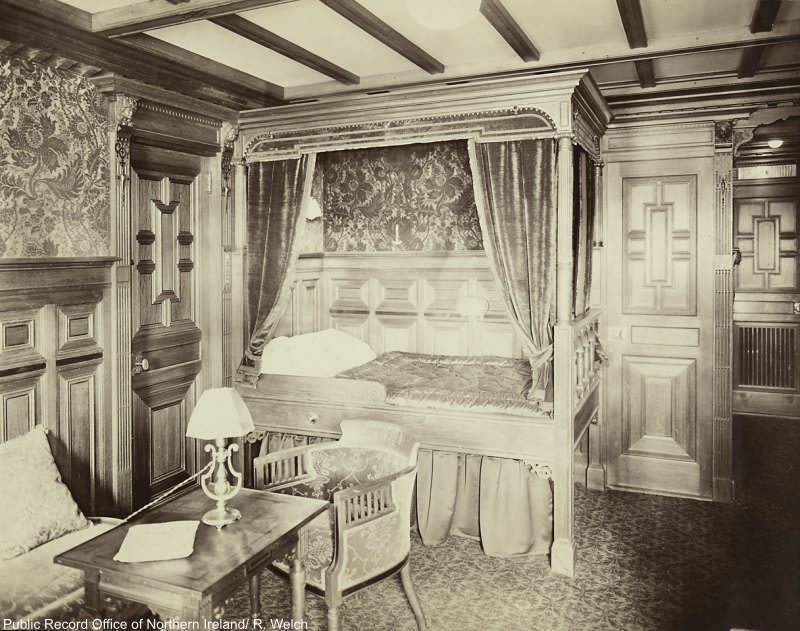 First class cabins were lavish and decked out in velvet and flocked wallpaper! Via/ Flickr 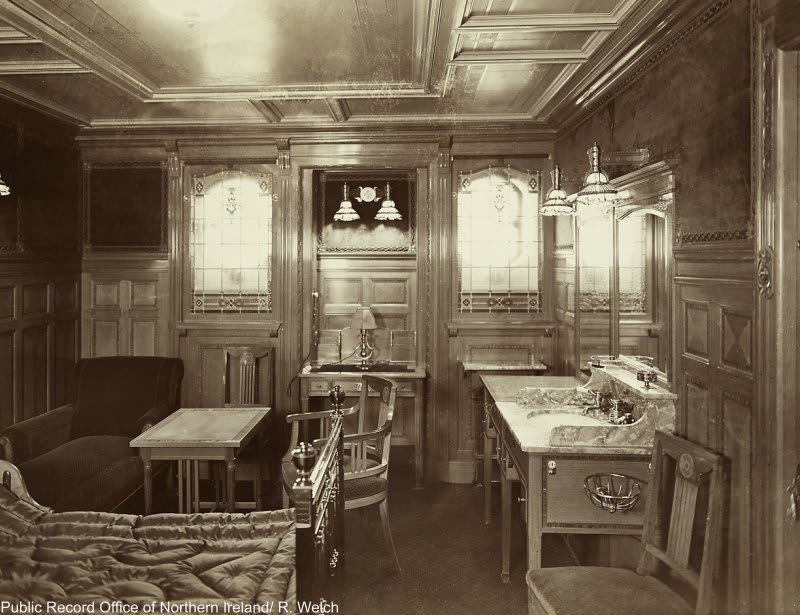 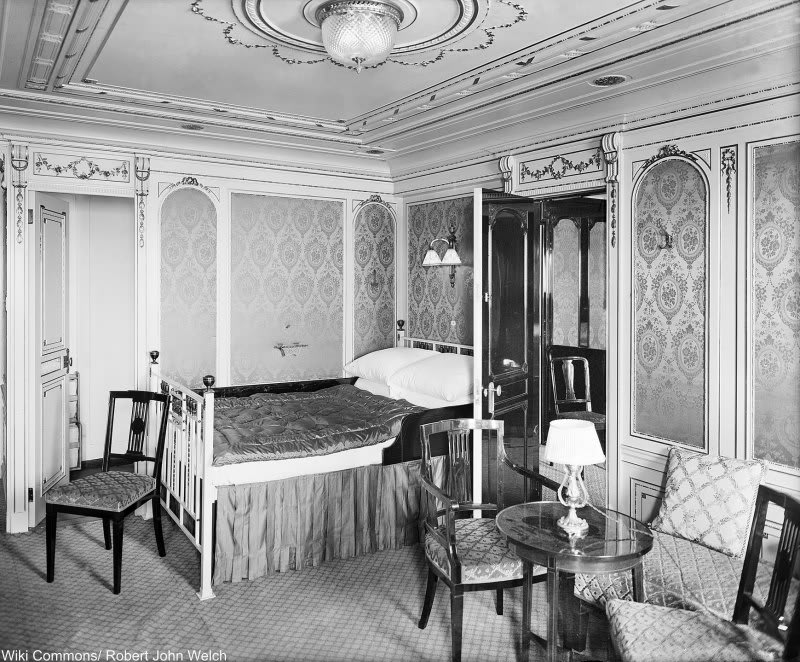 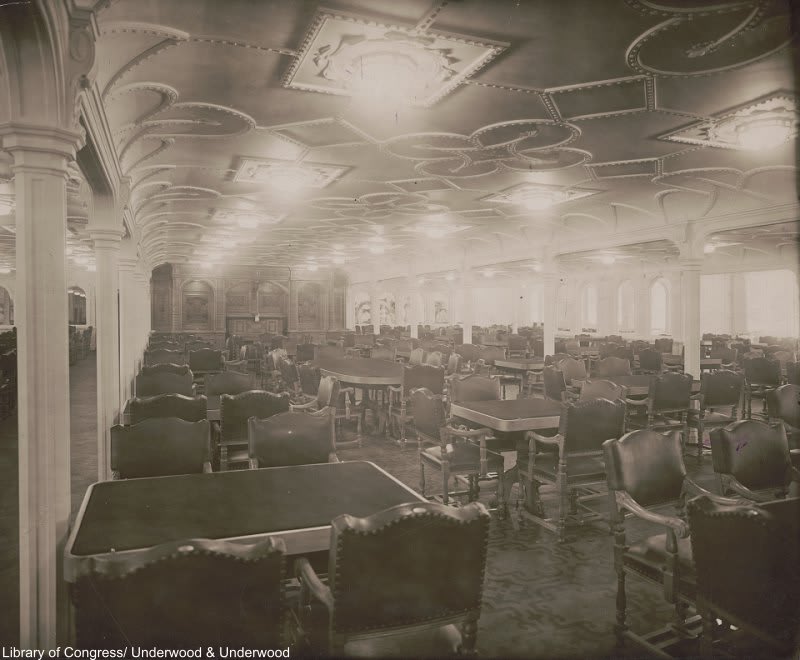 First class main dining room on the D-Deck. Via/ Library of Congress 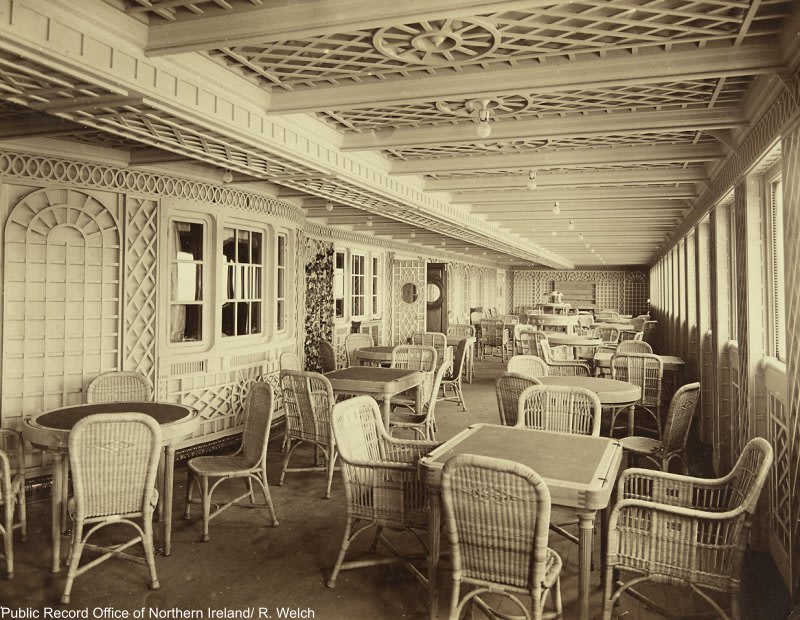 The Cafe Parisien was reserved for first class passengers. Later on vining plants were added to the trellis. Via/ Flickr 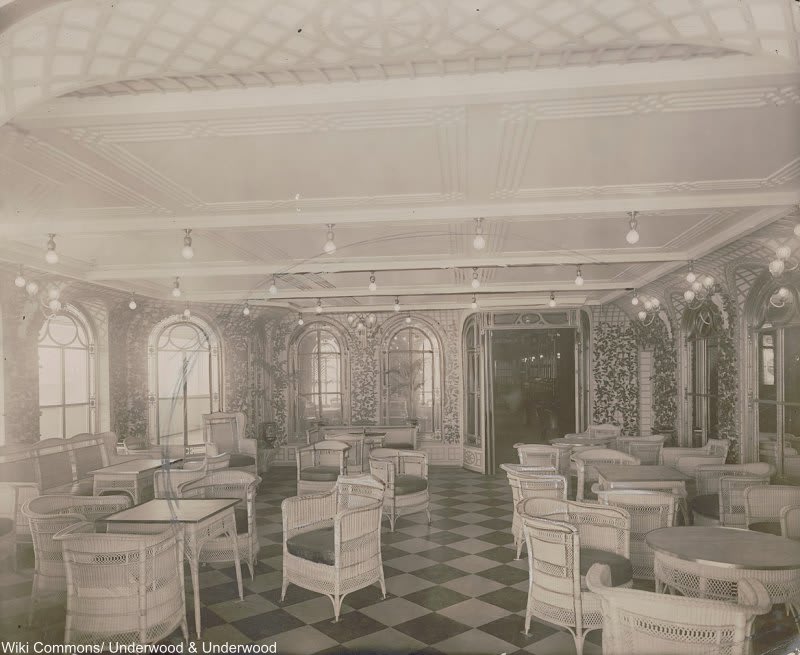 The Veranda Cafe. Via/ Wiki Commons

Click “Next Page” to see more of the first class areas of the Titanic!