Inside The English Village Where Time Stopped in 1943

When we think of towns and villages that were badly bombed in Europe during World War II, images of families picking through the rubble and rebuilding their lives spring to mind. As in so many small towns and cities caught in the crossfire, the people moved on as best they could. But, in one English village in Dorset this was not the case and the reason is very unusual. 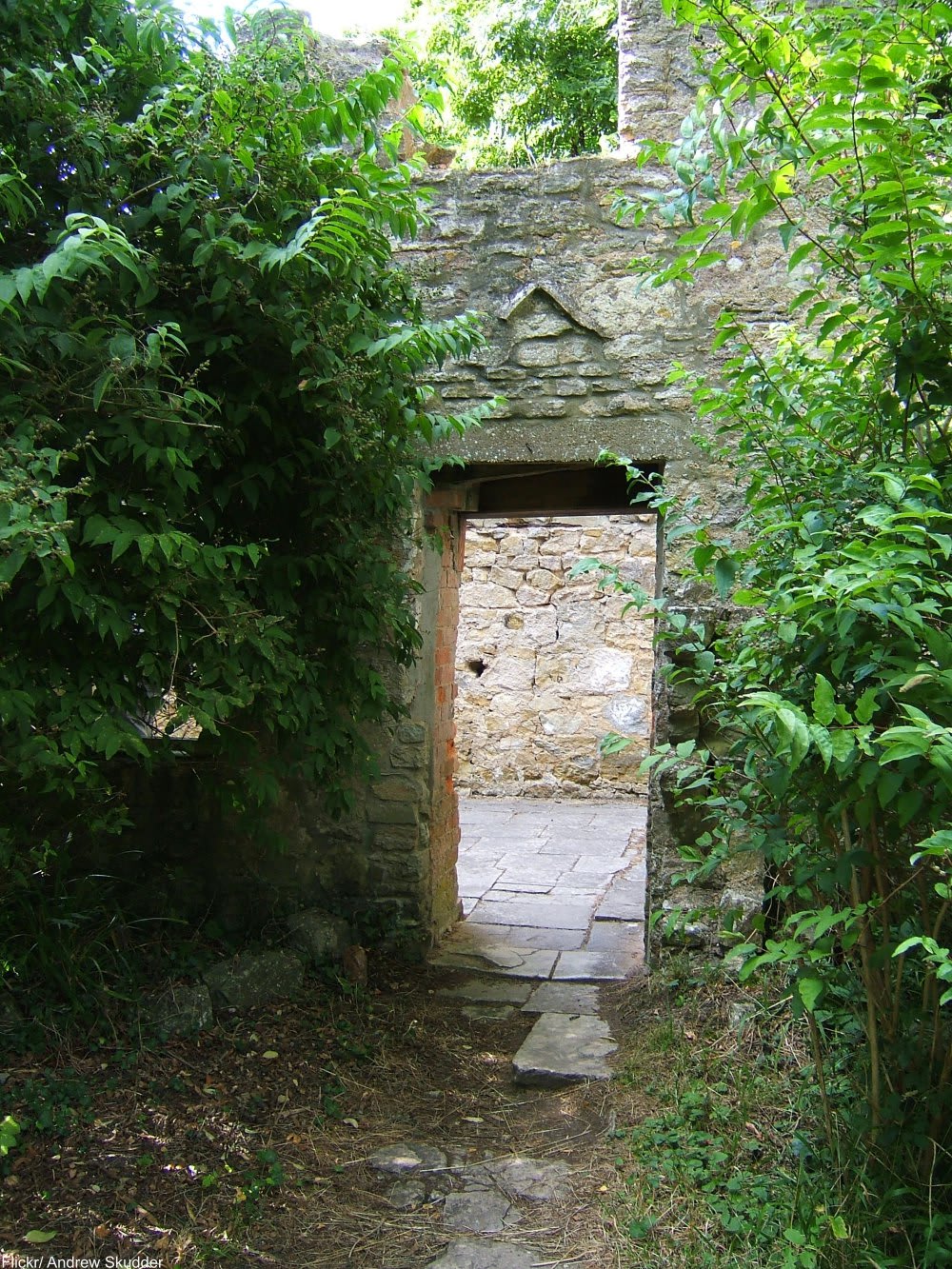 The little English village of Tyneham was a picturesque, if small, community. Stone houses and buildings dating back centuries adorned small lanes and the church was at the center of it all. But now the town’s been left to the elements and remains abandoned to this day. 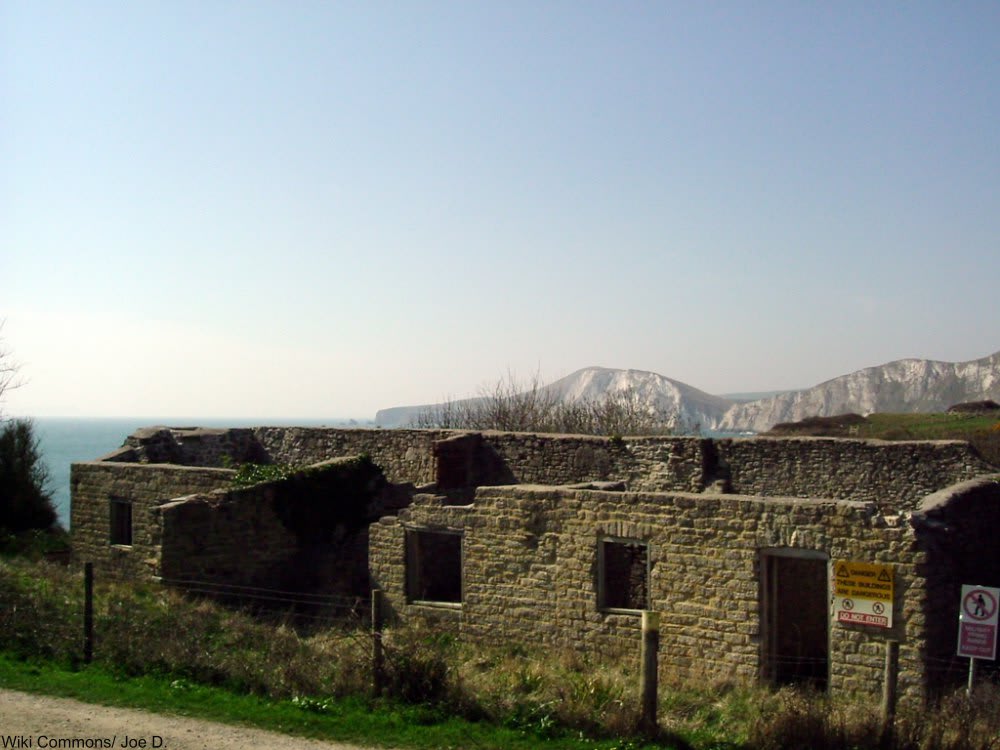 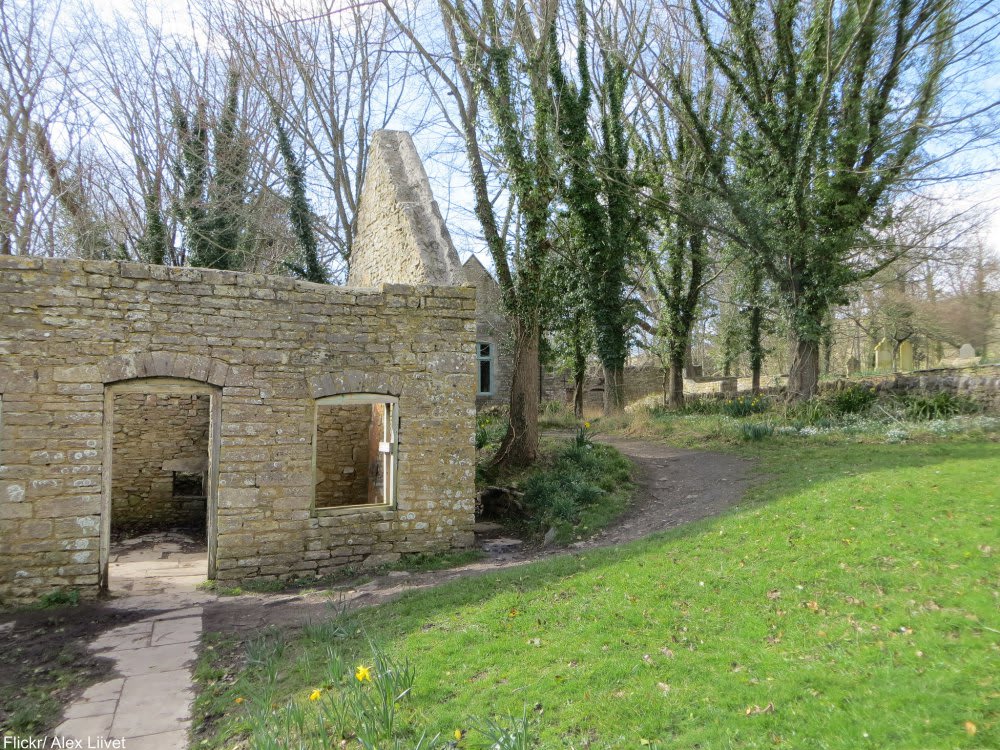 In 1943 the villagers were ordered to leave and given only a month’s notice before they were kicked out. The culprit was not an invading force or even intelligence of potential German bombings. Rather, the reason the townspeople had to move was that the British armed forces needed a practice range for their tanks! 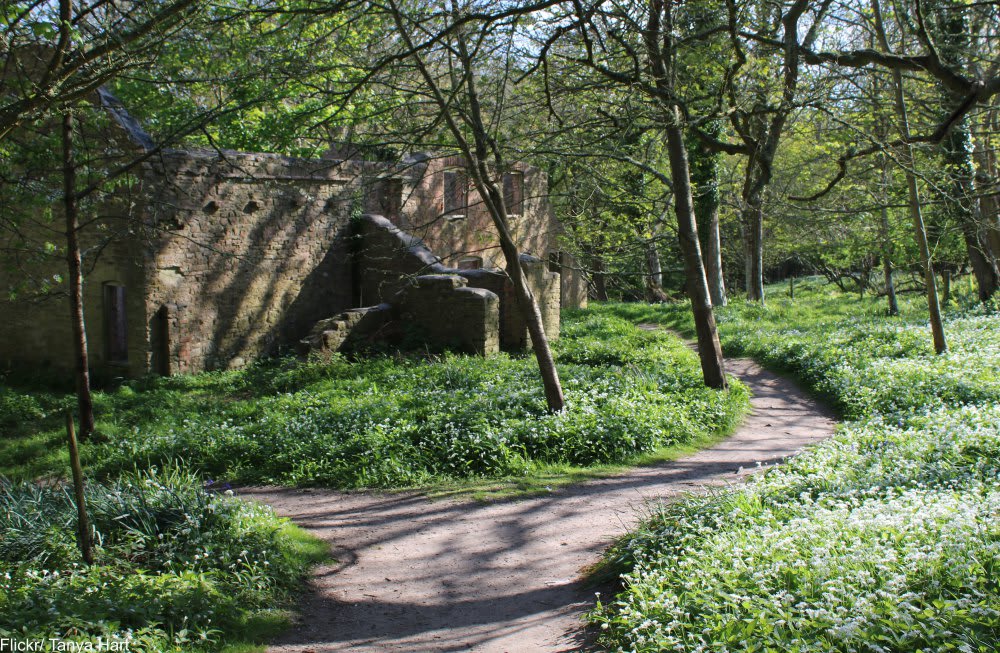 The British military commandeered an entire village for tank training and the munitions that destroyed the buildings came from the British army, not the Germans. It seems that the value of a tank firing range was greater than the ancestral homes and livelihoods of the villagers. This was a crucial and secretive phase of training because they were gearing up for D-Day. In all 225 people were displaced by the military. 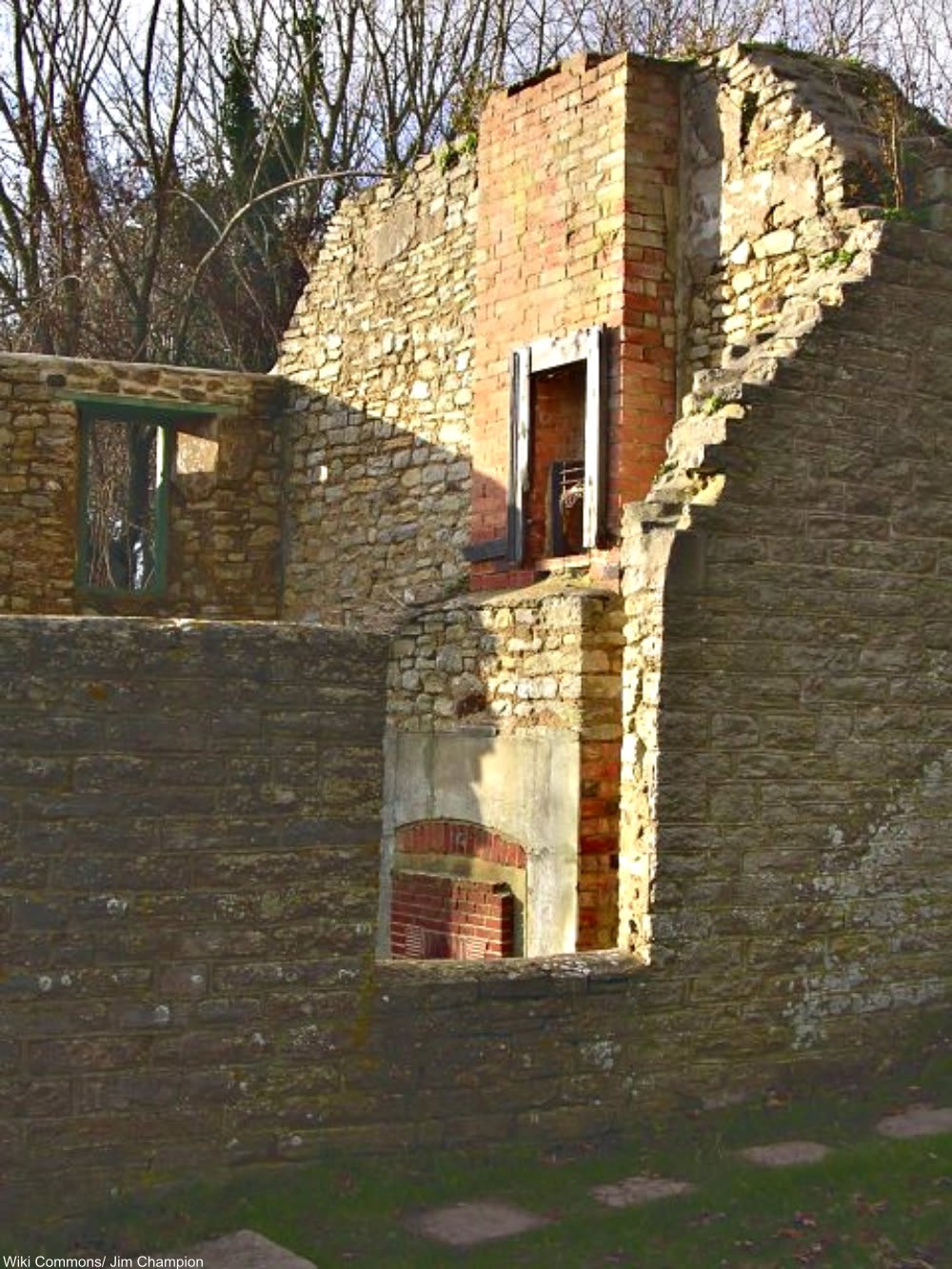 But, it wasn’t all sadness as this fishing village had long been in decline. Even before the war started the village school had closed up for lack of pupils to teach. Perhaps this seemed like one of the best places for target practice since there were not that many people left. 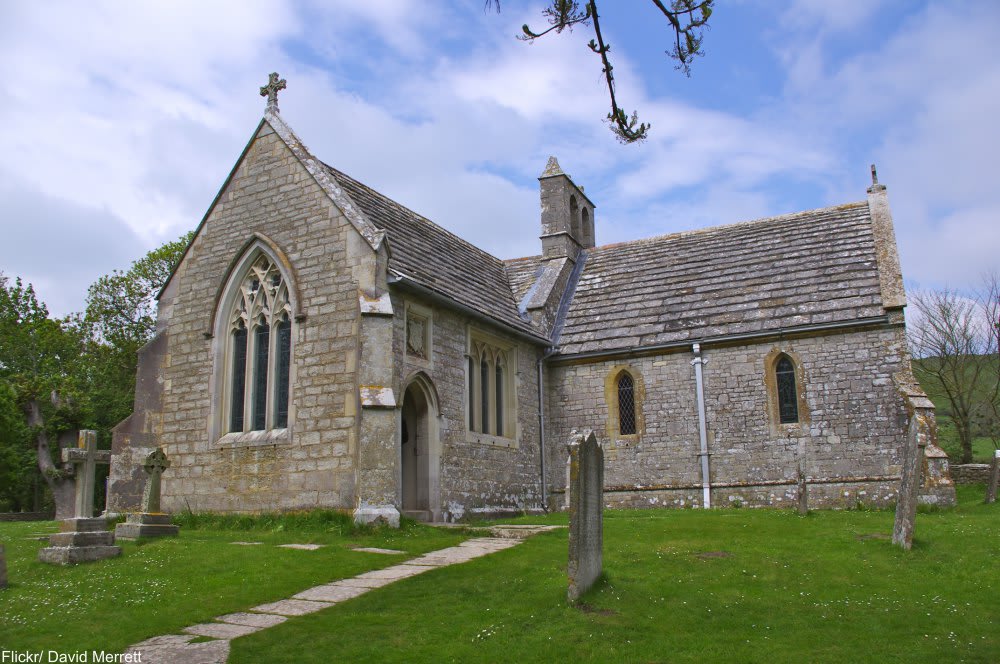 Like many country villages in England, Tyneham operated as a satellite to the grand estate of local nobility, in this case the Bond family, who were compensated about £30,000. Tenant farmers who worked the land in service of the estate were reportedly only paid for the vegetables in their gardens! 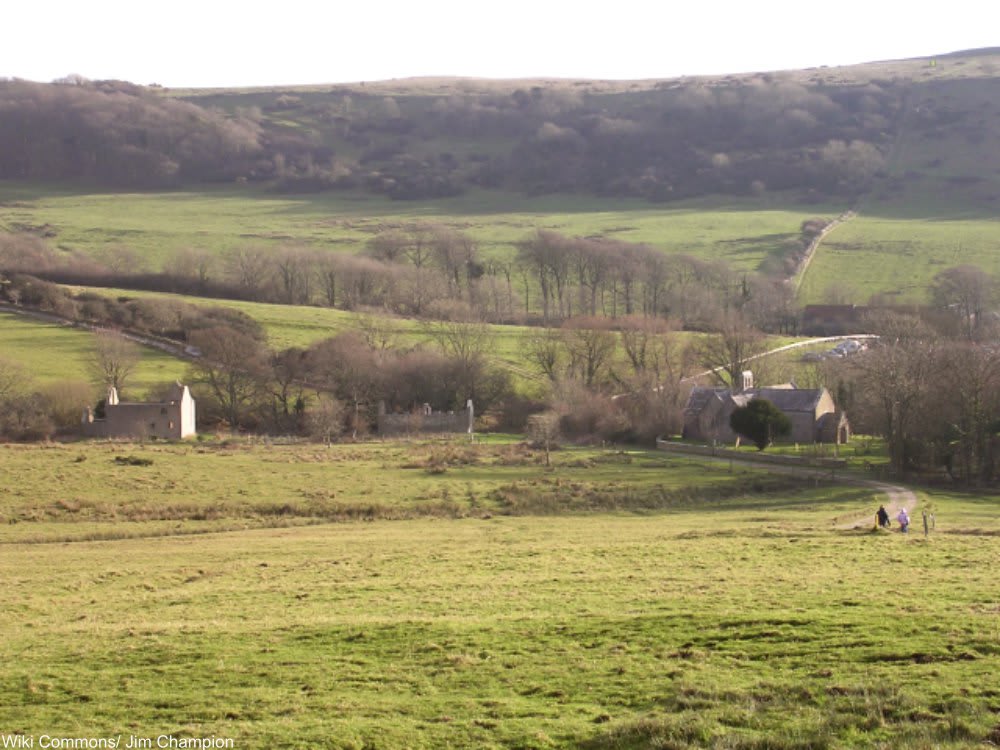 The inhabitants were told they would be able to one day return, but there are many reasons why this never happened, including the general decline of the village’s employment and education opportunities in comparison to the rest of the 20th century England.

As they were leaving one villager had the presence of mind to leave a note on the door of the church thanking the army in advance for taking good care of the church and houses in advance. The villagers had no idea what exactly was going to transpire there! 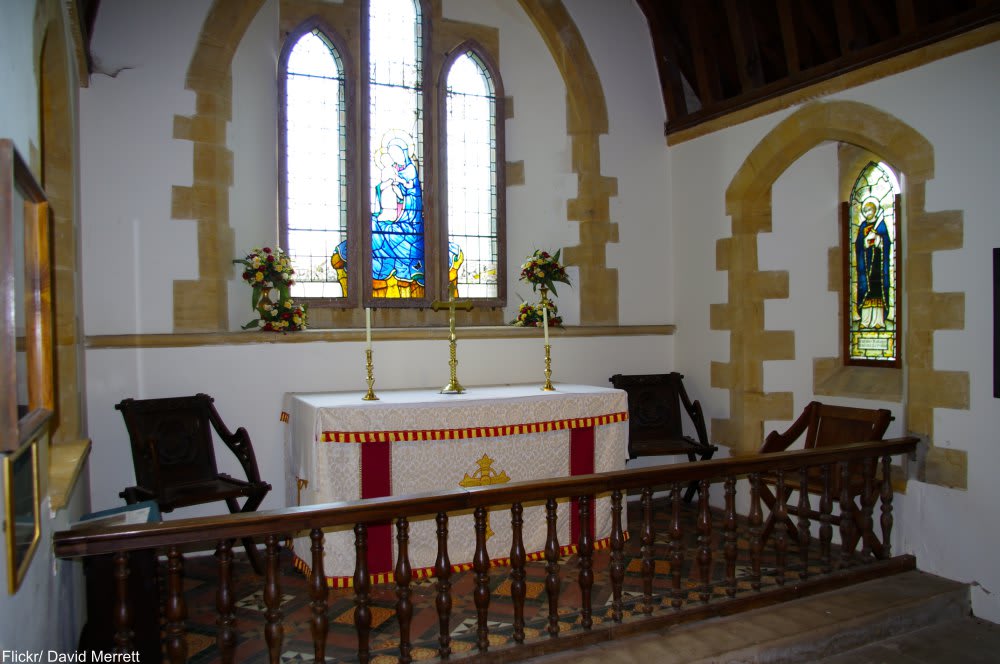 If you visit Tyneham today you can still see the crumbling stone buildings with their roofs blown off, however the church and the school remain intact. Who knows what this village would look like today if it had prospered! Today it is a tourist site, but is still managed by the Ministry of Defence. Since nearby firing ranges are still in use, the town is only open when it is safe for visitors.