Abandoned Japanese Village Found in the Wilds of British Columbia

Archaeology is often touted as the study of ancient things and people, a la Indiana Jones. However, archaeologists are also called in when it comes to newer projects, as recently happened in the forests of British Columbia, Canada. Deep in the woods, nestled among the pine trees that surround the North Shore Mountains, a series of objects have been found which all point to a secluded early 20th century Japanese village which was abandoned long ago. 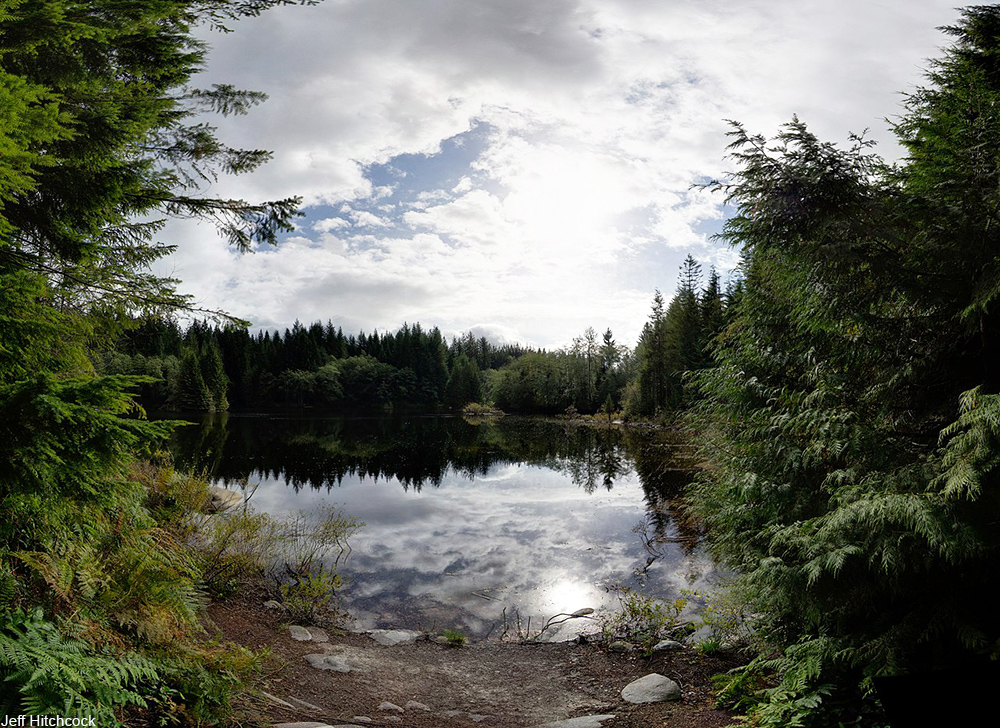 After having been alerted to some old cans and a saw blade in the woods by a retired ranger, archaeologist Bob Muckle spent the next 14 years unearthing and examining the remains of the village. Muckle at first suspected it was a former logging camp, but was surprised when he began finding many Japanese cups and bowls in striking deep blues and traditional patterns. 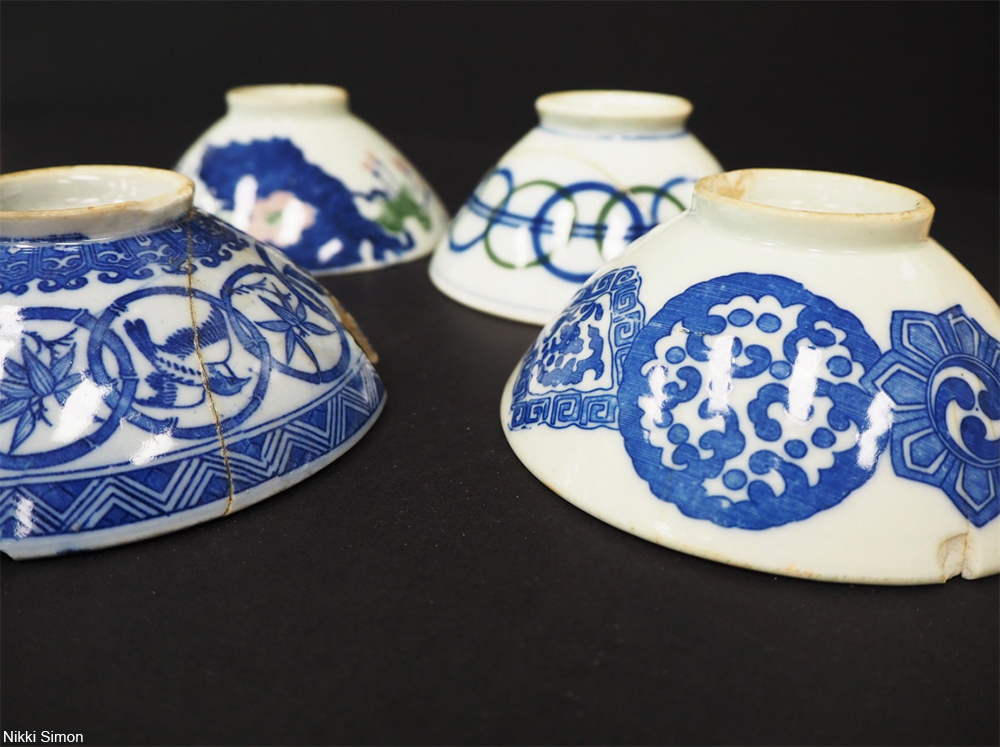 Muckle is a professor at Capilano University in Vancouver, a city which lies only about 12 miles from the archaeological site. After years of digging, often using archaeological students, the area finally became more clear. In this settlement 14 houses stood, as well as a garden, a Japanese style bath house, and possibly a shrine. The area is part of what is today known as the Lower Seymour Conservation Reserve, a 14,000-acre nature reserve with many trails. 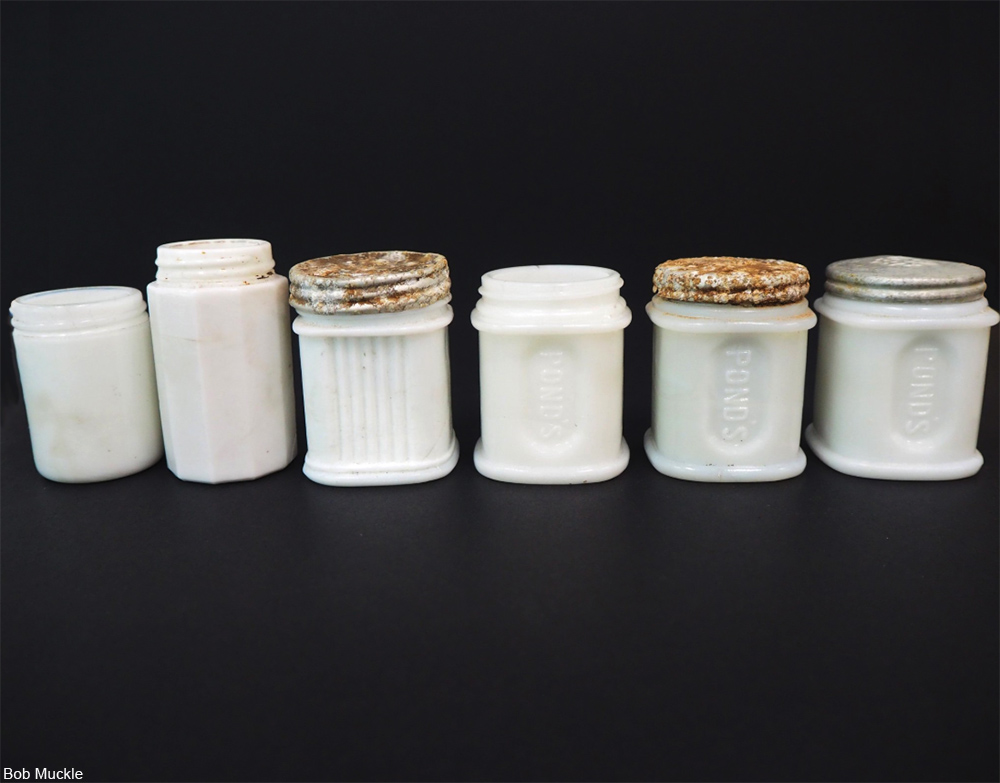 So far there are two other sites that Muckle has discovered, which he refers to as “multi-ethnic” since they would have housed workers from various cultures and countries. Japanese immigrants first came to Canada in 1877, but were barred from voting until the 1940s. The generations that followed the first immigrants could not practice higher professions such as law and medicine because they were legally barred from doing so. As a result, Japanese-Canadians routinely worked on fishing boats, in canneries, and in logging operations.

Logging at the camp in question officially ended in 1924, but Muckle theorizes that people continued to live there long afterwards. The presence of ladies’ items, like Pond’s cold cream glass jars and metal shawl pins, suggests that women were present. Coins found onsite date from between 1900 and 1918, during which time the rights to log there were granted to the Hastings Co. Between 1918 and 1924 the logging rights were held by Eikichi Kagetsu, after which point the Japanese businessman moved away. However, Muckle thinks some of the camp members remained behind. 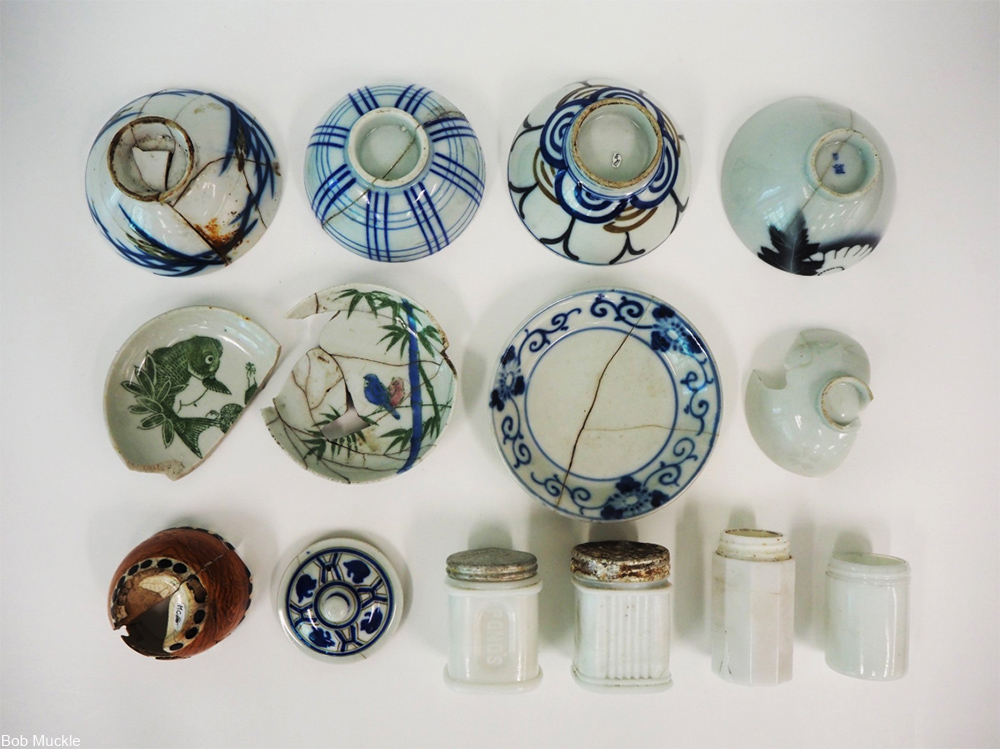 If there were any inhabitants of this as-yet-unnamed village they were almost certainly moved out after 1942. Like in the U.S., Canadian people of Japanese ancestry were rounded up and put into internment camps after the Attack on Pearl Harbor in 1941. Muckle said in an interview with the North Shore News that he suspects that the occupants may have been living there in secret for some time, probably until internment began. 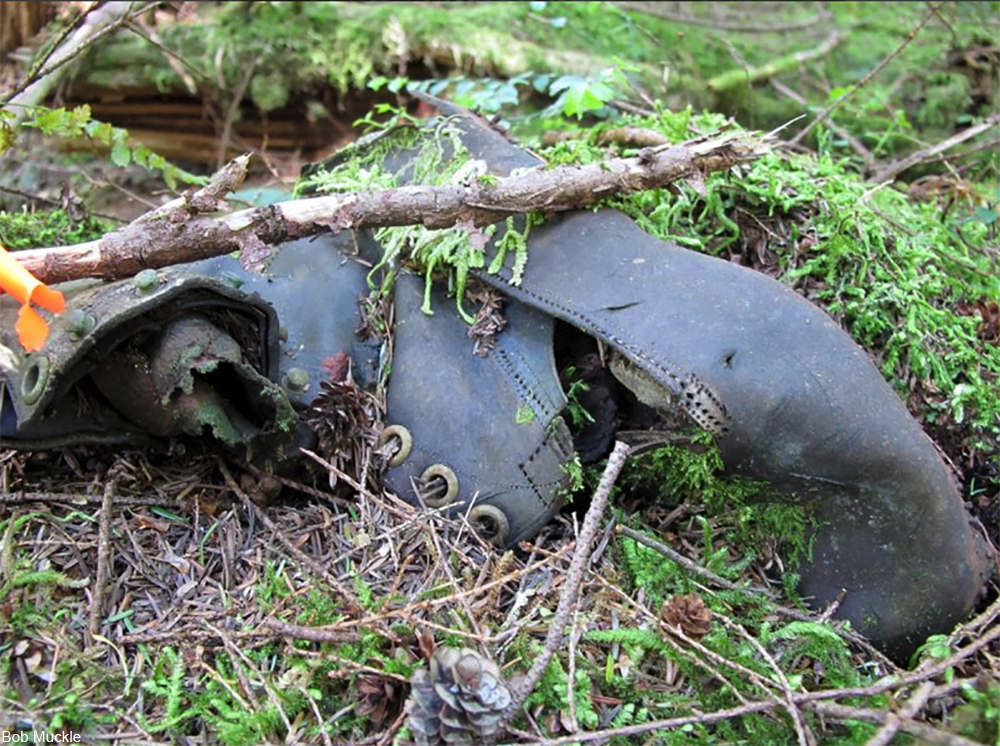 Among the finds at the lost village are sake bottles, rice bowls, medicine bottles, buttons, pocket watches, and many household goods from before World War II. The area has been referred to as the Nikkei village (Nikkei is a term to describe Japanese immigrants and their descendants living outside Japan).

In all the area of the camp was about the size of a football field and probably held around 40-50 people during its prime. Water was delivered through a gravity-fed system, a traditional aspect of rural life in many parts of Asia. 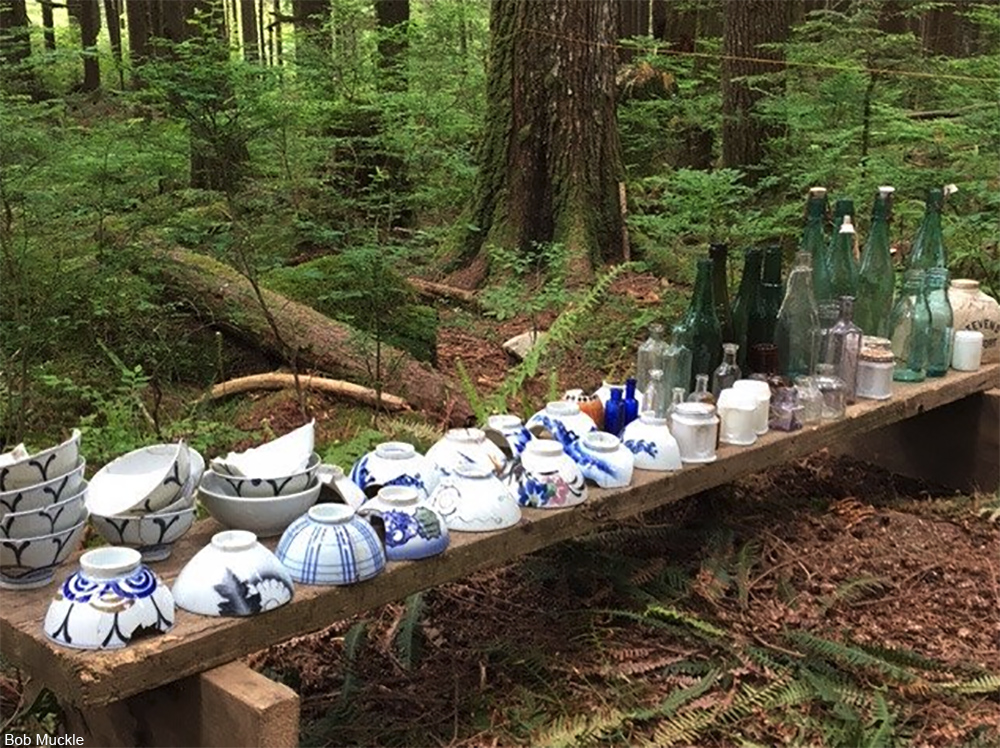 In 2017 the site was commemorated by the Canadian government for its cultural and historical relevance, while the archaeological dig ended in summer of 2019. Nikkei visitors to the site have commented on the magical feeling of the area, nestled among so many trees. It certainly makes sense why the villagers would have wanted to stay as long as they could.

Have a look at what remains of the bath house and hear Muckle explain more about his secret village hypothesis in the video below.