We’ve all done things out of spite before, and even those small actions can cause quite a bit of regret depending on who you are. But, for some people, they have no qualms about making a grand gesture to exact their revenge. If you thought a few unkind words about an ex was bad, just think about what it took for someone to build an entire house simply for spite.

These 7 spite houses were built to sabotage the plans and property of ex-spouses, neighbors, or siblings. Many of them were built on the edges of lots, behind other homes, or squeezed into the edges of a city block. They are often long and skinny, but can be any shape really. This curious part of history makes for some unusual houses that can be quite charming, despite their original purposes! 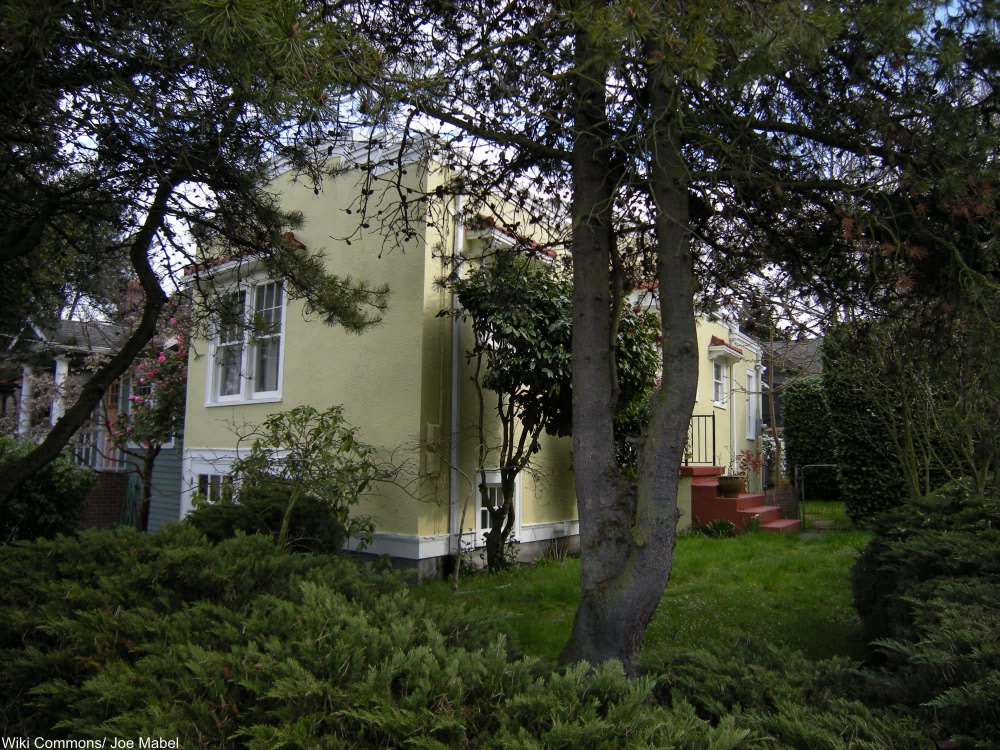 Built in 1814, this house belonged to an ophthalmologist named John Tyler who had an unconventional way of dealing with a local road proposal. The town of Frederick, Maryland, wanted to build a road that would have cut through Tyler’s property.

An obscure law at the time stipulated that the city could not do this if there was a substantial structure in the way. There was no building there, but Dr. Tyler hated the idea of a road cutting though his land. So, this lovely house was built right in the path of the proposed road starting the night before roadwork was to begin! 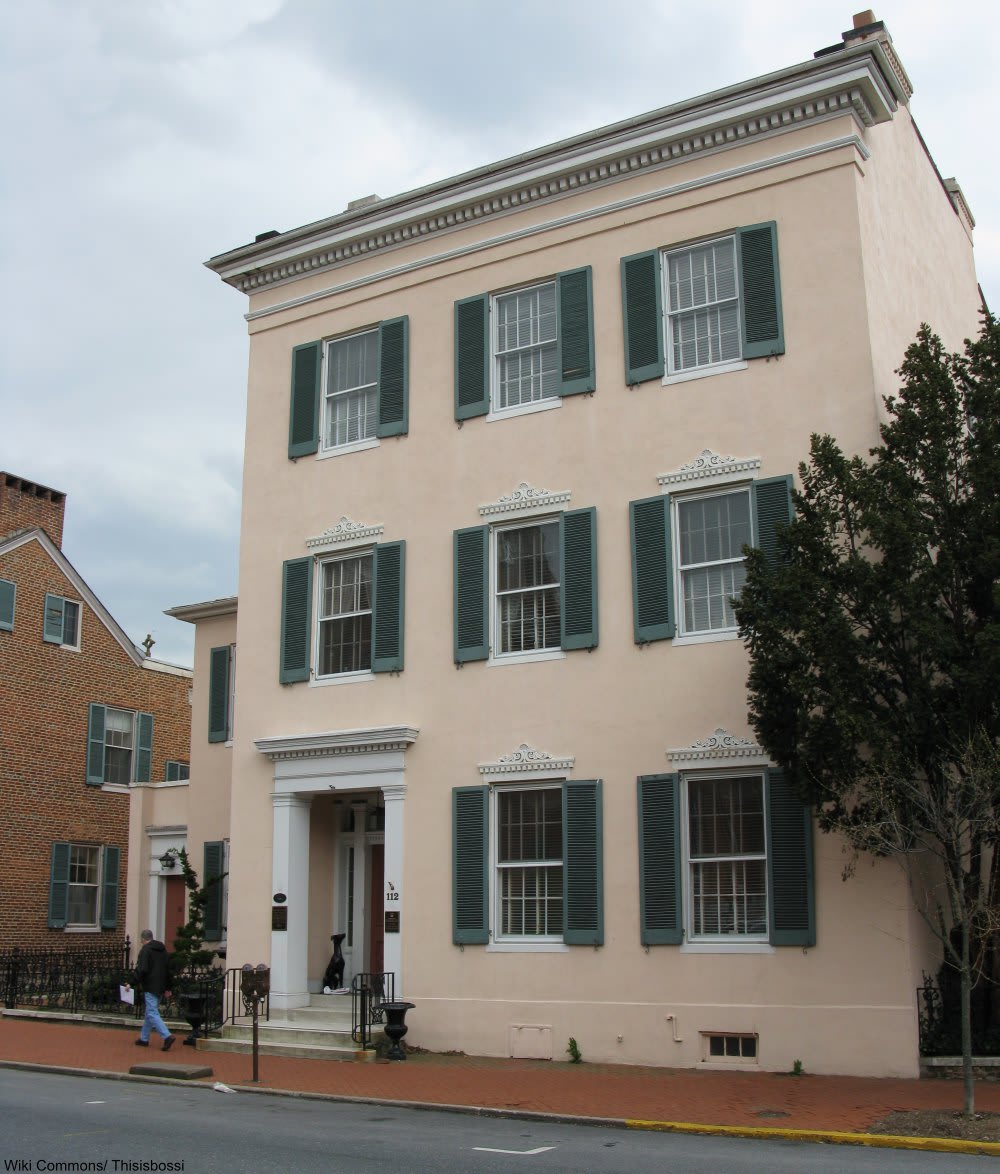 For years the Tyler-Spite House has been a bed and breakfast (with 17 rooms) and it’s on the National Register of Historic Places. Since it was built for spite only, Tyler never actually lived in the house, always renting it to tenants and living nearby in a much bigger home!

Legend has it that this 10-foot wide 4-story home in Boston’s North End was built purely out of spite when two brothers, one returning form the Civil War, were fighting over how to build on inherited land. After one had built a normal sized house while the other was off fighting in the war, against his brother’s wishes, the other built this narrow (but tall) house simply to block the light coming into his brother’s home and use up the remainder of the family plot which had been taken over by the other brother in his absence. 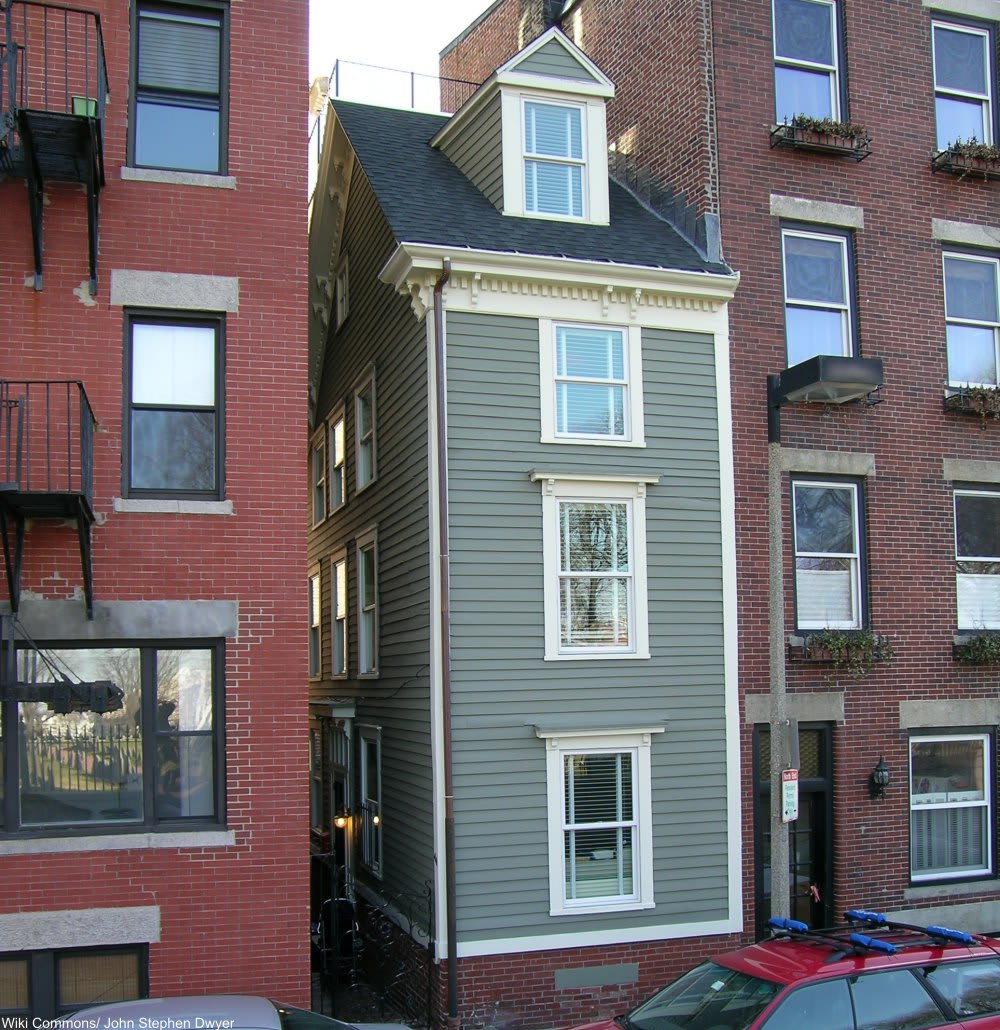 The “front” door is just barely visible in this photo. Via/ Wiki Commons

Today, this home remains a unique landmark in Boston, but apparently has fairly short ceilings, so it’s not quite a suitable home for everyone. Fun fact, this house can only be entered from the tiny alley, not from the front of the house.