6 Things Lepers Had to Do In the Middle Ages

Leprosy today is known as more of a medial condition, a bacterial infection which has some pretty horrible side effects if left untreated. However, if caught in the early stages these days the treatment is multi-tiered and usually very effective. However, in the Middle Ages people feared the disease perhaps more than they feared more lethal diseases like small pox. Once you had immunity to smallpox, assuming you survived, then you were done with the disease. This was not so for lepers. 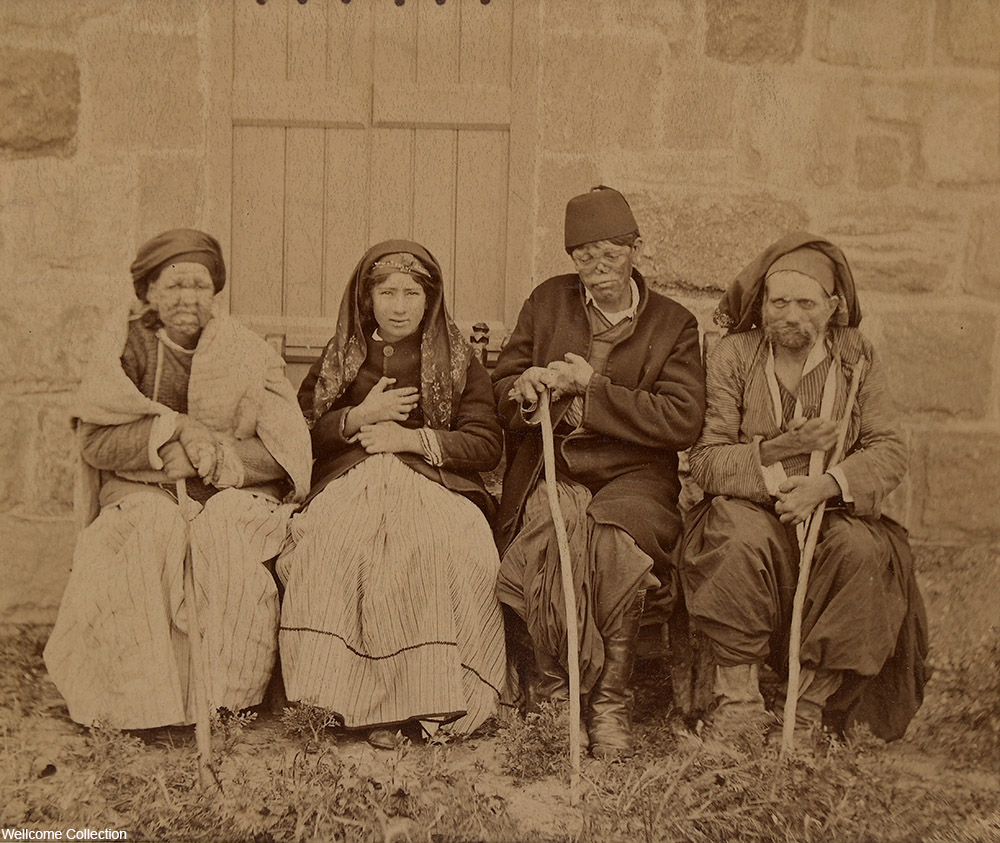 The bacteria which causes leprosy is now known as Mycobacterium leprae and an infection of these bacteria is called Hansen’s disease. But, throughout history humans have considered the disease a curse or as a sign of unclean morals or body. The infection itself causes skin to change texture and nerve endings to become deadened. The deadening of the nerves, combined with necropsy of bodily tissue, causes a poor response to heat, cold, and pain. This results in an abnormal amount of injury to delicate fingers and toes over the years if left untreated. Leprosy can also cause blindness and other complications.

In the Bible, we find the story of Jesus tending to the lepers, braving social stigma and the perils of contracting the disease in order to help those in need. However, we know today that the disease is not all that contractable unless you have repeated contact with leprosy victims. There is even some evidence that in Jesus’ time there would have been much more relaxed laws on where lepers could go and who they could have contact with. 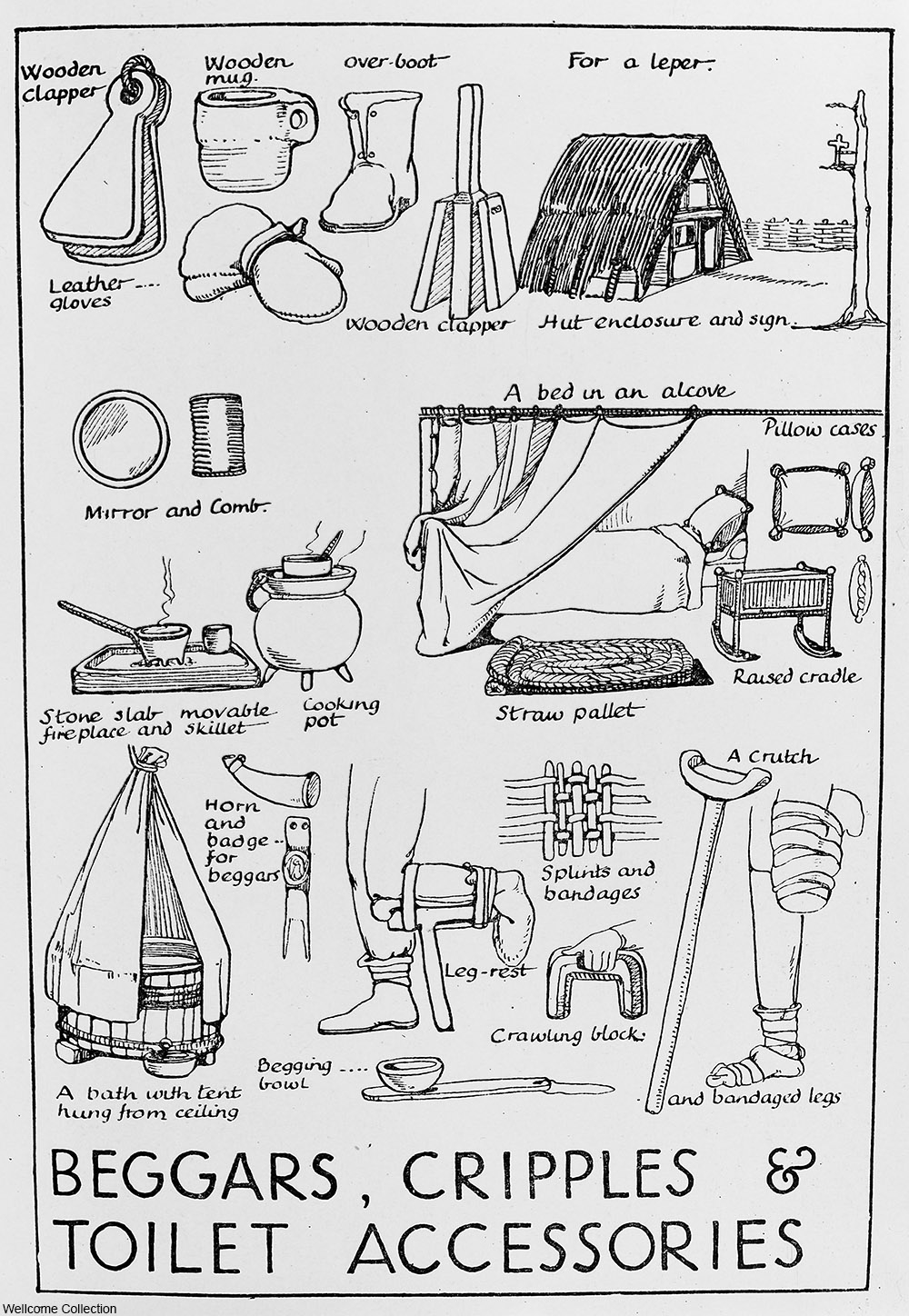 This was not so in Europe in the Middle Ages. The ravages of cholera, the plague, the flu, and other infectious diseases meant the loss of whole families. After so many epidemics, especially in densely populated cities, laws and social restrictions on the diseased became much more stringent.

Lepers had to follow some very specific rules in everyday life. But, because they were outcasts who often had no home, no family to claim them, and no possibility of obtaining work, lepers relied on charities and street begging in order to feed themselves. This meant they had little choice but to mingle with the rest of society, and as such they had a number of restrictions put on them.

In many areas lepers were required to carry and use noisemakers. The most common was a series of wooden paddles attached with a handle. By shaking the clapper the sound was carried far enough to warn to residents of an area, giving them time to avoid the leper if they wanted. Bells were also used to warn people of a leper’s approach. These noisemakers had the added benefit of being useful for begging and collecting alms. 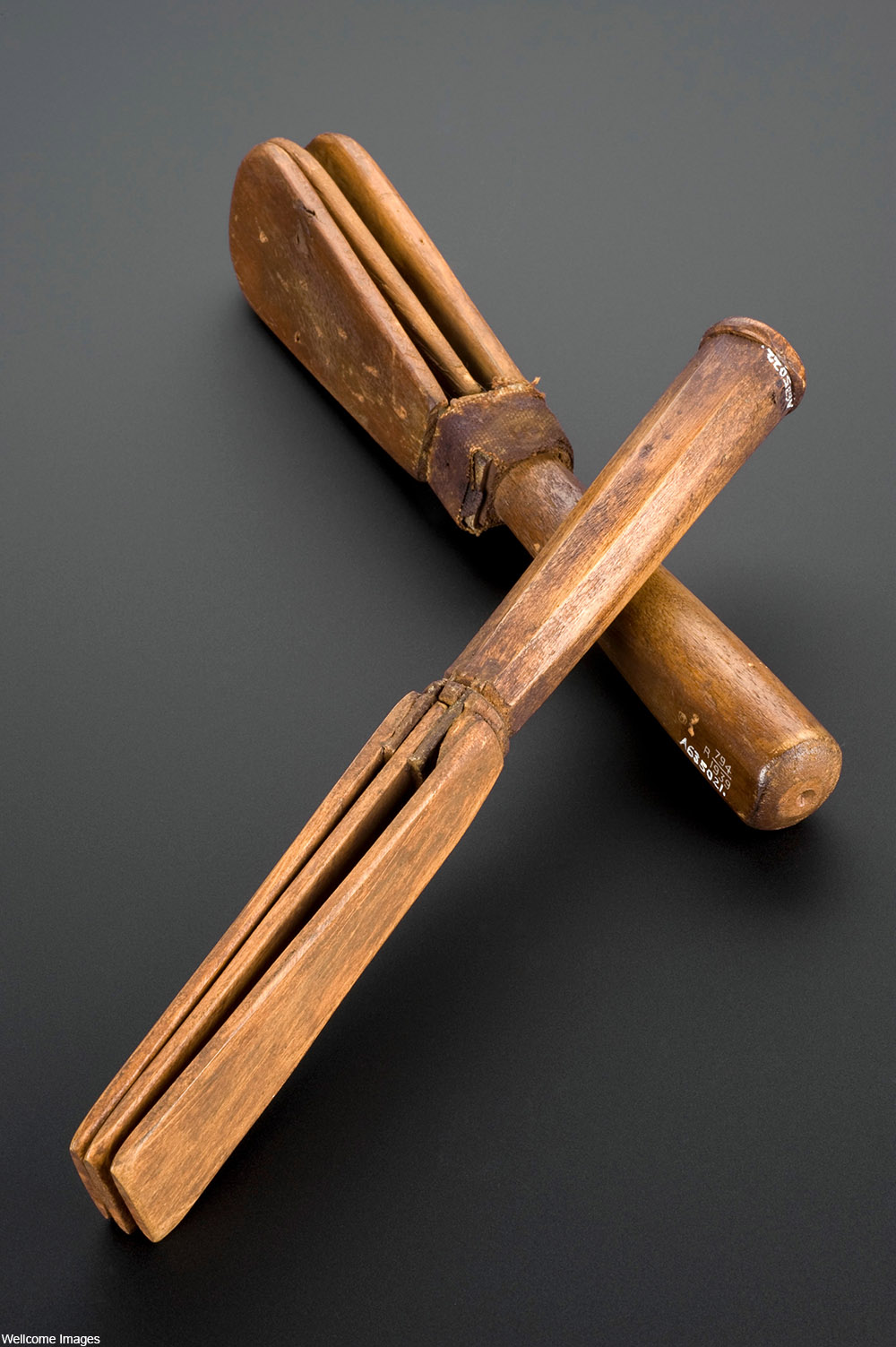 Many lepers were quite poor since no one would ever hire them for work. While many wore rags for clothes, others wore a heart symbol on their chest so that people could see at a distance that they were infected. 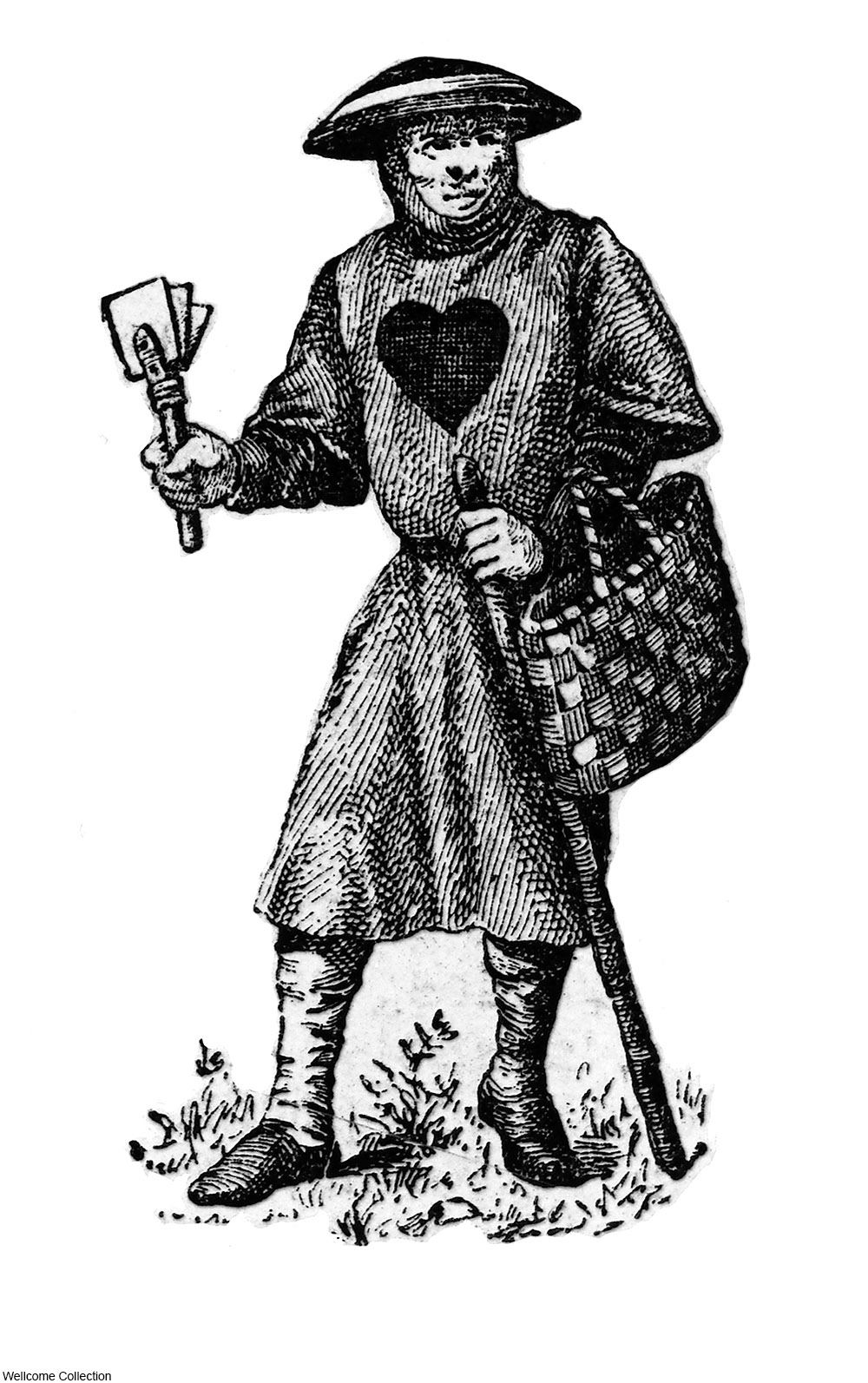 4) Church Was Often at a Distance

Some churches would have run a charity service for the poor and/or lepers, but coming inside the church for regular Sunday services was out of the question. Instead they could view the church services from a Hagioscope (more commonly known as a leper’s window) which allowed them to see a tiny portion of the church interior. These windows, more importantly, kept the congregation inside from seeing the lepers, which might have caused panic. 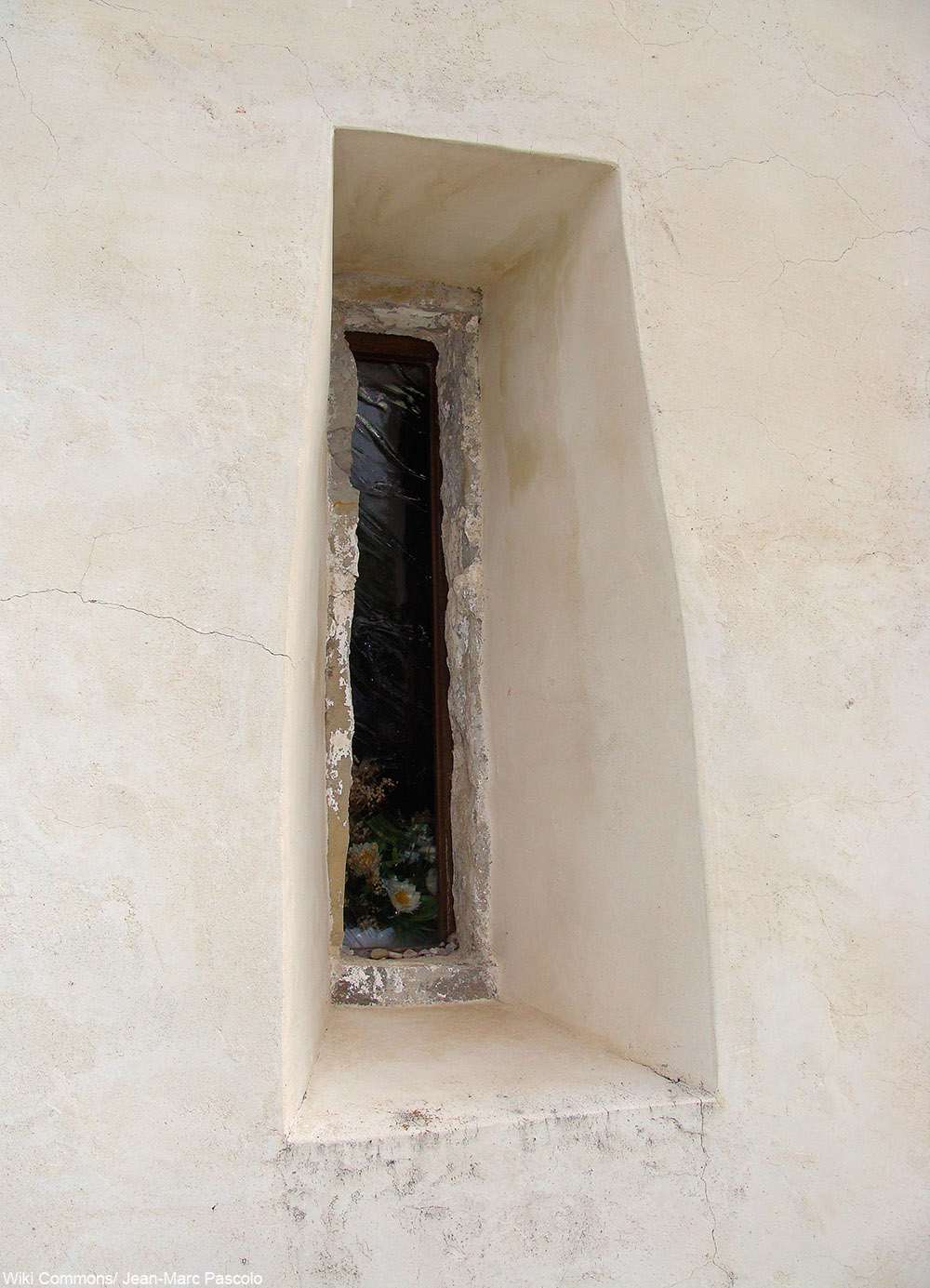 Lepers were often denied entrance to cities (back when towns and cities usually had walls). It was, at the time, a very common practice to simply not let in anyone who wasn’t wanted in the city. This could include the poor, various minority groups, and the sick.

Lepers were supposed to walk downwind of anyone they passed on the roads. The concept of miasma, that one got sick from breathing in bad smells, meant that people were fussy about breathing around the sick. 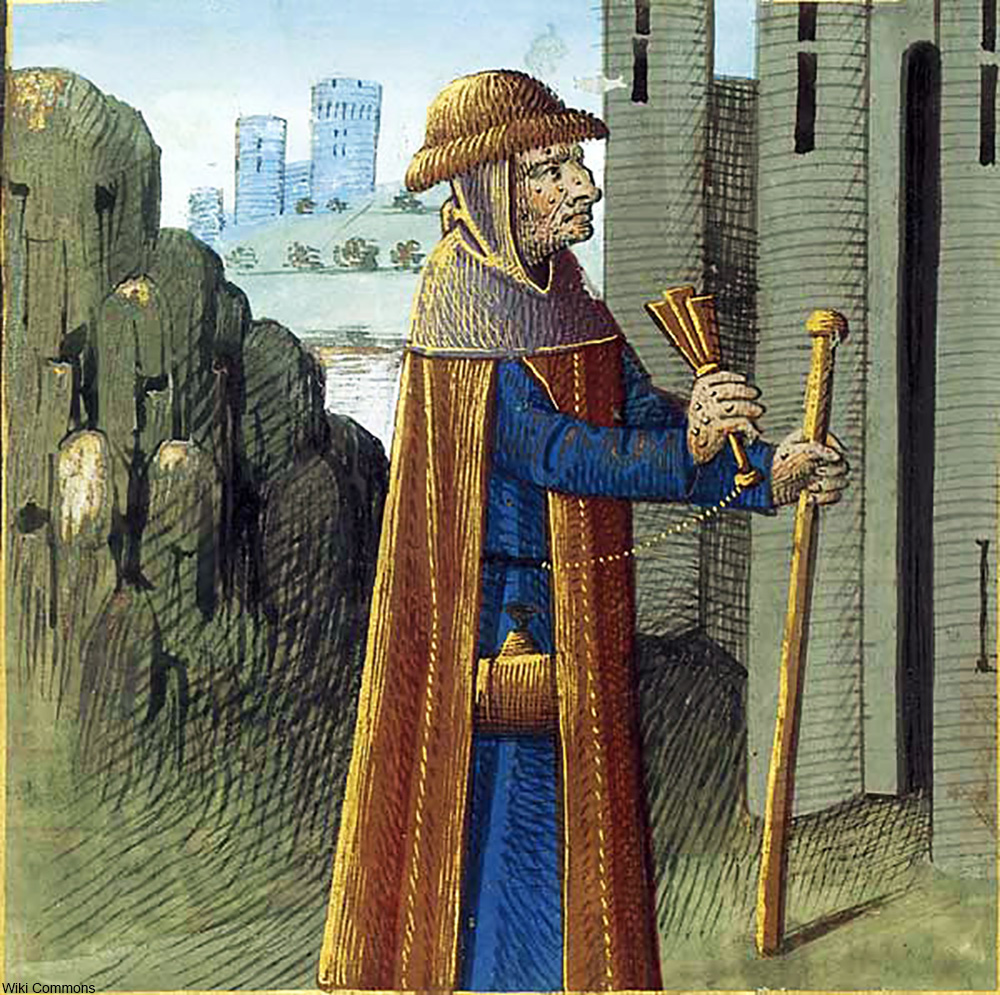 Today there are only a few leper colonies left in the world, but once upon a time it was more common to send lepers away to live with disease in a community of people who were also affected. Short of sending someone away, there was also a metal cell shack that was created to keep the bad stuff in, but also give the victim a place to call home. Despite all that there were some areas in which lepers would have been treated as pilgrims enduring a Christ-like suffering before death. 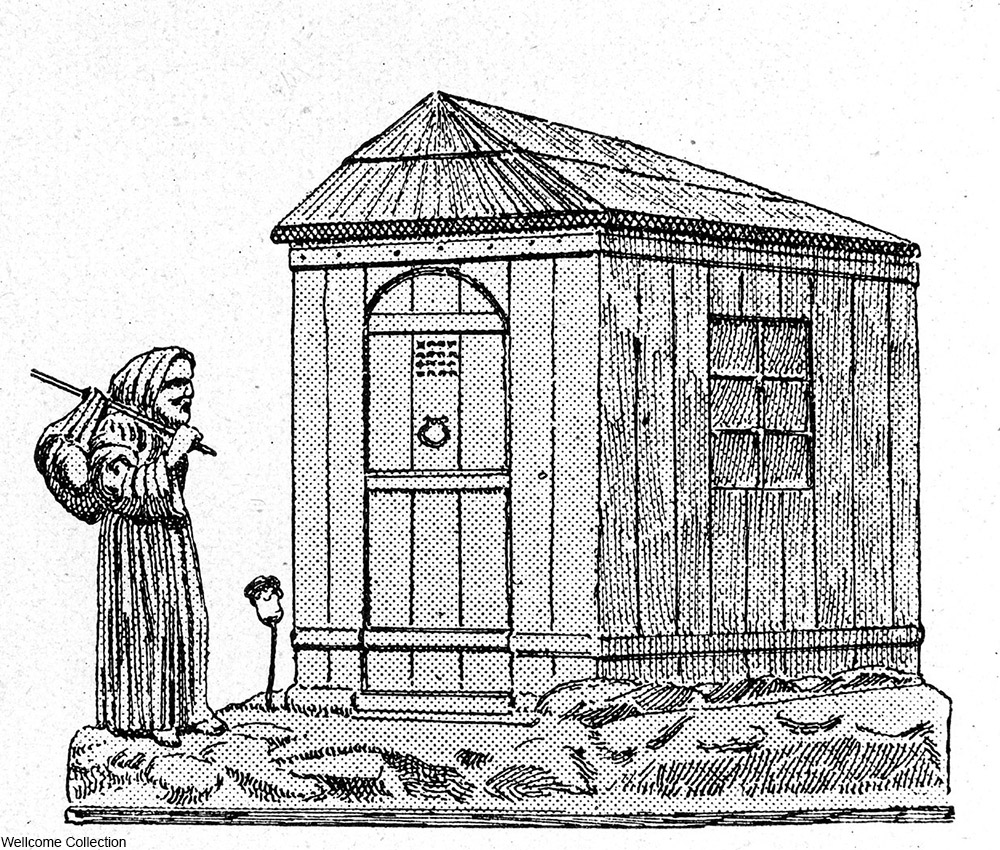 Why smallpox scars were once considered a good thing: Click “Next Page” below!