As the American-born daughter of Indian parents, I was contractually obligated to ignore my grandmother when she tried passing on her home remedies to me in my teens.

Most of them just seemed too good to be true. I remember her telling me about this one homemade mask she used when she was younger that supposedly made her skin lighter than her sisters’, but having seen pictures from her childhood that showed otherwise, I was hesitant to believe her.

Eventually, though, like many of my peers, I started reassessing my decision to dismiss my grandmother’s remedies as old wives’ tales once I reached my late 20s and my body began showing a few signs of aging.

It’s nothing dramatic — I mean, my idea of a fun Friday night is having one drink at a bar and heading home by 11 to catch up on all the shows I missed during the week; it’s not like I’m ravaging my body with nonstop partying. It’s just a few wrinkles and stretch marks here and there, a few subtle reminders that I’m getting older.

On a recent trip to Los Angeles to visit my in-laws for a week, I decided to take the plunge and try a handful of my grandmother’s remedies for myself. I picked six of her go-tos:

With a decent amount of space in my in-laws’ house to attempt these DIYs and a mother-in-law who’s eager to help, what could go wrong? 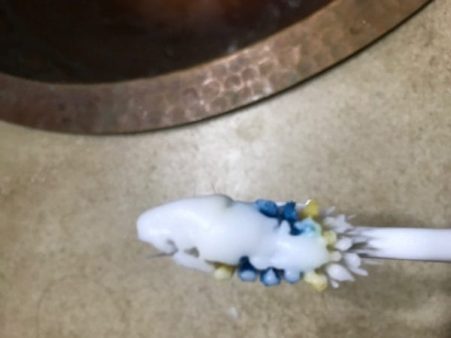 This is one of my grandma’s more “mainstream” remedies — I’ve seen it in multiple magazines in recent years — but she didn’t use it because it was popular. Rather, her family probably couldn’t afford toothpaste.

I’ve used toothpaste with baking soda in it before, so I was curious as to whether straight baking soda would make a visible difference in my smile. 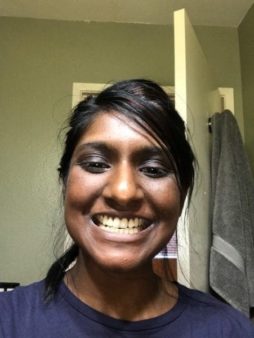 The color of my teeth makes me either smile or cringe, depending on the light. They’re healthy, according to my dentist, but I’m occasionally tempted to get them professionally whitened. 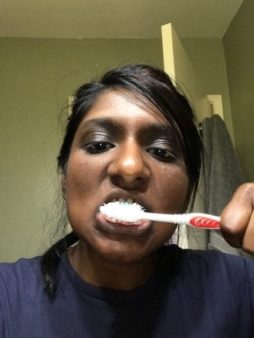 I missed the foam of regular toothpaste, but the grainy texture of the baking soda made me feel like I was scrubbing off grime and actually accomplishing something. 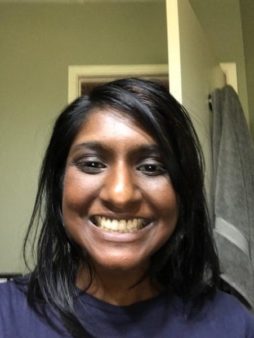 Looking at my teeth post-brush, I don’t know if I notice much of a difference. (I’m mostly just reminded of the fact that I haven’t been wearing my retainer for years — my teeth have definitely shifted over time.)

Still, this remedy is simple enough that I wouldn’t mind trying it a second time — and it’s not like my baking soda is going anywhere. According to the box, it’s good for another five years! 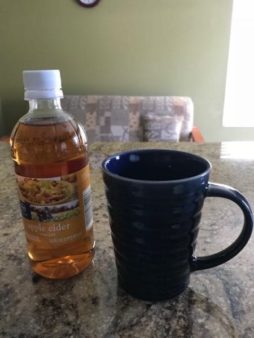 Apple cider vinegar has too many health benefits for one internet article to handle, so it seems. Do a quick Google search for the phrase “benefits of apple cider vinegar” and you’ll get more than a million results, from blogs explaining how it can help you lose weight and treat dandruff to articles about its anti-inflammatory and acne-fighting properties.

My mother-in-law drinks apple cider vinegar with hot water every morning, so I drank a cup with her one day. I nearly gagged. It tasted terrible, even after I added some cinnamon to it. My mother-in-law told me that it would take a while before I got used to its sourness, but I don’t think I’ll have a second cup anytime soon. 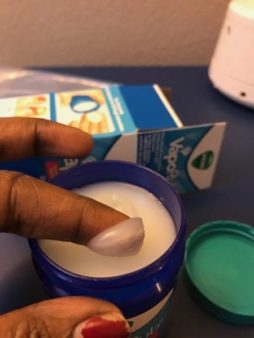 I got stretch marks on my thighs during puberty. I usually don’t even notice they’re there, but with bikini season in full swing, I decided to try to lighten them by rubbing Vicks VapoRub on them, per my grandma’s recommendation.

I’m not ready to show the internet my stretch marks (nor any potential future employers), but just trust me when I say that this is a (blurry) picture of some Vicks on my upper thigh: 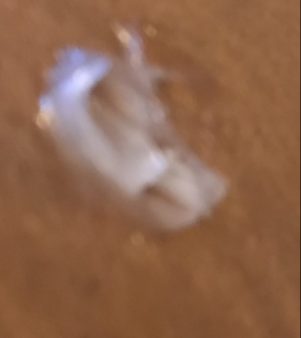 I didn’t notice an immediate change in the appearance of my stretch marks after rubbing Vicks on them, but overall I found the whole ordeal pretty enjoyable. The Vicks felt really good on my skin after a day in the sun, and its smell was oddly comforting, bringing me right back to those nights during my childhood when my mom would rub my back with it to ease my cold symptoms. 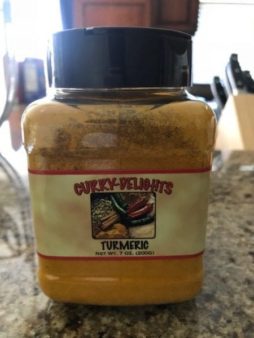 I went to the local Indian grocery store and bought some turmeric (along with some sweets, of course). I mixed the turmeric with some milk, just like my grandma used to do, and put the mixture on my face. 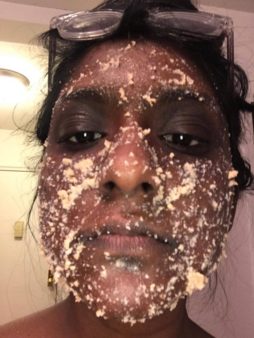 After applying the mask, I immediately remembered why I hated it so much when I was forced to try it as a kid. It felt so gross, and it didn’t look anywhere near attractive. (I sent the above picture to my group chat with my BFFs and gave them a good scare.)

After 10 minutes, my face had tightened and talking had gotten difficult — I think I used too much turmeric and not enough milk? — so I decided to wash off the mask. 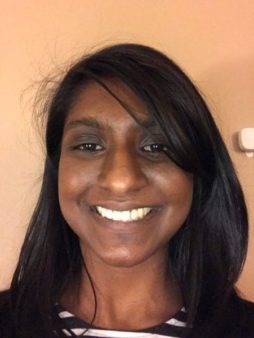 Does my face look any better? It definitely feels clearer and smoother. If the mask were less messy, I might start using this mask weekly just as my grandmother did back in the day. 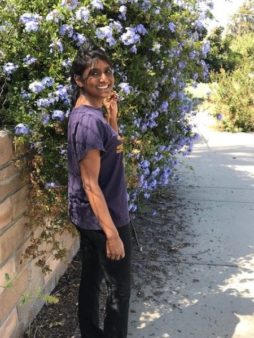 I decided to take advantage of the fact that I was in Los Angeles for the week and enjoy the great outdoors with a hike. (As a New Yorker, I usually reserve the word “hike” for walks I take down 34th street during rush hour, but it felt more appropriate here.) 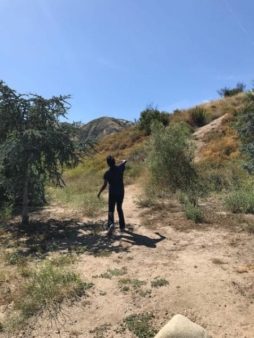 Spoiler alert: I didn’t last that long. I blame it on a lack of proper hiking gear: I was wearing Toms, the only non-sandals I had packed for my trip. (Meanwhile, everyone else I passed on the trail was wearing head-to-toe Spandex and holding a designer water bottle.) The shoes weren’t durable enough, and I definitely had sore feet by the time I got back to my in-laws’ place.

I’d normally head to the salon for a pedicure to ease my foot pain, but since I was still in the middle of my remedy experiment, I went to my in-laws’ garage and found a tennis ball to rub my feet with — something my grandma used to do when her feet hurt. 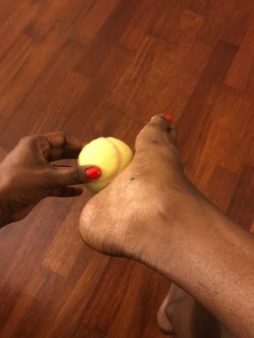 It worked! The texture of the tennis ball felt similar to a pumice stone — tough, but not rough — and rubbing it against my feet was much easier than massaging them with my hands. Highly recommend!

Remedy 6: Curing a Headache With Cinnamon 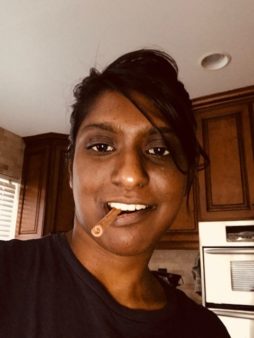 I got a little headache after spending some time in the sun on my hike, so I found some whole cinnamon sticks in the spice cabinet in an attempt to cure it, grandmother-style. No luck: The taste was way too strong. I’ll probably just stick to Advil next time.

Looking back, I have to admit that some of my grandmother’s remedies actually worked. My skin was brighter after the mask — at least temporarily — and the tennis ball made for a cheap, effective pedicure alternative. I’ll probably modify most of her other advice, though, like adding a mere teaspoon of apple cider vinegar to a cup of tea instead of chugging a whole glass. I also just bought some toothpaste with extra baking soda, which I’ll use instead of the plain baking soda. Oh, and the Vicks? I’ve decided I can live with my stretch marks. (Body positivity for the win!)

As for my grandma, she and my mom were both thrilled when I broke the news to them that I finally took the former’s home remedy advice. They sent me all sorts of happy emojis in our WhatsApp chat when I sent them pictures of my experiment. I’d call that a win.