The Instant Pot was a total game-changer when it came to making quick and easy dinners. We’ve had ours for quite some time now, and we love it just as much as the day we brought it home! What makes it even better, is that these meals are so easy to clean up, seeing as there’s just one dish to do. That’s a total win-win in our book! For all the wonderful things Instant Pot can do, there are a few things to be aware of. Here are some things you should never do with your Instant Pot! 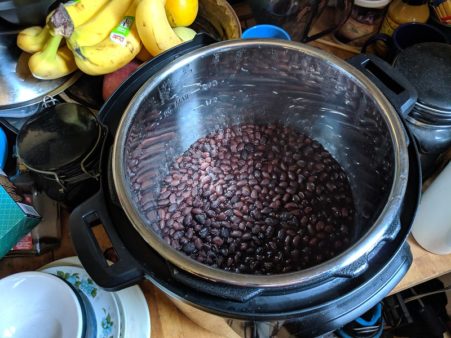 If you’ve ever wondered about how recipe quantity impacts cook time with Instant Pot, you’re not alone! In fact, this is a very common question. While you may think doubling the recipe means you have to double the cooking time, you’d be wrong! Pressure cooking time is based on the size of the food, not the quantity of food. Basically, the cook time is the amount of time the food requires to be cooked all the way to the center. So, whether you have 2 chicken breasts or 4, they all require the same amount of time to be cooked through to the center. However, doubling the thickness of meats does require a cook time adjustment. Keep in mind that a 2 pound roast isn’t necessarily twice as thick as a 1 pound roast.


Don’t Store With Lid On 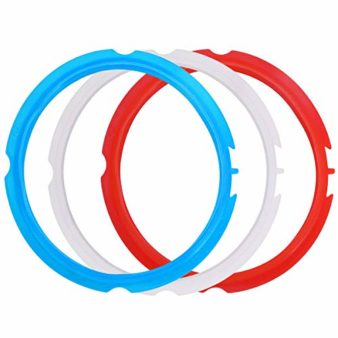 If you’ve been using an Instant Pot for any amount of time, you’re probably well aware of the fact that the sealant ring in the lid can get pretty stinky. If you store your Instant Pot with the lid sealed, the rubber ring won’t get the chance to air out, thus creating more of a stink. You can (and should) wash the rubber sealant ring, but this is a good way to ensure each part of your appliance is in tip top shape! 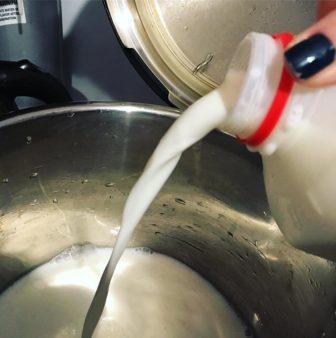 The same is true of slow cookers – don’t add dairy until the food is done cooking. If you add milk, half and half, heavy cream, or some other dairy products too soon, you’ll be disappointed to come back later and see your meal ruined by curddled milk! Make sure to add dairy products last and stir to help thicken everything up. Some exceptions to this rule are canned milk, cream cheese, and jarred cream-based sauces like alfredo. 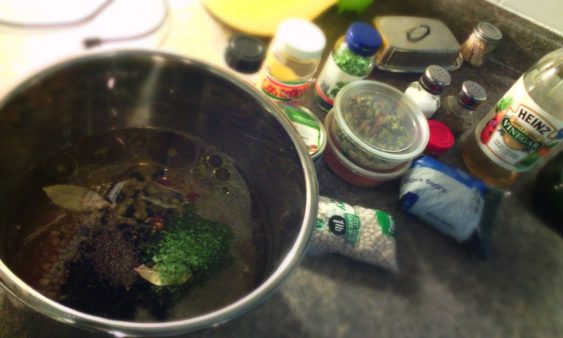 Ah, the dredded BURN message error. You’ve probably seen this pop up on your Instant Pot if you don’t have enough liquid. Here’s a great explanation of the BURN error, according to 365daysofcrockpot.com:

To avoid getting a burn warning on your pot or a countdown without pressure, or if you get one and need to fix it, you just need to understand the basics of how pressure cooking works. The liquid inside the pot boils, which creates the steam and ultimately the pressure because it’s in a sealed pot where the steam can’t escape. So to successfully cook in it, you need liquid that can boil without scorching….it needs to be on the bottom and water consistency. Burn problems come in when you start adding things that thicken and stir them into your liquid (examples would be tomato sauce or other tomato products, cream soups, thick sauces, etc). When you do that, now that liquid is too thick to boil without burning on the bottom of the pot. Once that happens, the pot will never come to pressure until you scrape off anything burned on the bottom and add more liquid to thin it out. 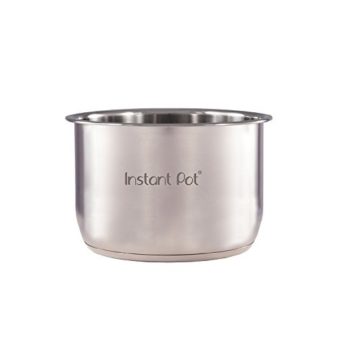 This is far easier to do than you might think. Or, maybe you’re like me and you’re thinking, “Oh wow, I can’t believe I haven’t already done this!” Either way, always make sure to double-check that the steel liner is inside of your Instant Pot! If you do happen to dump a meal directly into your Instant Pot, turn it upside down, take off the bottom, and clean and dry everything. Leave the Instant Pot open and set out for at least 72 hours to let everything dry. Once you put it back together, plug it in and do the water test to see if it’s working.


Don’t Use “Slow Cook” As You Would A Slow Cooker 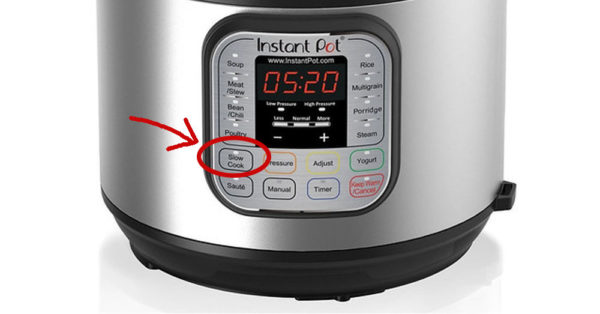