Man Finds $43K Inside Secondhand Couch And Returns Every Cent To Rightful Owner.n

You’d be hard-pressed to find someone more honest than Howard Kirby.

The Michigan dad is the kind of person who always does the right thing, even when nobody’s watching. That’s why his loved ones describe him as a selfless person with a giving heart. Best of all, now the world knows how wonderful he is because of what he gave up for a woman he’d never met! 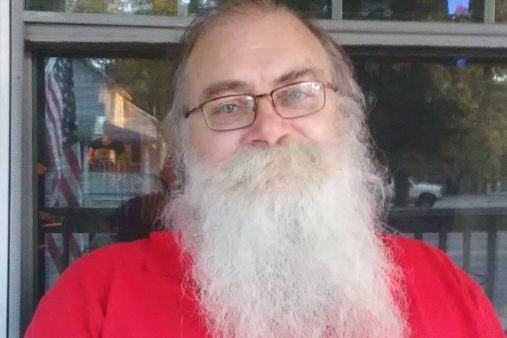 Money is tight for the Kirby family, so when Howard recently found himself in need of furniture, he went to a Habitat for Humanity ReStore in Ossowo. Among the items he took home was a secondhand couch.

At first, it didn’t seem to be worth the $35 he spent because something was wrong with one of the cushions. But when his daughter-in-law Diane unzipped it to get a better look, she found wads of cash stuffed inside!

Diane and Howard pulled out a total of $43,170! They didn’t know where it came from, but according to the lawyer Howard talked to, he had every right to keep it. He grew excited as he imagined paying off his house or finally getting a new roof — but ultimately, he knew he had to return the money.

Howard called the Habitat store and found out the cash’s rightful owner was Kim Fauth-Newberry, who’d inherited the couch from her late grandfather. Clearly, she had no idea that he’d stashed cash inside before she donated the couch in December.

So when the store asked Kim to come back in for a forgotten possession, she thought she’d be getting family photos or something similar. Instead, Howard presented her with thousands of dollars! 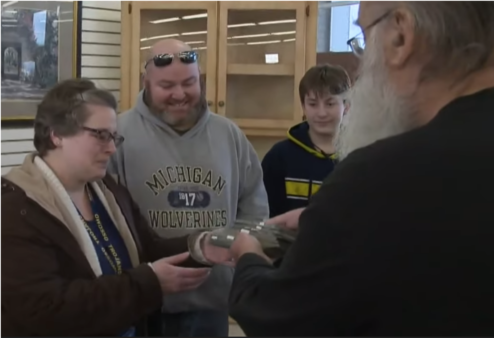 “I always thought what would I do if that ever happened, and now I know,” Howard said. “It makes me feel good.”

News of Howard’s good deed spread throughout his community, and they decided to repay the favor. Someone started a fundraiser on GoFundMe to get the Kirbys some financial help, and a contractor offered to replace his roof — for free! He didn’t even have to worry about building materials because Eikenhout Building Supplies donated everything. 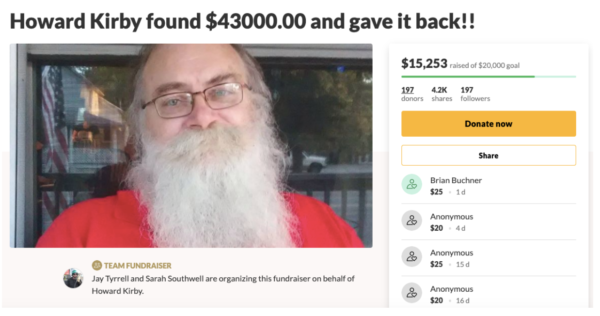 Howard’s story is a perfect example of how one act of kindness can grow into many. Let’s all remember this the next time we see an opportunity to brighten someone’s day!

Learn more about Howard’s discovery in the video below, and share this story recognize his giving spirit.