As the old saying goes, “Kids say the darndest things.”

So when a third grade teacher asked her students to write letters to God, their replies were just as hilarious and off-the-wall as you’d expect. Best of all, they didn’t mince words as they tackled some of life’s greatest mysteries.

1. Not the light bulb or automobiles… 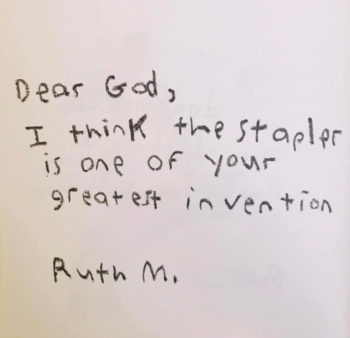 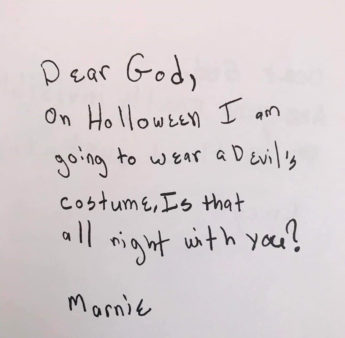 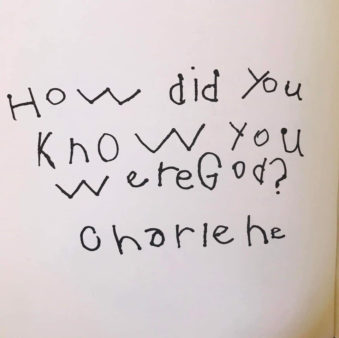 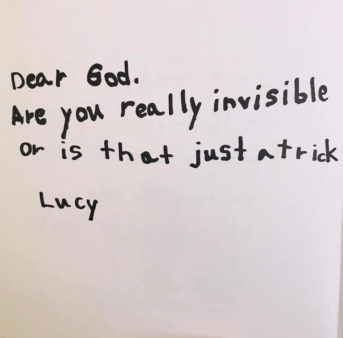 5. No, but seriously we want to know. 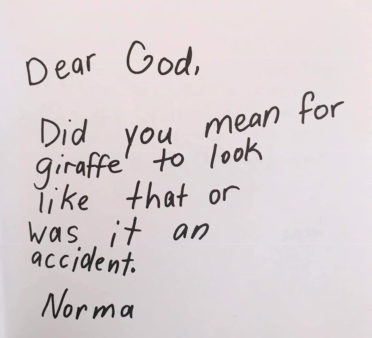 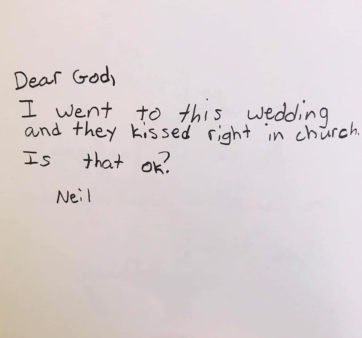 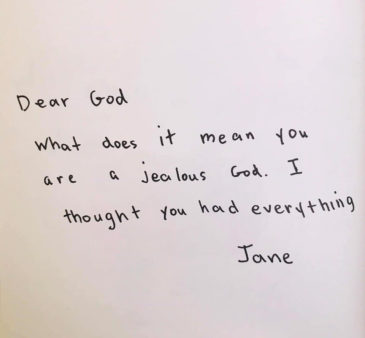 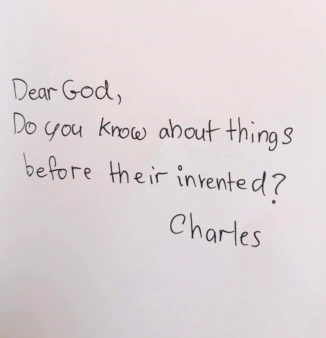 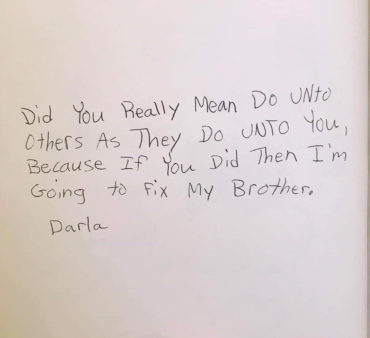 10. There might have been a few bugs to work out. 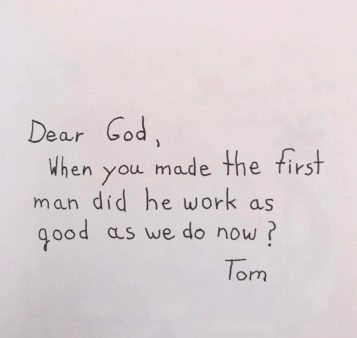 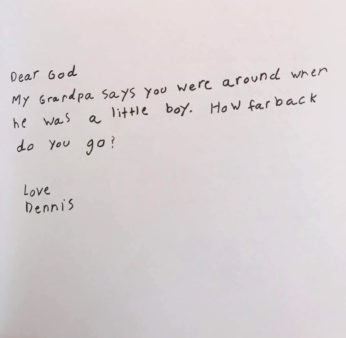 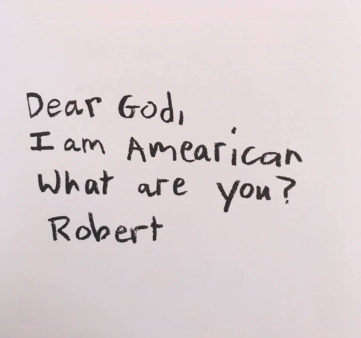 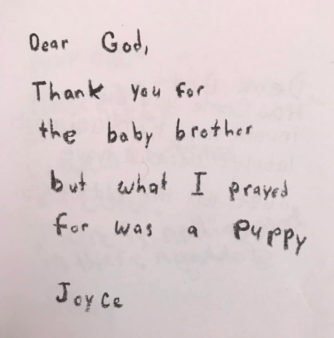 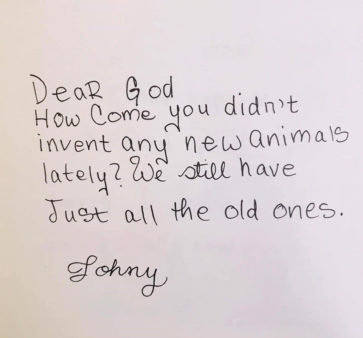 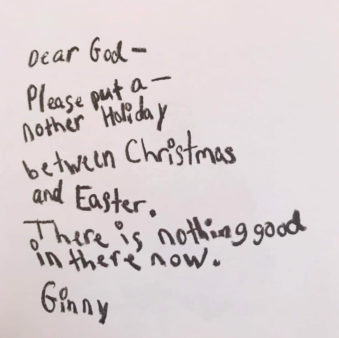 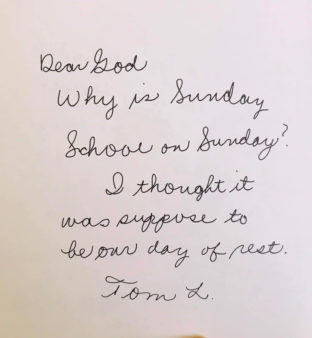 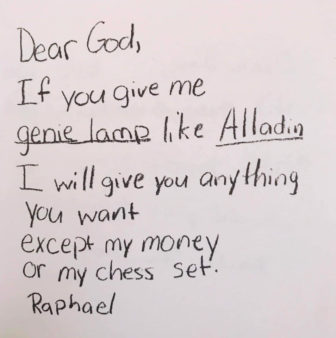 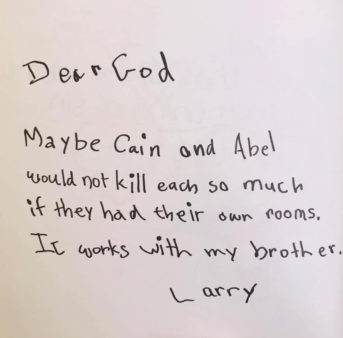 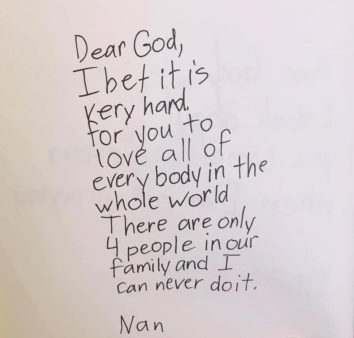 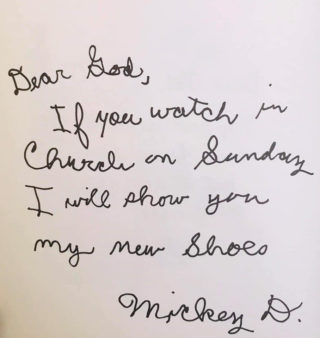 These kids are beyond adorable! We love their brutal honesty and fresh perspective. The only question they missed is whose idea was it to invent mosquitoes?