In Western Russia a grave containing the remains of four warrior women was recently excavated. The tomb dates back to around 2,500 years ago and had previously been robbed of valuable grave goods. However, there was a stunning piece that the thieves missed. The other incredible aspect of this grave is that the women spanned three generations, all buried together in an unusual configuration. 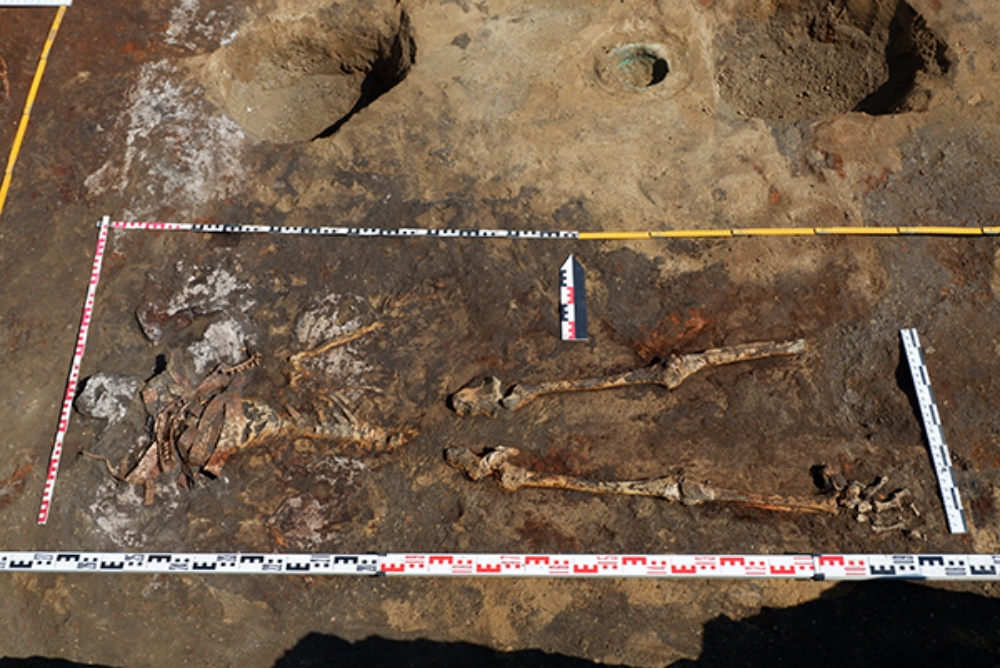 The women were Scythian, a group originating from Iran, who moved westward from the 9th century BC onward. Their expanding empire had crumbled to the Sarmatians by the 2nd century BC. Up until their demise the Scythian were known for their prowess on horseback, which made them far more mobile than their enemies and made their status as fierce warriors legendary.

Until the recent past the Scythians were known mainly from the writings by Herodotus when he visited their empire in the 4th century BC. It has only been in the 20th century that the graves of these mighty warriors have been unearthed. 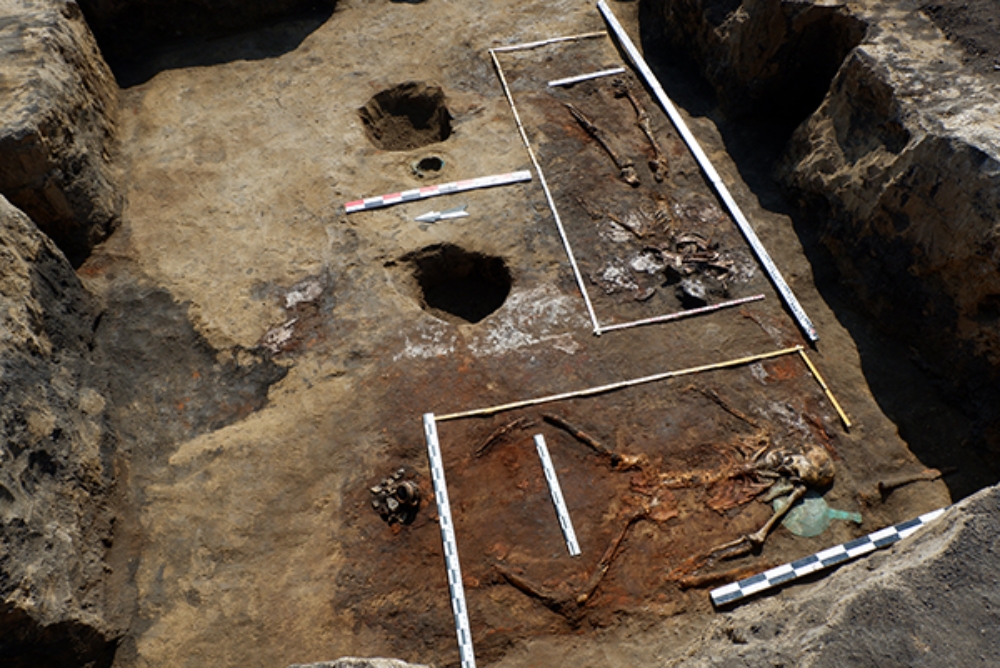 Excavation of the Scythian tomb of multiple warrior women near Devitsa, Russia, clearly showing one woman buried in horseback riding position. Via/ Institute of Archaeology Russian Academy of Sciences

While the graves of warrior women have been found before, never have so many female fighters from different generations been found together before.

This tomb was discovered near Devitsa, in the Ostrogozhsky District of the Voronezh Oblast in western Russia. The graves were among 19 mounds found in the area. The burials are now part of the Don Archeological Expedition of the Institute of Archeology of the Russian Academy of Sciences.

Among the grave goods were iron arrowheads and knives, as well as animal bones and various components of horse tack. Due to the lamb bones found in the tomb, the speculation is that it the burial was completed no later than November (based on animal breeding patterns). The lamb was in a cooking pot, which may indicate the need to feed the dead in the afterworld.

The discovery gives credence to the Greek myth of the Amazon warriors who ruled their territories with brutal efficiency. Herodotus thought that the Amazons and the Scythians fought, but it seems at least possible that the ancient myths actually refer to the Scythian people.

Ancient vessels and an incense burner found in ancient found inside the tomb. Via/ Institute of Archaeology Russian Academy of Sciences

Originally the tomb would have been covered in oak blocks and one part of the chamber had been robbed. This is where a 13-year-old girl and a woman in her early 20s were buried.

Unbeknownst to the thieves there was another chamber in the tomb where a woman in her 30s was buried in a horseback riding position and surrounded by a bronze mirror, 2 spears, and a glass bead bracelet. This corpse had her leg tendons severed post-mortem in order to achieve the proper pose.

The “secret” chamber also held the corpse of a woman in her 40s to 50s wearing a magnificent gold headdress adorned with flowers and amphora. A female warrior grave like this has never been found, although fragments of such crowns (or calathos) have been discovered before. The presence of such an object most likely indicates a royal burial. 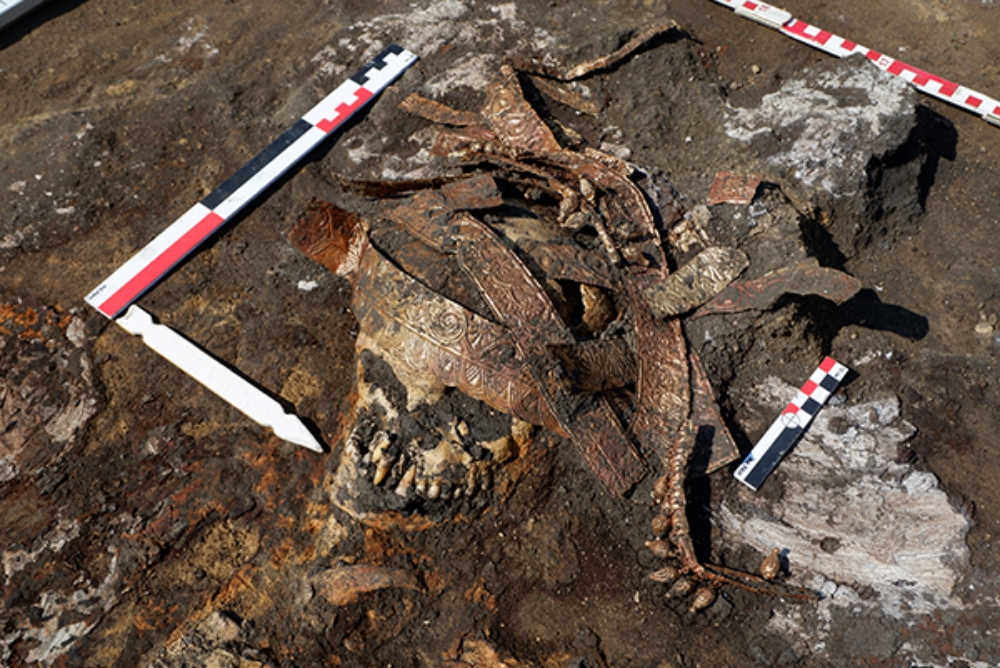 Vases and incense burners also were found on site, yet more indication of the importance of this particular burial mound to the Scythians. Sadly, many of the Scythian burials in Russia have been robbed over the years, meaning that archaeological finds like this are extremely rare.

According to Valerii Guliaev, lead archaeologist for the Don excavation sites, warrior women like those found in the multi-generational tomb, were the norm rather than the exception. Other female Scythian warrior corpses so far were also buried with the elaborate rights and grave goods, as were their male counterparts, indicating the respect and power these women held in their time.