26 Discontinued Foods That We Need To Bring BACK!!

Like a hulk of a St. Bernard that thinks it’s a tiny shih tzu, awesome things sometimes plop into our laps—a beautiful sunset, a stumbled upon TV show, a video of a guinea pig-sized goat frolicking with a friend.

Sometimes, these things are taken from us too soon—the night snuffing the beautiful pinks of dusk, early cancellation of a favorite television series, someone committing the ultimate crime against cute by pulling a mini-goat video from the interwebs.

Once these things are gone, they’re usually gone for good. But sometimes they get a second chance.

The passionate fans of the once defunct breakfast cereal recently got the ultimate treat at the bottom of the box when General Mills re-released the sugary delight.

Yet, this doesn’t seem fair. Why do only those who bow at the altar of French Toast Crunchism get to have all the fun? There are tons of other extinct nibbles and sip-friendly sodas of yesteryear we wish would be re-released. So, here is our list of 24 snacks and drinks we hope return to stores. 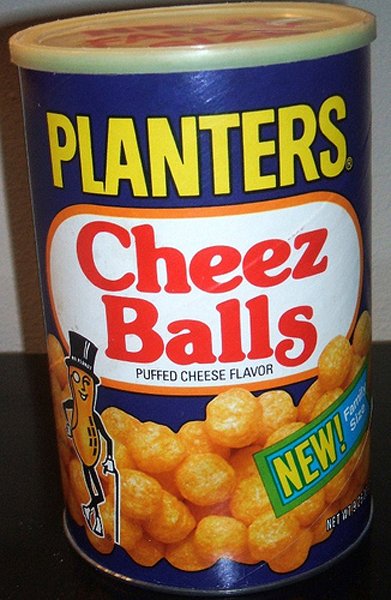 Discontinued in 2006, our fingers became a little less cheese dusty with the loss of these.

Discontinued before the new millennium, the company is currently doing a crowd-sourcing campaign to bring it back. EVERYONE EMPTY YOUR POCKETS IMMEDIATELY. I loved this stuff! 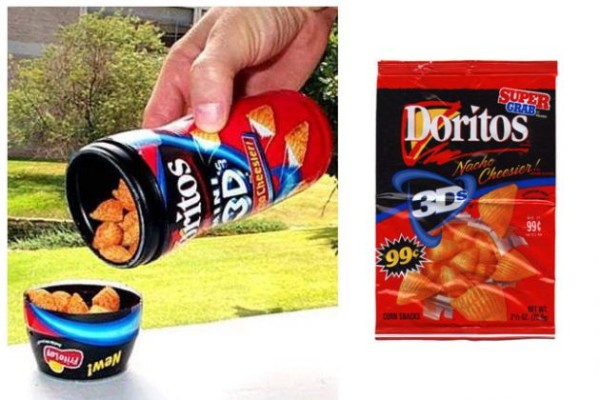 In the mid-2000s, Frito Lay released these air-filled nuggets of heaven and discontinued them just a few years later, robbing the world of a true delicacy. The now-defunct snack still has a passionate fan base. In fact, one Littlethings.com staffer claims, “The only reason they failed was because they were ahead of their time. They were the Sir Isaac Newton of junk food.” 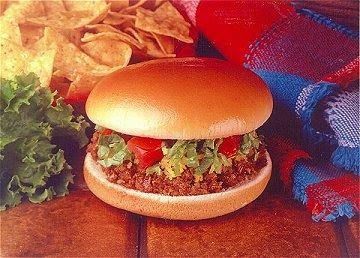 Taco Bell’s version of a Sloppy Joe was included in the restaurant’s original 1962 menu, but most likely due to its “think outside the bun” campaign in the ’90s, the beloved item was nixed from the franchise. 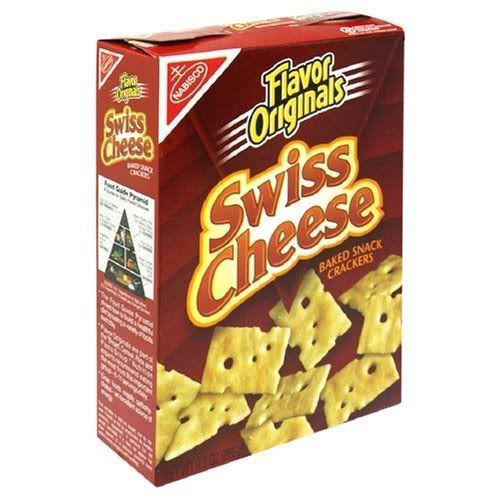 Popular in the ’80s, Nabisco discontinued their Swiss cheese-flavored crackers, which upset many. There’s even a Facebook page called “Bring Back Nabisco Swiss Cheese Crackers!” dedicated to its revival. 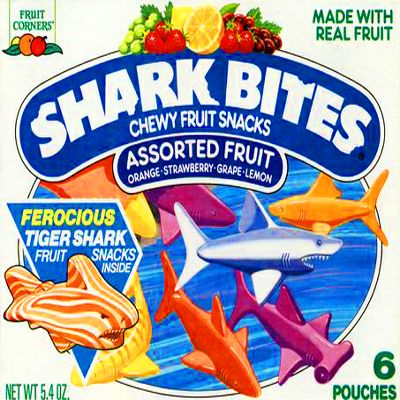 Shark Bites, which were advertised as a healthy fruit snack, were actually just sugary shark-shaped gummies. They didn’t make it into the new millennium because of this farce, but they were still delicious. 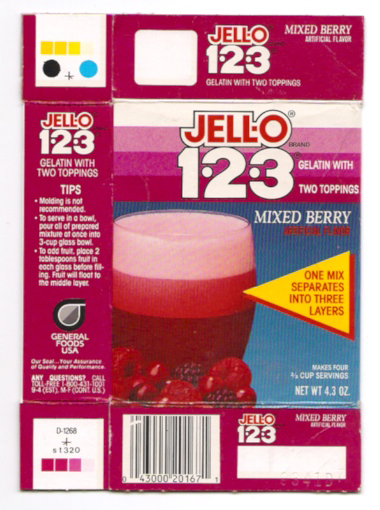 Introduced in 1969 and discontinued in 1996, this ULTIMATE JELLO SUPREME PACKAGE OF DELIGHT was separated into three distinct textural layers: a creamy top, a mousse-like middle, and plain Jello bottom. 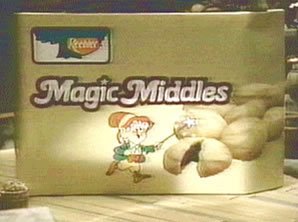 Cherished in the ’80s and 90s, these chocolate-filled short bread cookies no longer exist, but people seem hopeful for their triumphant return: a Facebook page and an Amazon page is ready and waiting for the cookie’s re-launch. 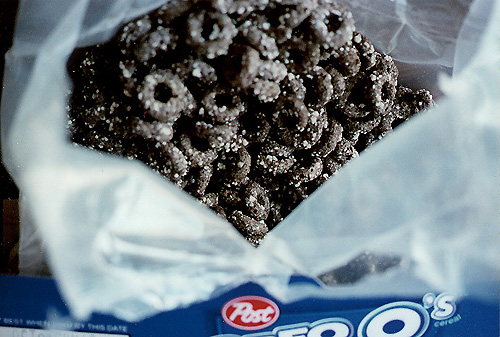 The delicious cereal that married the natural pairing of cookies and milk, Oreo O’s, was sadly discontinued in 2007…except in South Korea. 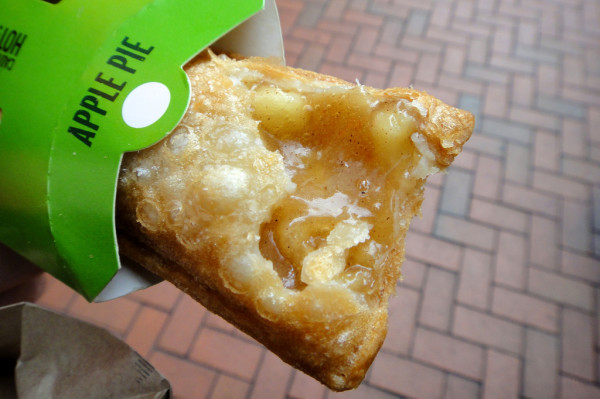 Before the era of baked apple pies at McDonald’s, there was a magical time when they were fried. And it was glorious. 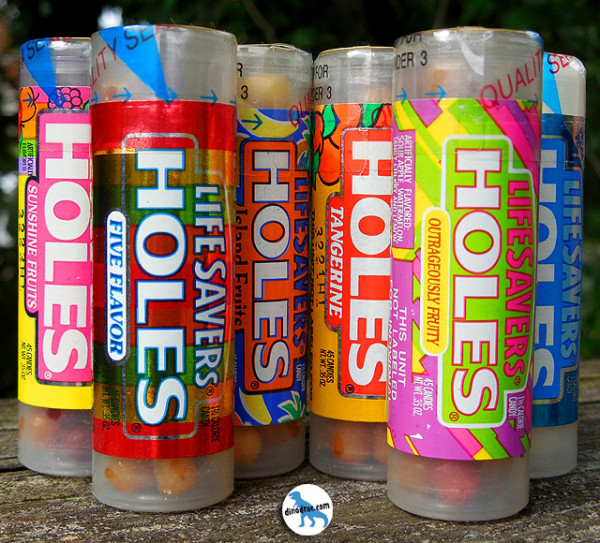 No one is quite sure when these fruity delights went extinct, but it begs one to wonder—what does Life Savers do with all those discarded holes from its traditional candy????? 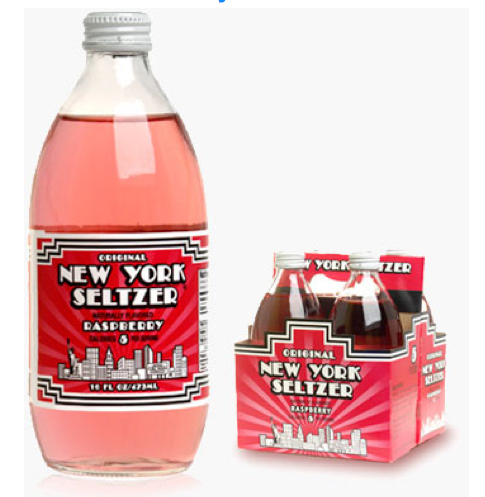 When the California-based New York Seltzer (yup, you read that right) went bankrupt in 1993, delis and bagel shops were never the quite the same. 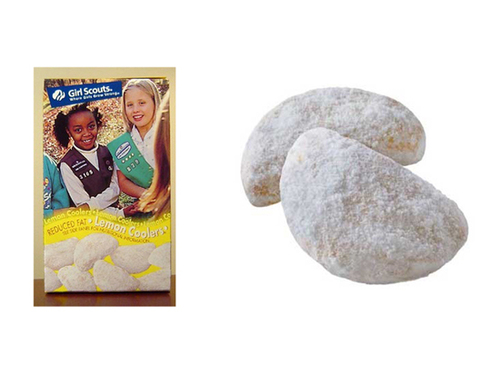 Discontinued in the mid-2000s, the wafers with a lemon zing and a dusted coat of powdered sugar were replaced by Savannah Smiles in 2012, but true fans can tell the difference. 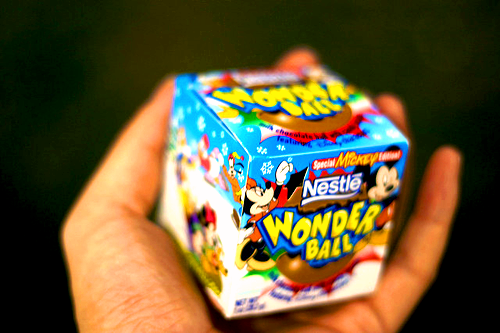 Nestlé sold the chocolate ball filled with a secret toy to the Frankford Candy & Chocolate Company in 2004. Unfortunately, it has since been discontinued. 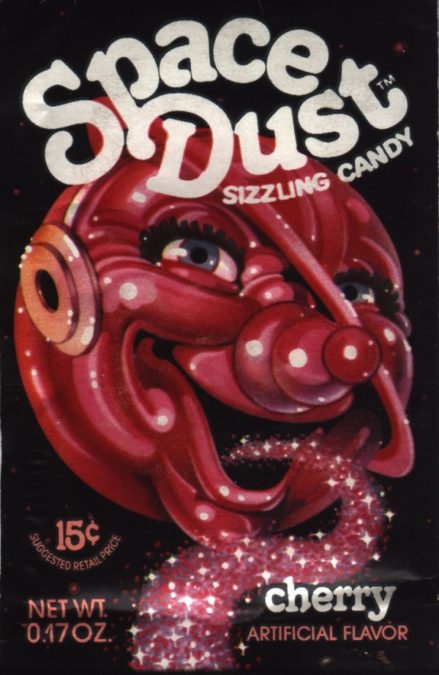 Launched in the ’70s due to the popularity of Pop Rocks, Space Dust was a more finely-ground, sizzling candy that, unfortunately, didn’t make it into the new millennium. 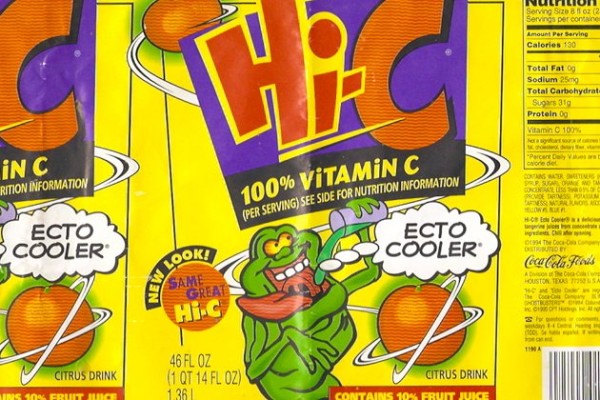 Launched in 1987 to promote “Ghost Busters,” this drink was only supposed to last as long as the series. It was so successful, however, that the juice box flavor survived the series’ 1991 cancellation. The green ghost Slimer left the box sometime around 1997, but Minute Maid did not discontinue the product until 2001. 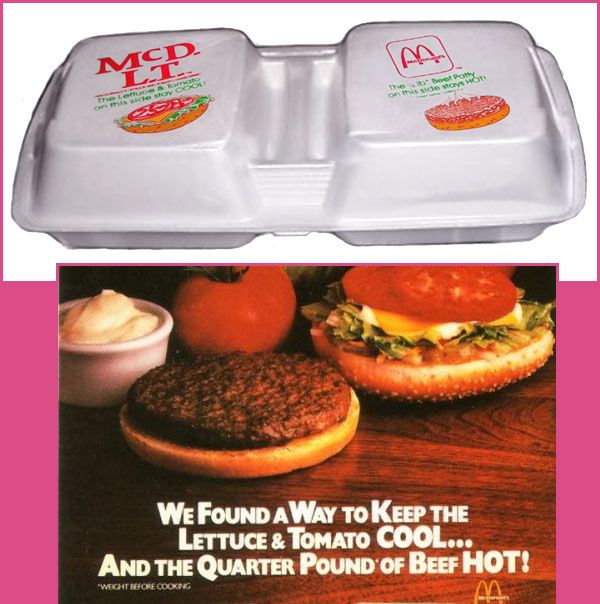 The McDLT was pretty brilliant. It was a deconstructed quarter-pound burger with the lettuce, tomato, and mayo all served in separate parts of a double-sided polystyrene container to “Keep the hot side hot, and the cool side cool.” That way you could avoid hot lettuce and tomato oiled down by burger grease and mayo. The item was discontinued some time in the ’90s. 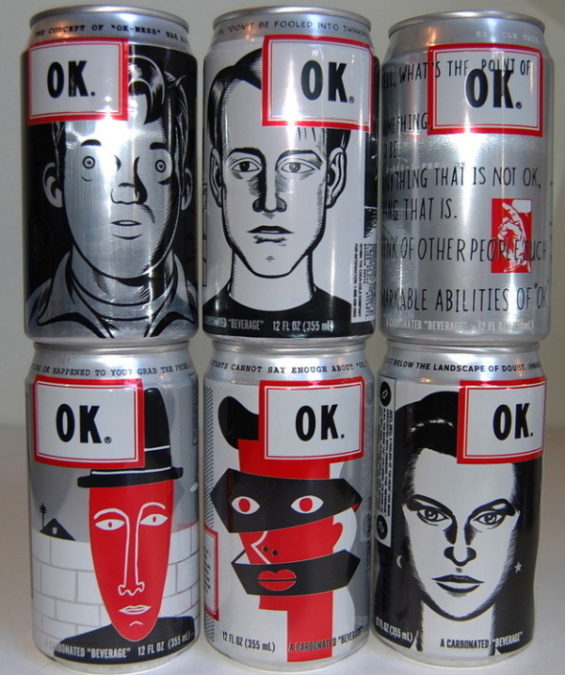 Despite the slogan “Things are going to be OK,” the cola-flavored Ok Soda was discontinued in 1995, only two years after being released, though it did have a small cult following.

Now used as the name for its fruit candy, Wonka Oompas were once a chocolate and peanut butter candy produced in the ’70s and ’80s. 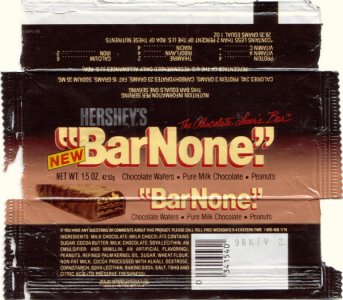 Bar None’s original slogan claimed it could “tame the chocolate beasty,” but only until 1997 when it was discontinued. You can, however, still buy it in Mexico. 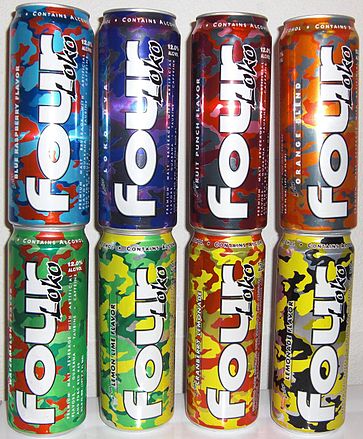 Though the brand and name still technically exists, it’s not the same caffeinated booze American came to love in 2005. The formula changed vastly in 2014. 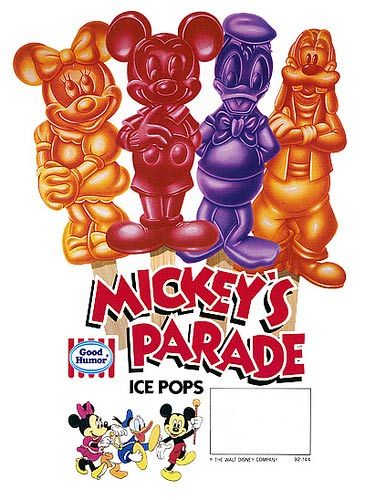 Pulled from the hands of children all over the world in the early 2000s, you can’t even find these puppies on eBay anymore. 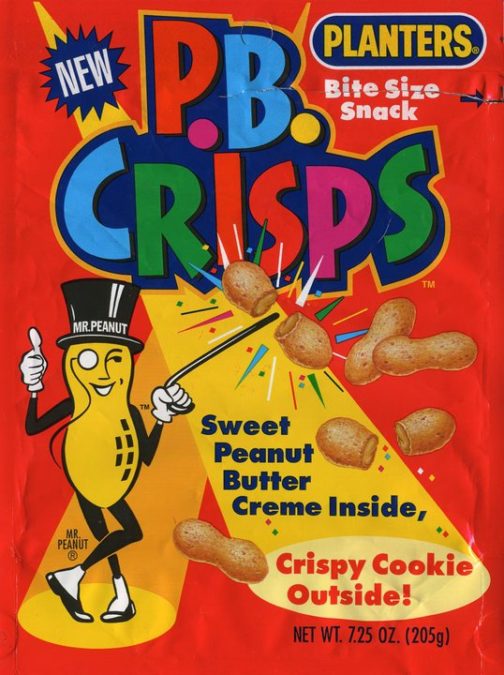 Killed by the man (i.e. Planters) in 1995, the product has a devoted following that wants this delicious treat to come back to our collective mouth holes.