Woman Discovers That Her $250 Painting Is Worth A Small Fortune

It is always interesting to watch Antiques Roadshow to see what people bring to the table. In Harrisburg, PA, however, a family painting proved to be more interesting than most.

A young woman received the painting from her grandmother when she died. She said it “Always hung right above her bed. Her dad, I’m guessing, would’ve given it to her after she spent the summer at a dude ranch when she was 19, in, like, the ’40s.”

She wasn’t sure if it was a print or painting but a chance encounter with a mosquito under the glass changed everything. “I took it out to the front yard and I opened it up to get the mosquito out, so I could take it with me to college, and then it kind of scared me a little. I closed it back up immediately because it looked like it might be real.” 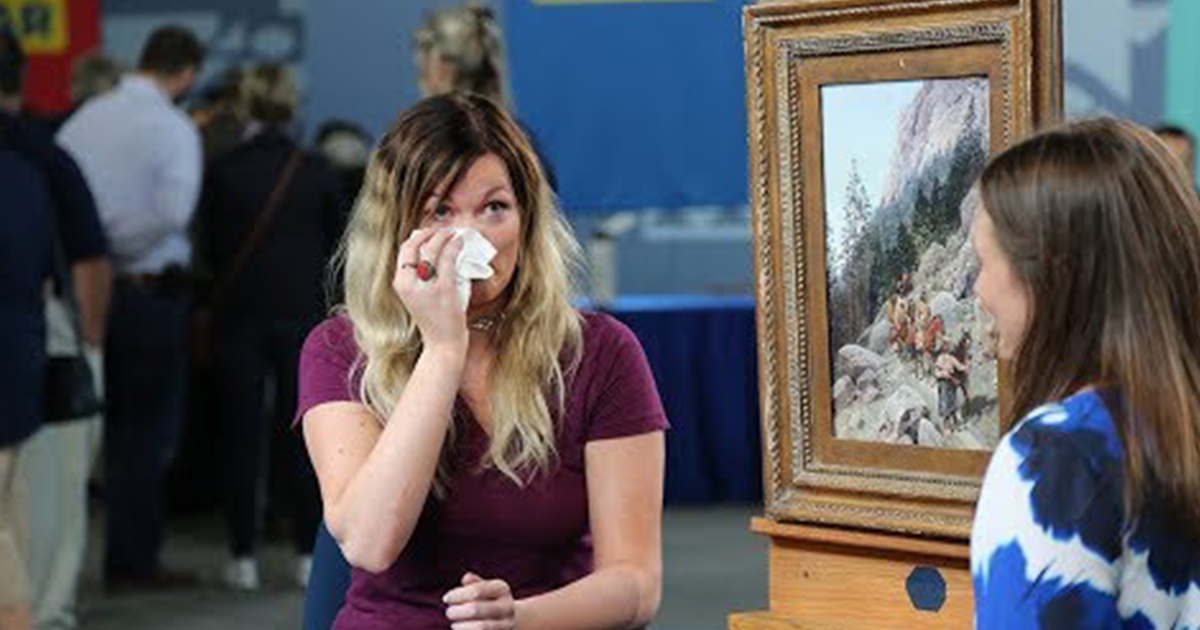 What she didn’t know is that the item was actually a real painting by a French artist named Henry Francois Farny. He was living in PA in the late 1800s and became friends with the Seneca and Sioux Indians. She explained the Farny “represented Native Americans in a very kind of peaceful, tranquil way.” It could be easily seen in the painting. That is when the evaluator told her it was worth between $200,000 to $300,000. As you could imagine, the woman was shocked and brought to tears.