25 Unconventional Halloween Costumes That Showcase The Greatness Of Girls

This year was the very first time my toddler had some actual input on what she wanted to be for Halloween.

Prior to this, the costumes were well thought out by me months in advance. But at 2½, she was understanding the idea of dress-up. She might be too young to understand Halloween — or even Halloween costumes — as a whole, but this was the first time she could go door-to-door and have fun with it.

My husband and I brought her to the Halloween costume store in the mall. Immediately, she was obsessed with how fun and colorful the experience was. But the first thing she did?

She put on a red firefighter’s hat and proudly walked around the store with it. I was equally proud. It was proof, in my eyes, that not all girls would immediately run toward the Disney princesses. Some had other goals in mind. Even though she didn’t choose to be a firefighter, she was happy to entertain the thought. She saw that hat and didn’t let anything, or anyone, stop her.

These days, there are plenty of good Halloween costumes to encourage young girls to break the mold. You just need to know where to find them. While Spirit Halloween has a lot of good things within its rented floor space, you can also piece together items you find online to create something original and empowering. There are also incredible costume makers on sites like Etsy. They’d love to make your child’s holiday extra special and unique this year.

Halloween costume choice is ultimately up to your kids, but as their parent, it’s never a bad idea to steer them in unique directions. They will look back at pictures and feel happy that their Halloween costumes made a greater statement. Here are 25 of the best Halloween costumes for young girls that prove, even further, that women can be anything they want to be. 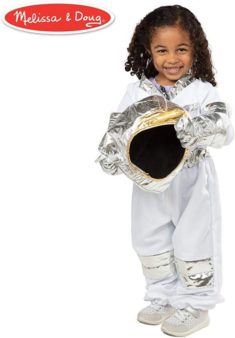 Here’s an interesting fact — according to CBS Minnesota, around 550 people have been in space, as of 2016. In July 2017, NASA reported that only 59 of them were women. Let’s change that up in the future. If your little girl wants to be an astronaut for Halloween, this costume from Melissa & Doug on Amazon is the perfect choice. According to the listing, this costume is perfect for girls between the ages of 3 and 6. 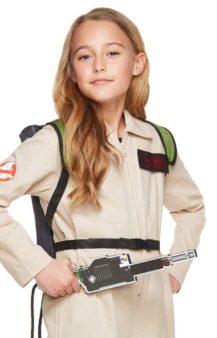 You may remember that an all-female version of Ghostbusters came out in 2016 — and people were quick to judge. Even though the film wasn’t trying to replace the original movie, people had an issue seeing women in the iconic roles once given to men.

Even though the movie wasn’t big at the box office, your girl can prove that women can still bust ghosts on a professional level regardless of what others think. This costume from Spirit Halloween is $39.99, and actually contains pants — not skirts like some of the competitors. 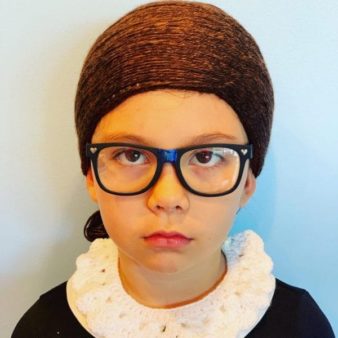 Is there anyone in this world who’s greater than RBG? She’s the second woman ever to be appointed to the US Supreme Court and is a wonderful advocate for women’s rights. You can buy the wig on Etsy and complete the look with a lace choker from Amazon to serve as a dissent collar. You might want to put a pair of fake eyeglasses from Amazon in the cart as well, since Ruth Bader Ginsburg is often seen wearing her spectacles. 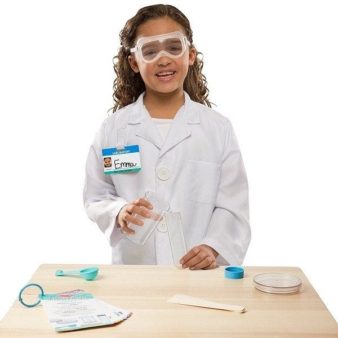 There are literally commercials out there trying to inspire women to join careers in STEM — short for Science, Technology, Engineering, and Math. The American Association of University Women (AAUW) admits that there have been some social barriers that discourage women from giving these careers a chance. Let’s break that by having our little girls dress up as scientists. Maybe this costume will help them realize that they’re powerful enough to make a difference. 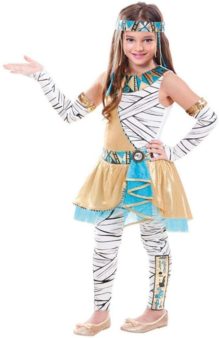 If your daughter wants to dress up like the Queen of the Nile, you should recognize that choice as a wonderful step forward. Cleopatra was a very important woman. Even though she’s sometimes described as a seductress, history claims that she was more of a scholar. She knew roughly a dozen languages and was skilled in math and astronomy. 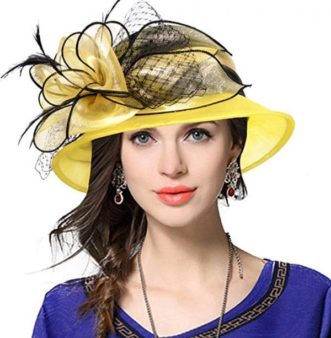 Queen Elizabeth II is currently 93 years old but is still doing her job flawlessly. The distinguished monarch has sat on the throne for over 65 years. To celebrate her greatness, why not encourage your little one to go as the Queen for Halloween? This would also be a great adult costume, but admittedly not as cute. While out on the town, Queen Elizabeth II likes to don brightly colored hats, much like this yellow spring hat from Amazon. Pair it with this yellow children’s top and the wig and pearls from this old woman costume set, and you’re there. If you ever wanted an excuse to buy a colorful power suit for you or your child? That’s another option to consider. 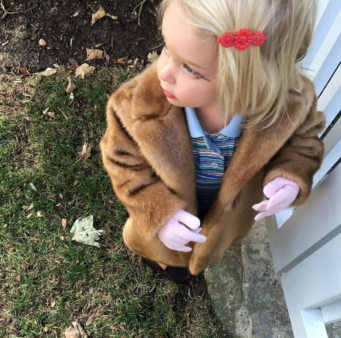 There was a lot to admire about Margot Tenenbaum. She was creative, she had her own secrets (even though smoking isn’t the greatest hobby to get into), and she was a snazzy dresser. Jimmy Fallon took note. His daughter Winnie went as Margot back in 2015 and nailed the costume. The most important part? Probably the coat. 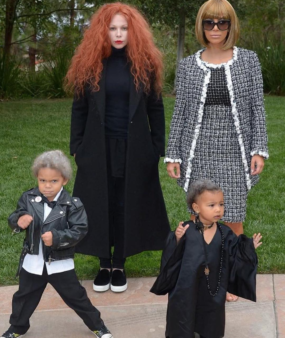 Speaking of celebrity kids, we need to talk about North West. It might not have been her choice to dress up as infamous fashion editor André Leon Talley, but she fits in well with her uber-fashionable family, especially since Kim Kardashian took on the role of Anna Wintour — which is another powerful female costume. Kim could have easily put her daughter in a frilly princess dress, but instead she chose to make a statement. Even if you’re not a Kardashian fan, you have to appreciate the commitment to the fashion icon theme. 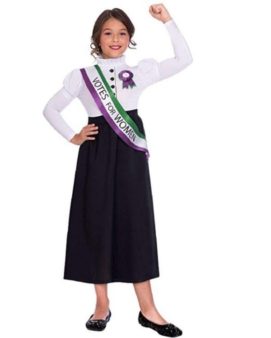 Suffragettes had quite an important job — they protested in favor of women’s right to vote. Thus, it’s amazing to pay tribute to them and their hard work through a Halloween costume. This one, in particular, is from Amazon and sells for under $25.

The Rosie the Riveter costume is nothing new, but it’s still very important. Rosie is a World War II icon, telling women that they’re strong and powerful enough to work. Even though most women choose to work today, Rosie is still quite an inspiration. You can buy a perfect Rosie costume for your child on Amazon. 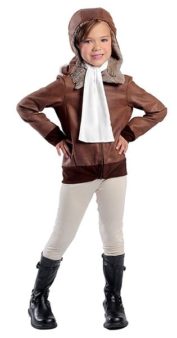 When discussing pioneers, you can’t leave Amelia Earhart off the list. She’ll always be known as the first woman who flew solo across the Atlantic Ocean, and that’s a title that nobody will ever take away from her. She also inspired plenty of other women to give aviation a shot. 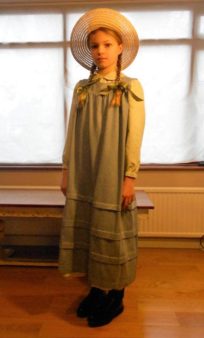 Plenty of women grew up reading Anne of Green Gables, admiring the fact that 11-year-old orphan Anne Shirley wasn’t afraid to break a few social rules. As far as literature is concerned, she’s one of the most popular heroines among children (and adults) of all ages. The famous redhead donned two front braids, which are pertinent to the costume. You can assemble it on your own or buy it straight from Etsy. 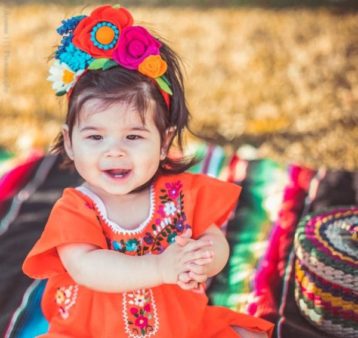 If you support women in the arts, you’ve likely heard of Frida Kahlo. The Mexican painter, who excelled in her craft despite suffering from multiple maladies, is often praised, especially for her thought-provoking self-portraits. You can dress your own child as Frida by buying a headpiece on Etsy that’s much like the ones Frida was known to wear, along with a colorful dress. 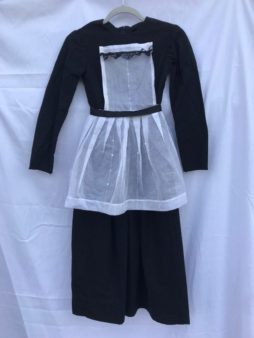 Harriet Tubman was a pioneer of civil rights in the 1800s. Born a slave, she’s known as the mother of the Underground Railroad. This dress would be the perfect starter for your child’s costume. It could also be used in later years to help portray other pioneers, like Marie Curie and Susan B. Anthony. 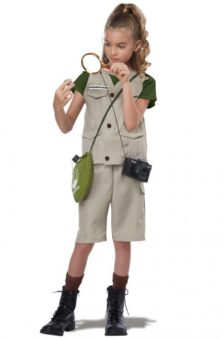 Still looking for a strong woman to dress your child as? You might want to consider Jane Goodall. Her career was focused around the preservation of the environment, especially in relation to chimpanzees. As far as chimpanzee experts go, she’s the most notable, helping inspire other young women to get into science and anthropology. 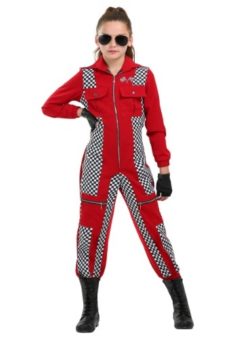 When looking up race car driver costumes for your kids, you’ll find a lot of sexy ones in the mix. Girls can be race car drivers, too, without being sexualized. This children’s costume is both appropriate and super cool! 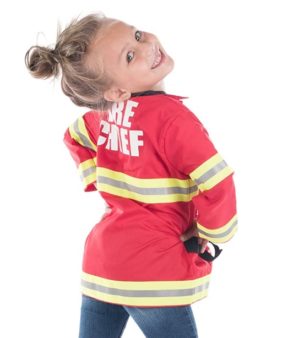 Here’s another career that’s often dominated by men. According to the National Fire Protection Association, only 7% of firefighters are women. Only 4% of those made it their full career. That extremely low statistic may prevent other women out there from joining the field. This fire chief costume is a step in the right direction. 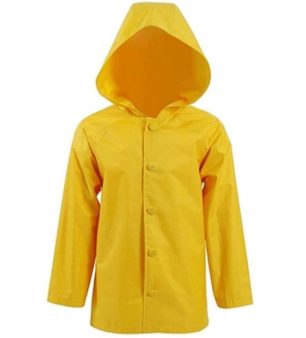 The name is still kind of new, but in terms of inspirational women, Greta tops the list. In fact, even actor Woody Harrelson wore a shirt with her face on it as Saturday Night Live closed its 2019 season premiere. The 16-year-old Swedish activist is inspiring people all over the world to fight for climate change action. To achieve the look, plait your daughter’s hair in two front braids and purchase a yellow slicker, just like Greta’s! 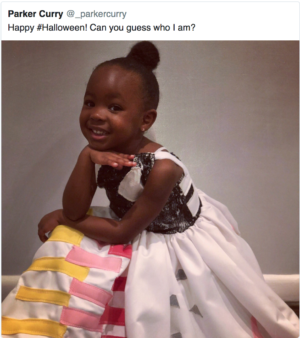 There are so many reasons why you should aspire to be like Michelle Obama. She was the first African American first lady, and one of the most influential first ladies of all time. Even though it would be hard to master the costume as well as little Parker Curry, making your own version of this iconic frock at home wouldn’t be super difficult. 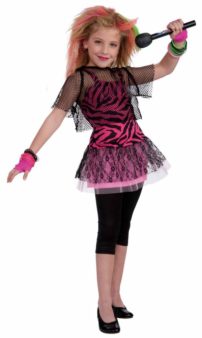 If your child already has a leather (or pleather) jacket, this is a good time to use it. Otherwise, pick up this rocking zebra look and prepare to teach your daughter all of the words to “Bad Reputation.” 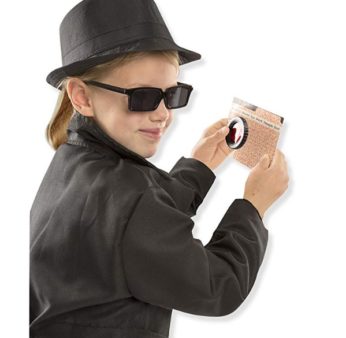 Spies and ninjas are often thought of as costumes fit for little boys and perhaps not for little girls. Let your little lady know that females can absolutely be spies. Don’t you remember Harriet the Spy?! 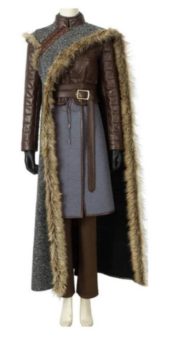 The show may be over, but it doesn’t mean that kids should stop dressing up as Arya from Game of Thrones. Arya’s strong character was the epitome of girl greatness. When it comes to fictional female role models, she’s one of them. If you want to go all out and buy a stunning version of the full costume, it is available on Etsy. 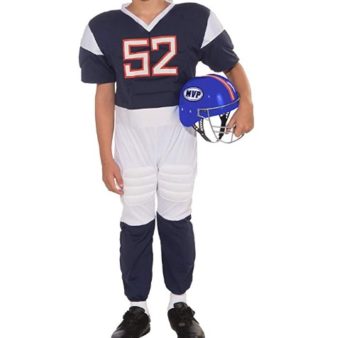 Now that football’s back in session, it’s time to face the cruel truth that there aren’t any professional female football players in the NFL. One tried — Lauren Silberman —but she didn’t make it through. Show your daughter that the dream is still achievable. FYI — a little girl football costume doesn’t seem to exist anywhere on the internet, but that doesn’t mean you can’t buy her a “boys” costume if she loves football! 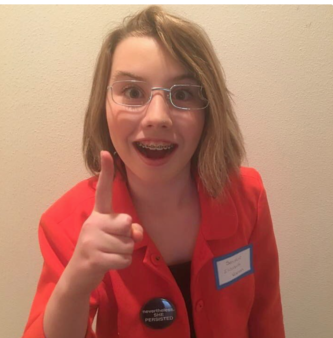 She has the potential to be the world’s first female president. Why wouldn’t you want your daughter to dress up like Elizabeth Warren? This is a costume you can DIY at home. Aside from a pair of wire glasses, which you can pick up on Amazon, you’ll want to buy a power blazer in a fun color. 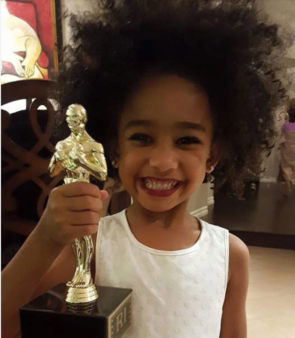 Is there a more powerful and influential woman in the world? The idea came from Viola Davis’ daughter who, back in 2015, decided to ditch her Elsa costume for one that was slightly more empowering. She wanted to be her mom, and judging by the final look, it’s safe to say she nailed it. Where to shop? In your closet, of course!