Like a lot of things, the technology of cars has changed so much over the years. And, the car culture that once was a huge part of young people’s lives is also largely gone, as are a lot of the car terms that were once common. Today, only classic car lovers will understand these 25 terms and phrases from the old days. 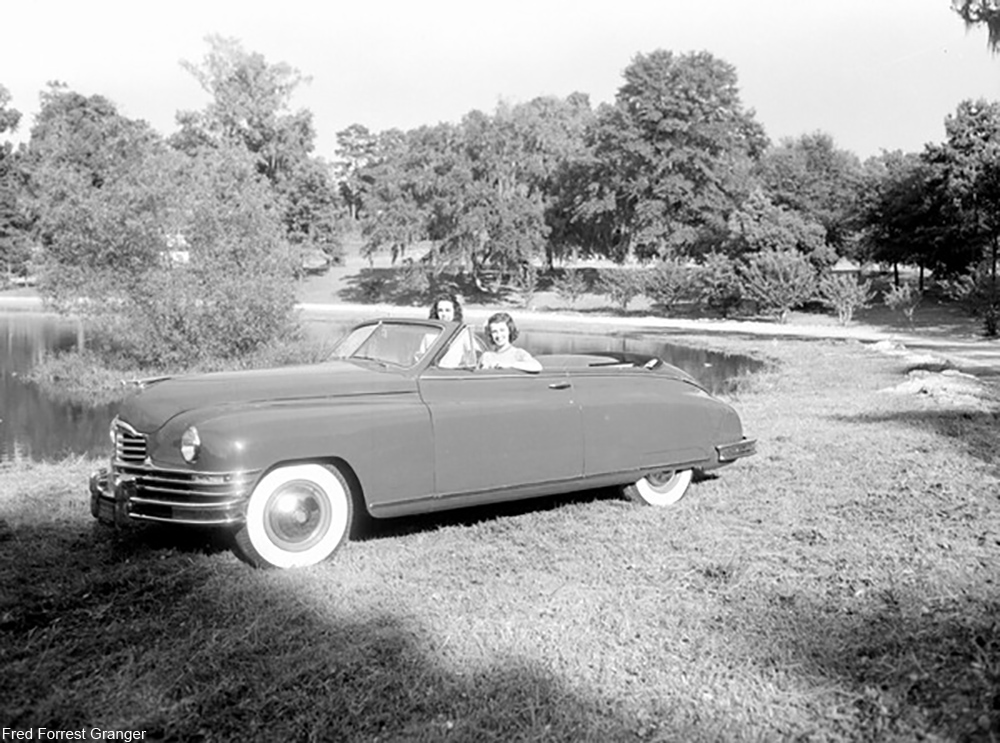 This terms refers to the number of cylinders a car has ie “4-banger” is a 4 cylinder.

This is an original car with no alterations.

This type of car was once common and refers to a vehicle with an open chauffeur’s compartment in the front and closed seating for either 2 or 4 riders in the back.

This is an older term for a convertible with windows, as opposed to earlier open-top cars which did not have windows.

These are torpedo-like decorative elements on fenders and/or bumpers from the 1950s, so-nicknamed after the busty 1950s TV personality, Dagmar. 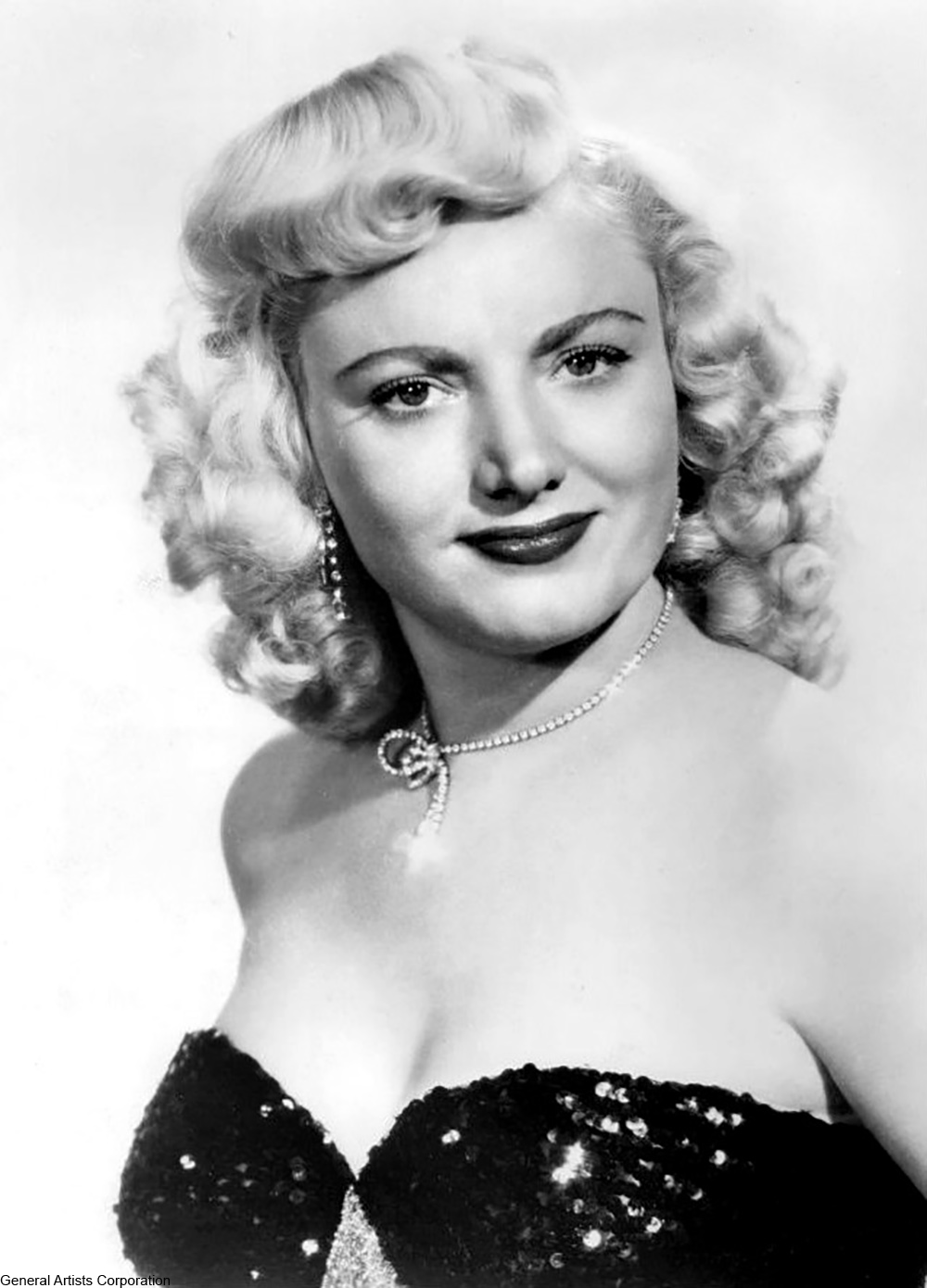 Drag races were called digs in some circles.

This term refers to an early form of a station wagon, used to carry people around and to/from large estates.

These are fenders that blend into the body of the car rather than sticking out in a pronounced bump out, first made popular with the 1941 Packard Clipper. 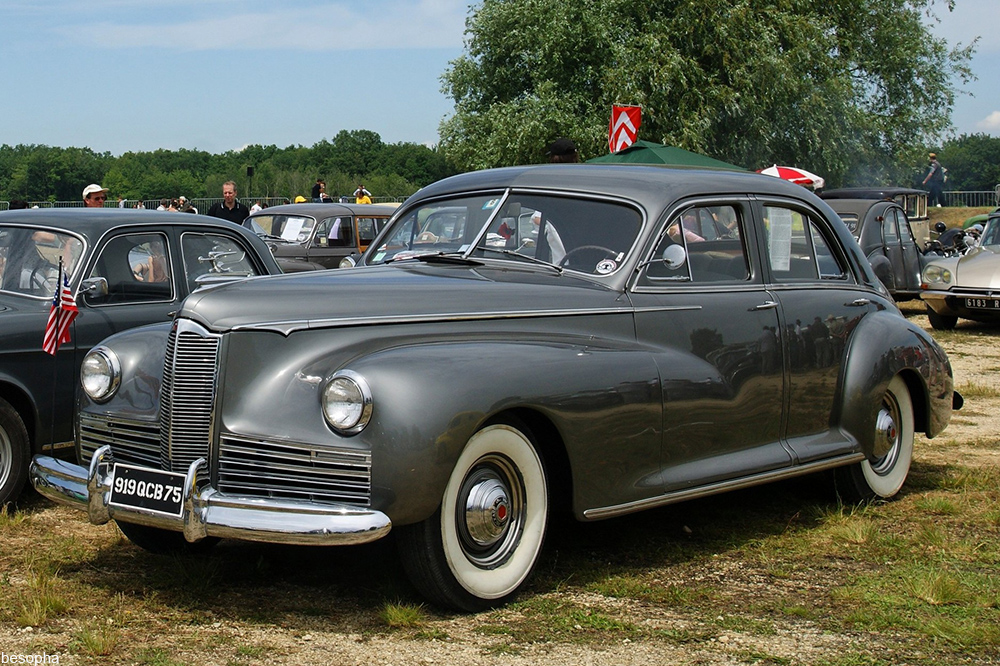 This is an early term for a 4-door car.

Nickname for the 4-gear shift on the bottom of the driver’s area.

This is a regulator which controls how fast the car can be driven.

These are doors that open up instead of out, as seen in Back to the Future with the time-traveling DeLorean.

A car that’s been modified to perform better has been “hopped up”. 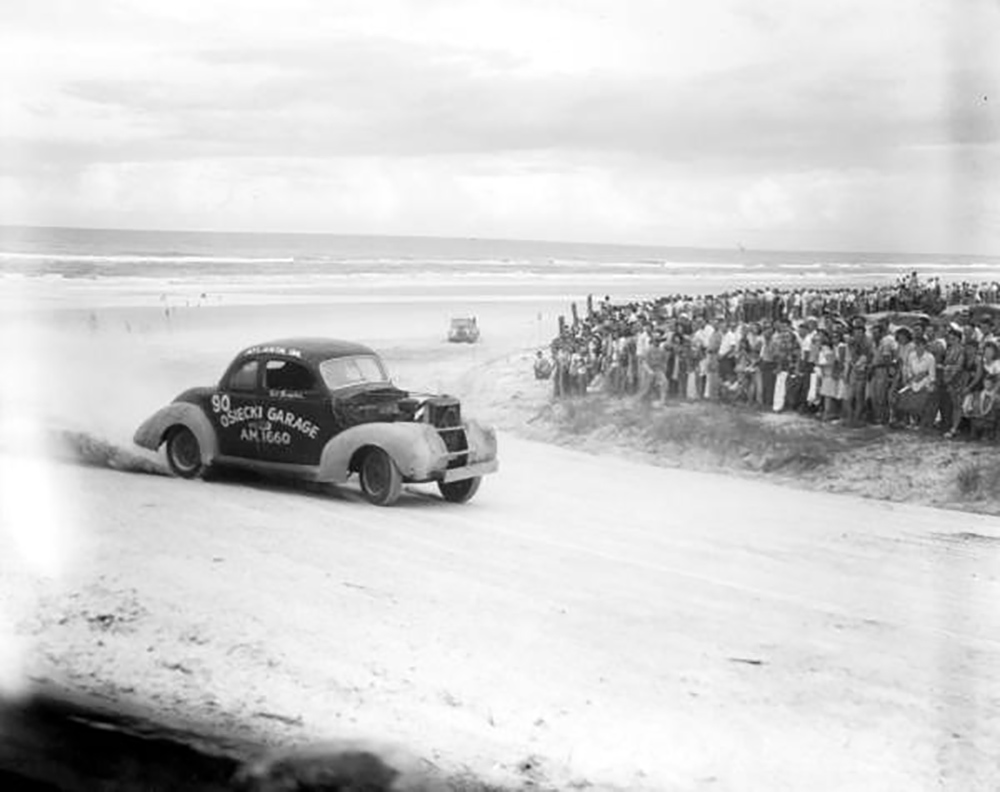 This phrase is what really large cars from the 1950s and 1960s are often called.

This is a left hand turn.

This is the nickname for a small motor manufactured from 1955 to present by Chevy.

This is an acronym for Original Equipment Manufacturer. This is done to specify when repairing or buying a car if the parts came from the source or if they were bought from an after-market maker.

This is the term for a line of detailing that runs along side of the car from front to back. It was also called a “coach line” in the old days.

This term refers to a small car with lots of power, so named after the Mustang was released.

This is a slang term for a right hand turn.

This early invention was a flip down seat for 2 that could be stowed away when not in use. This back rumble seat was often uncovered, which made riding in one not as pleasant. They are sometimes also called “mother-in-law seats”. 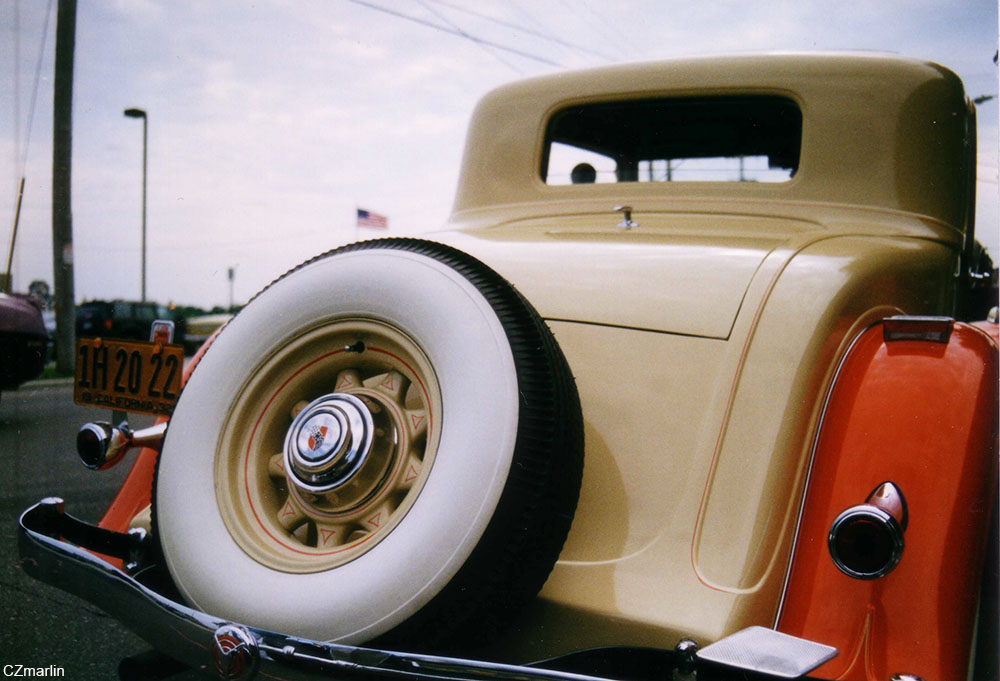 These devices, which attached to the steering wheel, were also called Brodie knobs after the near death of James Brodie. These knobs were rumored to have been dangerous and illegal, but they are not illegal at all. They are also called “spinners” since they help you more effectively turn the wheel with one hand- so you can keep your arm around your date and still drive. These can be made of wood, metal, rubber, or even carved Bakelite. 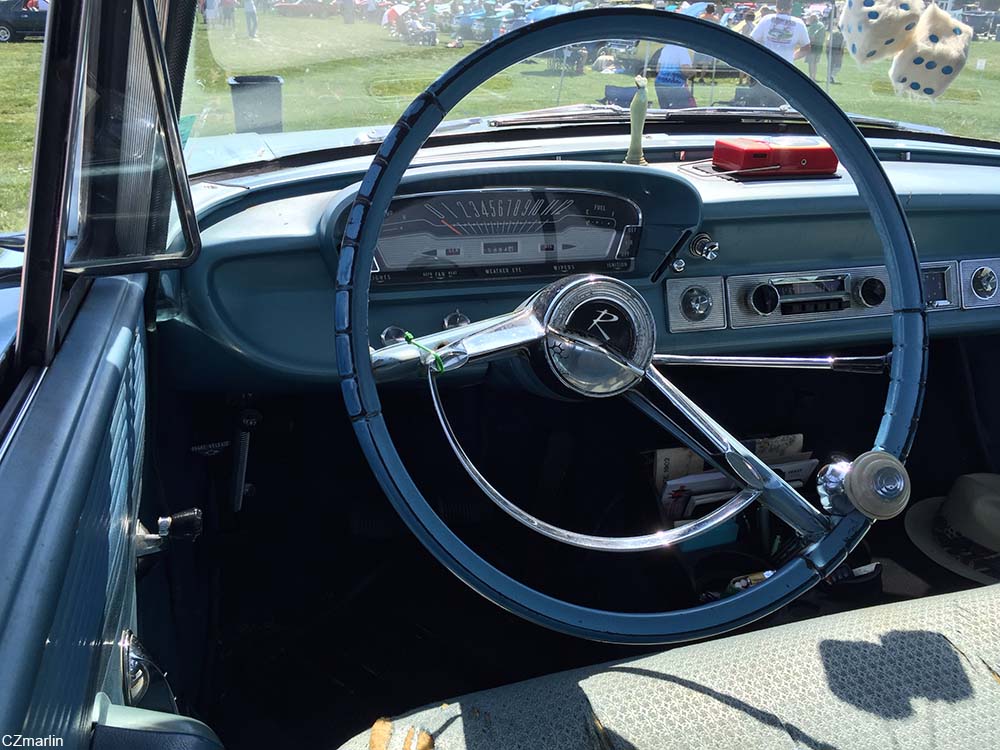 Suicide knob on a 1962 Rambler. Via/ Wiki Commons

A touring car is an open car with no side windows manufactured in the early days of the automobile industry and meant for taking in the countryside views, uninterrupted by windows or window frames.

This phrase refers to the tires with white rubber detailing that were so popular from 1900 into the 1960s. Though they are still in production today, you don’t see them all that often in the wild. 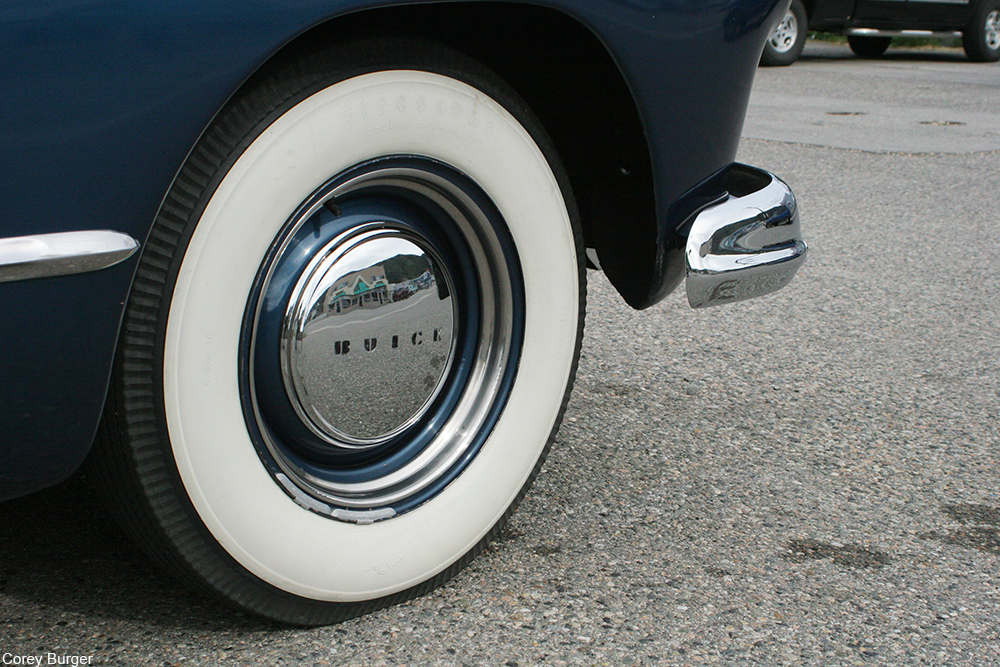 This is the term for a car with faux wood paneling on the sides, like many of the early station wagons had.