20 Ancient Coffins Found Near Luxor at Theban Necropolis of Asasif

Near the modern day city of Luxor, at the Theban Necropolis of Asasif, a recent discovery of ancient Egyptian coffins has made headlines around the world. The cache of coffins- twenty in all- are being examined for the first time in modern history. These never-before-seen coffins, much like the royal coffins of such well-known kings as Tutankhamen, are lavishly decorated with elaborate designs. Such a large burial is an uncommon find in Egypt and one that requires far more examination. 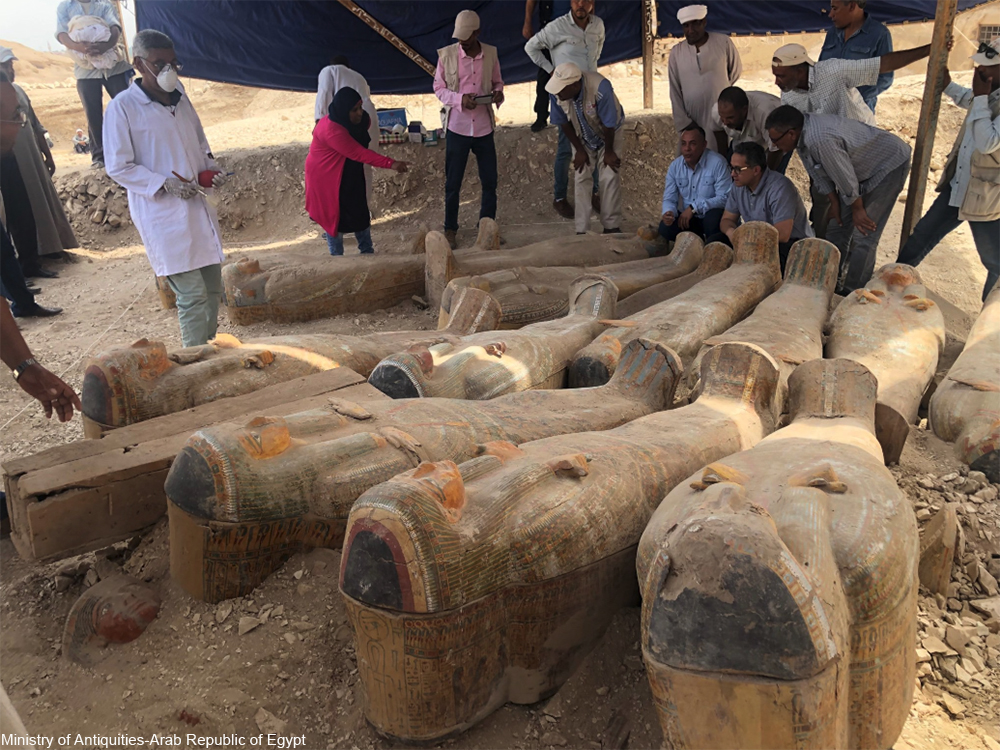 The coffins were found at the ancient site of the Necropolis of Asasif, located on the West Bank of the Nile River. The coffins were buried in two layers, with the top coffins laid crosswise over the bottom ones. So far we don’t know if this arrangement is significant, but more details will hopefully be revealed in this developing story. 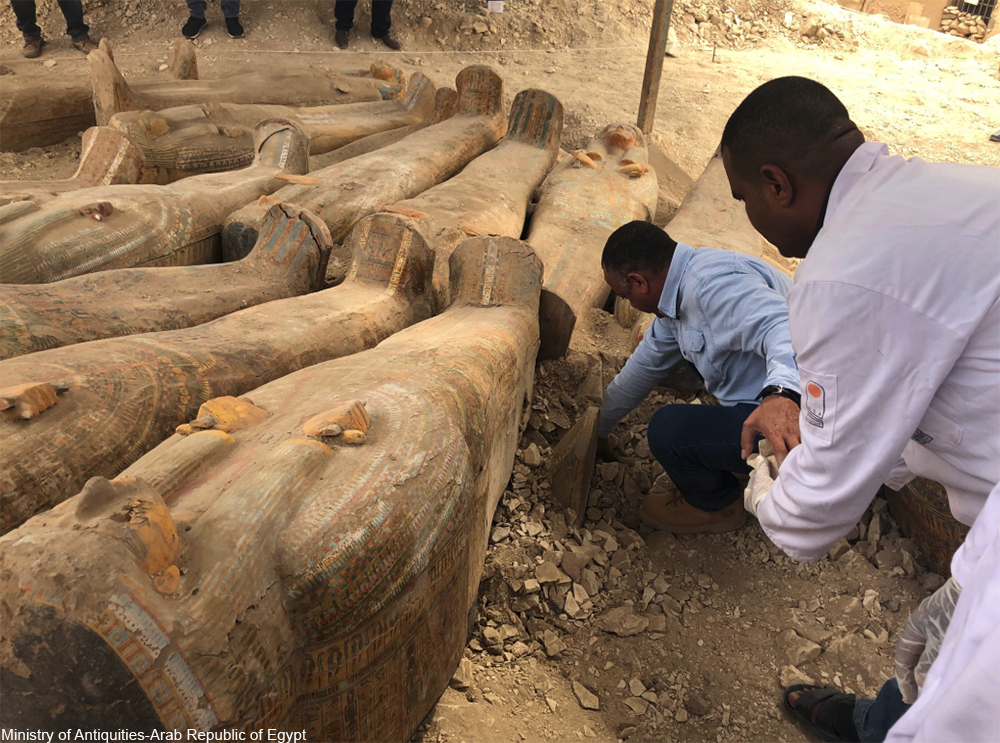 Many of the tombs found in that area so far have dated from the Late Period of of ancient Egypt (664-332BC), but there are are also much older tombs on site. It will take some research to uncover when these 20 coffins were placed there.

Unlike more private burials of kings, this group burial could be for those in a royal household, like high-ranking servants or religious leaders. All manner of symbols were included either on coffins or as figurines and charms to help the high-ranking in the afterlife. While we don’t yet know what (if anything) was buried along with the coffins or inside them, the decorations on the outside could hint at a religious or royal meaning. 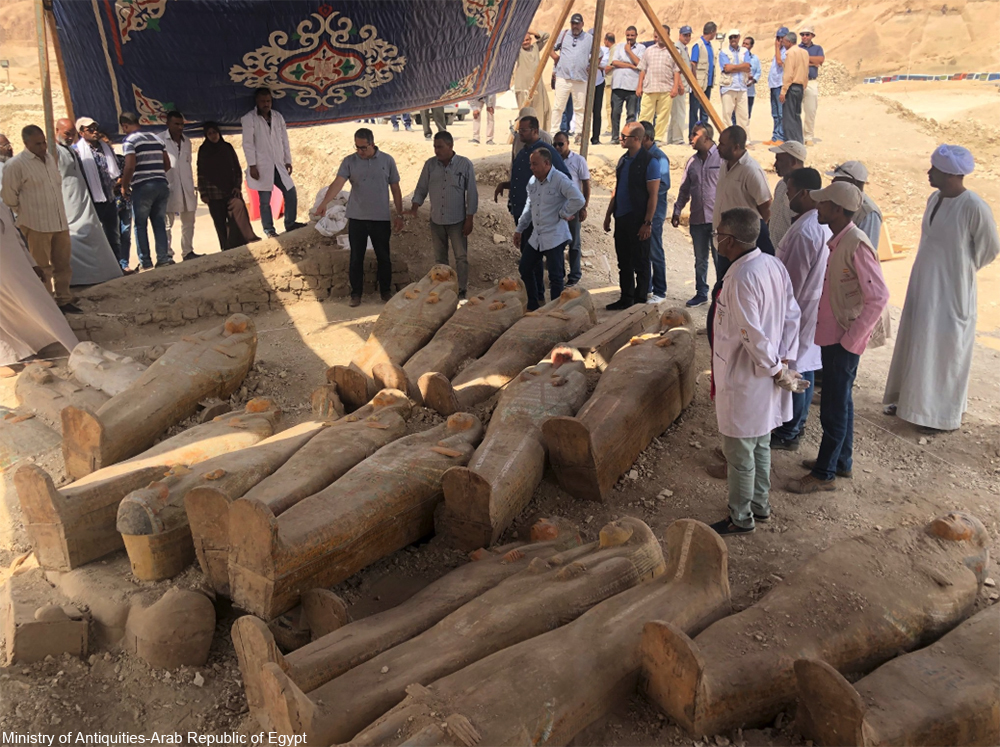 Among the coffins recently discovered in the area are an ancient industrial area which contains a workshop for preparing and cleaning funerary furniture, and several potteries from the 18th dynasty of Egypt (1549 to 1292BC). According to the Egyptian Ministry of Antiquities this constitutes one of the most important finds in recent years. 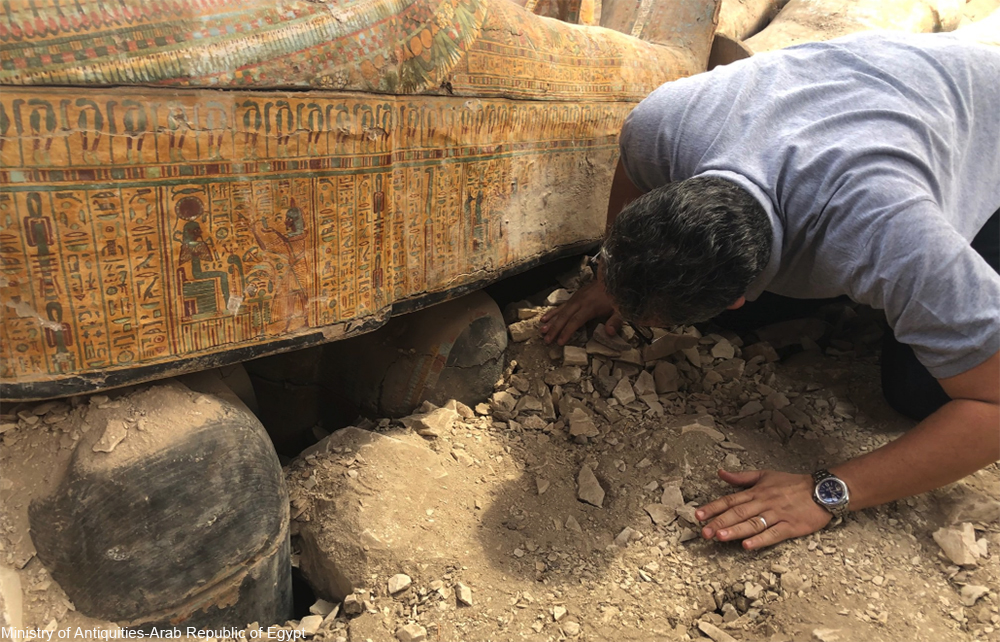 The coffins were still sealed as they would have been in ancient times when archaeologists uncovered them. Because they have remained buried the sarcophagi have retained their bright pigments, with red faces and hands alternating with green and black decorations.

According to the Ministry, the coffins are “in a distinct state of conservation, colors and inscriptions in full and are still closed.” 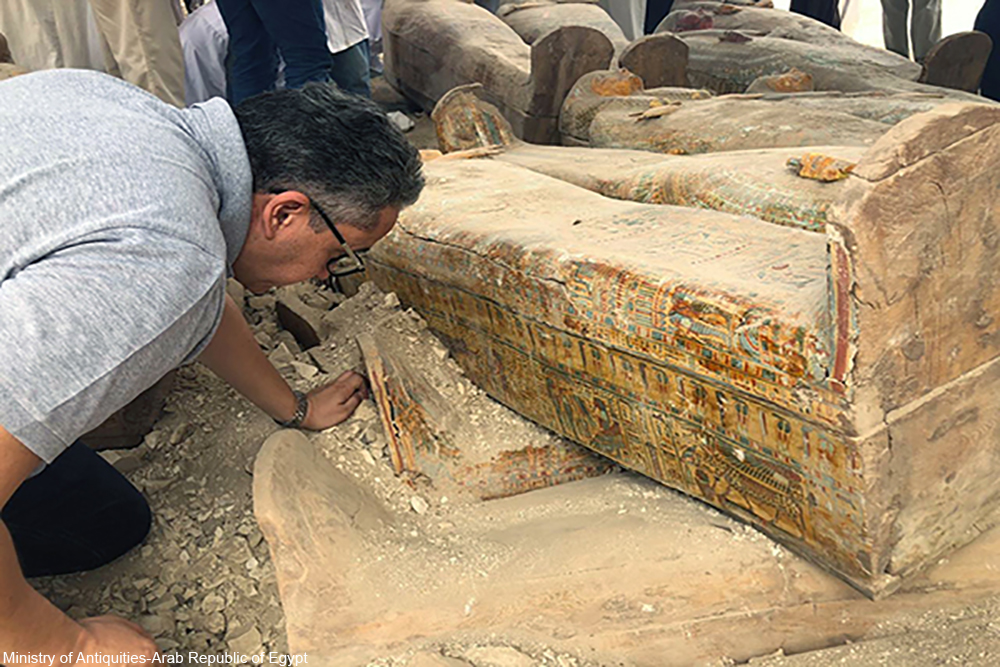 Via/ Ministry of Antiquities-Arab Republic of Egypt

The site of these finds was the ancient city of Thebes, once one of the most powerful and largest of Egyptian cities, with the city serving as the capitol for hundreds of years during the eras of the Middle Kingdom and the New Kingdom. Thebes was also the center of the religious life for Egypt at the time, which may explain the workshops and funerary goods studios found in the area as well.

According to the Ministry more details will be released in an upcoming press conference. This story will be updated with new findings and results as available.