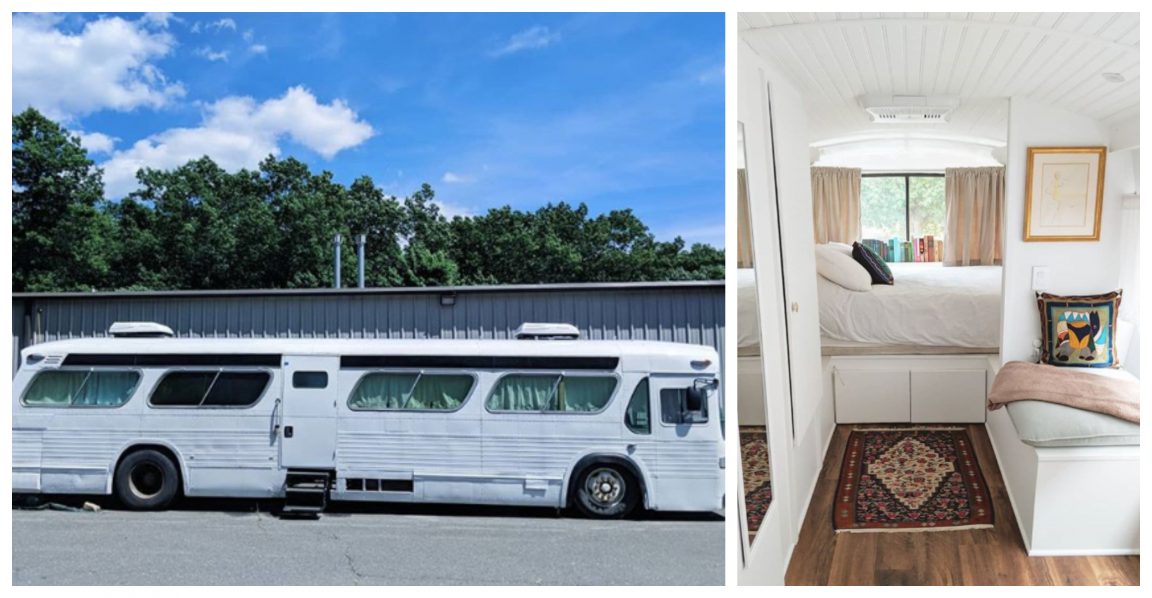 Jessie Lipskin, a 30-year-old New York City resident, decided to downsize and live a more minimalist lifestyle. This decision is an increasingly popular one these days, as people are trading in their mcmansions for a more sustainable way of living. Plus, being a New York resident, space is a precious resource, so it makes sense to want to maximize whatever you have available to you! Jessie found her unique tiny home base on eBay… a 1966 GMC Commuter Greyhound bus. She had friends and contractors help her transform this vintage bus into the most adorable tiny home. She invested $125,000 into the project.

The former Greyhound bus is now for sale on eBay for about $50,000 right now on eBay. Jessie originally settled for this adorable home due to its aesthetic and meeting her lifestyle needs. This incredible transformation took a total of three years to complete… you won’t be able to recognize the former bus once you see the remodeled version!


“The transition was pretty natural after I read more about sustainable lifestyles, Earthships, tiny homes, all of that. I kind of just went all in,” Jessie said when asked about her transition to a more minimalist lifestyle with the tiny home.

As with any remodling adventure, this one wasn’t without a few bumps in the road (pun definitely intended). Jessie didn’t have her driver’s lisence when she purchased the bus, so she had a little help from her friends.

“My two friends drove it back to upstate New York and I rented a place up there for a bit while working on it and gutting it. From there, I moved it to New Jersey just because I knew people who could help me work on it there,” she said.


Just because this is a tiny home doesn’t mean it doesn’t have the latest and greatest of modern appliances. It features a large sink, wooden countertops, an oven, and a stove top. It also is equipped with a full washer and dryer machine, instant hot water, and a propane tank.


There is a bathroom with a standing shower across from the kitchen. Jessie’s favorite place in the tiny house is the adorable bedroom.