Whenever someone does home renovations, there is a chance that something unexpected will be found. For most people it’s just mold or termites, but for others they hit the jackpot with what’s lurking behind their walls. Katey Pittwood, a New Zealand mom living in New Plymouth, got a shock when she uncovered a room in her new home which had been completely plastered with posters from the 1960s- floor to ceiling.

The posters were mainly of The Beatles, The Kinks, and The Rolling Stones, however many other musical heartthrobs of the era were there, too. The walls and ceiling had been covered up at a later date with newer drywall. 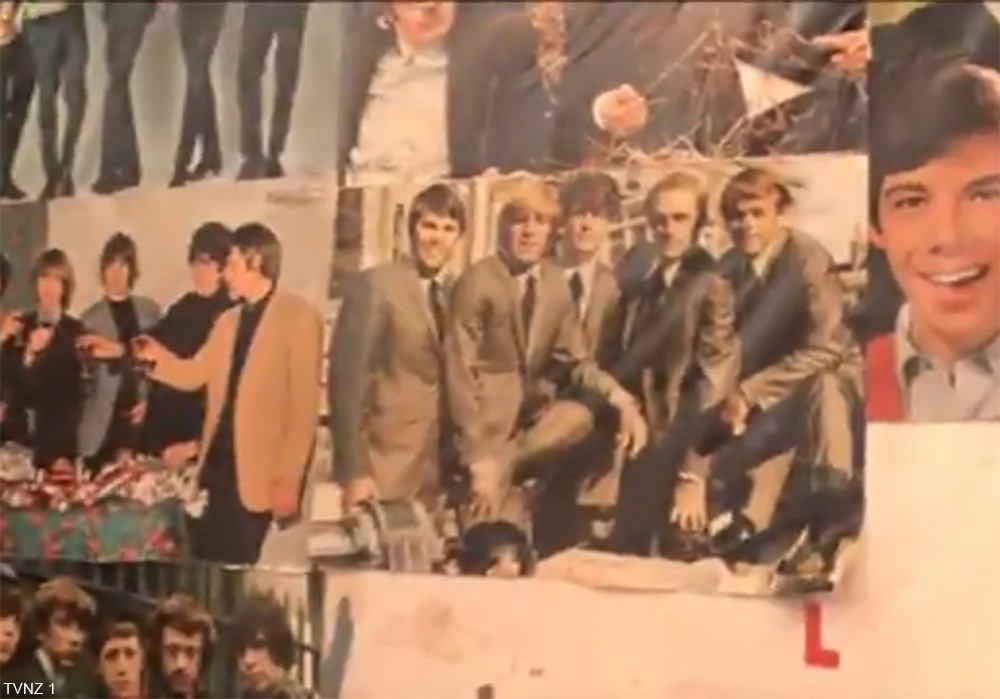 The homeowner said that she was incredibly excited when she discovered all the posters . Pittwood had previously owned a home next door and so knew that the ceilings were often capped off in these homes. But, she never expected to find anything like this hiding underneath.

After her amazing find was made public, the search was on for who lived in the home during the 1960s and who had put up this mind-boggling number of posters. The answer came only a week later when the McIsaac sisters (Peggy and Ann) found out their childhood home had been making headlines. The sisters had gotten the posters for free from a neighbor who worked in a book shop and had excess of posters and covers from unsold magazines. 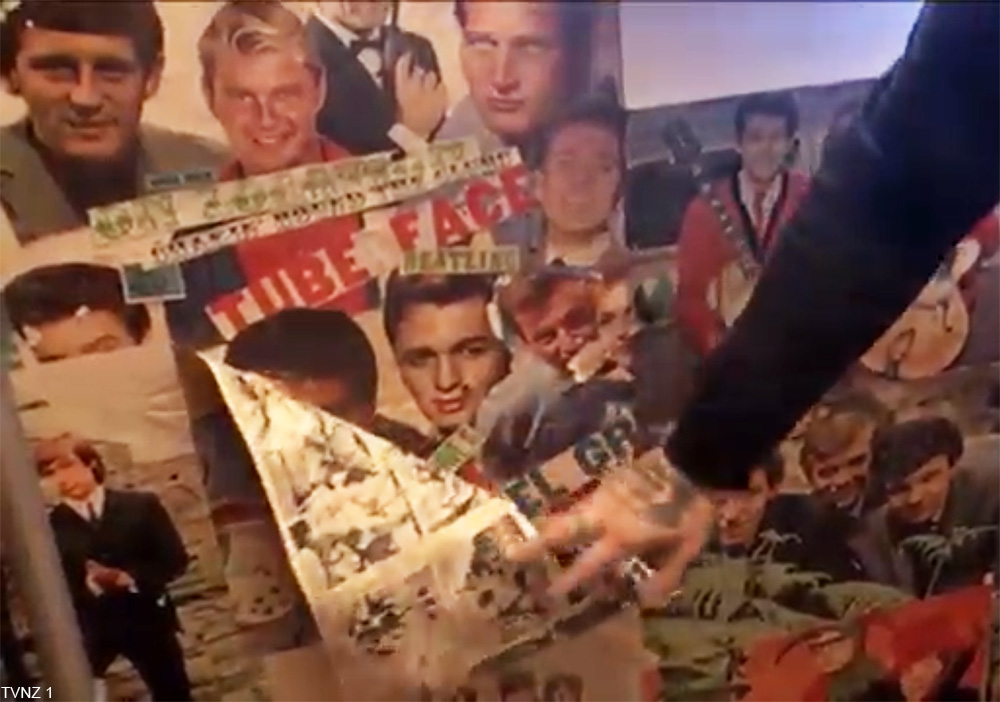 The sisters both put up the posters in the 1960s when they were teenagers, effectively turning this room into a music fangirl shrine. Both sisters got to see the room one last time after they were contacted by Pittwood. 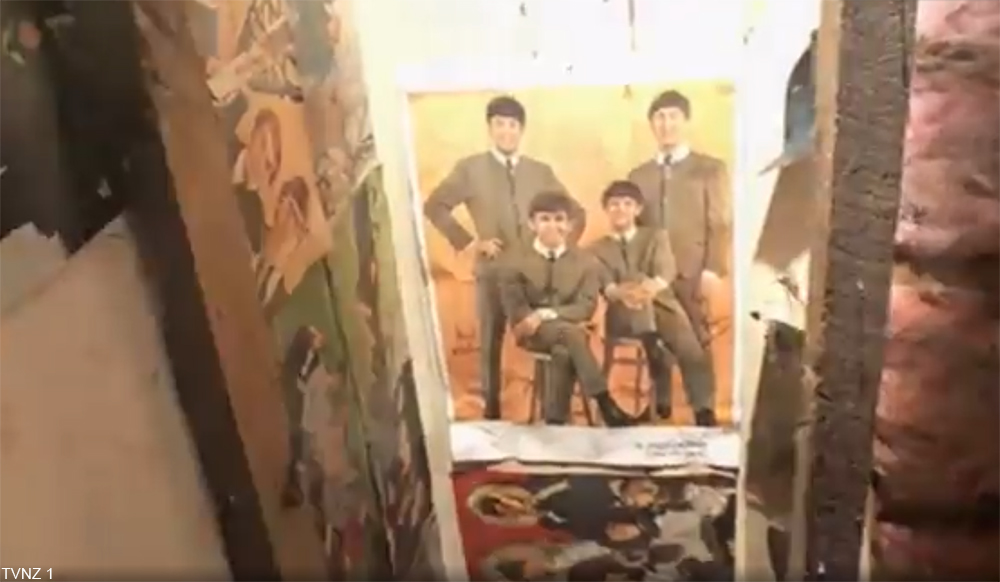 So what will become of the collectible posters that line the walls and ceilings? Pittwood has agreed to give the posters to record label Parachute Music in Auckland, who plan to display them prominently. It worked out for Pittwood, who needed to get on with her renovations and didn’t fancy a 1960s time capsule room in her home. Have a look at just how completely covered the room was in the video below from before Pittwood discovered the original “designers” of the phenomenal room.

Stunning 1960s time capsule has rooms and rooms in original decor: Click “Next Page” below!