1960s Contouring Tutorial with the Makeup Artist from My Fair Lady

There are so many new makeup trends these days that it’s easy to assume that they really are new. But, if we could travel back we’d see a host of contouring techniques being used on film sets as early as the 1930s. By the 1960s makeup for the movies and for regular women had come a long way from the early days of talkies. However, the secrets of contouring wouldn’t be well known to people outside the industry until just a few years ago. Even so, there were a few ways that someone could learn how to do these looks, even in the pre-internet era. Have a look below at a 1960s contouring tutorial from the Ladies’ Home Journal with the makeup artist from My Fair Lady, Gordon Bau. 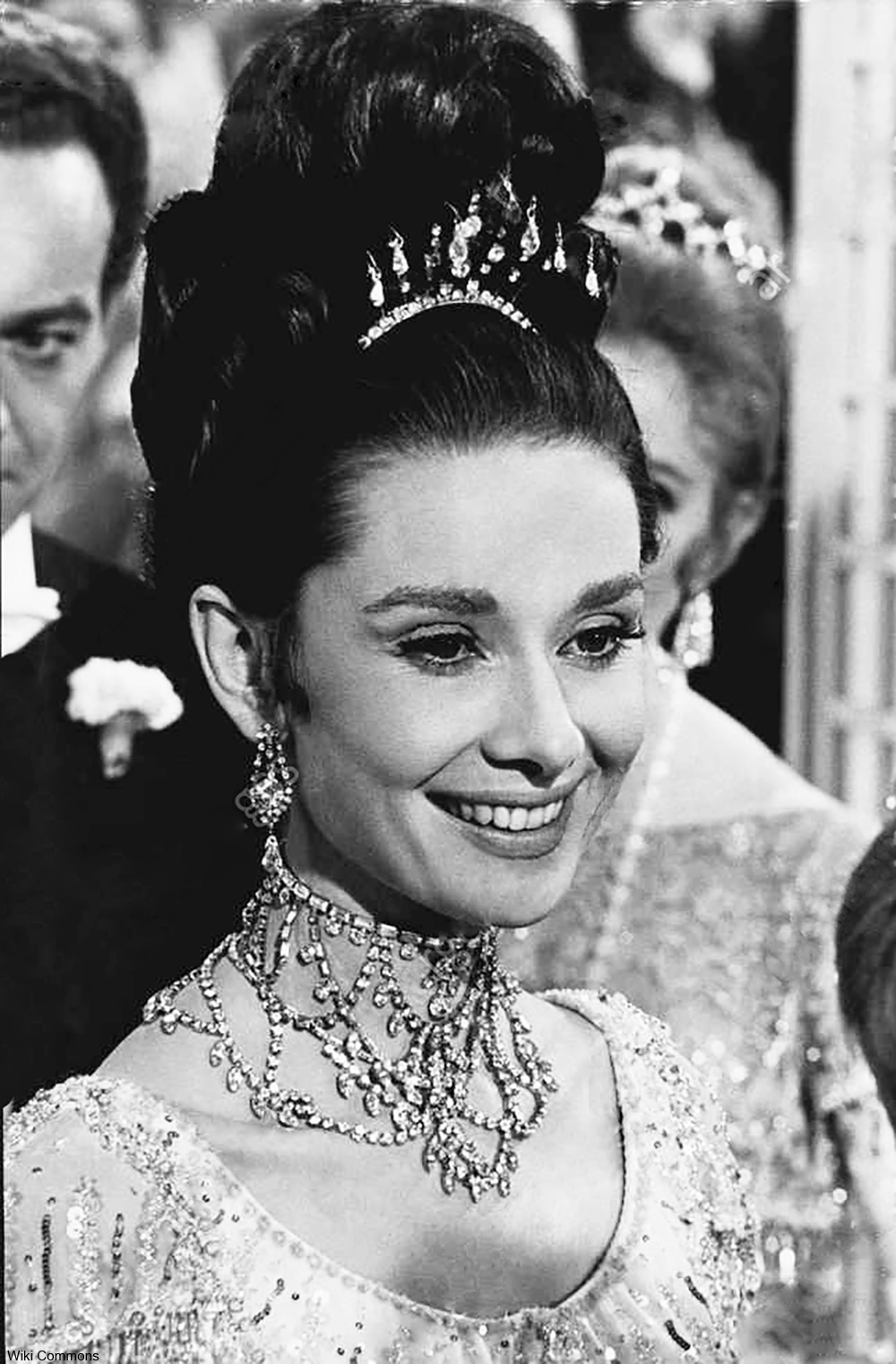 The film was released to both critical and audience fanfare. Crowds were wowed by the the acting, the singing, and the charm of My Fair Lady. But, the makeup and costuming were also a factor in the popularity of the movie. Cecil Beaton had consulted on the costumes and Bau was the makeup supervisor. Together with his brother, the two had actually started their own theatrical makeup company in the 1930s.

Bau had created a very natural viage for Audrey Hepburn in the film, a fresh-faced look that still also seemed very polished. Full eyebrows, flawless skin, and a slightly winged eyeliner gave a 1960s feel to an Edwardian character – without going over the top. In short, it was a look that many women thought would be flattering on themselves. 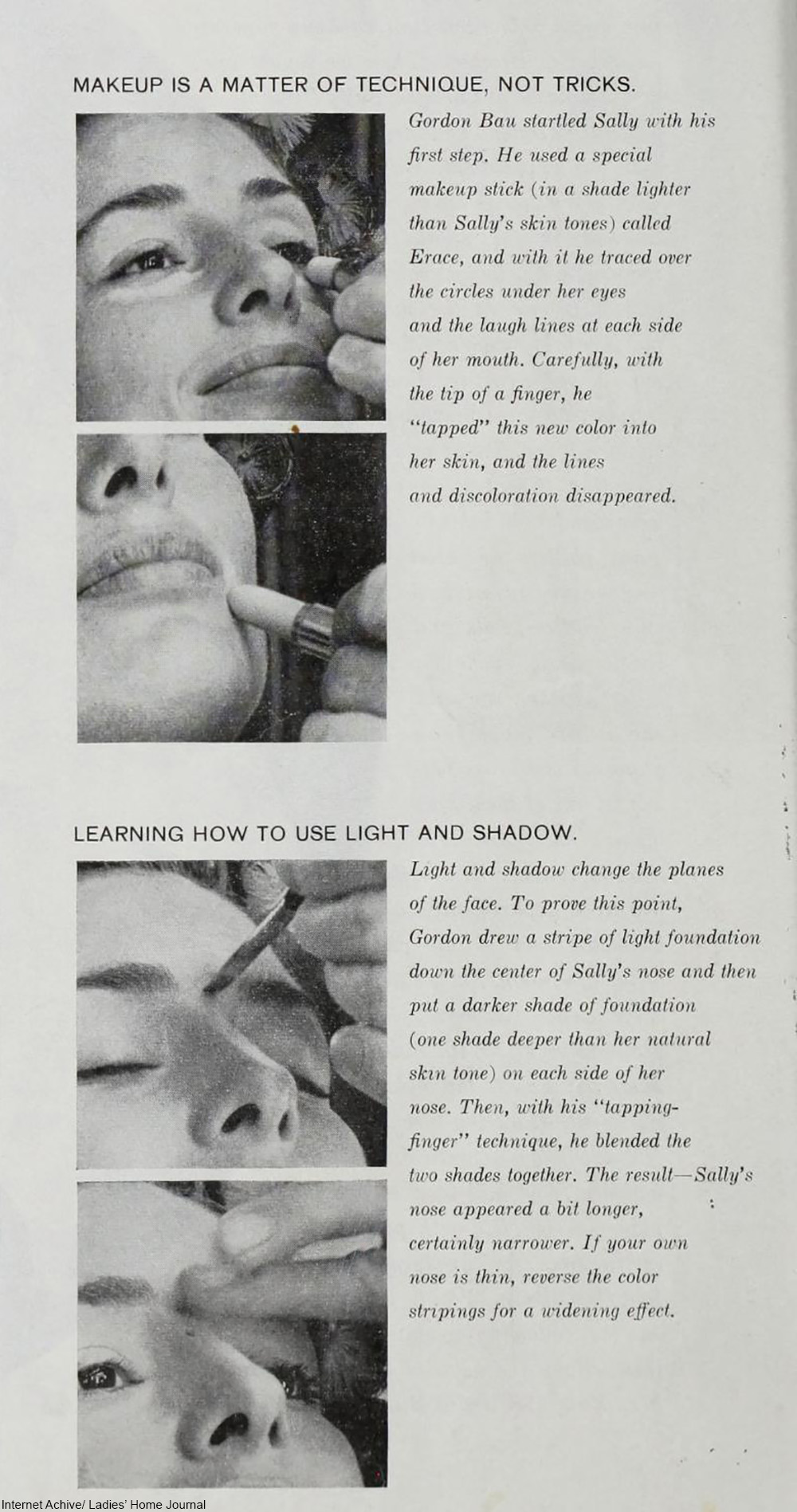 To get the look Bau started by running a lighter shade of concealer along the model wherever there were lines. Next was contouring of the nose. A lighter shade was used down the bridge of the nose and a darker shade along the sides to create the illusion that her nose was thinner and differently shaped. 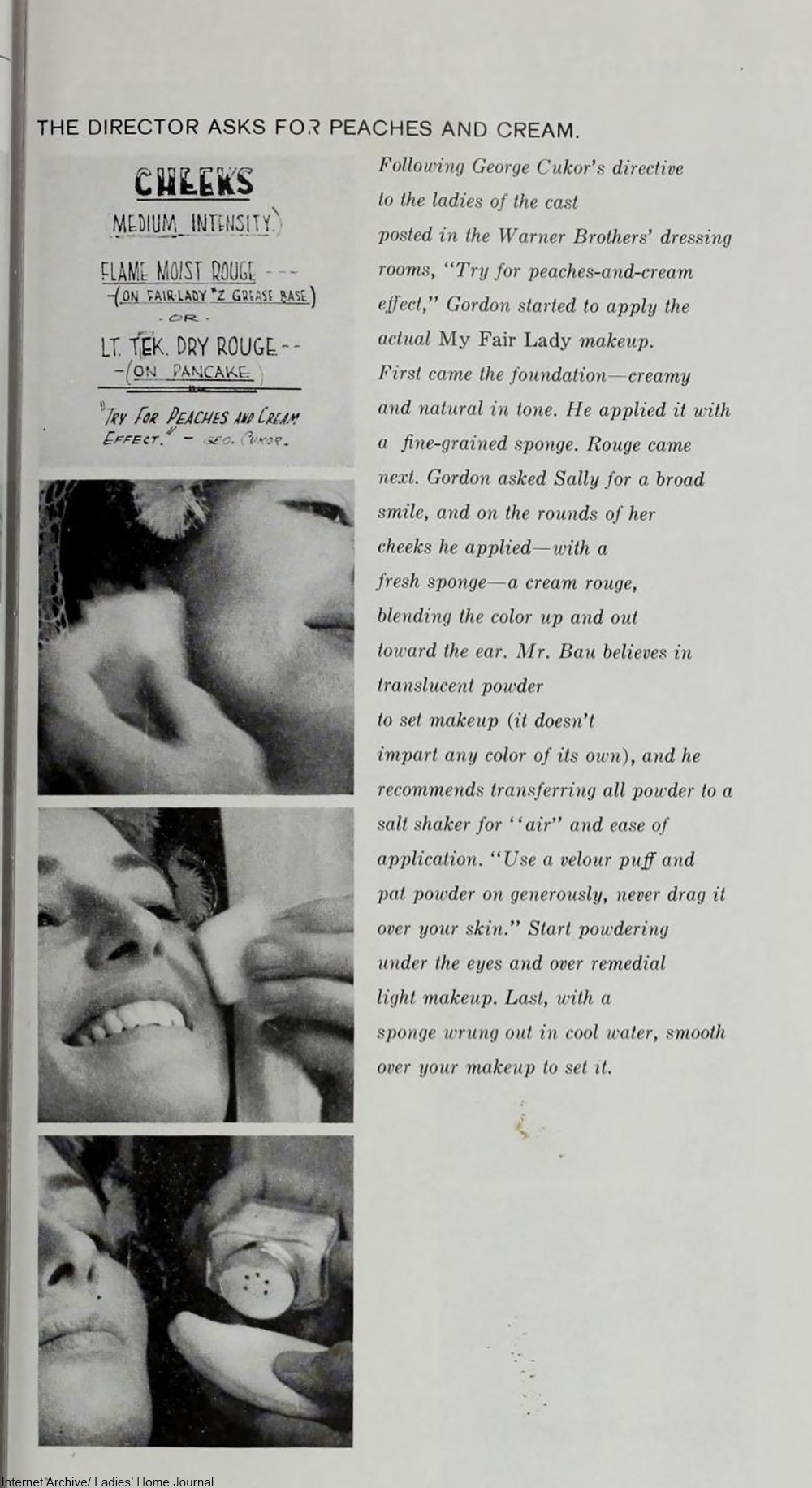 Next was a “peaches and cream” complexion, something which the director of My Fair Lady had specifically asked Bau for. A creamy foundation was applied with a sponge (how modern!) and was followed by rouge on the apples of the cheeks. The whole look was set with translucent powder, which Bau suggests be transferred to a salt shaker for ease of use. 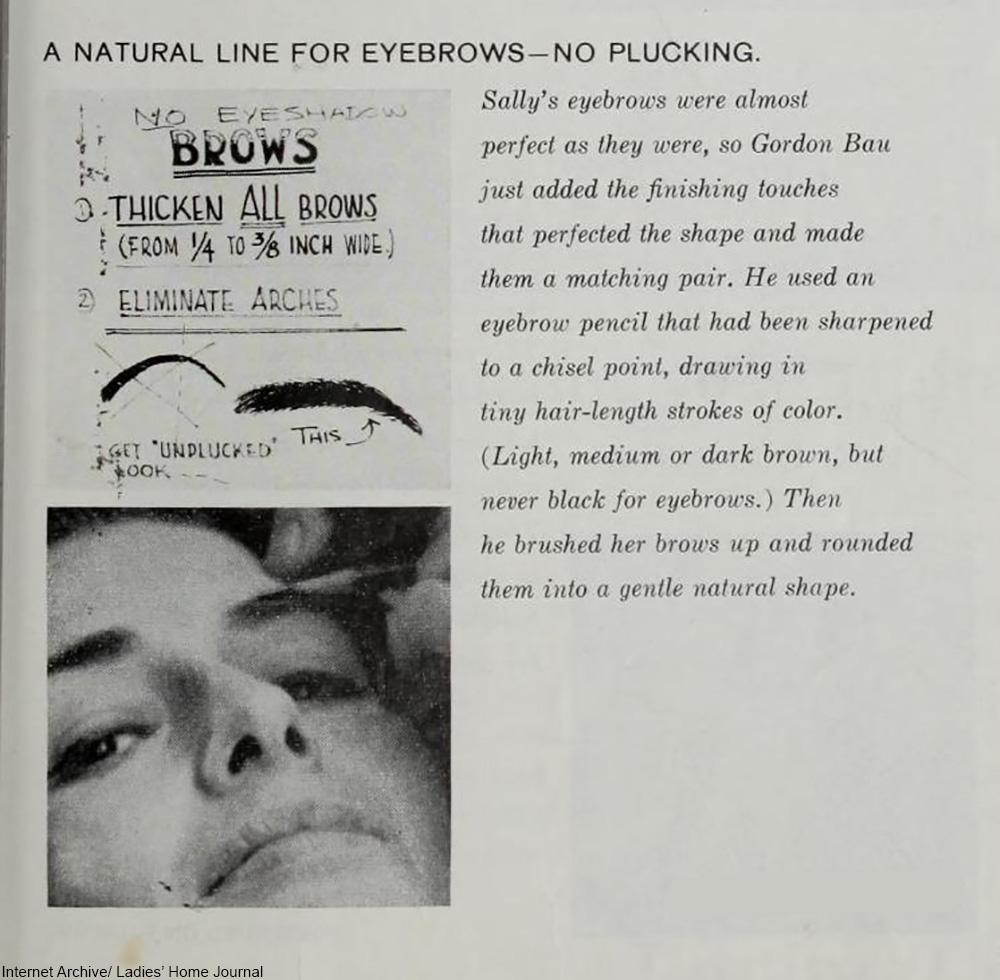 The secret to the eyebrows happens to be actually very on trend for the moment: no plucking. Thick eyebrows were required for the film as it was considered natural, much like the ladies would have styled them in the 1910s. Bau filled in eyebrows with tiny strokes of a sharpened eyebrow pencil (never in black he says) to even them out, but original sketches for the film show that the arches were to be evened out. And, no eye shadow was to be used at all. 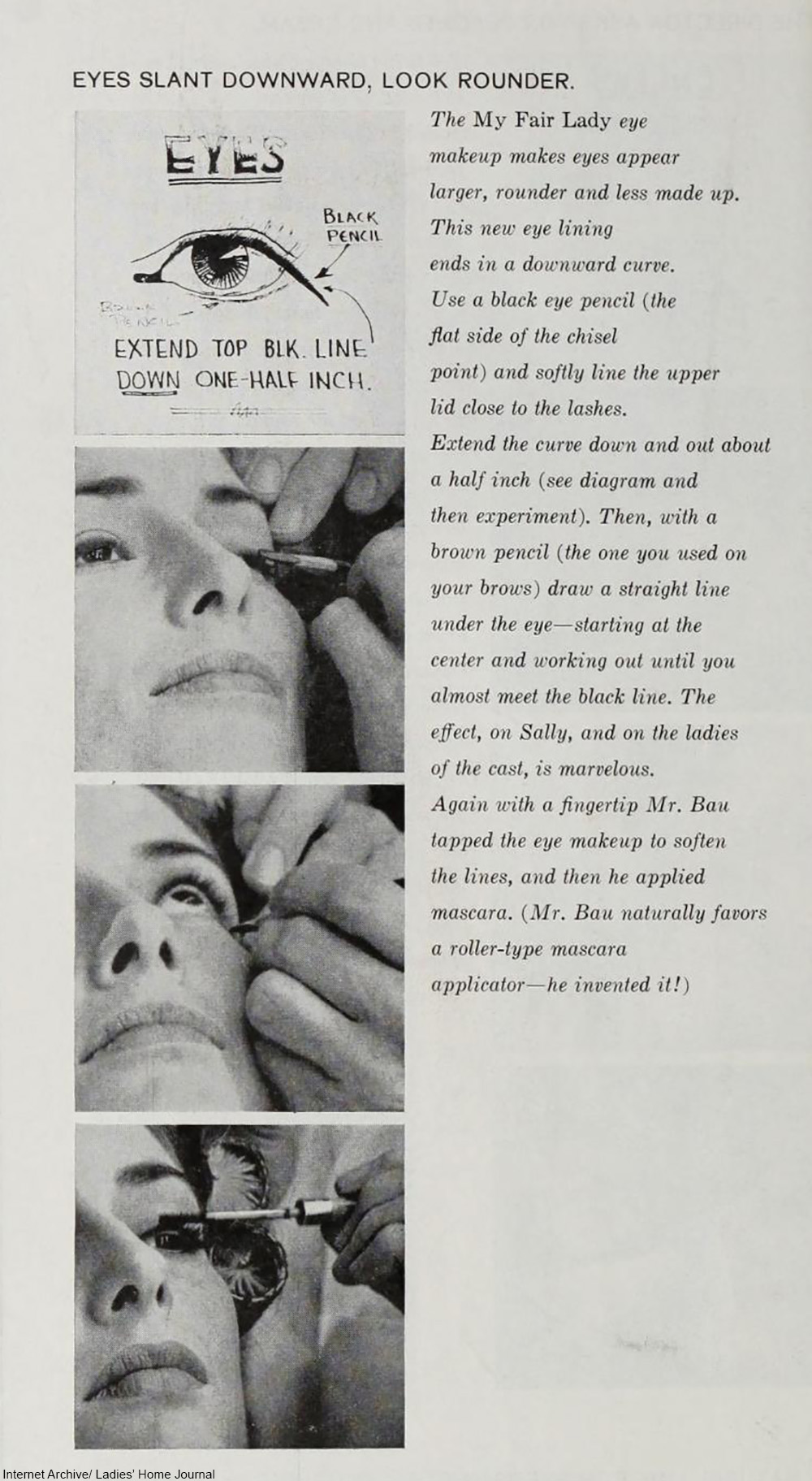 In a most interesting interpretation of a cat eye look, the eye liner for My Fair Lady was turned down. The lower lashline was shaded downward as well, starting below the pupil. This was to give the effect that eyes were bigger and rounder than they really were while at the same time looking “less made up” overall.

The mascara was applied with the the new “roller” style brush, the modern style of mascara wand that we still use today and which was invented by Bau himself in 1962! 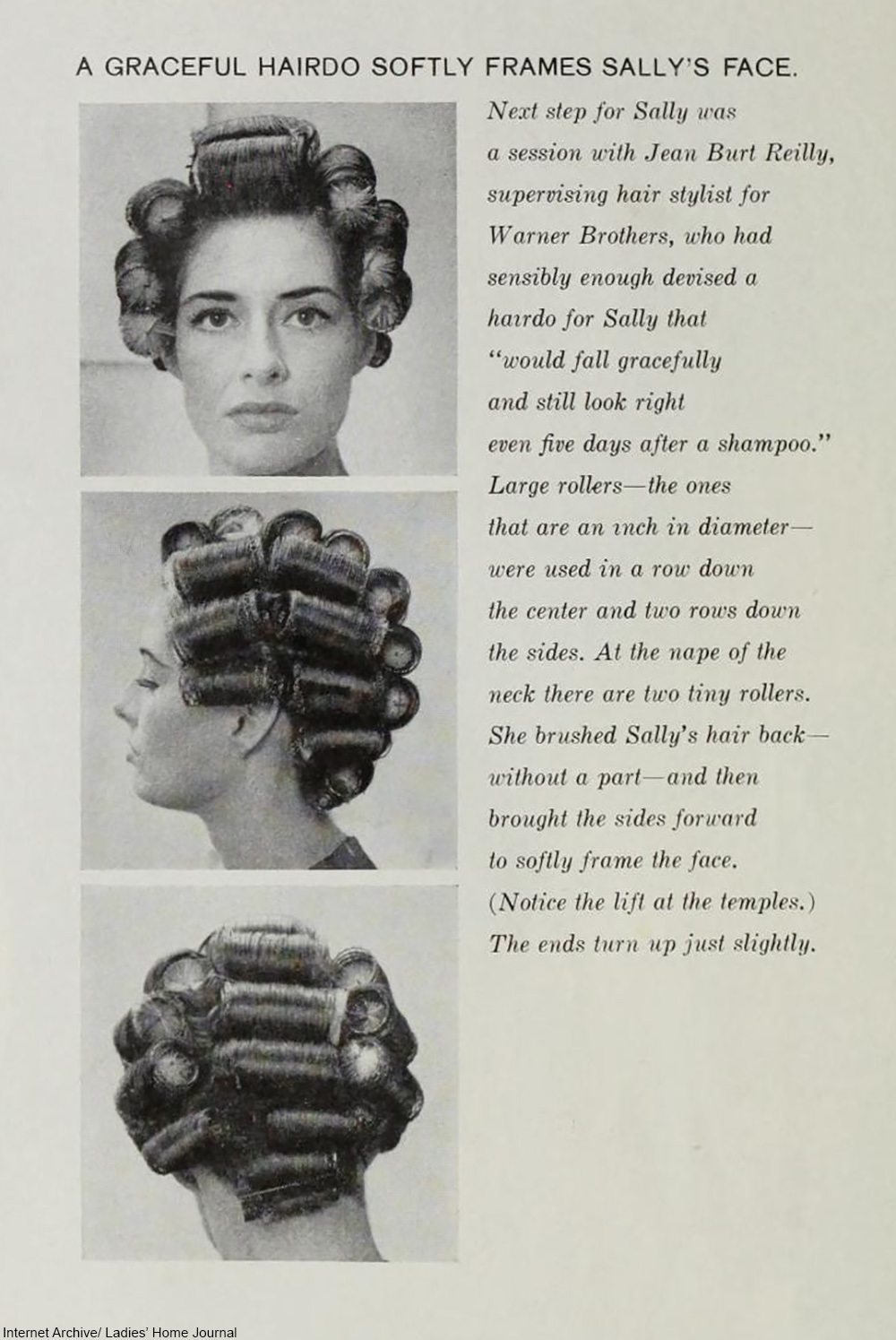 The model’s hair was set with rollers, the middle section going backwards and the side sections going down wards. 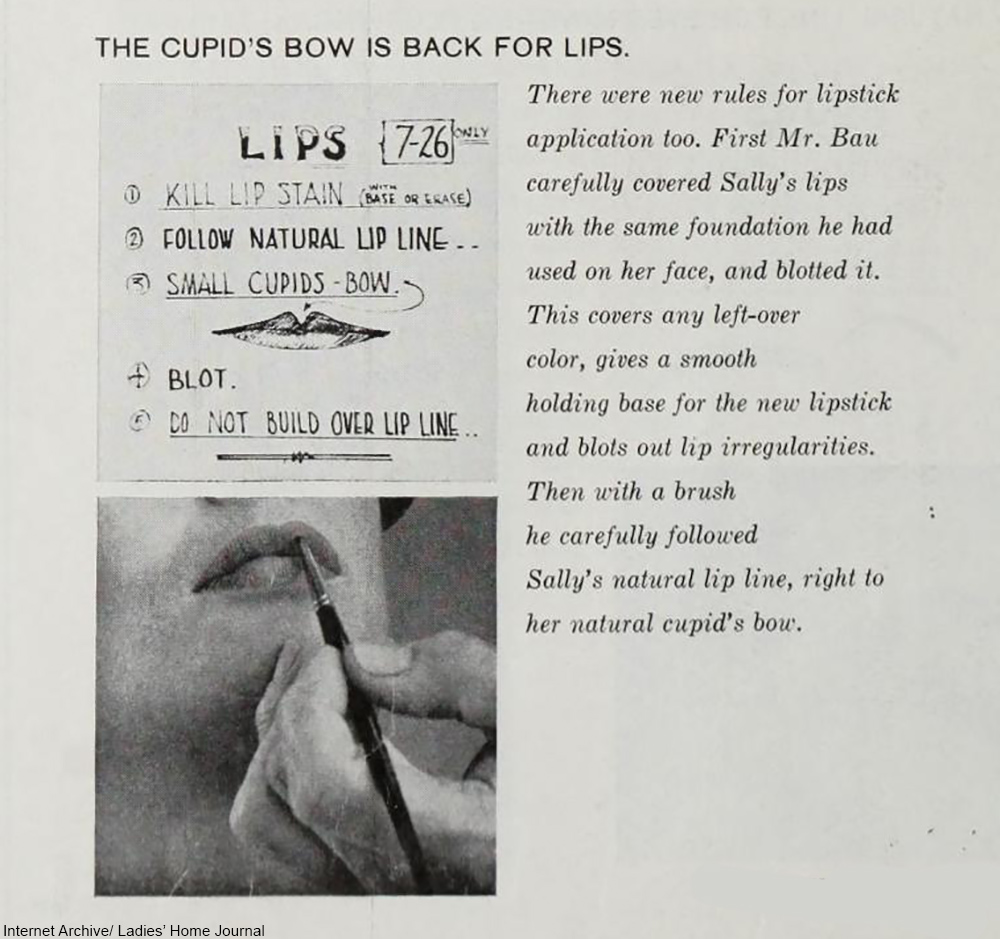 The lips were also intended to be natural, with instructions that the color not be overdrawn outside the natural lipline. 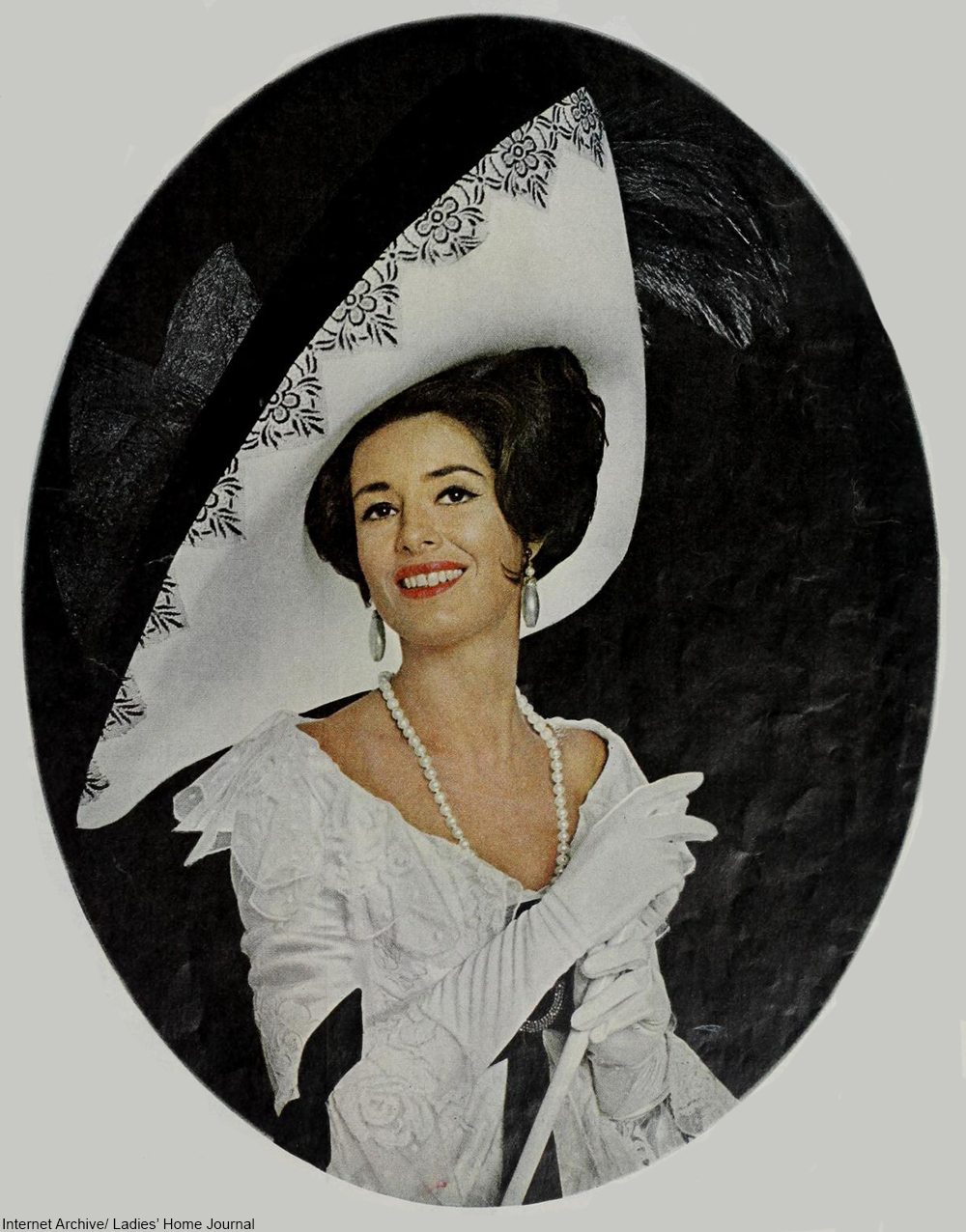 The finished result, with all the costuming to boot, is quite effective!

The makeup tricks of Old Hollywood: Click “Next Page” below!