Lost Purse Mystery from 1957 Comes to a Touching End

In 2019 a custodial worker named Chas Pyle found a weathered red purse stuck between the lockers and the wall at what is now the North Canton Middle School in North Canton, Ohio. Pyle was replacing the trim piece that covered this gap when he found the object. The purse was quite dusty and had long since been forgotten, but what was inside was like a time capsule. Now, the mystery of who this purse belonged to has finally been solved. 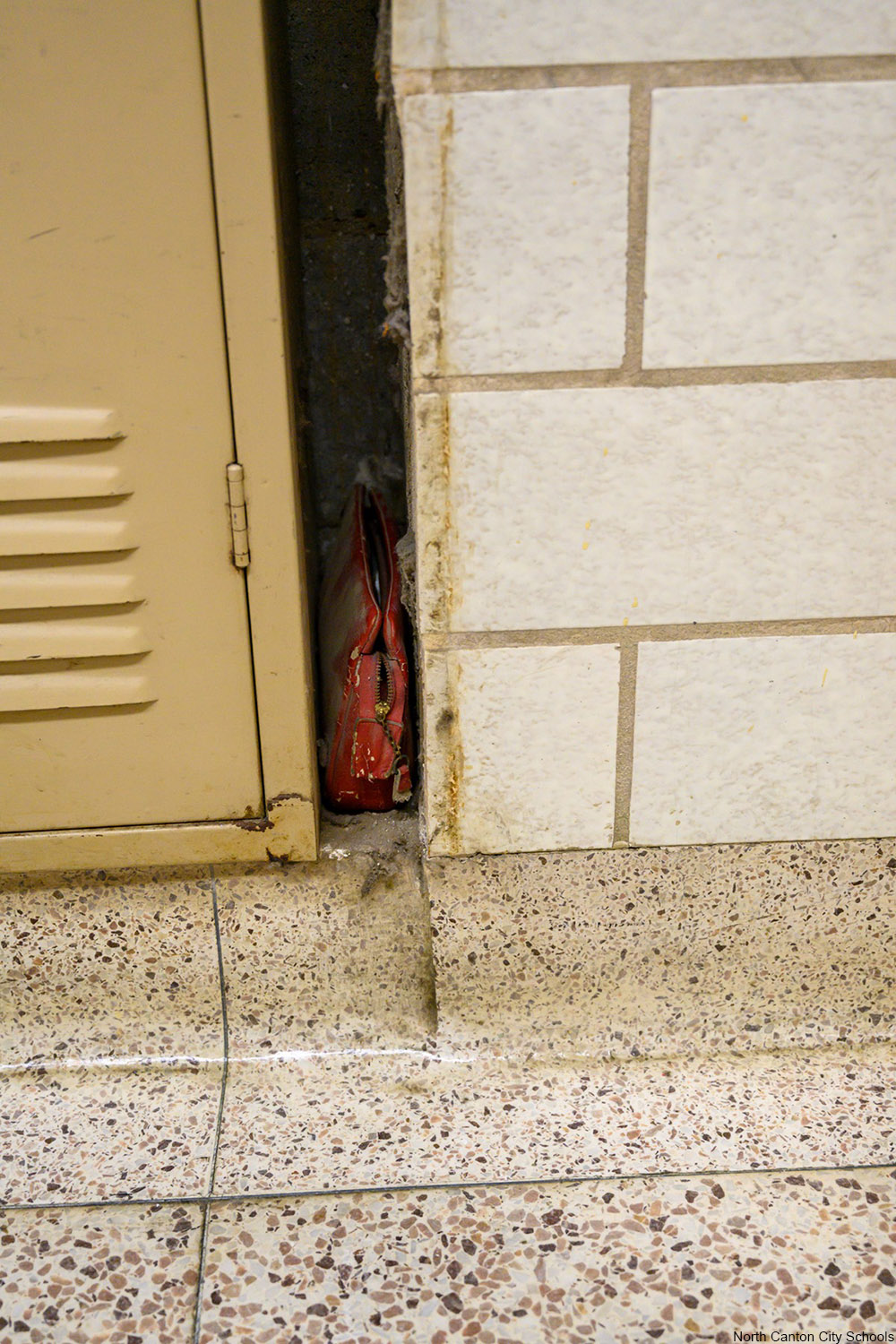 The contents of the leather handbag were very much a record of the times. Inside was a stick of peppermint Beech-Nut gum, a comb, a brass and enamel compact, and two brass lipstick bullets (one of them the old fashioned push-up style). There was also a photograph given to the owner of the bag wishing the “swell friend” good luck.

The bag also contained some change and some pencils, as well as a Pink Pearl eraser. Inside was a 1956 schedule of football games for what was then Hoover High School and some had been crossed out. A 1957 baseball game schedule for the school’s team was also in the bag. 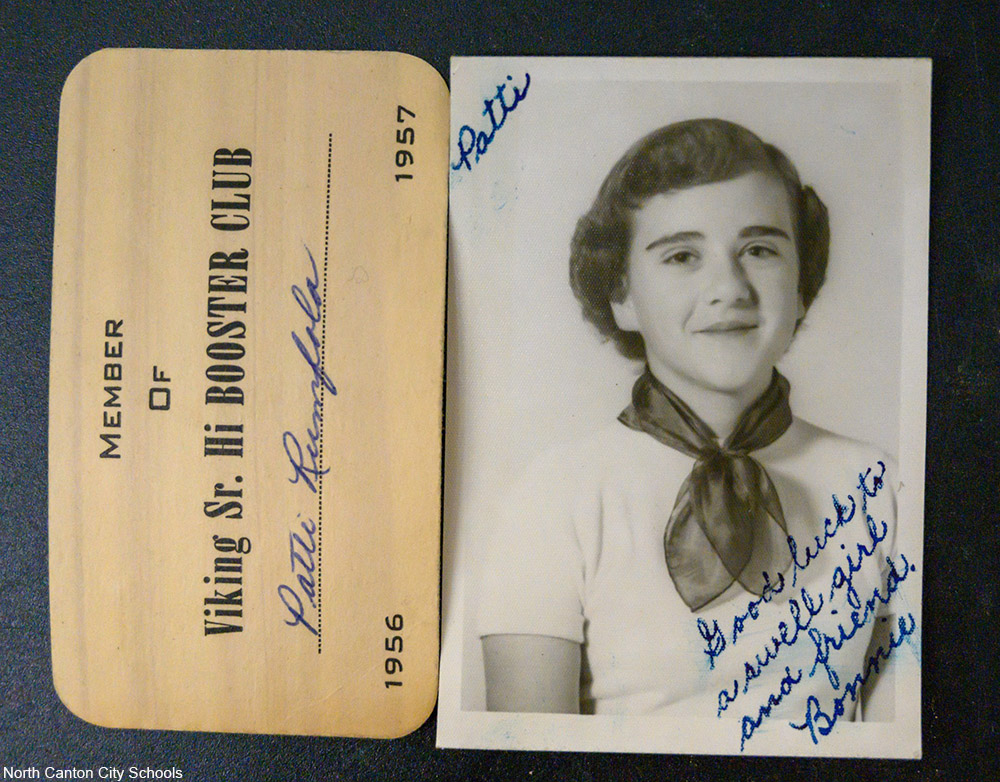 Several ID cars for the library, YWCA, and for the American Junior Red Cross were also inside, identifying the owner as one Patti Rumfola. Initial attempts at finding the original owner fell flat, but thanks to social media her children were alerted to the existence of the purse.

Rumfola passed away in 2013, but each of her 5 children took one of the wheat pennies from the 26 cents that were in the purse as a token of her life. Rumfola graduated from Hoover High School in 1960 and went on to become a teacher. 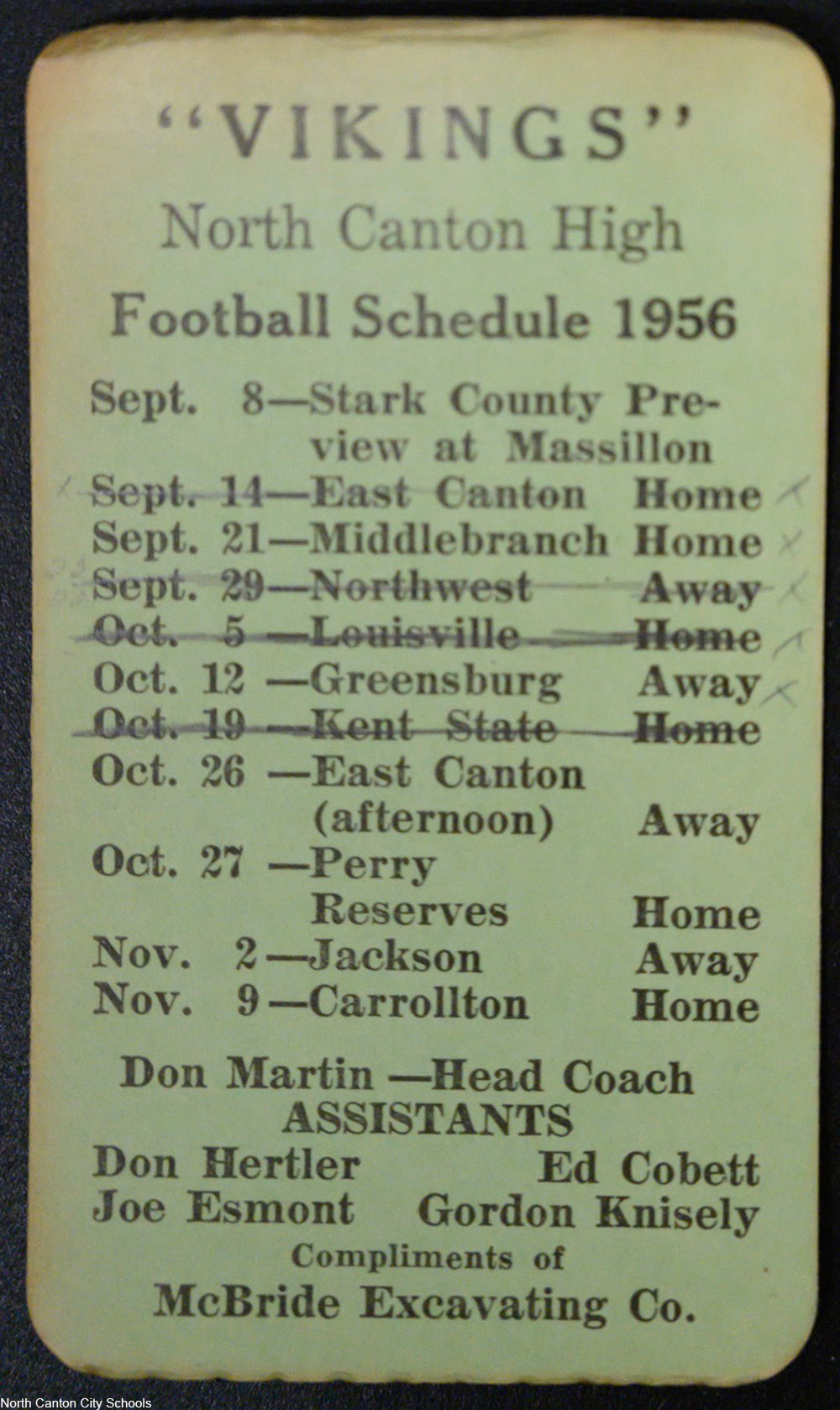 There’s no word on how the purse might have gotten in such an odd place in the school, but it’s wonderful that the school was able to keep it until Rumfola’s children could take possession of this time capsule purse. 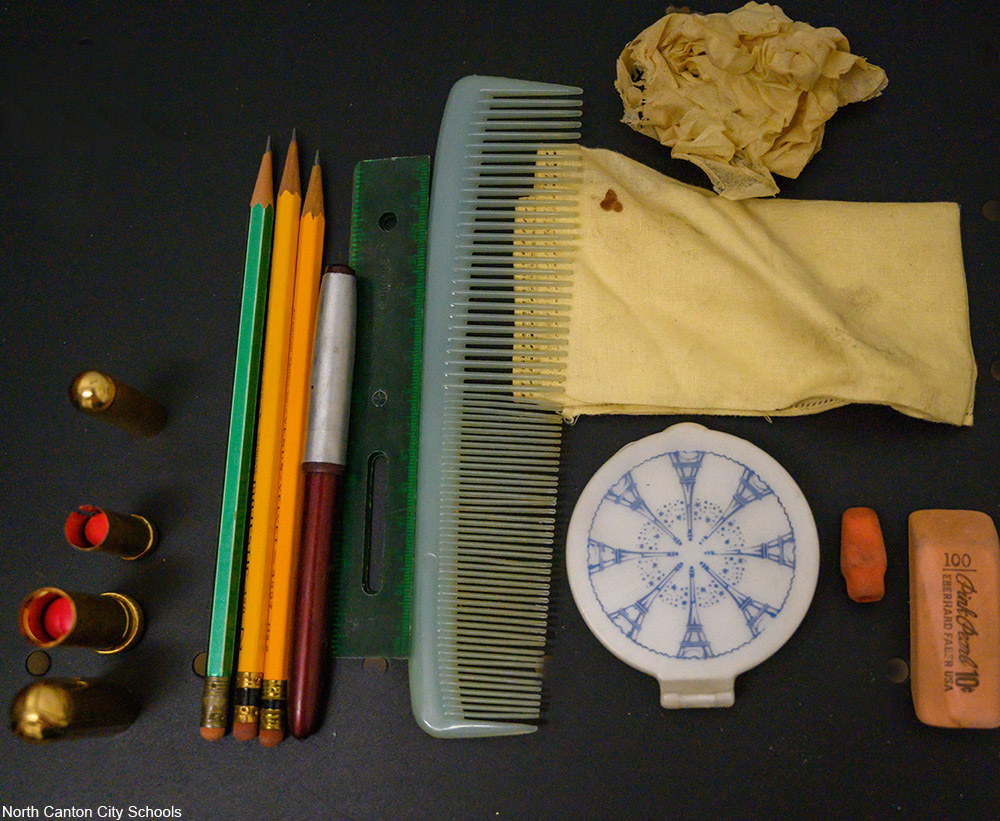 The images of the purse were shared by the school corporation with the following blurb about the whole experience.

“Some of you may remember the purse that was discovered at North Canton Middle School last spring. The purse belonged to Patti Rumfola, a 1960 Hoover graduate. Thanks to the investigative work of many of you on Facebook, we were able to track down Patti’s family. Unfortunately, we found out that Patti has passed away.

Patti’s five children were together for a family gathering in the fall where they opened the purse to have a glimpse into their mother’s life as a teenager at Hoover High School. Since that time, we have received permission from the family to share photos of the contents. Those of you who may have gone to school in the 1950s or 1960s may have memories of some of these items. In one of the photos, you will see nine coins from Patti’s wallet. Each of her five children kept one of the wheat pennies as a token of remembrance of their mom.”

The images were posted to the North Canton City Schools Facebook page where they have been viewed thousands of times. One commenter wrote “… does anyone else think she had A LOT of stuff in her purse?” It does seem like the thriving teen who owned this handbag did have a very full life- if the contents of her purse are any indication.