After World War II returning troops and their new brides were searching for homes of their own. Urban and suburban development at the time was nothing like what it is today and affordable housing was needed quite quickly. In England the prefab homes approved by Churchill were a welcomed source of shelter and some of them are still standing today despite only having been meant to last only 10 years. 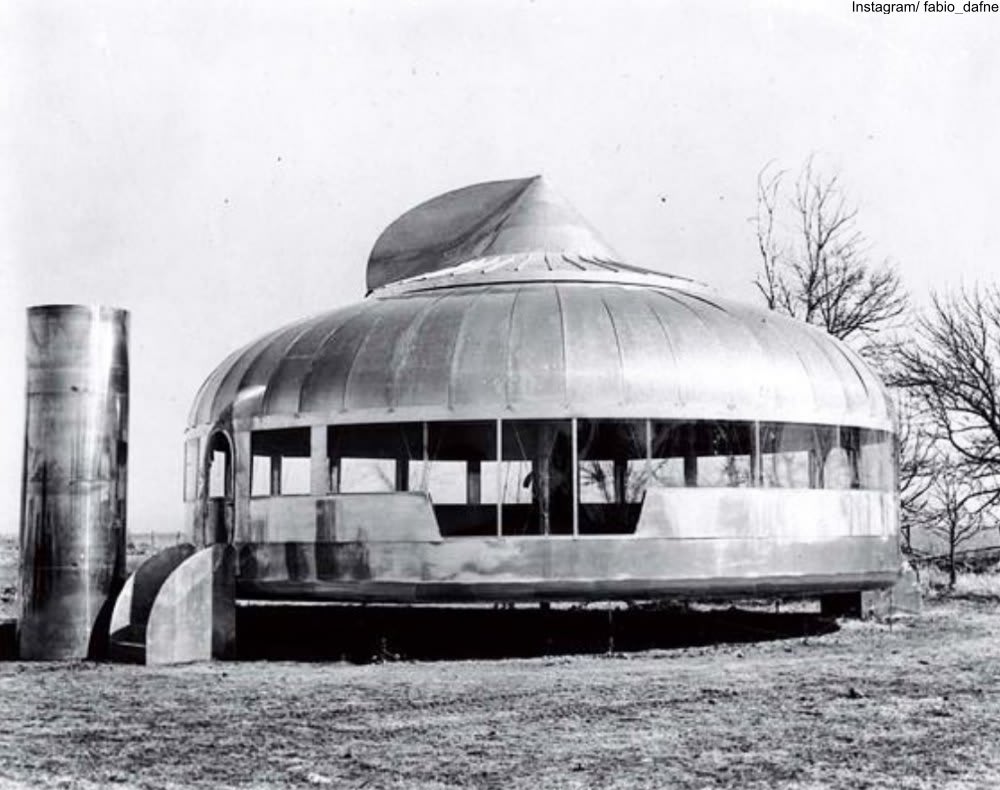 The tube next to the Dymaxion House is what it was shipped inside of. Via/ Instagram

In the U.S. temporary housing was seen as less desirable and perhaps that’s why the all-metal Dymaxion House never took off. This revolutionary home was designed by author and revolutionary, Buckminster Fuller in the 1920s. In the 1940s he saw it as one possible solution to the housing shortage of the post-war years and the subsequent baby boom that followed. Fuller partnered with Beech Aircraft to create Fuller Homes, Inc.

Fuller had first created much smaller and less-grand prototypes out of part of a corn silo. This humble abode garnered interest despite its appearance. This first foray into Fuller’s affordable housing had tiny porthole windows and corrugated metal walls. 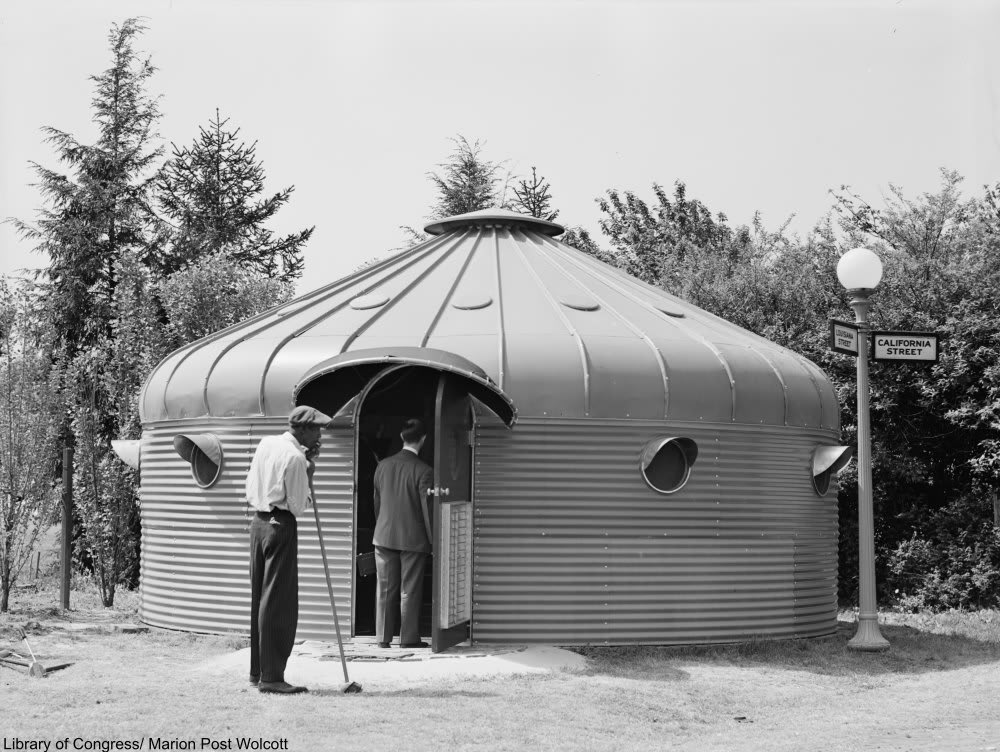 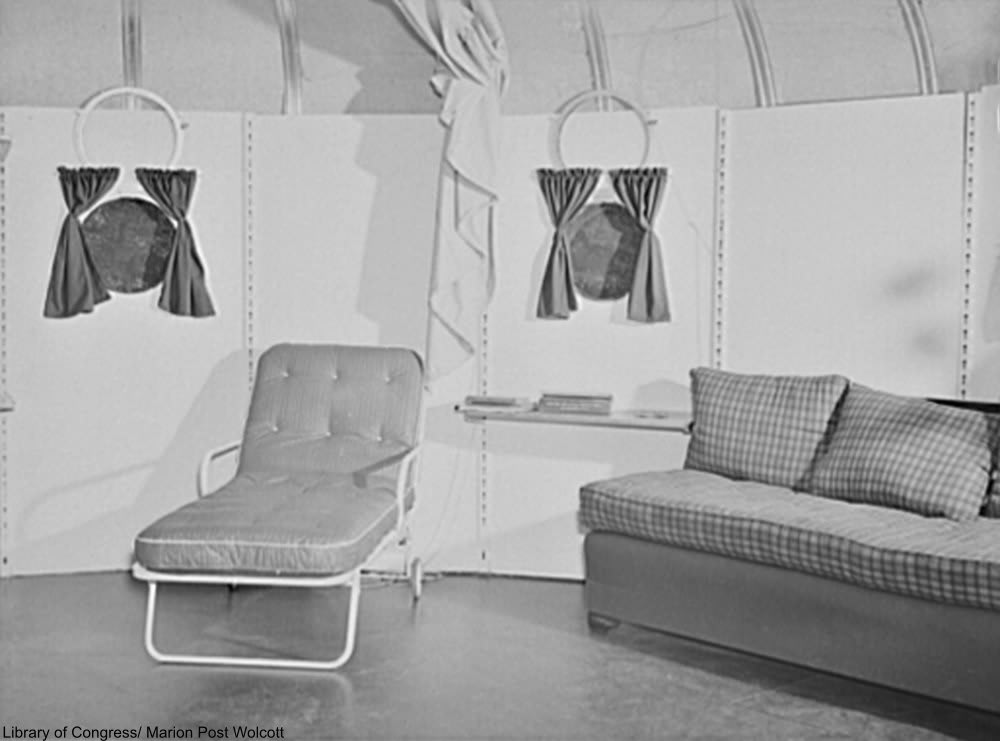 His next step was much more advanced and much larger. The whole round metal structure hangs off of one central pole which supports the exterior walls and large plexiglass windows. The design shares traits with a yurt, the Mongolian portable house with a wooden frame and central pole. Another way to think of it is like the metal structure of an umbrella. And the portable part here is key because the Dymaxion was intended to ship in a relatively compact container. Fuller called his design the Dymaxion House, a portmanteau of dynamic, maximum, and tension. 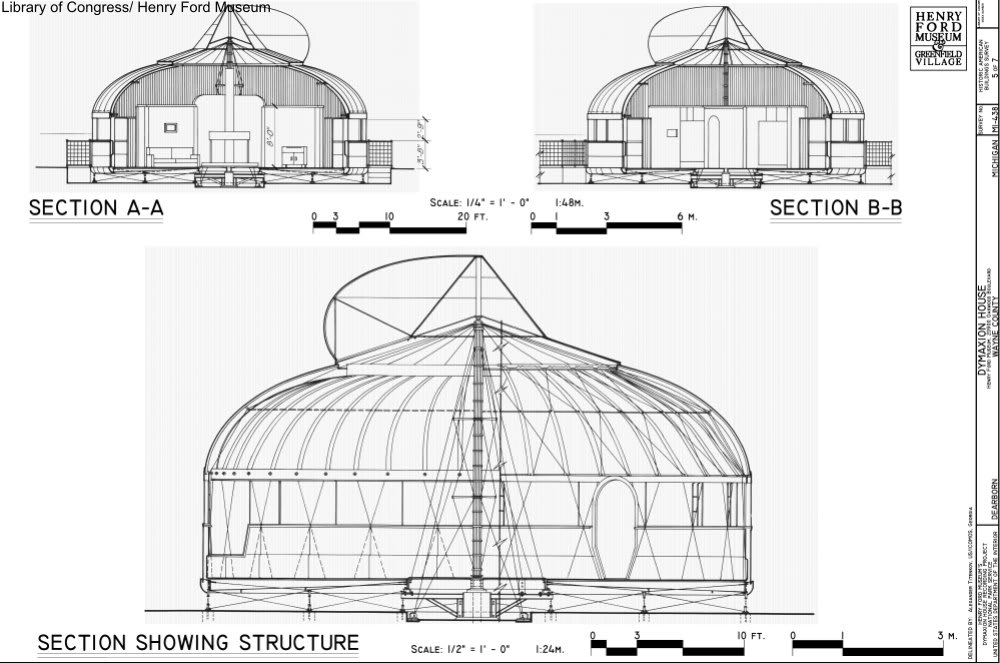 The shape and finish were designed to be the best use of materials while giving a distinctly futuristic aesethic. The end result is something which looks like a UFO house. The home featured amazing innovations ranging from rotating hat racks and closets (which function like the secret doors on Scooby Doo) to a motorized revolving linen closet – all intended to maximize efficiency and comfort.

The Dymaxion features a living room, foyer, galley kitchen, 2 bedrooms, 2 bathrooms, and ample storage space. The structure also came with a heating and cooling unit built in. The closets reside in the partition walls which are moveable in case of a change of guests or a large space needed in the living room. 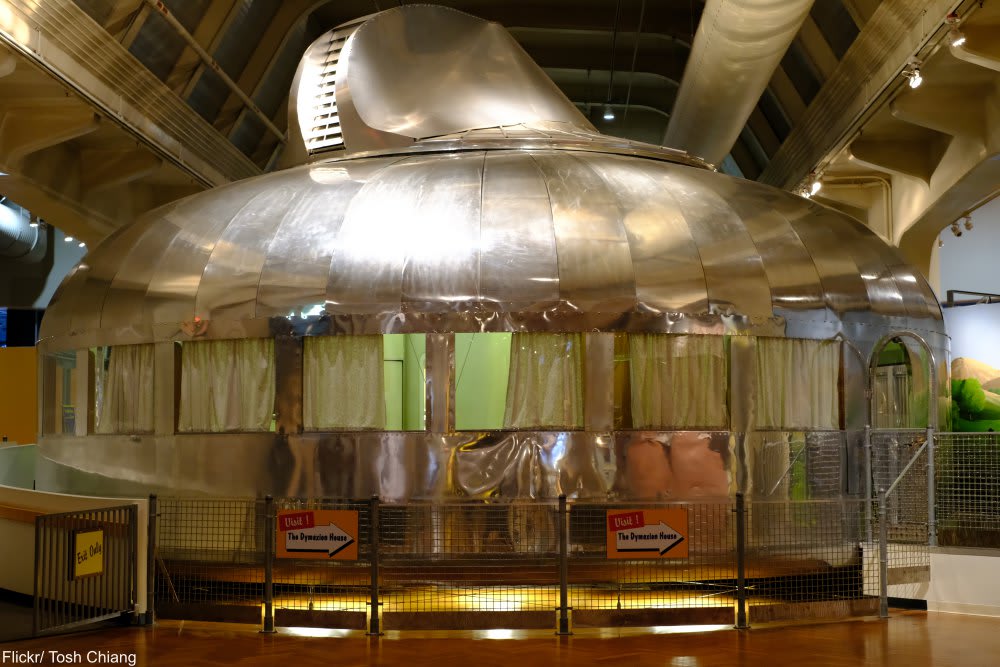 The hood on top rotates to allow a complete exchange of new air every 6 minutes. Via/ Flickr 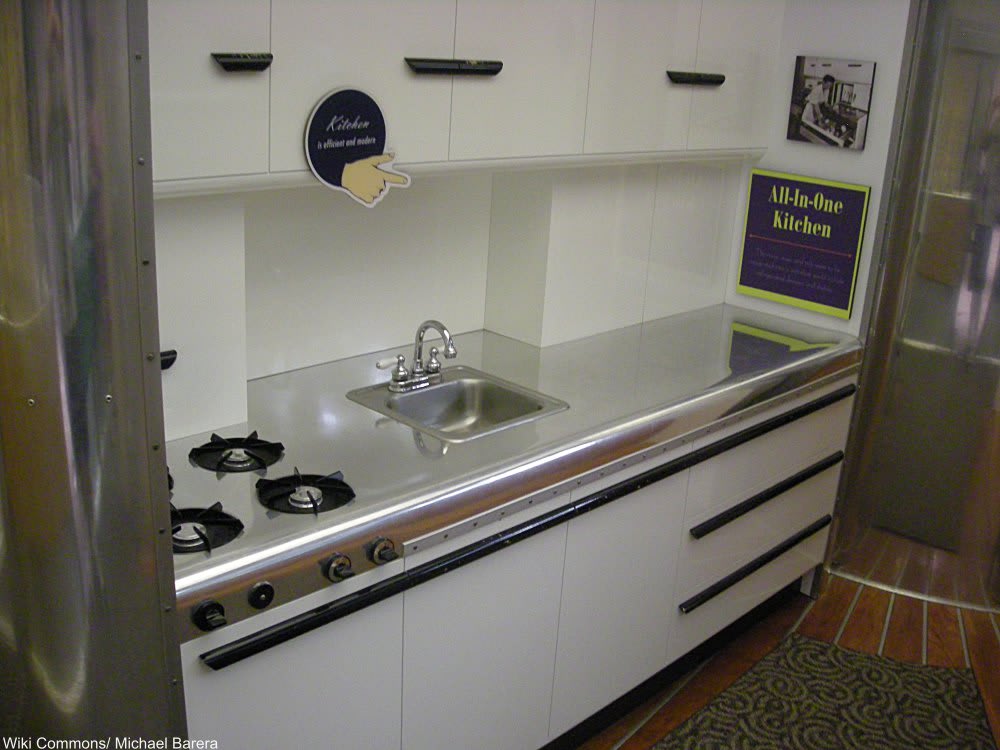 The fancier of the two prototypes now resides at the Henry Ford Museum in Dearborn, Michigan, after having undergone an 8 year restoration process. The Dymaxion House had been left abandoned for several decades at the time of the donation. It is now filled with the furnishings of the era, including a Heywood Wakefield dining set. 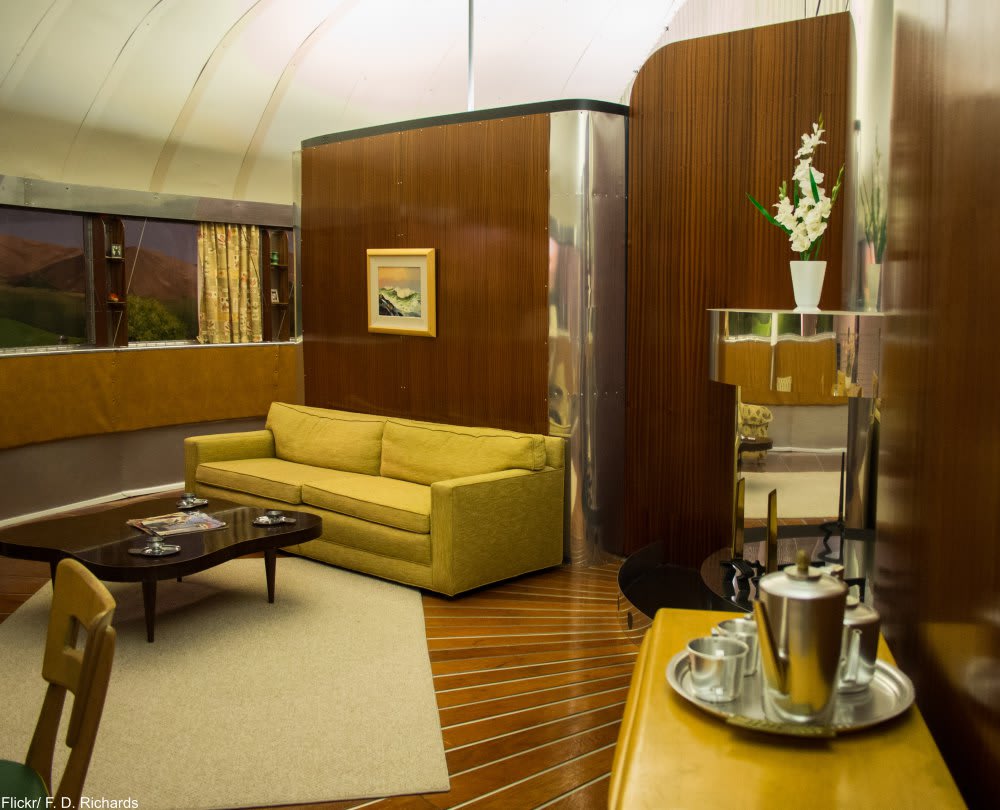 It was hoped that this design could have become the home of choice for young families or at least helped to house the returning soldiers. But, production methods for suburban housing like those used in Levittown beat out many other competing ideas on modular building. It’s kind of sad because just imagine what a hoot it would be seeing these UFO homes dotting the country side or around the corner from the church.

Enjoy the newsreel below from 1946 which explains some of the best features of the Dymaxion House.

See the houses which did catch on in the first suburb of Levittown : Click “Next Page” below!