Find Out If You Could Pass a 1930s Marriage Quiz

The 1930s were a decade of struggles, with economic hardships which burdened both rich and poor. This tested many a relationship, but for some it brought them closer. Despite the Great Depression, the decade was also a time of increased interest in science. This applied to everything from household goods to psychology. The latter had gained fame with Dr. Freud starting in the early 1900s and by the 1930s it was a common topic of discussion, even making appearances in magazines and pamphlets.

One such pamphlet was written by psychologist, Dr. George Crane, who was also a popular newspaper columnist. Entitled, Tests for Husbands and Wives, the quiz had separate sections for men and women and was published in 1939. 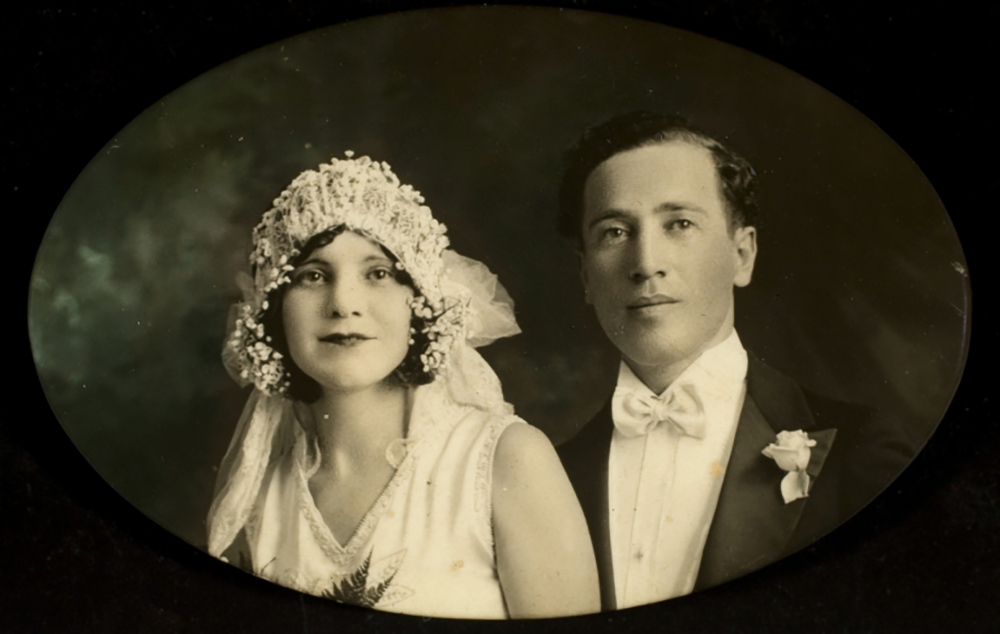 Crane’s booklets on marriage were fairly popular and by the 1950s he was running the Scientific Marriage Foundation, which orchestrated thousands of weddings in his role as a sort of matchmaking service. This marriage quiz has few puzzling trends which reflected common beliefs of the era about how one should act with their spouse. Our views on marriage today are quite different, which makes it hard to read through the questions and not cringe a little bit! 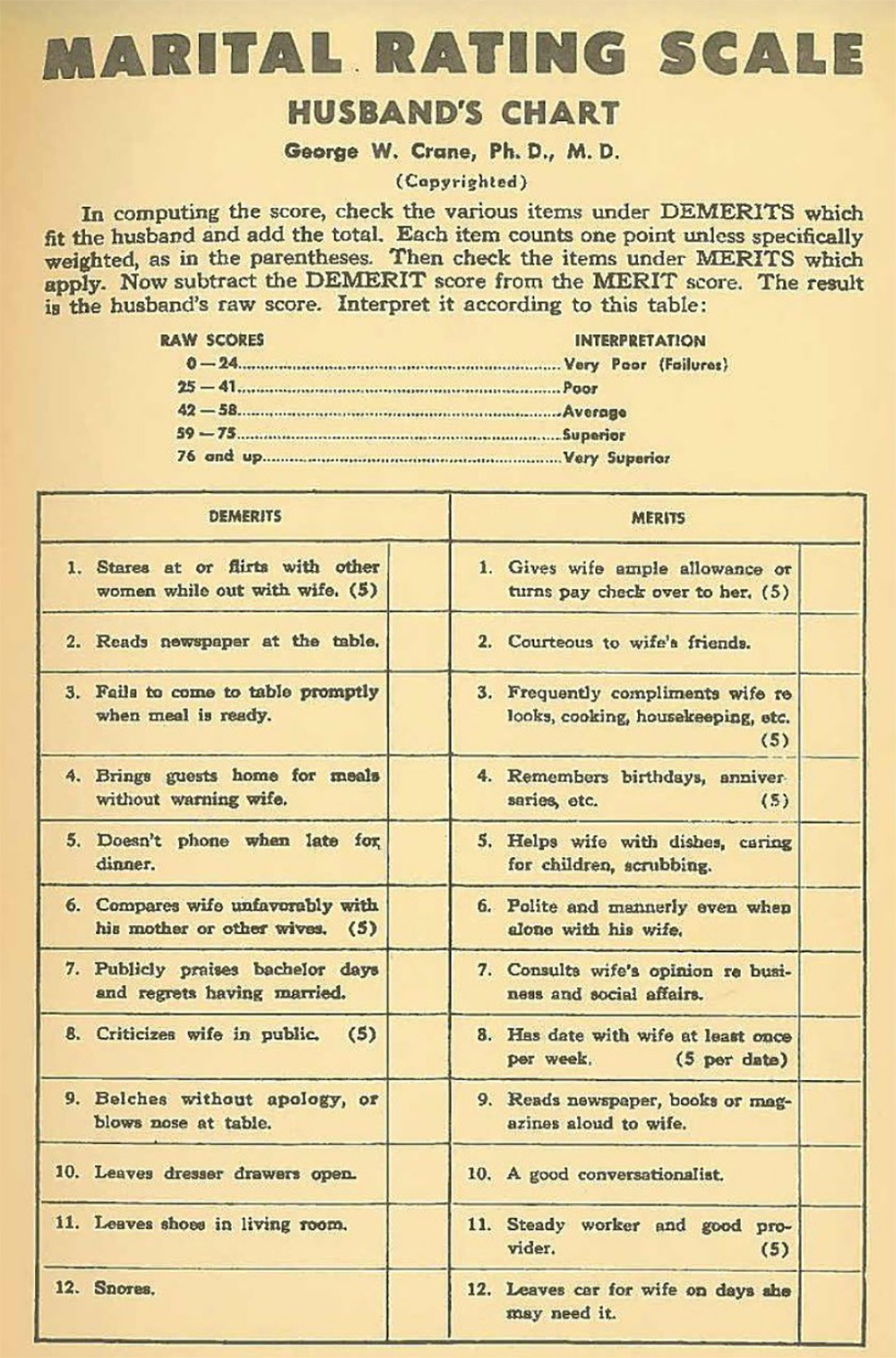 Husbands loose points for things like bragging about bachelor conquests, bringing home dinner guests without giving his wife prior notice, reading the newspaper at the table, leaving drawers open, or for snoring.

They gain points for things like being a good provider, being into sports, helping with childcare and cleaning, and for generously consulting their wives on matters of a financial or social nature. One would hope that all major purchases and social engagements would have been decided as a couple, regardless of the era! However, it seems that this was considered by some at the time to be a perk and not a basic element of marriage. 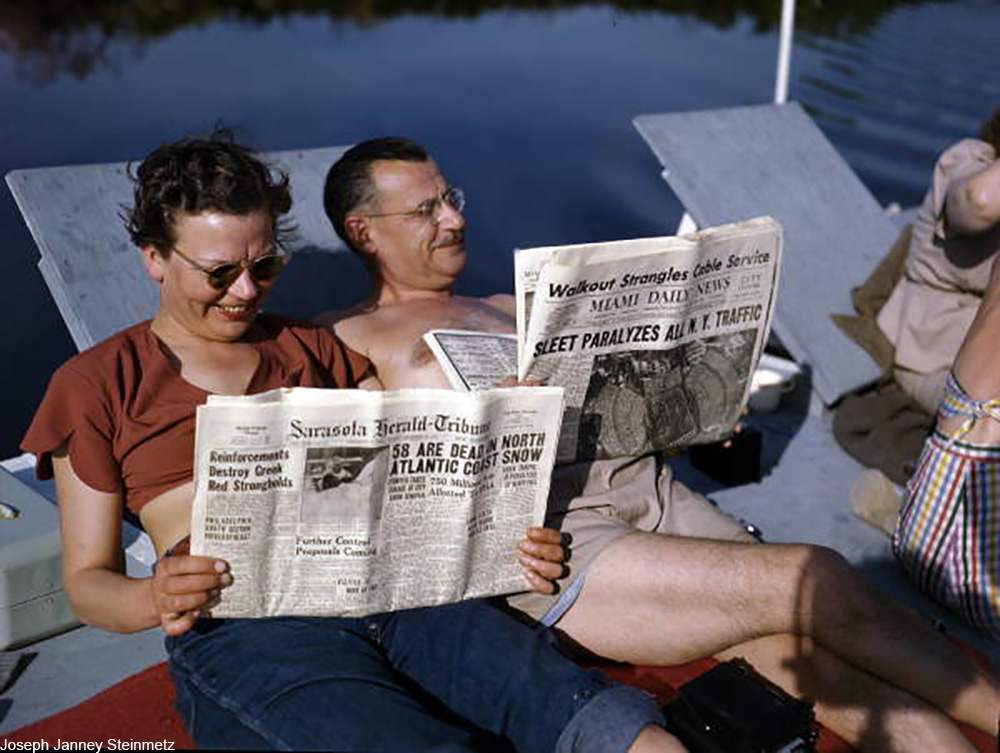 If you thought love was a two way street, you clearly didn’t read this pamphlet! The wife’s section of the quiz has a whole lot of questions on topics that the men’s section did not. Wives gain points by never coming to bed late, always letting their husbands sleep in on Sundays and holidays (while at the same time always taking the kids to church), and personally putting the kids to bed every night. 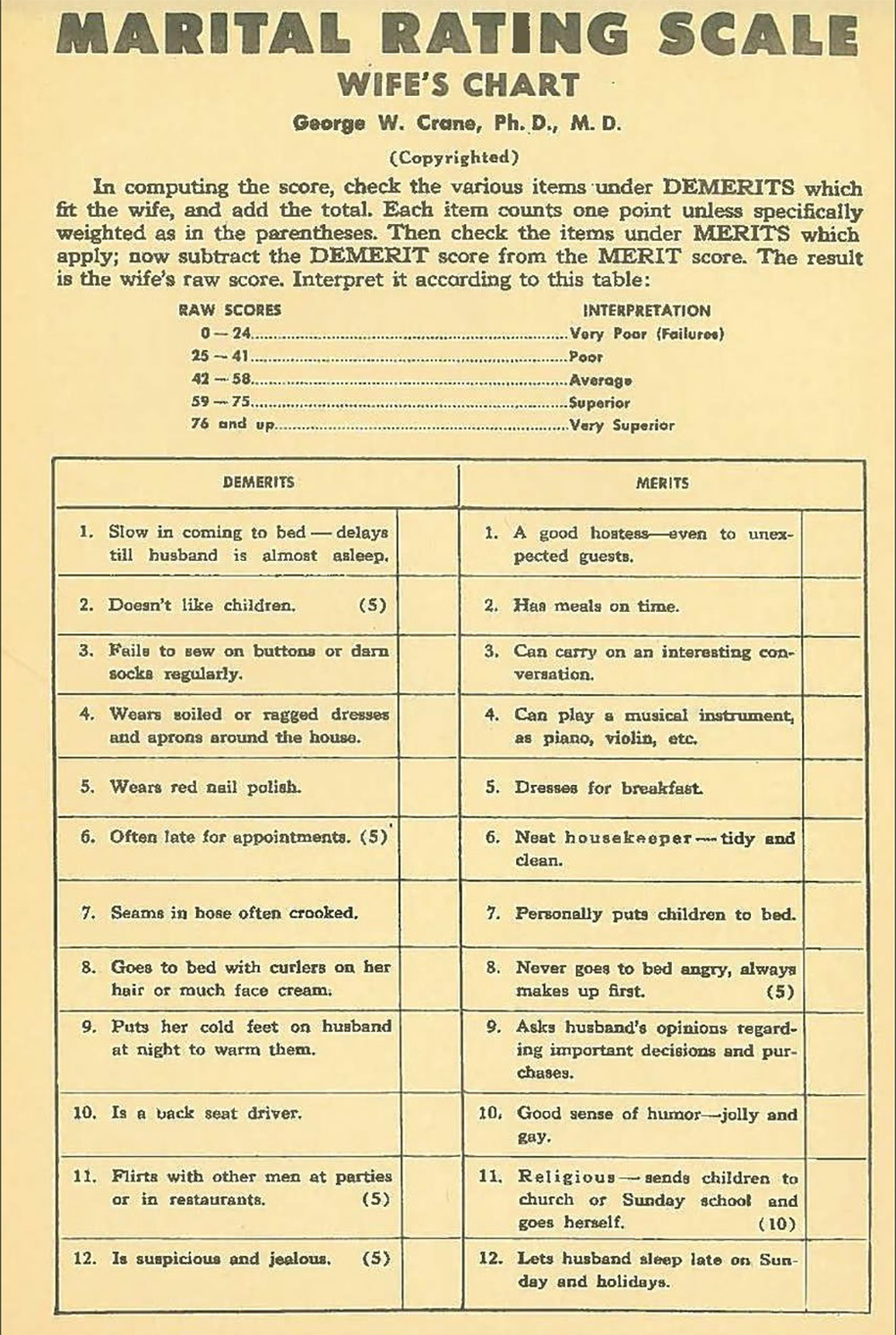 Husbands got points for helping with the kids, but putting them to bed was one step too far for some. As for Sunday apparently only one parent got to sleep in weekends and that person was not going to be Mom. 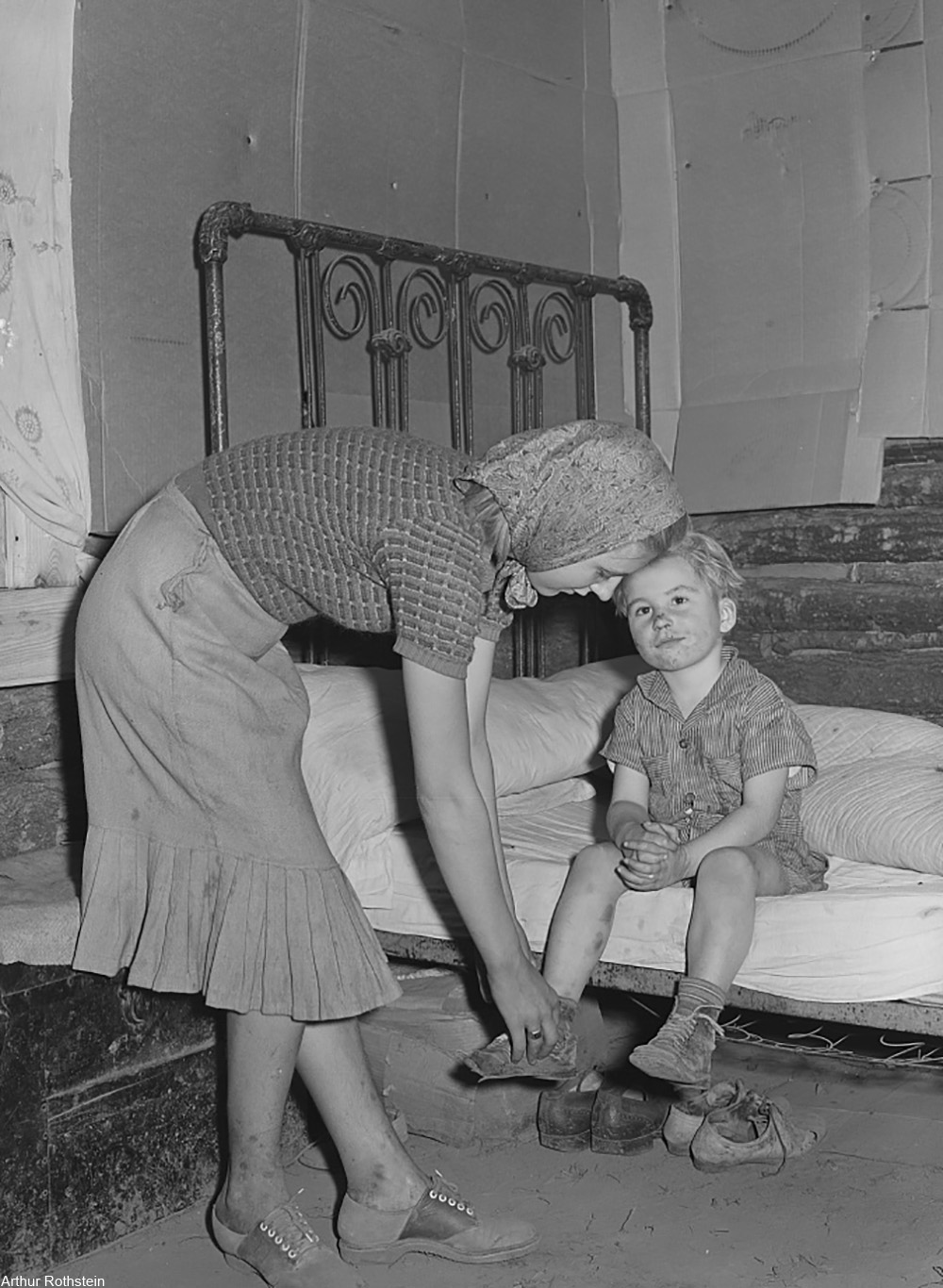 The wives lose points for not liking children, for looking too ragged, for wearing red nail polish, for being late, and for being jealous, and for wearing stocking feet around the house. Basically, wives had to ride the fine line between under- and overdressed at all times.

The scores are listed as follows:

It must have been hard to live up to these standards, so we hope that couples of the era who read this quiz took the results with a grain of salt. According to Dr. Crane, the questions were based on the results of interviews with 600 husbands and wives each to find what annoyed them the most about their spouse. The questions were weighted to reflect those which in his view, “as a psychologist and physician, are especially important in marriage.” 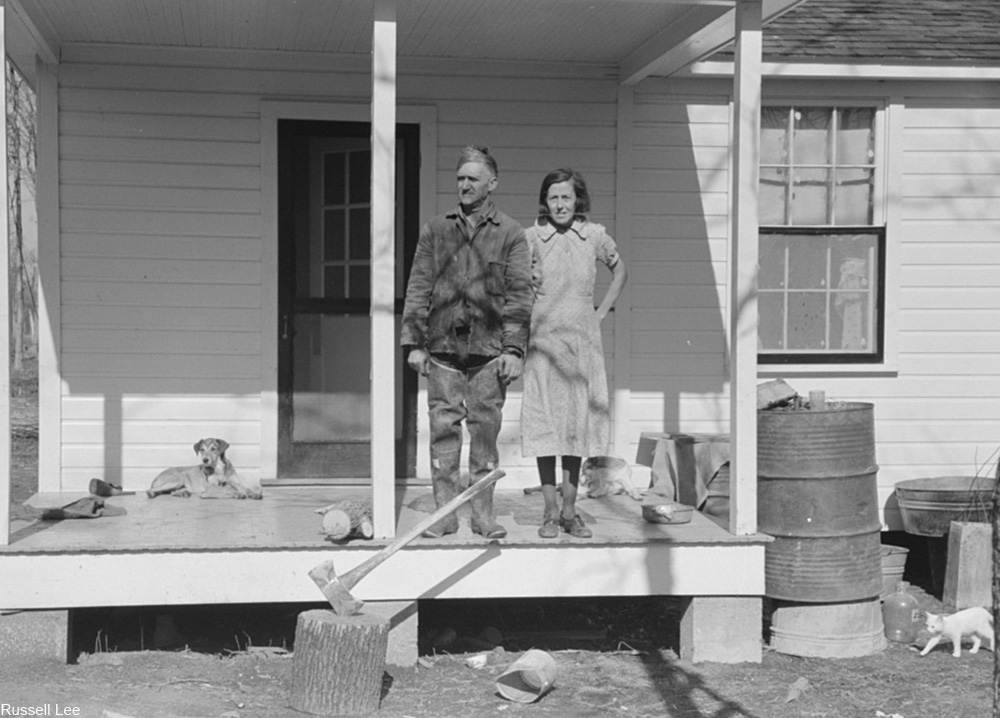 Dr. Crane goes on to say a little more about how he hopes the test will be used, “I commend this test to the attention of all intelligent women who aspire to make their marriages both permanent and happy. Young women contemplating matrimony might very profitably use this test as a practical guide.”

To be fair, Dr. Crane did also advise that young men thinking about marriage also take the quiz, probably the objective thing about the whole booklet.