Wacky “Cures” from Midwives in the 1800s

It’s no secret that midwives have historically had their own ways of doing things. In the days when doctors were a real rarity, the midwife was a mother-to-be’s best bet for making it through a delivery. Even if a doctor could make it out for the birth, not much was known about medicine as we know it today.

Germ theory, pain management, checking blood pressure, and blood transfusions were just a few of the practices that doctors would not use until well into the 20th century. In the 1800s folk medicine was still in use by doctors and midwives alike. With their limited training and work in rural areas, and limited (if not completely absent) communication with the larger medical field, midwives were often more prone to use some of the old customs for “curing” women’s problems during and after childbirth. 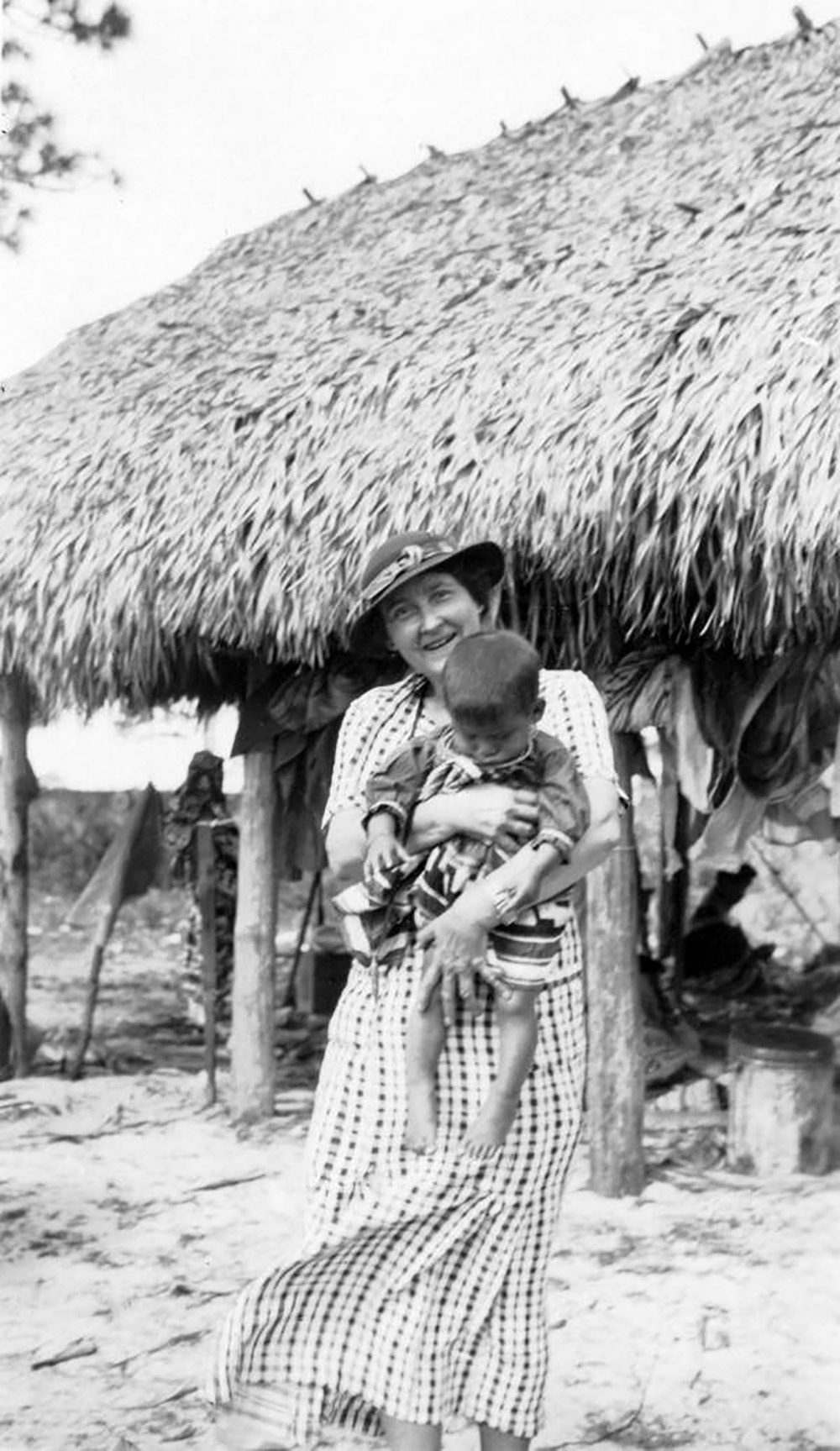 Midwife Julia “Jule” Graves in 1931. Via/ State Archives of Florida

In a document from prominent 20th century Florida State Board of Health nurse and midwife, Jule O. Graves which was typed up in 1942, the practices of an 1800s midwife involved some very mysterious “cures” for some serious conditions.

Graves begins the document by stating that a midwife who was born in 1840 was said to have attended to 654 deliveries in 5 counties in her lifetime. If true, this is a huge volume of work. Graves then goes on to explain that midwifery was often handed down from mother to daughter at the time, with the eldest or “most settled” being selected for the mantle. 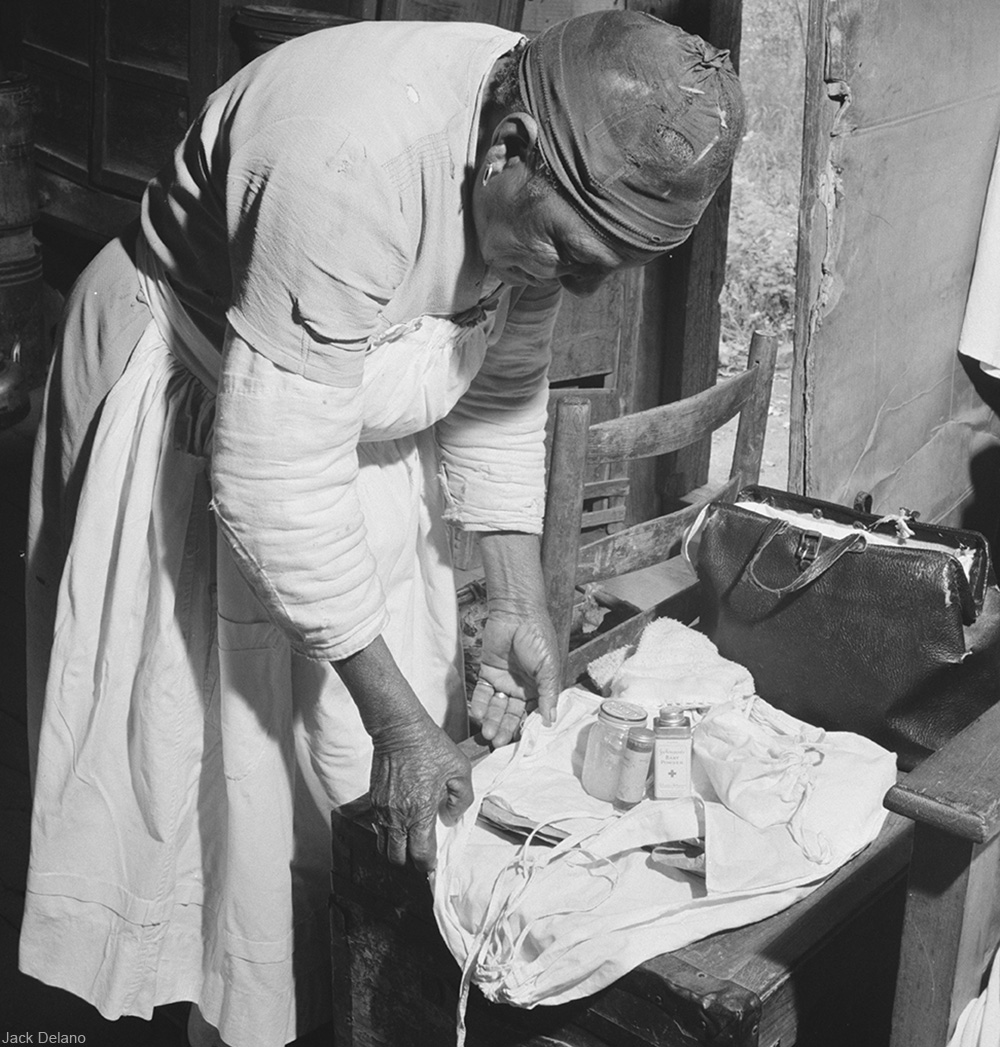 Graves transcribes many different midwives’ remedies collected from Florida and Georgia that were in use during the 19th century. The first treatment is to stop bleeding: “To stop excessive bleeding following childbirth, writing paper tea, made by putting some bits of unused writing paper, preferably linen, covered with warm water, on the back of the stove to steep. Give patient one teaspoonful every hour until bleeding ‘slacks off.'”

The next suggestion is a top tip for making the birth go quickly, according to folk knowledge: “To ensure an easy quick delivery, ‘set her ole man’s hat on her head.'” This doesn’t seem quite medical. Also, anyone who has been through childbirth could attest that distractions and discomforts during the process are wholly unwelcome. Another puzzling tip for this same goal is to put some laundry bluing under the mother’s arms. 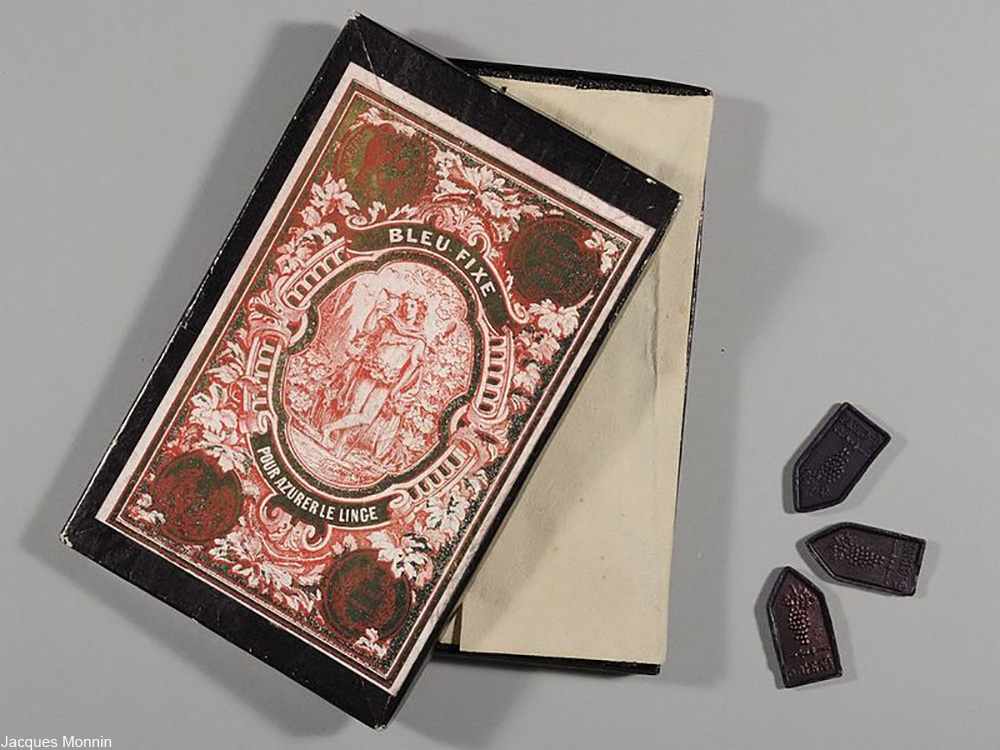 Another method for a speedy delivery was to administer generous doses of “‘Mason’s nes’ tea’ made by steeping dirt dauber’s nests in warm water.” The nests in question (“dirt daubers”) are that of “mud daubers” and are a type of wasp that build their homes from dirt. 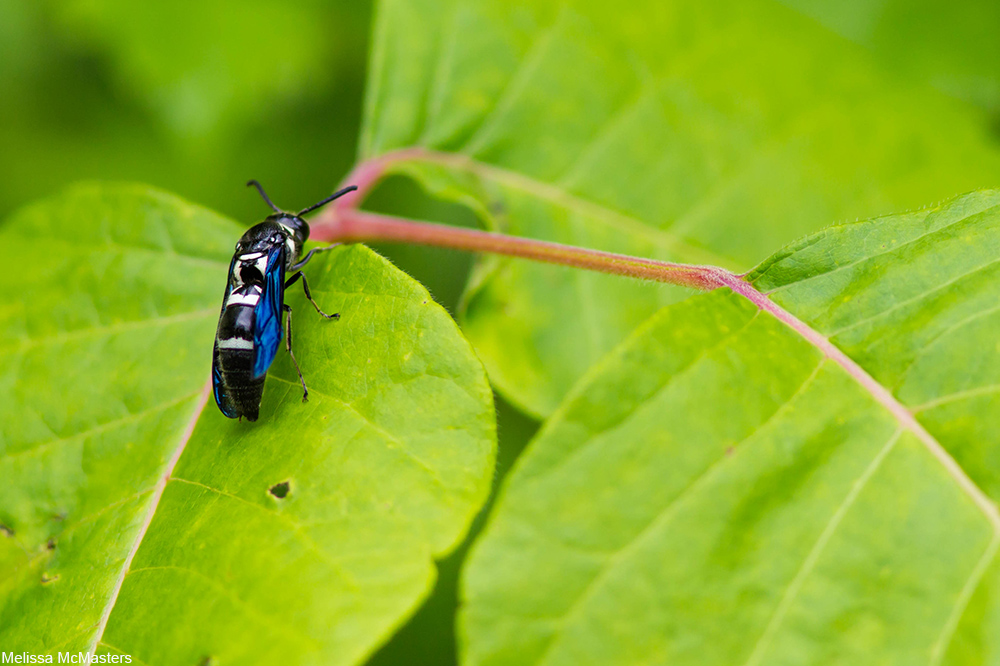 The next piece of advice which is a real head scratcher has to do with where to deliver the baby for best results: “Some women still believe the best place to be delivered is astraddle ‘Their ole man’s lap.'” We have this notion that men in the delivery room is a very recent phenomenon, something which historical depictions of childbirth also support. But, for at least some women having their husband with them to encourage them was clearly invaluable, even in the 1800s. 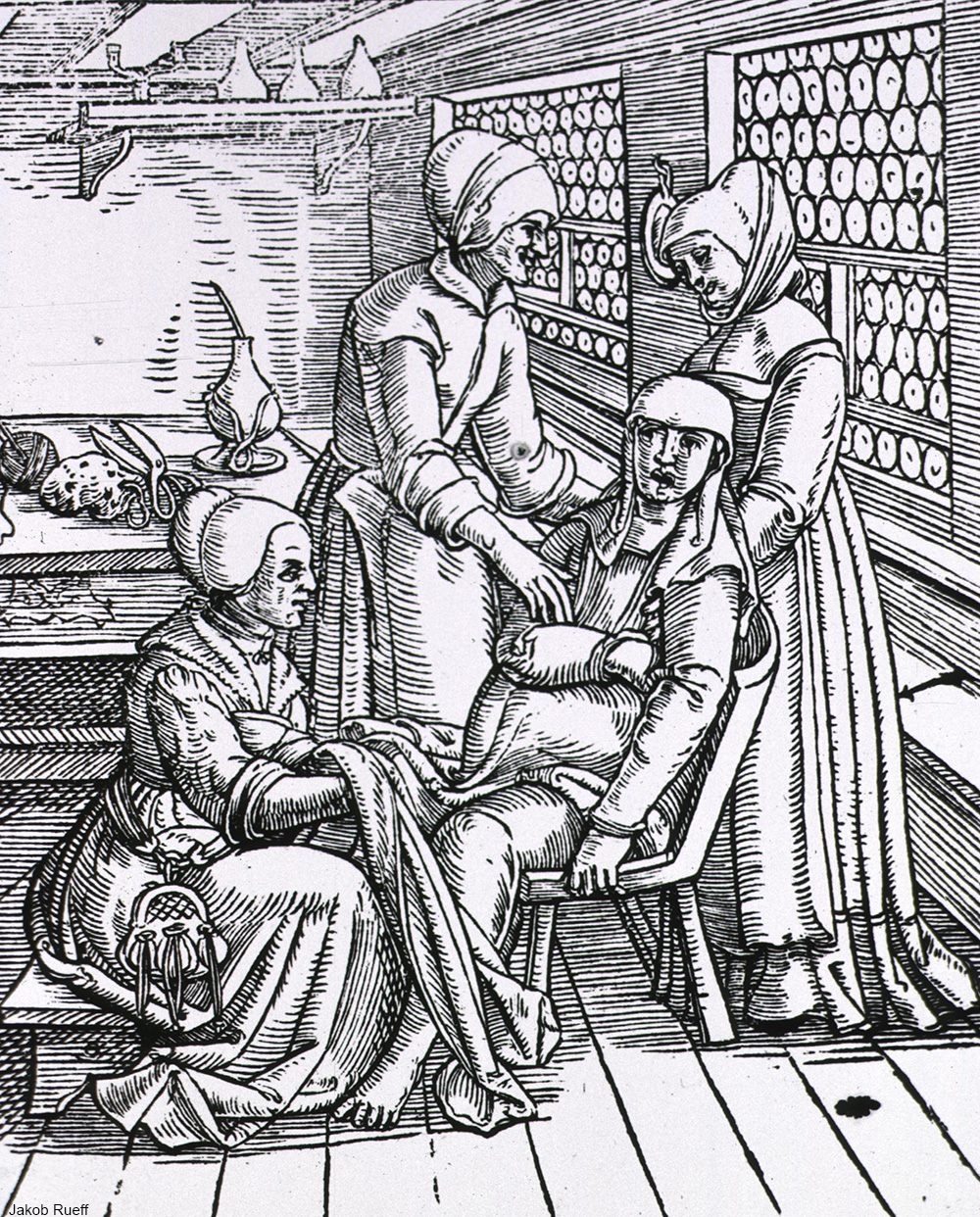 Midwifery as depicted in the 1500s. Via/ U.S. National Library of Medicine

For “extreme nausea” one black chicken must be acquired and it “must not have a single light colored feather.” The chicken is to “steep slowly in the back of the stove, undrawn and unplucked. Do not remember the dose but it is said to be fine for continued nausea.”

The subject of birth control did come up, but of course it was a literal old wives’ tale: “If the patient does not want any more children, give her the first three drops of blood after cutting the cord on a pinch of sugar.” It begs the question- did these mothers actually expect this method to work? 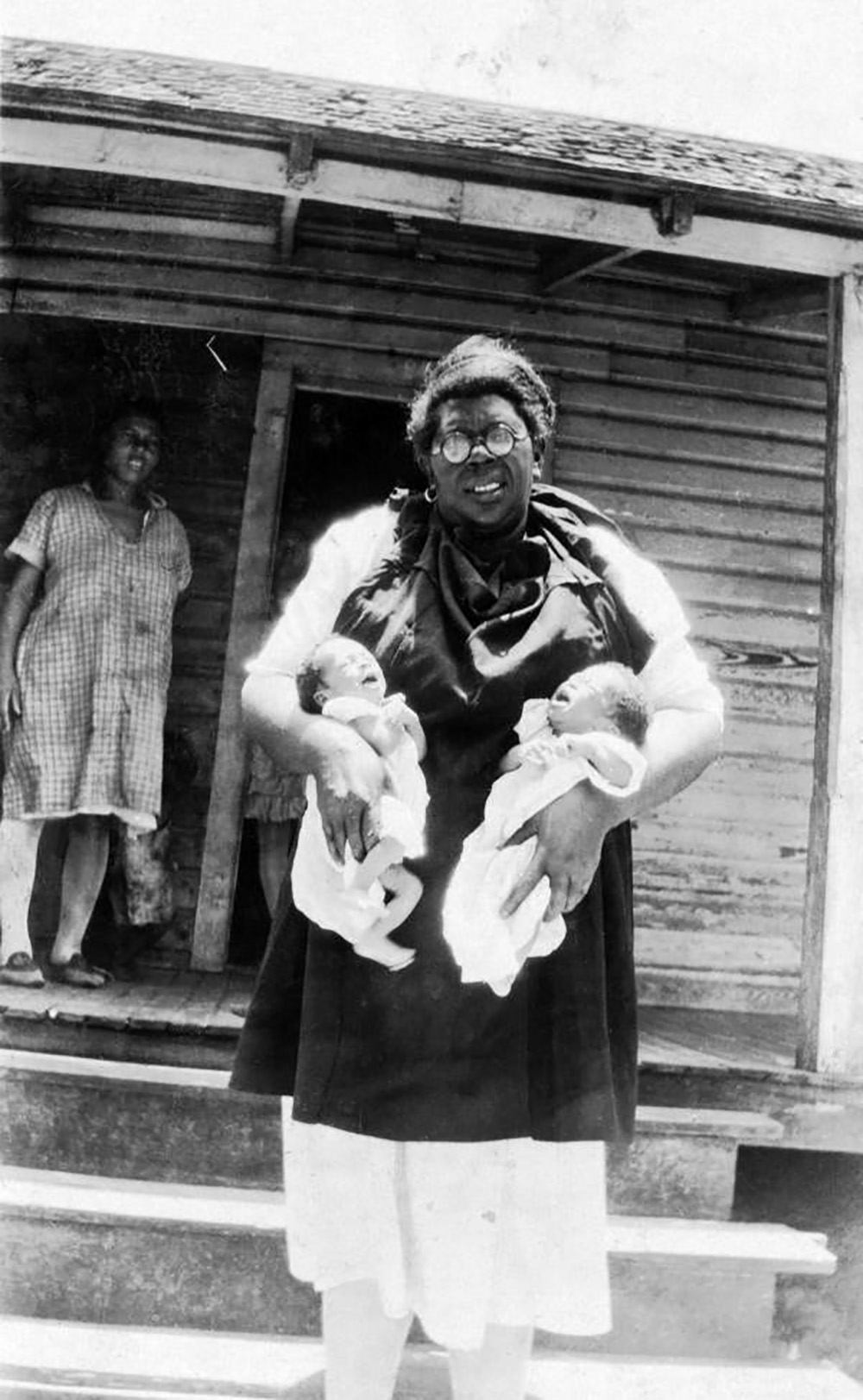 The next practice seems more like some sort of magic spell: “To cure after-pains put a sharp plow share, knife or scissors under the mother’s bed to ‘cut the pains.'” An unusual method for dressing the umbilical cord involved “axle grease, soot and cobwebs”. As a sort of primitive bandage none of the ingredients for this dressing are sterile, but grease and lard have long been used to dress wounds and sores so this makes a certain kind of sense.

With secret potions like these it’s no wonder that midwifery in the Middles Ages in Europe was sometimes associated with witchcraft. 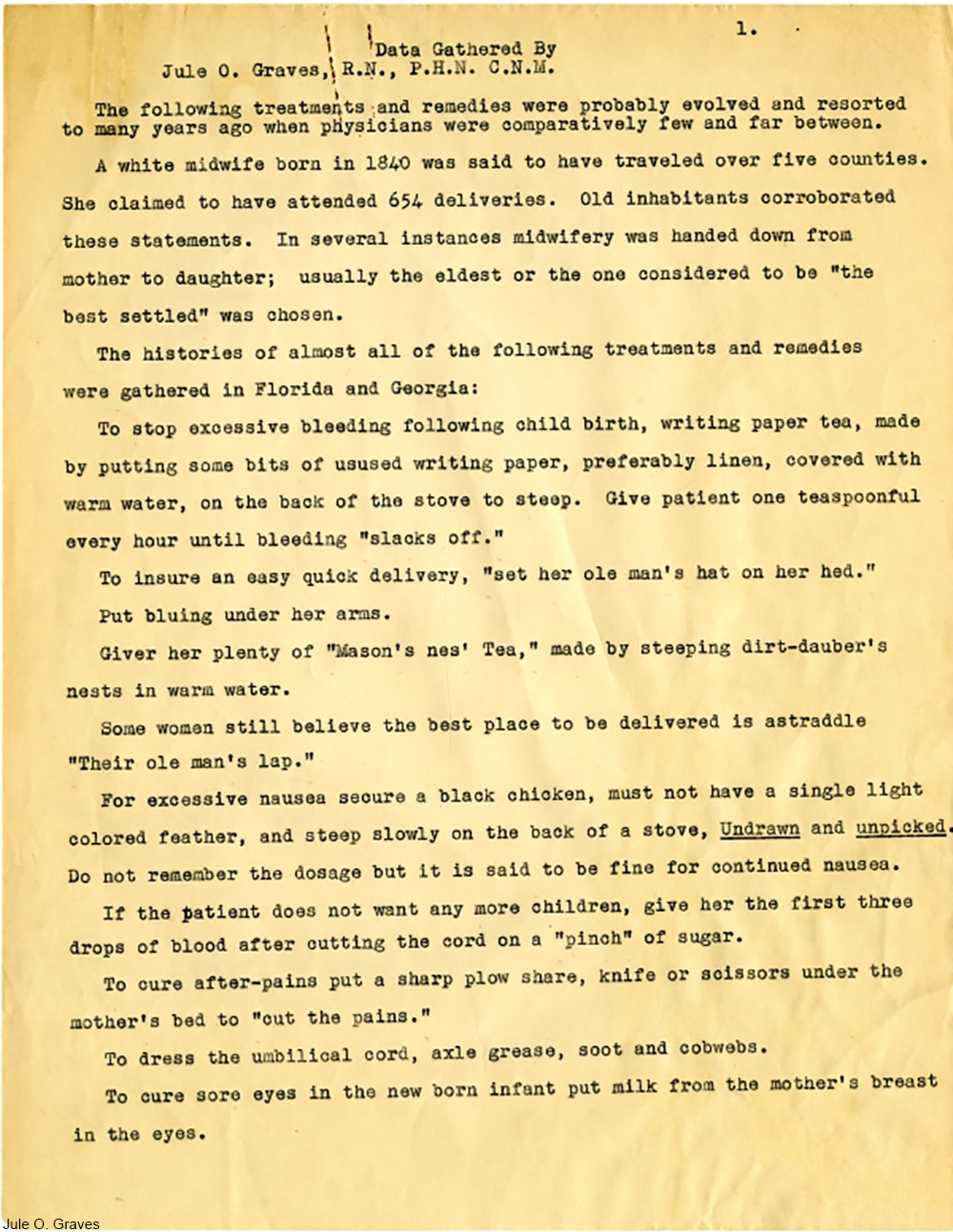 The final cure is for a baby born with sore eyes to have the mother’s breastmilk applied to them. Today of course we would investigate many different types of infection if a child was born with eye problems. But, back then there was little else they could do for a sick baby than use folk remedies on them and hope for the best.