When your parents were young, no one was concerned about foods that cause cancer. The research was very young at the time, but there were also far less processed foods on the market.

People ate healthier and more pure foods, because that was what was available to them.

Today, it seems like doctors link everything to causing cancer – it’s hard to determine what to really stay away from. While you think you may be doing the right thing for your health by drinking diet sodas or low-calorie popcorn, you’re actually eating some of the worst cancer-causing foods out there!

Below are 16 of the biggest carcinogen culprits that you probably eat every day.

While you may be thinking “Everything causes cancer, so why bother changing my diet,” these 16 common food items have been scientifically shown to significantly increase the risk of cancers.

Please SHARE these 16 REALLY BAD foods that you should try to avoid at all costs! 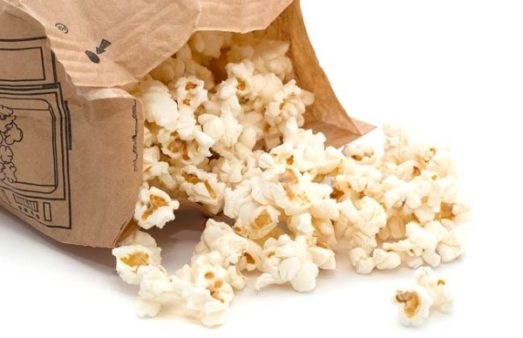 Sure it’s easy to pop a bag of popcorn in the microwave when you want a quick and tasty snack, but is it really worth risking yourself for liver, testicular and pancreatic cancer? The microwave popcorn bags you have in your cabinet are lined with carcinogenic chemicals AND so is a chemical in the popcorn itself, which creates the artificial butter flavor. If you can’t give up your favorite movie-time snack, it’s time to switch to the old-fashioned stove top or a kernel popping machine like you see at movie theaters. 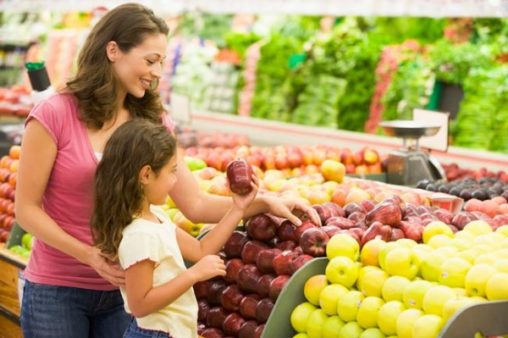 You’re not alone in thinking ALL fruits and vegetables are good for you, but there are actually many dangerous pesticides sprayed on non-organic fruits that are linked to cancer. One example is Altrazine, a weed-killer used at many U.S. farms, but banned in Europe for causing severe problems in humans, such as infertility. Another problem with non-organic farmed produce is the use of toxic fertilizers and hormones used to make fruits and veggies bigger. In case you were wondering, the worst offenders are apples, followed by oranges, strawberries and grapes. ALWAYS wash fruits and veggies to be safe, but know that this doesn’t remove all pesticides. 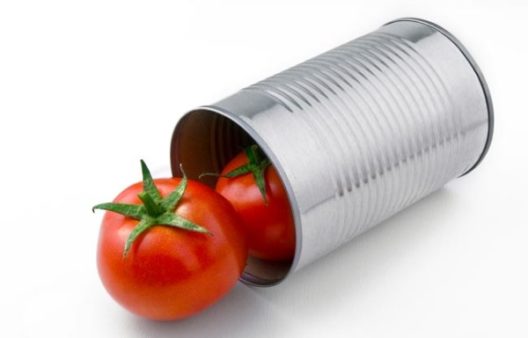 I know what you’re thinking… You’ve likely heard how the nutrient Lycopene in tomatoes lowers cancer risks, but that benefit is completely cancelled out when the lining of canned tomatoes contain chemicals that disrupt hormonal activity in the body. Since tomatoes are so acidic, the chemical BPA actually leeches from the lining into the tomatoes. This toxic chemical has been linked to different cancers, heart disease and reproductive problems. Next time you feel like making a nice red sauce, go with a glass jar or stew the tomatoes yourself. 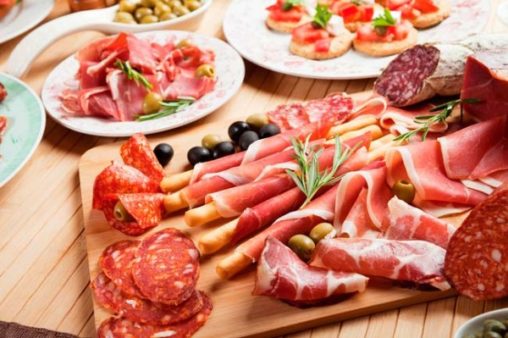 If you’re a carnivore, it may be hard to give up tasty deli sandwiches or cured meats to go with your wine and cheese, but the benefits definitely outweigh the cancerous risk. Processed meats are created with excessive salt and chemicals that damage our health. A study over 13 years showed that 1 out of 17 people died who ate 160 grams of processed meats. That’s 44 percent risk of cancer, as opposed to people who ate 20 grams or less. These meats are so packed with preservatives to look fresh, but they are well-known carcinogens, including the same things found in cigarette smoke. 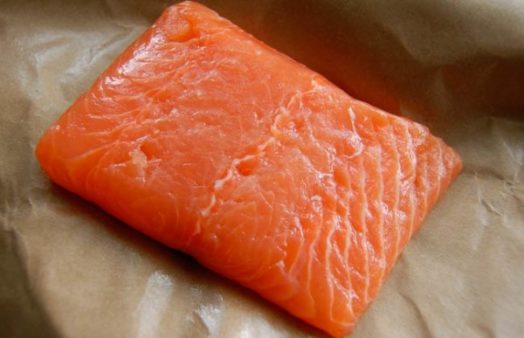 Sure fish, especially salmon, is known as one of the healthiest foods out there, but unfortunately more than 60% of salmon in the U.S. is farm-raised… and could be deadly. Farm-raised fish are fed unnatural diets and contaminated with chemicals, antibiotics, pesticides and other known carcinogens found in materials like asbestos. Farmed salmon is also fattier than fresh salmon, which means it soaks up more toxins. Next time you want a healthy omega-3 packed, treat yourself to fresh Alaskan salmon instead. 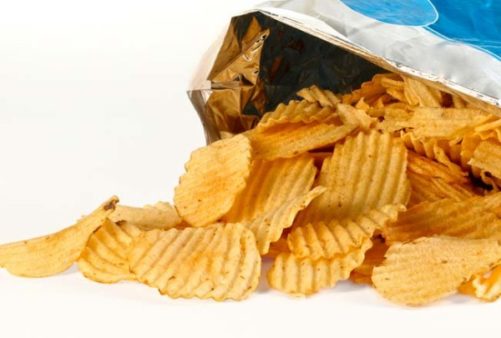 They may be cheap, easy and delicious, but these crispy, addicting snacks can also be deadly. These fatty foods don’t only cause weight gain because of their high trans-fat content, they also have excessive sodium levels, which cause high blood pressure and artificial flavors, preservatives and colors. Another risk is the presence of acrymalide, a known carcinogen found in cigarettes. Try not to feed these quick snacks to yourself or your kids and choose pretzels, air-popped popcorn or baked apple chips instead. 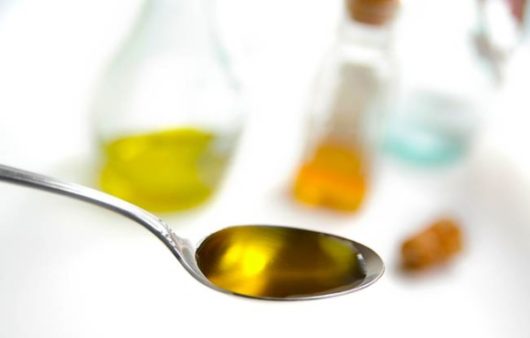 Hydrogenated oils are vegetable oils, which cannot be naturally extracted like olive oil, soy or canola oil, they must be chemically removed. They are commonly used in many foods in your pantry to preserve and keep their shelf life, yet they are also linked to cancer, birth defects, heart disease and many other fatalities. NEVER cook with hydrogenated oils and check your labels for healthy oils like olive, soy and canola instead. 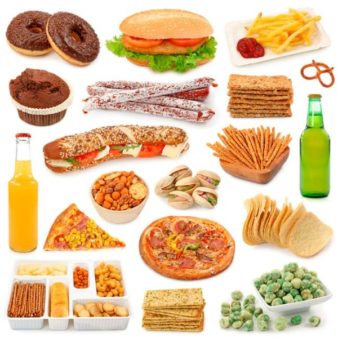 They may be delicious, but many salty, pickled and smoked foods are processed with the preservative nitrate, which changes in our bodies to N-nitroso composites, which are associate with high cancer-developing risks. Smoked foods like meat or nuts absorb the smoke, which contains the same tar found in cigarettes. Colorectal and stomach cancer are linked to salty, pickled and smoked foods. Do you have a taste for these cravable foods now?! 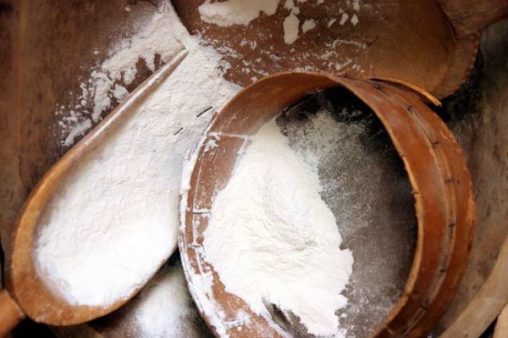 Oprah famously lost a lot of weight by cutting out anything white, especially the big culprit – white flour. You may have heard it’s bad for you, but you probably don’t realize that chemically-bleaching flour with chlorine gas kills all of it’s healthy nutrients. Chlorine gas can be deadly when inhaled, so why would we want it in our dinner? White flour also contains a high glycemic rate, which raises blood sugar and insulin levels and can directly cause diabetes. Cancerous tumors feed on sugar in the bloodstream, so by avoiding refined grains like processed white flour, you can avoid or starve deadly tumors. 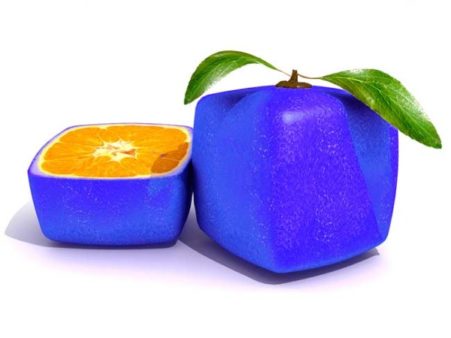 You may have heard the term GMO, but you’re not alone in not fully understanding the dangers of genetically modified organisms. Why would anyone want to eat something that sounds like that, right?! WRONG! After GMO’s were introduced in 1996, Americans with 3 or more chronic illnesses jumped from 7 to 13% in just 9 years. Allergies skyrocketed and so did Autism in children, reproductive and digestion problems. GM vegetables fed to rats caused development of horrifying tumors. One of the biggest culprits was GM bovine growth hormone found in milk. Stay away from these silent killers and choose certified organic, non-GMO verified and locally-grown foods that are produced without biotechnology. You’ll be thankful you did later on in life. 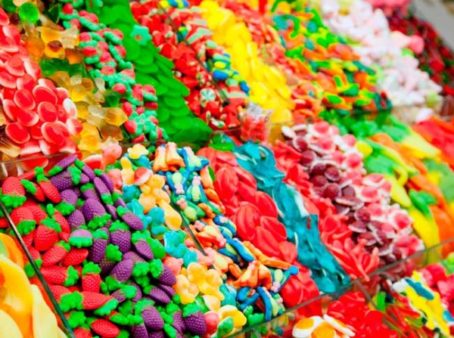 Cancer cells LOVE refined sugars, which spike insulin levels and and promote cancer growth. High-fructose corn syrup is considered the worst offender and it’s found in any sweet you can think of. It’s been known for a long time that cancer cells feed off of sugar, so with so many people addicted to sugary treats, it’s no wonder why cancer rates have skyrocketed. 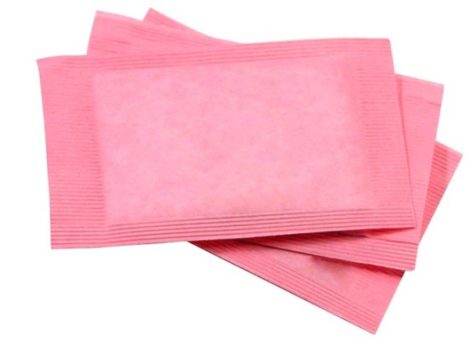 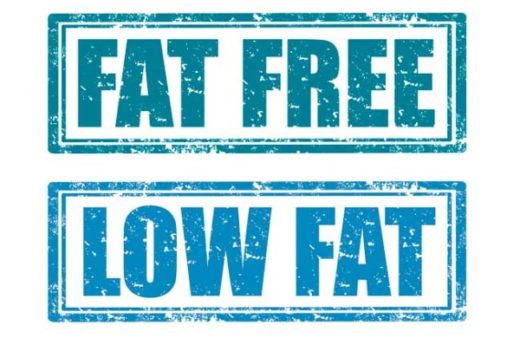 You may be thinking you’re doing the right thing when choosing a food with a “diet” or “low-fat” label, but you’re actually doing way more harm than good. Chemical artificial sweetener aspartame, again, is the big culprit, causing cancer, birth defects and heart problems. Think about it – anything “diet” is chemically processed and not REAL food. These foods also contain additives like ones found in cocaine to make you feel good, but also be addicting. Be smart and eat nature’s delicious, natural foods – organic only, of course!

Alcohol use is the second leading cause of cancer, right behind tobacco use. While a moderate or low consumption of alcohol can be healthy and lead to a reduced risk of heart disease, excessive drinking is known to cause heart failure, stroke, and sudden death. Excessive alcohol use is the biggest cause of mouth, esophagus, liver, colon, mouth, rectum and breast cancers. Don’t worry! You don’t need to give up your glass of wine with dinner, but, for your health’s sake, stick to one. 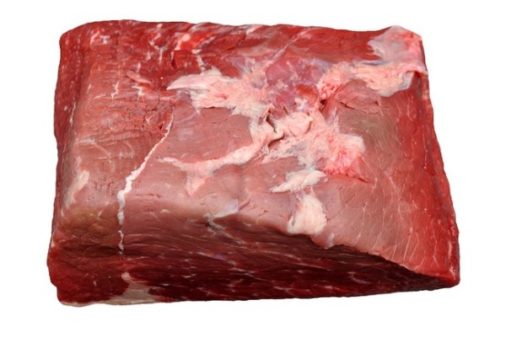 If you love a delicious steak now and then, don’t worry! Red meat is actually a good thing in your diet in small doses, but only if it’s grass-fed beef, which can actually help fight certain cancers. However, people who eat meat like hamburgers every day have a greater risk in developing deadly cancers, upping their risk to 22% in men and 20% in women. Red meat is particularly good at causing colon cancer. So, enjoy your steak dinner now and then, but don’t do it every night of the week and when you do crave red meat, stick to grass-fed, organic beef. 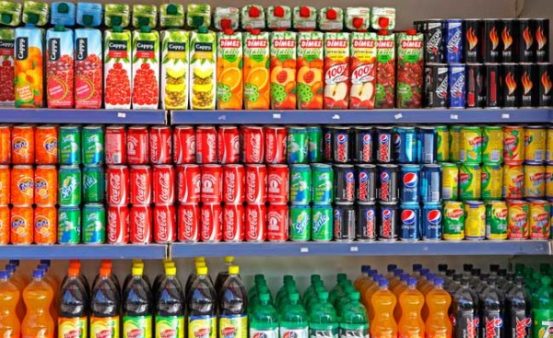 Soft drinks, soda, pop… no matter what you call it, it’s still detrimental to your health! Soda is packed full of calories, sugar and artificial ingredients, and has ZERO nutritional benefit. One can of soda contains about ten packets of sugar and most popular diet and sugared sodas are nearly as corrosive to dental enamel as battery acid. Think the occasional soda won’t hurt? Studies have shown that only drinking two sodas per week nearly doubles the risk of pancreatic cancer. There are plenty of alternatives out there, so next time you’re craving something sweet, think about what you’re putting into your body. Your health is an investment, never forget that!