Dating advice in the years before women were all clear to ask men out (and before going Dutch was normal) can sound like it was written in another world completely. The dating situation today is much different and women have fewer concerns over asking a man out for a date. On the other end of the spectrum, many single ladies today are perfectly happy remaining that way. The imperative to get married isn’t what it once was. The number of professional women who earn good money is on the rise, unlike in the 1950s when many companies could and would pass over women for jobs and promotions based solely on their sex. Because it was such a different world for women financially, the dating advice that women got back then can seem completely foreign to women today. 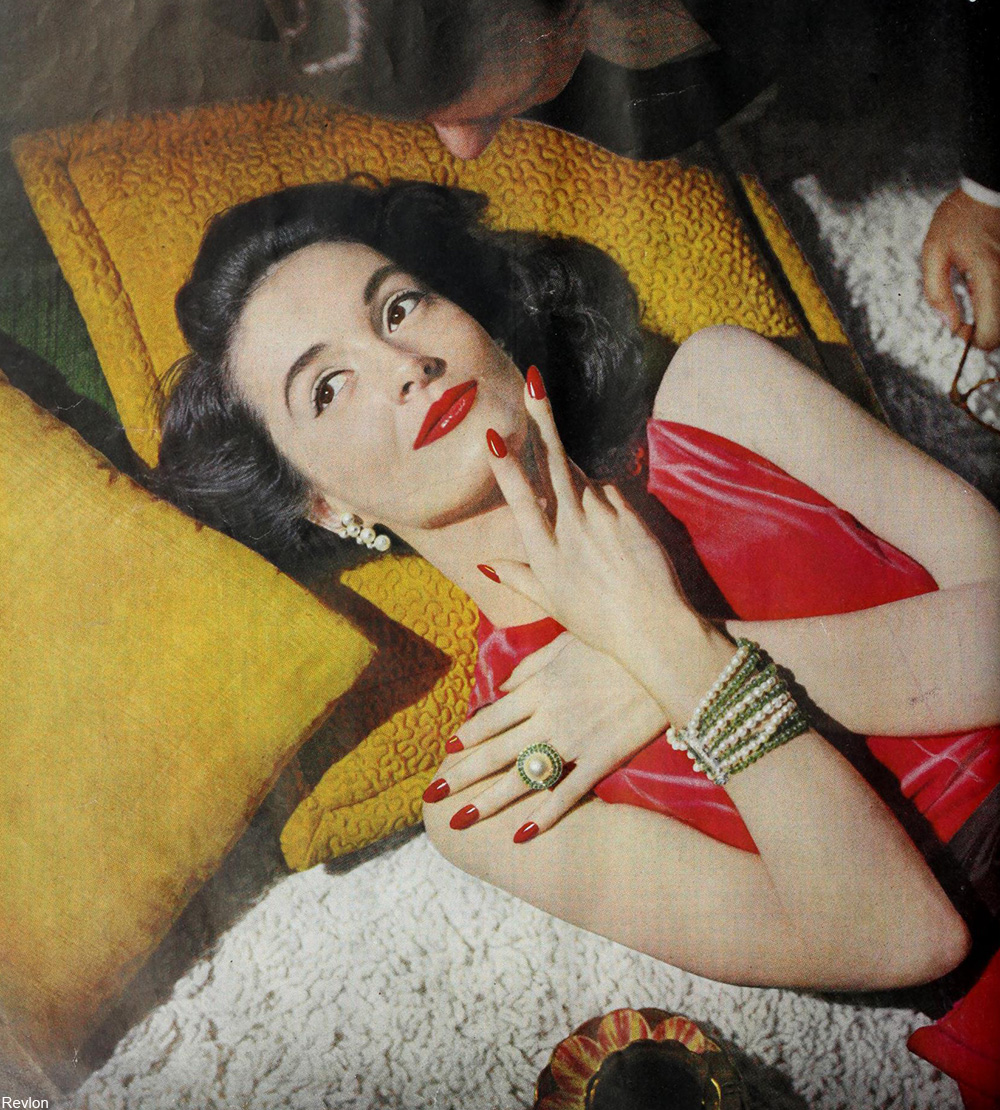 An article from a 1958 issue of McCall’s was titled “129 Ways to Get a Husband” and featured advice from a panel of men and women who were brainstorming on the subject. What they came up with would be unprintable these days!

Some of the advice is about how to meet men, but most of the tips center around drawing attention to oneself and hoping a fellow takes the bait. What a different world it was back then!

The article went viral when it was shared publicly on Facebook by Kim Marx-Kuczynski who had picked up a copy and found the man-catching “tips” to be quite humorous (and a little puzzling).

The article is broken up into sections: where to find him, how to let him know you’re there, how to look good to him, how to land him, and wild ideas-anything goes. Just from the sub-headers you can tell this advice is going to be interesting!

Where to Find Him

2. Have your car break down at strategic places.

5. Look in the census for places with the most single men, Nevada has 125 males for every 100 females.

7. Take up golf and go to different golf courses.

8. Take several short vacations at different places rather than one long one at one place.

9. Sit on a park bench and feed the pigeons.

10. Take a bicycle trip through Europe.

12. Become a nurse or an airline stewardess- they have very high marriage rates.

13. Ask your friends’ husbands who the eligible men are in their offices.

14. Be nice to everybody- they may have an eligible brother or son.

15. Get a government job overseas.

17. Be friendly to ugly men- handsome is as handsome does. 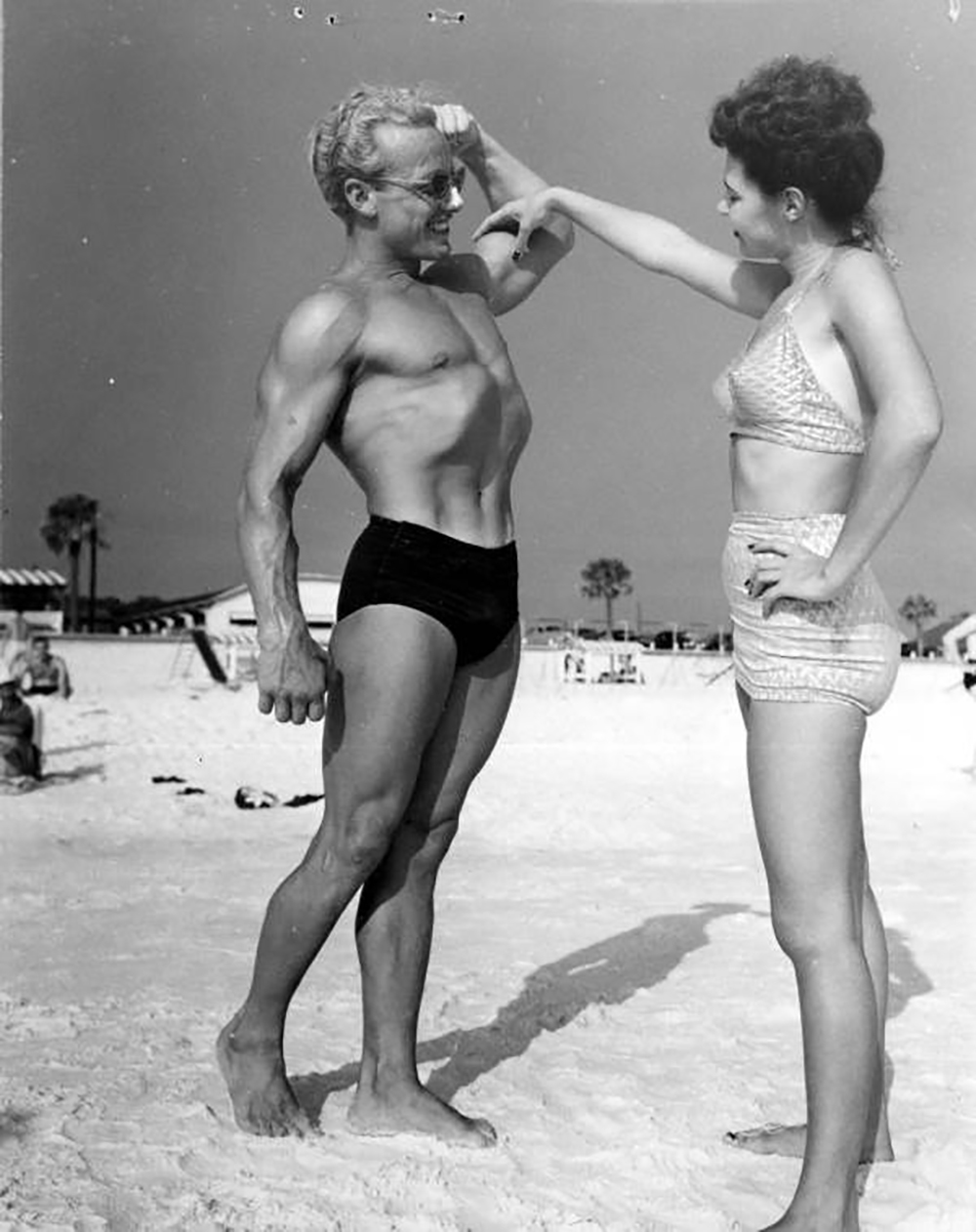 18. Tell your friends that you are interested in getting married. Don’t keep it a secret.

19. Get lost at football games.

20. Don’t take a job in a company run largely by women.

21. Get a job demonstrating fishing tackle in a sporting goods store.

23. Go to all reunions of your high school or college class. There may be widowers there.

24. Don’t be afraid to associate with more attractive girls: they may have some leftovers.

25. Go back to your home town for a visit- the wild kid next door may have become a very eligible bachelor while you were away.

26. Don’t room with a girl who is a sad sack and let her pull you down to her level.

27. Get a part-time job in a convention bureau.

28. Change apartments from time to time.

29. When traveling, stay a small hotels where it is easier to meet strangers.

30. Learn to paint. Set up easel outside engineering school.

Even before we’ve gotten to the juiciest bits there’s a lot to unpack here. The advice centers on the men- doing what they like even if the woman wasn’t so into it. Don’t like football games, golf, or hiking? Too bad because that’s where the men are…apparently. Also, if you want to work at a ladies’ magazine you won’t find many men there so maybe give up on your dreams. But, if you hang out with pretty girls then they might throw you their scraps- how delightful! 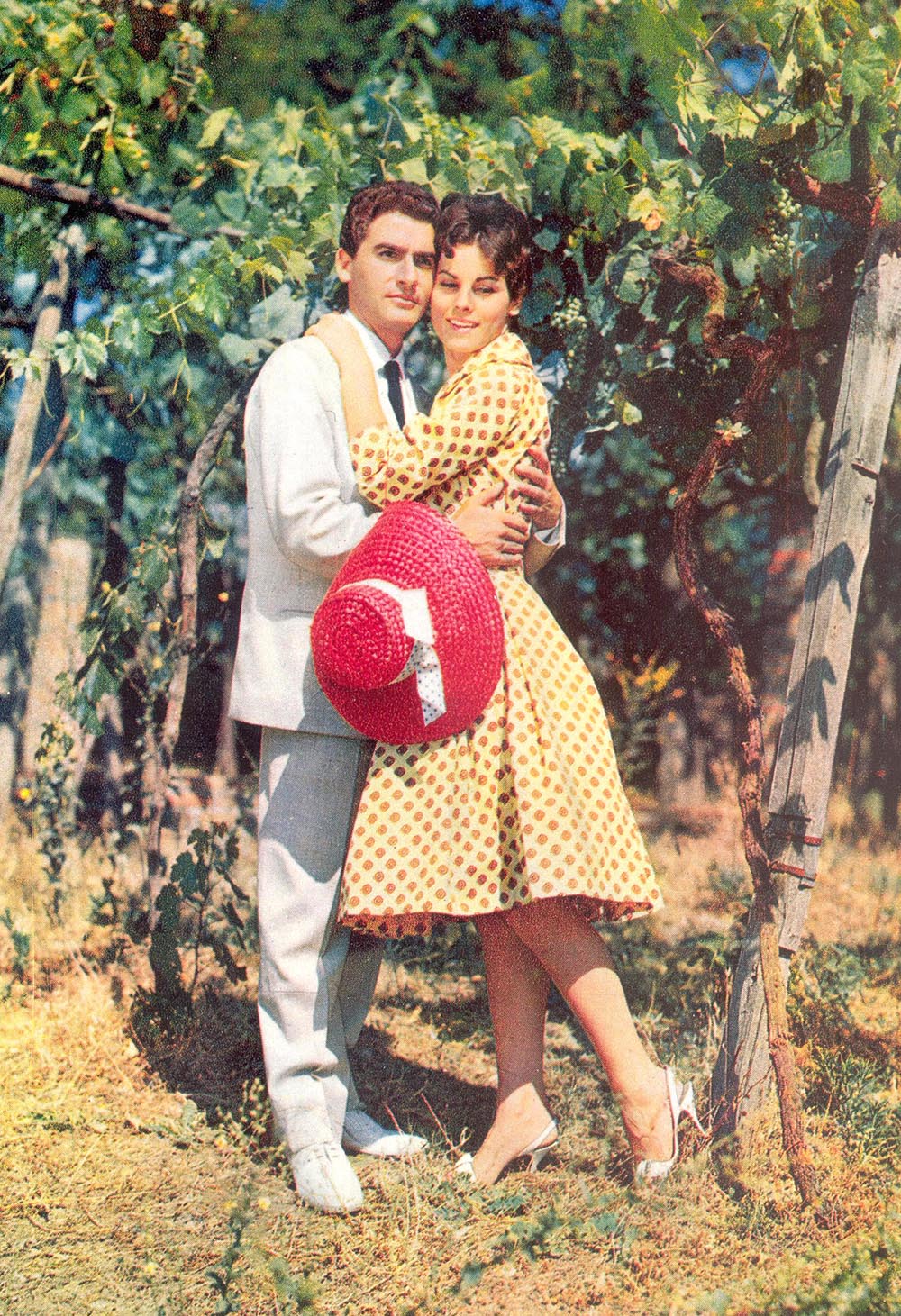 How to Let him Know You’re There

31. Stumble when you walk into a room that he’s in.

32. Forget discretion every once in a while and call him him.

36. Learn several funny stories and learn to tell them well- but make sure you don’t tell them to him more than once.

37. Walk up to him and tell him you need some advice.

39. Have your father buy some theater tickets that have to be got rid of.

40. Stand in a corner and cry softly.

41. Don’t let him fish for your name the next time you meet. None of this “guess who” stuff.

42. If you’re at a resort have the bellboy page you.

43. Buy a convertible. Men like to ride in them. 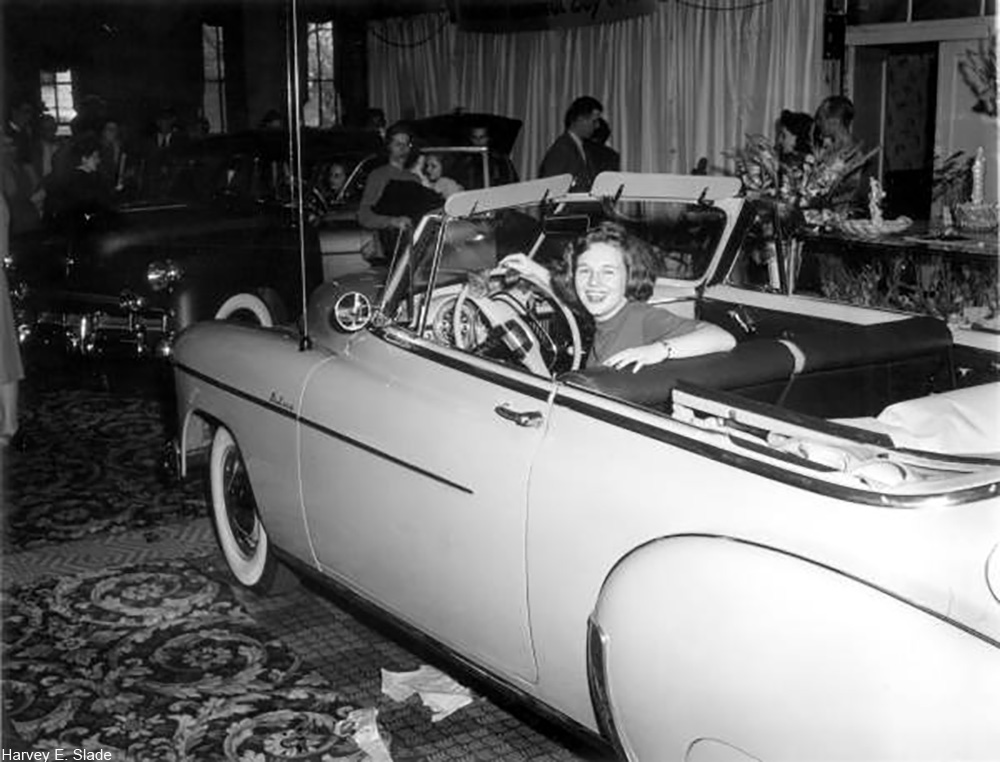 44. Learn how to bake tasty apple pies. Bring one in to the office and let the eligible bachelors taste it.

46. If there’s a wallflower among the men you know, why not cultivate him? For all you know, he may be a diamond in the rough.

47. Accidentally have your purse fly open, scattering its contents all over the street.

Stumble, wear bandages when you don’t need them, drop things- it’s all part of the game and he’ll find you incredibly graceful, right?. Also, since when has crying ever been a good dating strategy? It’s also amazing the simple things you overlook when trying to find a mate, like making a lot money. If only we’d thought of that idea!
Aside from that, shameless attempts at getting attention surely can’t backfire at all. Honestly, so far these tips are like the plot of every romantic movie made between 1935 and 1965.

How to Look Good to Him

48. Men like to think they’re authorities on perfume. Ask his advice on what kind you should wear.

50. Practice your drinking with your women friends first.

52. Wear high heels most of the time- they’re sexier.

53. Unless he happens to be shorter than you are!

55. Take good care of your health. Men don’t like girls who are ill.

56. If you look good in sweaters, wear one on the third date.

57. Dress differently from the other girls in the office.

61. When you are with him, order your steak rare. 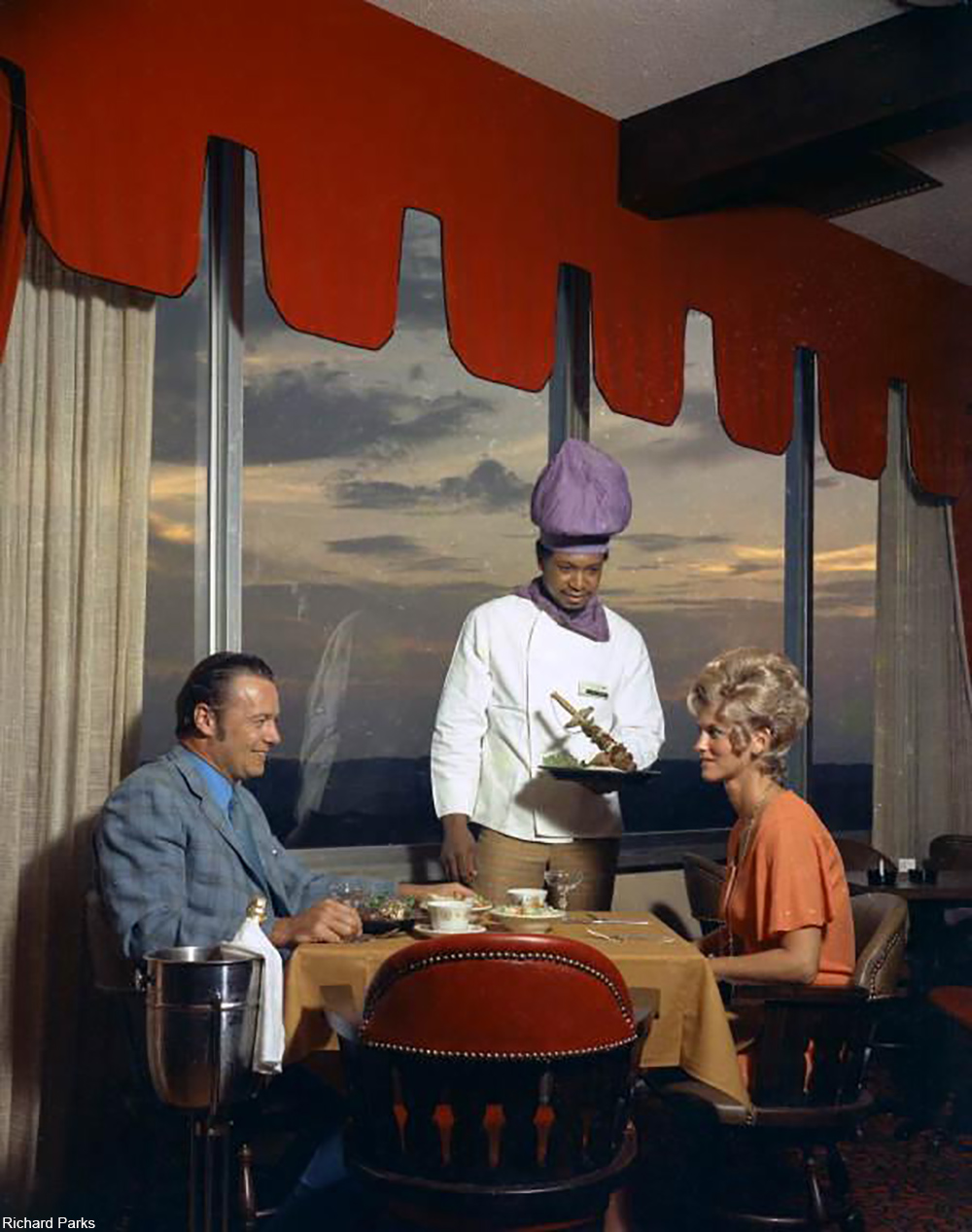 62. Don’t tell him about your allergies.

63. European women use their eyes to good advantage. Practice in front of a mirror.

64. Buy a full-length mirror and take a good look before you go to greet him.

65. Change the shade of your stockings and be sure to keep the seams straight!

66. Get that fresh-scrubbed look by scrubbing!

67. If he has bought you any trinket or accessory, wear it.

68. Use the ashtray; don’t crush out cigarettes in coffee cups!

69. Polish up on making introductions; learn to do them gracefully.

71. Stick to your moral standards.

72. Don’t whine- girls who whine stay on the vine!

About the only good advice in this section is to stick to your morals- which of course you should always do. Wearing high heels, going on diets, flattering men, and ditching your glasses: maybe not so much. Those are such personal decisions. To think that you’d be expected to just throw your own opinions out the window is shocking in today’s world.

How to Land Him

73. Show him you can have fun on a cheap date- but don’t overdo it.

74. Don’t let your parents treat him like a potential husband.

75. Ask your parents to disappear when you’re entertaining!

76. Double-date with a gay, happily married couple- let him see what it’s like!

77. Tell his friends nice things about him.

78. Send his mother a birthday card.

79. Ask his mother for her recipes.

80. Talk to his father about business and agree that taxes are too high!

82. On the first date tell him you aren’t thinking of getting married.

83. Don’t talk about how many children you want.

84. If he’s a fisherman, learn to scale and clean fish.

85. Don’t tell hime everything about yourself at the start. Hold something in reserve.

86. When you’re out strolling with him, don’t stop at every shopwindow.

87. Don’t tell him how much your clothes cost.

88. Learn to sew and wear something you have made yourself.

90. Never let him know he’s the only one, even if you have to stay at home one or two nights a week.

92. Very early in your dating, why not get a favorite song that you both regard as your own? 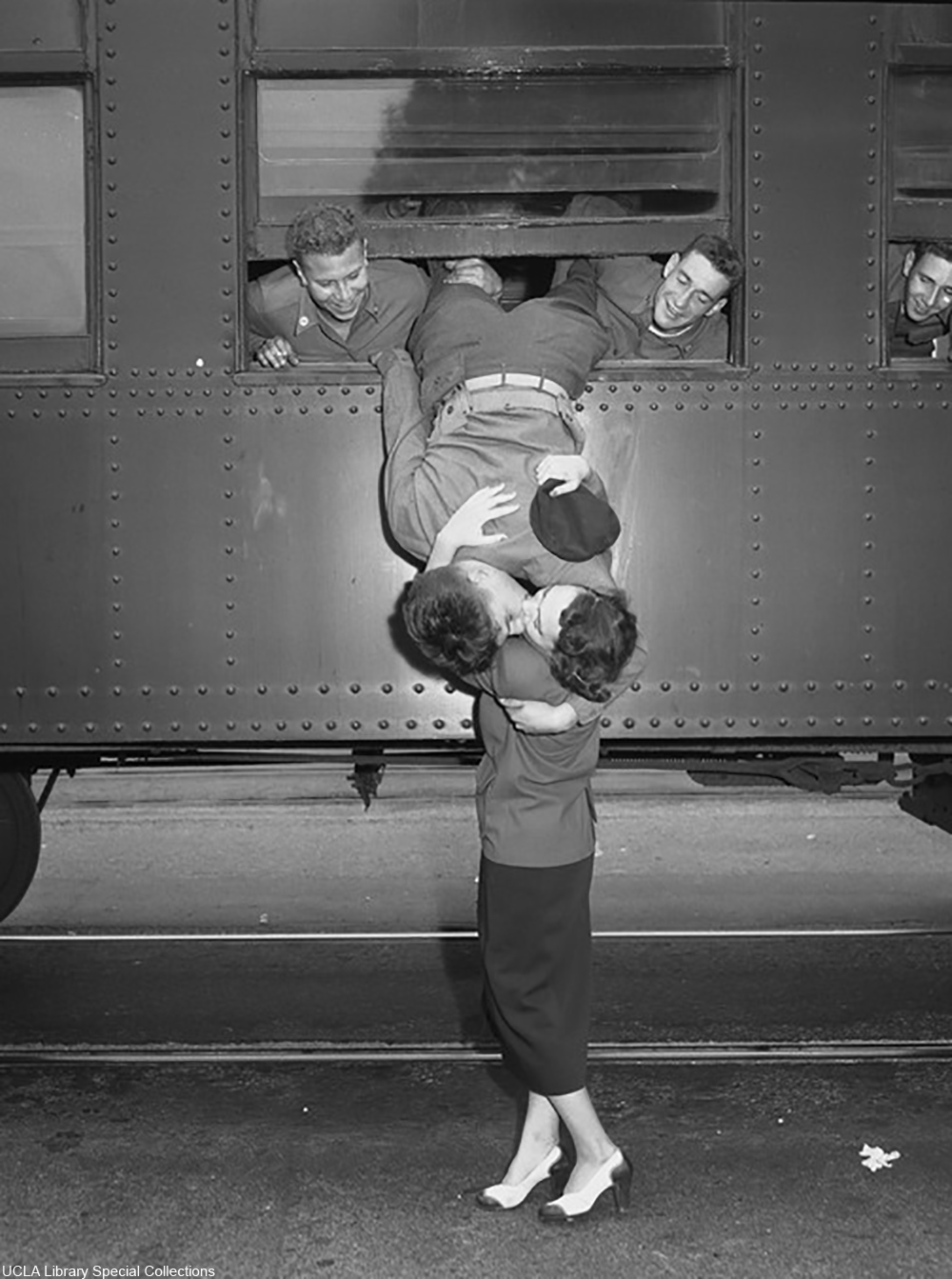 93. Find out about the girls he hasn’t married. Don’t repeat the mistakes they made.

95. If you are widowed or divorced, don’t constantly discuss your former husband.

96. Be flexible. If he decides to skip the dance and go rowing on the lake, go– even if you are wearing your best evening gown.

97. Hide your Phi Beta Kappa key if you own one- later on junior can play with it.

98. Turn wolves into husband material by assuming they have honor.

99. Resist the urge to make him over- before marriage that it!

100. Learn where to draw the line- but do it gracefully.

101. Remain innocent but not ignorant.

104. If he’s rich, tell him you like his money- the honesty will intrigue him.

105. Never let him believe your career is more important than marriage.

106. Buy him an amusing or particularly appropriate present every once in a while. But don’t make it too expensive.

107. Clip and mail him a funny cartoon that means something to both of you.

109. Stop being a mama’s girl- don’t let him think he’ll have in-law trouble, even if you know he will.

110. Point out to him that the death rate of single men is twice that of married men.

A man who whistles at women likely doesn’t have any honor to begin with, so #98 is just plain bad advice. We also have to wonder if advice like this is the reason why women got a bad wrap for so many years as mantraps. Other tips about hiding who you are and what your family is like, your goals and aspirations and even how many kids you’d like, it’s not a good way to start an honest relationship. 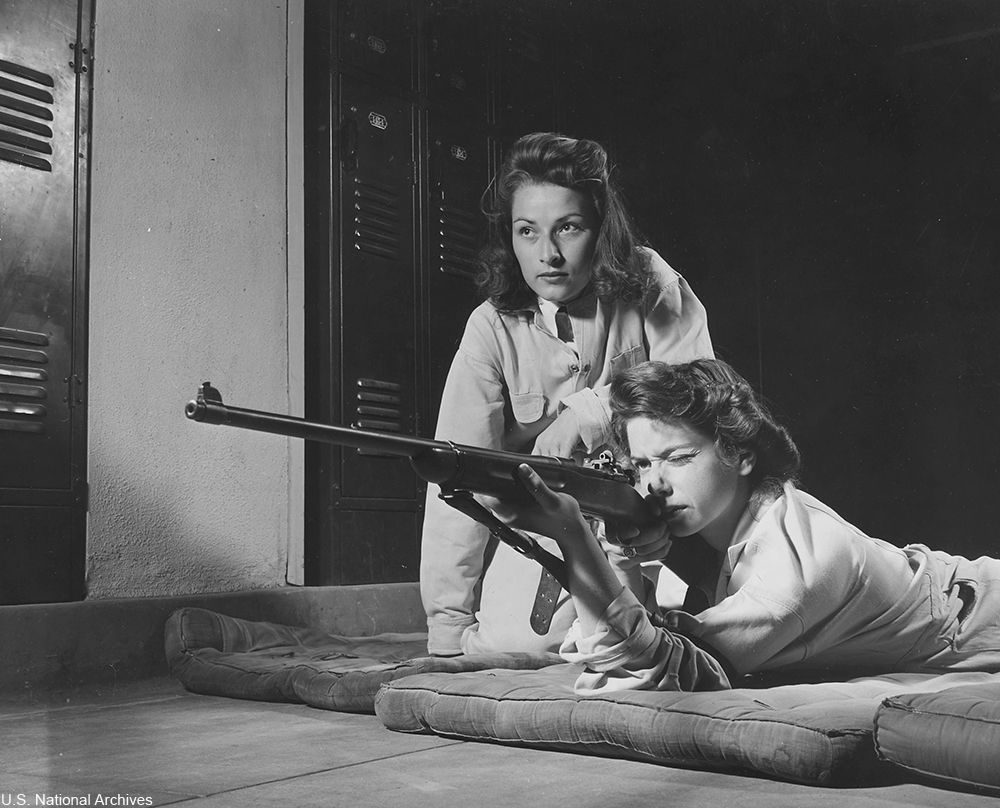 115. Rent a billboard and post your picture and telephone number on it.

116. Paint your name and number on the roofs and say “give me a buzz, pilots.”

117. Start with a whispering campaign on how sought after you are.

118. Sink at a fashionable bench at high noon!

120. Bride Ferris-wheel operators to get you stuck on the top of a Ferris wheel.

121. Stand on a bust street corner with a lasso.

122. Carry a camera and ask strange, handsome men if they would mind snapping your picture.

123. Ask your mother to take in male boarders.

127. Carry a tow chain in the trunk of your automobile.

128. Let is be known in your office that you have a button box and sew on bachelor’s buttons.

129. Don’t marry hime if he has too many loose buttons.

It’s clear that this last section is tongue-in-cheek, but we aren’t sure the rest of the advice wasn’t completely serious.

What’s your opinion of these husband-catching tips? Do they seem outdated to you?