In the 1910s, women’s sportswear was rather formal when compared with today’s workout clothes. Because there was concern over women becoming “too masculine” doing men’s sports, much of women’s sportswear looked like their regular clothing, including short high heeled shoes for sports like tennis. 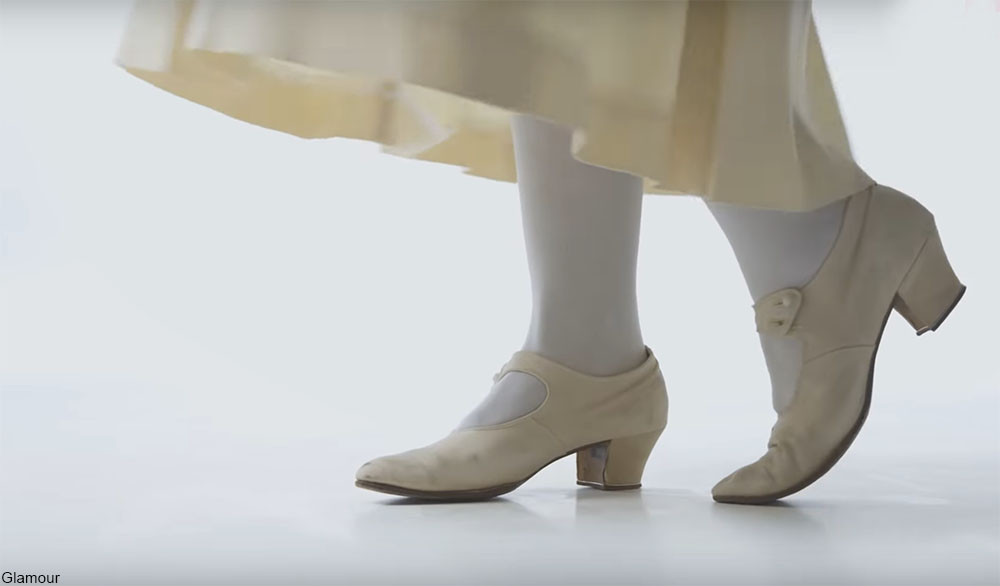 In the 1920s the rubber sole saddle shoes first came on the scene, replacing leather soled shoes in many sport and leisure activities. For both men and women this would remain a staple casual wear shoe well into the 1970s. 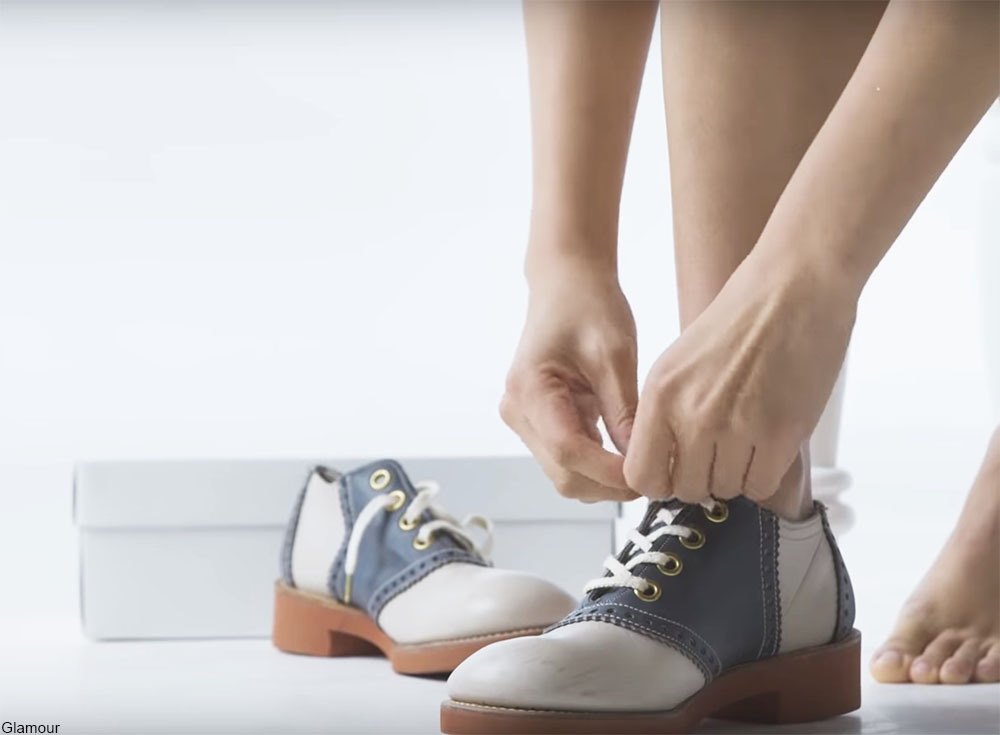 The 1940s saw women like the players of the All American Girls Baseball League wearing plain, black oxfords during games. Factory women also wore them to work where heels and shoes that could spark were big no-nos. 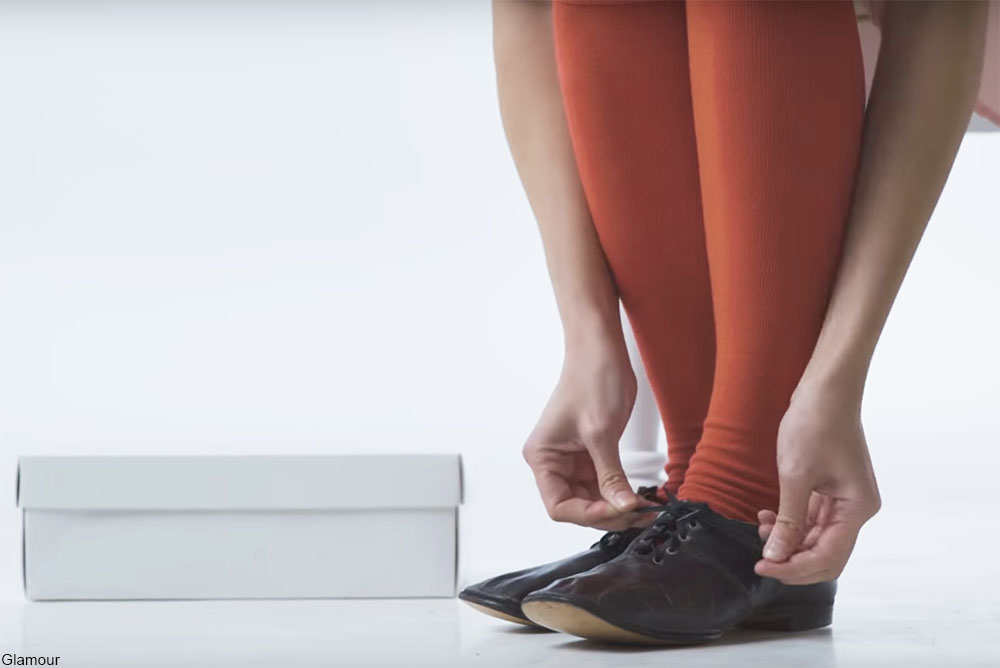 After World War II ended, rubber sole tennis shoes became all the rage with brands like Keds and Vans later becoming huge sellers with the younger crowd. They continue to be popular to this day.

During the 1960s New Balance created shoes specially for track and field and thus running shoes became a thing. Although the brand had been in business making arch support inserts since 1906, this was the beginning of their shoe production.

In the 1970s brands like Converse, Nike, and Puma came to dominate the market and sneakers became a fashion statement instead of a purely utilitarian footwear. 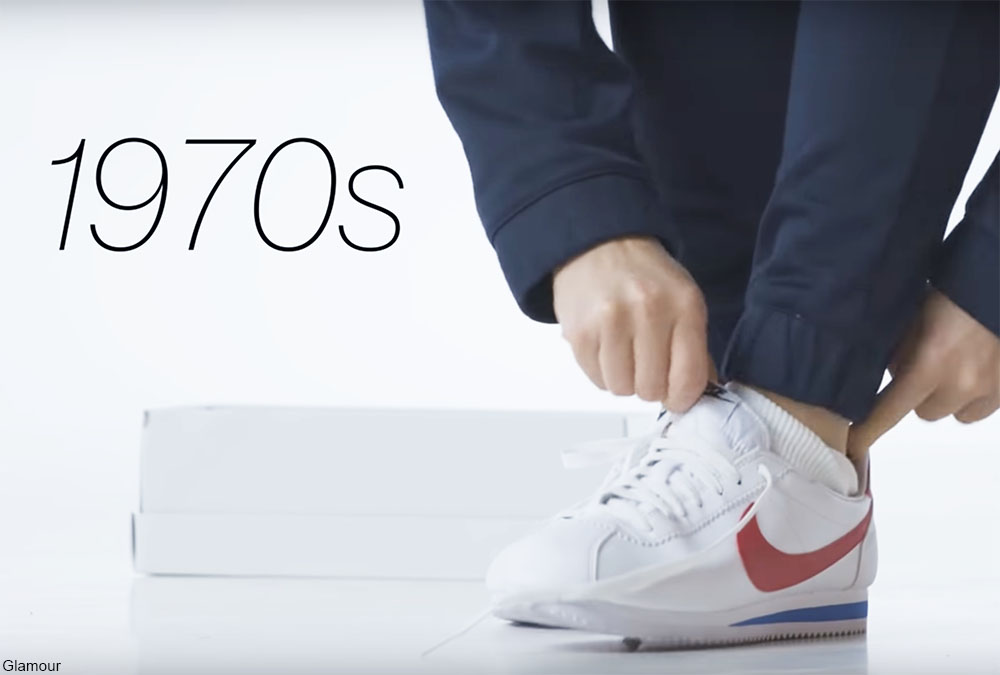 The 1980s hightop sneakers became an iconic look after Jane Fonda wore them in the film, Working Girl. Worn with pegged jeans, leggings and leg warmers, or even with dresses, they became the most-worn women’s sneakers of the decade. 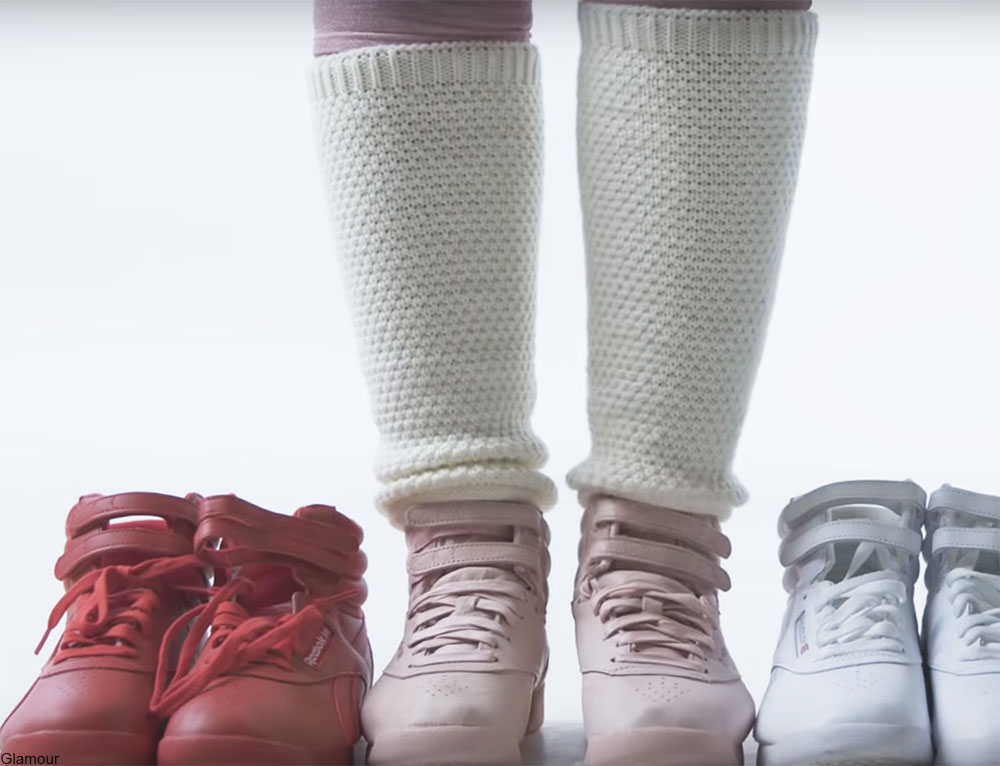 Since then everything from wedge sneakers to holographic sneakers to clear sneakers have been produced. Now, this once informal footwear has become a staple in nearly everyone’s wardrobe. Think how uncomfortable we’d all be if that wasn’t the case!

Have a look at 100 years of sneakers in the video below.