How Kitchens Have Evolved Over The Last 100 Years

Kitchen design trends come and go – some we love, and others… well, let’s just say we aren’t sad that they went away. The idea of the kitchen – a separate room in the house designed specifically for cooking and storing food, originally came about in 1869, after Catherine and Harriet Stowe published The American Woman’s Home.

The book had a layout design for a kitchen and suggestions on how to organize everything. However, the idea of a kitchen wasn’t embraced until stovetops became the norm in American households, around 1900. 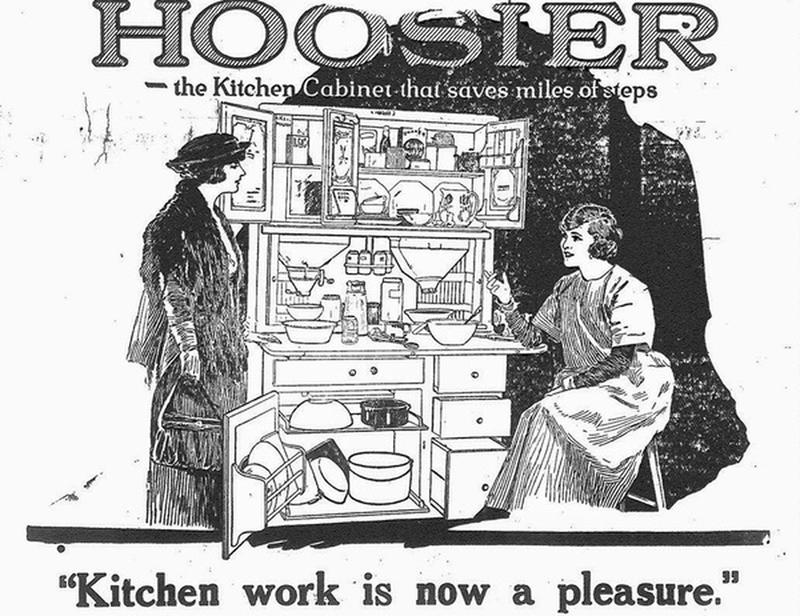 The first kitchen innovation was the Hoosier cabinet. Since people were living in smaller homes, organization, and efficiency were key. These cabinets provided storage space as well as additional counter space. This was the epitome of “A place for everything, and everything in its place.” 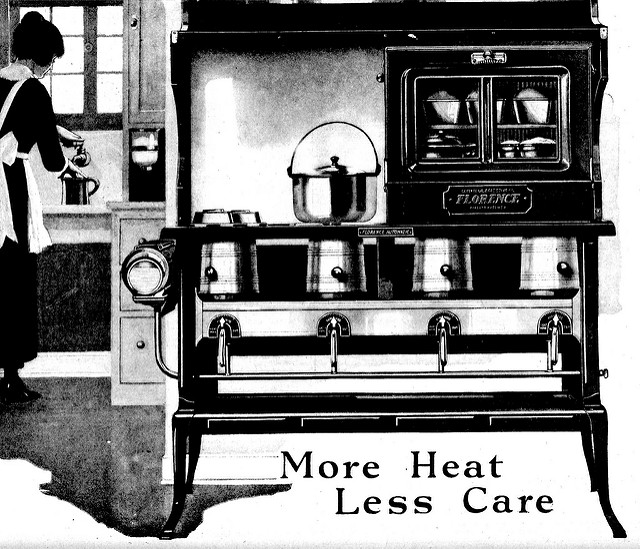 Aside from the classic Hoosier cabinets, stoves were becoming the norm around the American household. The first few commercial models were big, bulky, and heavy, but they got the job done. The multiple burners were a huge breakthrough and allowed for multi-tasking in the kitchen. 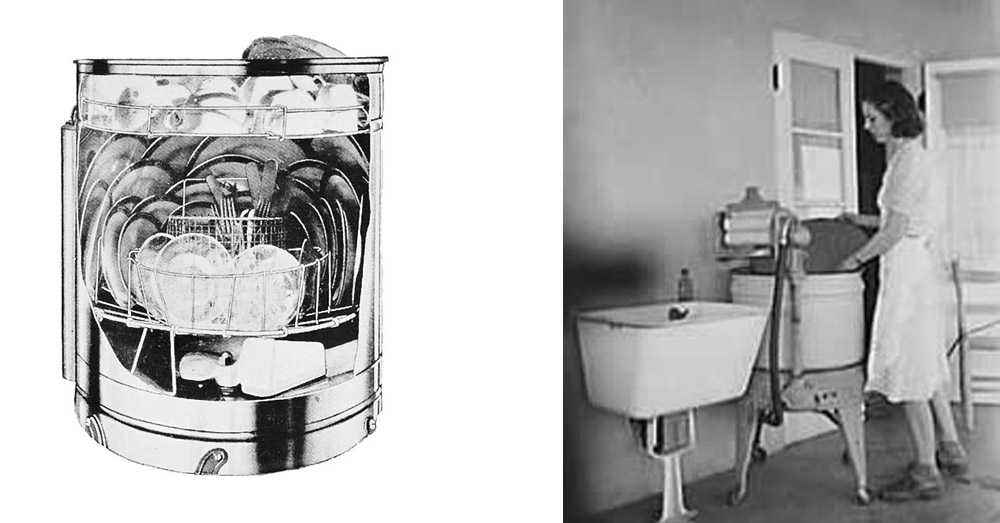 “Cleaning Machines” were all the rage in the 1920s. They promised to deliver us from the awful, time-consuming task of cleaning the dishes. They cost a pretty penny, especially the early models. An ad in House Beautiful encouraged readers to tell their husbands that he’d have a happier life with a happier wife – and of course, the key to that happiness was a life free from “the curse of dish-washing drudgery. Other kitchen appliances popped up in the 1920s, like waffle irons and toasters. 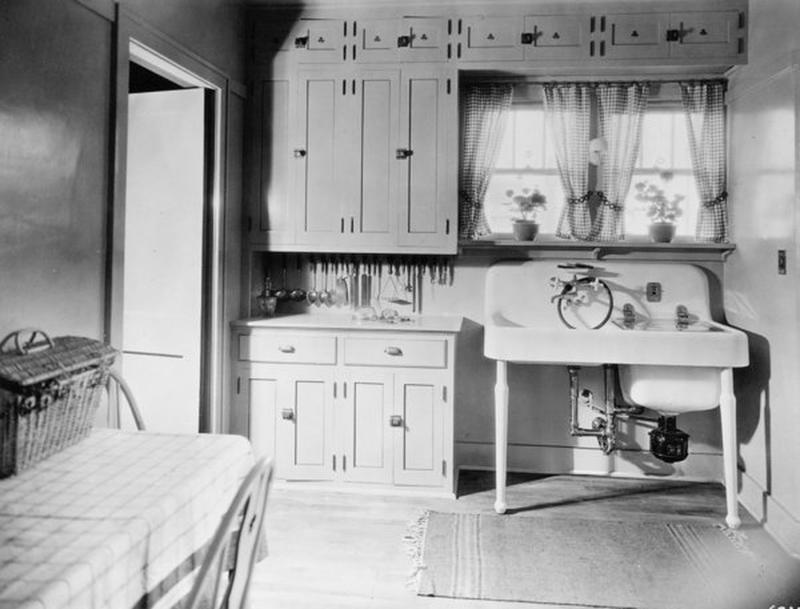 By the 1920s, kitchen decor and design were moving away from standalone pieces and towards built-in units. This included built-in cabinetry, built-in counters, and a much smaller sink – accommodate for the extra counter space. Linoleum became the preferred flooring as it was easy to clean. 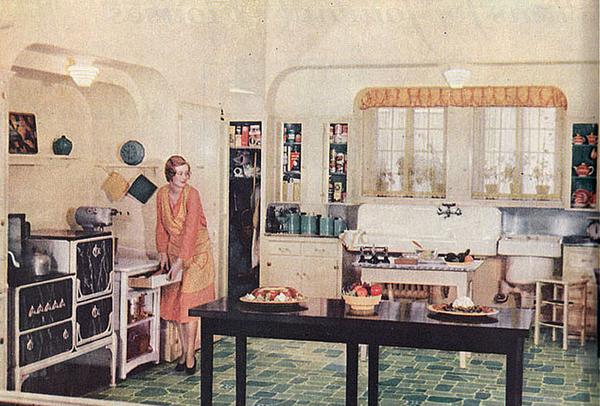 Kitchen designs really came to life in the 1930s. The trend moved from a utilitarian white and orderly design to a more colorful and cheerful palette. The most popular color scheme of the 1930s was green, yellow, and blue. Some of this need for color came from the difficult time in the country. The Great Depression took a toll on most Americans, and they needed some added color to lighten the mood. We see this reflected in other areas of fashion and design. 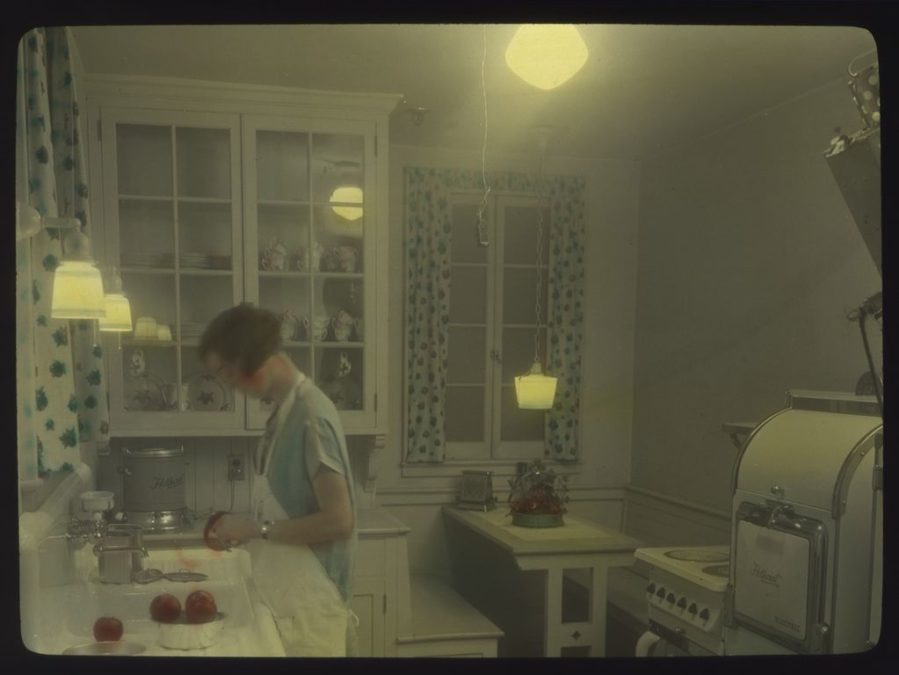 Because of the Great Depression, people needed to be more efficient when it came to saving money and making things stretch. More and more homes moved to gas stoves, and the stoves themselves became smaller and more efficient. Another trend in the kitchen was “self-cleaning” surfaces – which really just meant they were easier to wipe down. 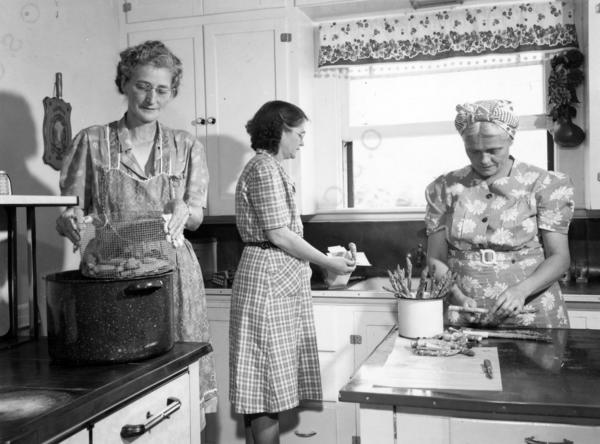 World War II marked the beginning of the 1940s, and what better way to show your patriotism than decking out your kitchen in all things red, white, and blue? Aside from the American flag and other classic Americana decor, kitchens in the 40s had both sharp edges and completely curved pieces. 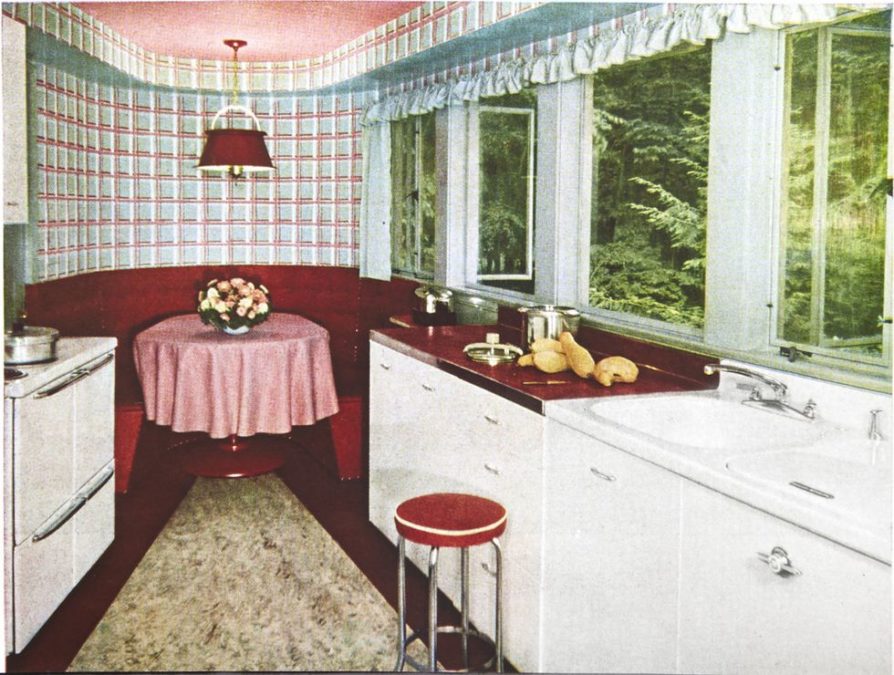 Another innovation from the 40s was the eat-in kitchen. Sure, it wasn’t the first time little dine-in nooks were found in kitchens – they have been around since the 20s, but those were small and uncomfortable. The eat-in kitchens of the 40s were comfortable and more than able to accommodate the whole family for casual meals. 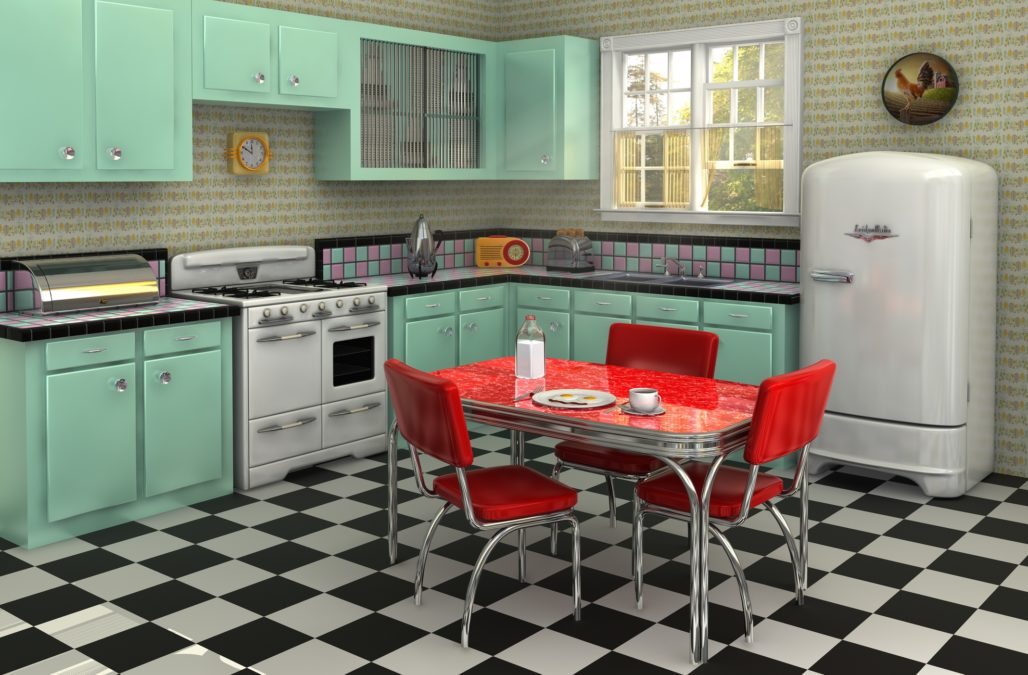 With the war over, everyone was home and happy and ready to express their joy with a colorful kitchen palette. The most popular items of this decade were turqoise refrigerators, yellow cabinets, stainless steel countertops, and pink built-in ranges. 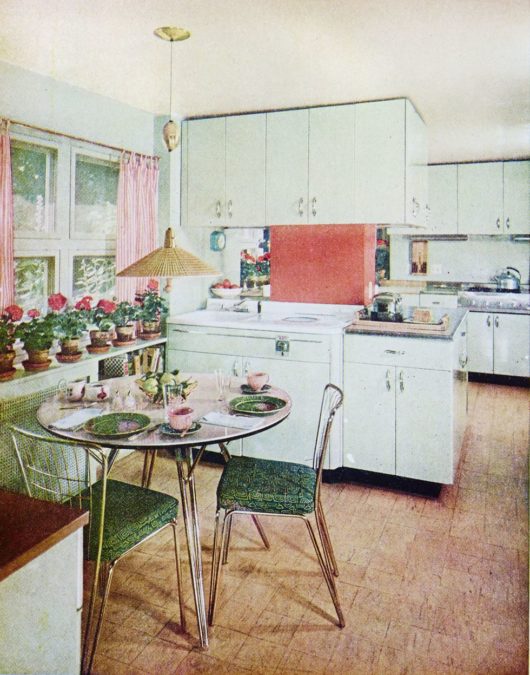 Another trend that started in the 50s that we still carry with us today, is the open floor plan concept. Mid-century homes bosted of the “boundary-less” designs that combined a lot of functions into one space.