We love shopping at thrift stores and garage sales for so many reasons. There are great deals, fun and funky finds, and every once in a while, we spot something that we know is worth more than its price tag. If you like thrift store shopping as much as we do, then this list is for you! These are the top 10 thrift store finds that made people rich. 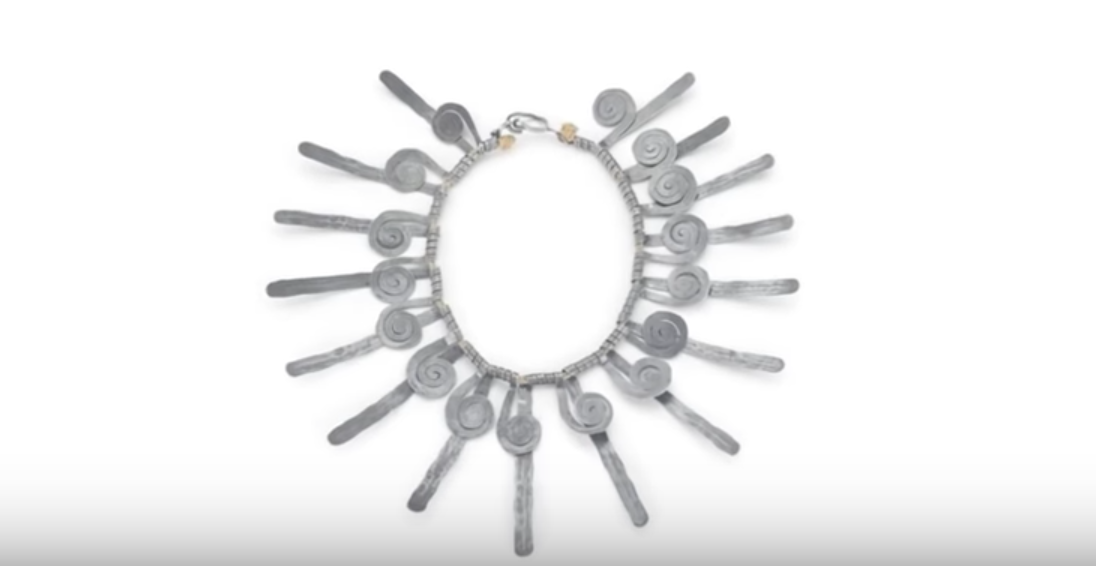 This beauty was found at a flea market in Pennsylvania. The buyer, Norma Eiffel, paid $10 for the unique necklace, not knowing it was Calder original. She said she wore it a few times over the years, but it wasn’t until three years later when she visited an exhibit at the Philadelphia Art Museum that she realized what she had on her hands. After getting the necklace authenticated by experts, Norma found out it was worth $300,000! 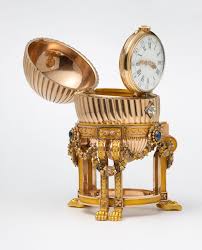 A man found a golden egg at a yard sale a few years ago. He paid $14,000 for it, which may seem like a lot, but he intended to melt the egg down and sell it as scrap metal. He hoped by melting the egg down, he could make a $500 profit, but it turned out the metal in the egg when melted wasn’t even worth the money he spent on it. He was sorely disappointed, however, he decided to do a search for the egg and the name etched on the clock inside of the egg. He pulled up an article about the third missing egg made by the Russian royal family. After flying to London to get the egg checked out by an expert, he returned the egg to the Russian royal family for a staggering $33 million dollars.

Teri Horton found this huge 66 x 46-inch painting at a thrift store for $5. Horton drove a big rig for 20 years and had to retire in 1987 due to a trucking accident. With her newfound free time, she liked to search for bargain items and sell them to make a profit. She found the painting at a thrift store in 1992, originally for the purpose of cheering up a friend. However, the painting couldn’t fit through the friend’s front door, so Horton was going to sell it at a yard sale. An art teacher came by the painting and told Horton that she might want to reconsider selling, as it looks like it could be a Pollock original. Horton didn’t knwo anything about Jackson Pollock, so she started researching. After getting the artwork certified, she learned it was worth millions of dollars. Horton hasn’t sold it yet – despite getting offers of $2 million and $9 million. She knows she can get more, as some of Pollock’s paintings have sold for up to $140 million.

A Philipino fisherman has owned the world’s largest pearl for decades but never knew its worth. In fact, for the last 10 years, the 75 lb. pearl was kept in a bag under his bed, and the family would rub it for good luck before going out to sea. They found the pearl in a giant clam that stuck to their anchor years ago. He gave the pearl to a friend for safekeeping while he moved. The pearl was just sitting on the friend’s bench for weeks, and finally, she decided to look it up online. She checked the measurements and weight and discovered it could be worth up to $100 million. Instead of cashing in on the millions of dollars, the fisherman decided to give the pearl to the mayor who put it on display in city hall to attract tourists. The mayor rewarded him with an unspecified amount of money. Clearly, the pearl holds a lot of personal significance to the fisherman!

Rick bought a couple of boxes of film negatives at a garage sale years ago. He kept the box under his pool table for four years before realizing he might have something of significant value. He paid $45 for both boxes and found out they may indeed be worth over $200 million. The boxes contained glass negatives. Rick had them checked out by experts who all confirmed they were from Ansel Adams, an early American photographer whose work capturing the rugged nature of the wild west inspired millions. His prints sell for hundreds of thousands of dollars, and Rick has the original negatives so he can make his own prints. Truly, he stands to make a ton of money in the future!