The Catacombs In Paris 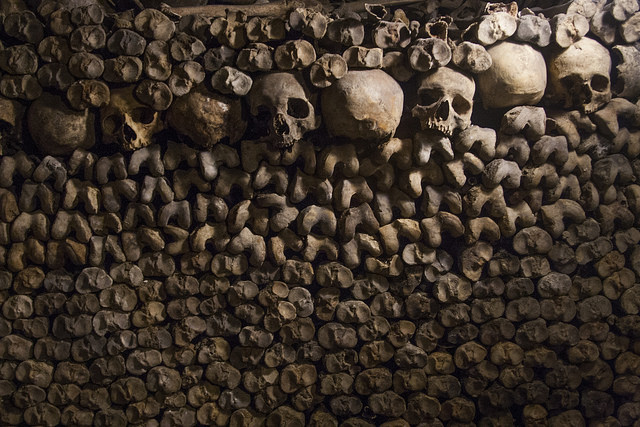 The Catacombs in Paris, France, were the city’s effort to try to eliminate the overflowing cemetaries. Constructed in 1774, the Catacombs are now the final resting place for over 6 million people. It is literally a maze of skulls and bones. The “welcome” message at the enterance reads, “Arrête, c’est ici l’empire de la mort,” which means, “Halt, this is the realm of Death.”


The legend behind this cemetary claims that there is an enterance to hell itself that only opens on Halloween and the Spring Equinox. Beyond the supposed gate to hell, the cemetary itself has a sordid history. The church that was on the premises until recently was used by various occult groups for worship. It is said that even though the roof had no ceiling, no rain ever fell inside. There is also an impossibly tall tree on the grounds of the cemetary, and it is said that the tree was used to hang witches back in the day.