Advertisers are willing to do just about anything to sell their product. Back in the day, that meant leaning heavily into gender stereotypes, giving terrible and harmful medical advice, and even sinking as low as using racist ads. There’s no doubt that these ads would never see the light of day in modern times! It’s crazy to think about how much society has changed. Take a look at these 10 offensive ads and be glad this is no longer the case (for the most part). 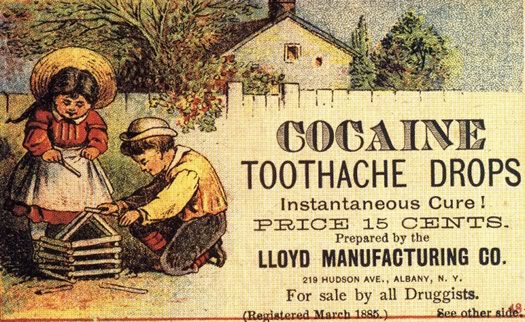 Sure, options for pain medications were sparse in the late 1800s, but this is absolutely mind-boggling! Not only could you just walk into a pharmacy and purchase liquid cocaine, but this product was specifically marketed for kids who complain of toothaches. About thirty years later, the medical community figured out that cocaine had some pretty major and long-lasting side effects. Thus, novocaine became the preferred method of numbing dental patients.

Hair Worth Dying For

This ad just went there… making a suicide joke to sell hair products. Pictured above is a woman with a noose, a gun, and a bottle of poison. The first line of the ad reads, “We’ve heard the plaint that… ‘If my hair looks like a mess for one more day, I’ll kill myself!'” Well, I suppose that’s one way to sell shampoo.

Tired Of Your Kids? No Fear, TV Is Here! 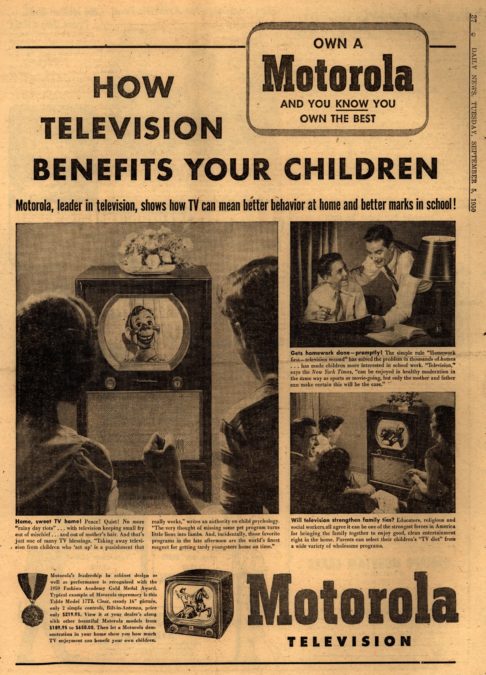 Finally! An ad bold enough to tell it like it is. If your kids are rowdy and out of control, don’t worry about disciplining them or doing the hard work of redirecting their energy towards something productive, just sit them in front of the TV!

Even A Woman Can Do It 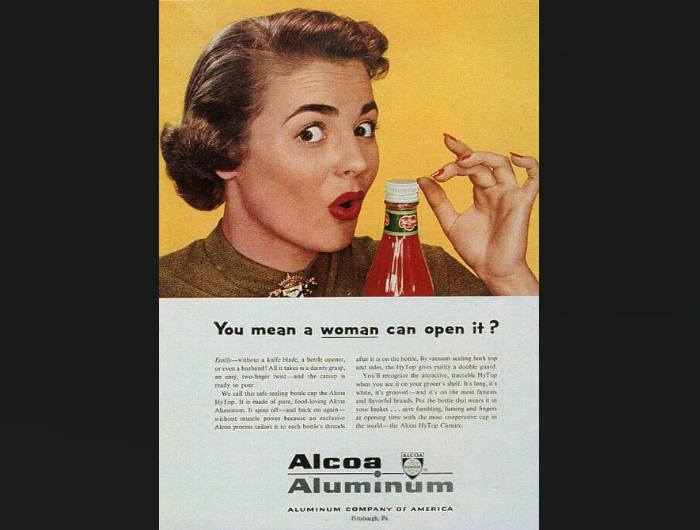 Ah, yes, playing on that good ol’ truth that women are weak and incapeable. If a woman can do it, certainly it’s easy and simple enough for anyone, right? I’m sure having an easy open bottle will come in handy while she’s in the kitchen making sandwiches for everyone.

Men Are Better Than Women 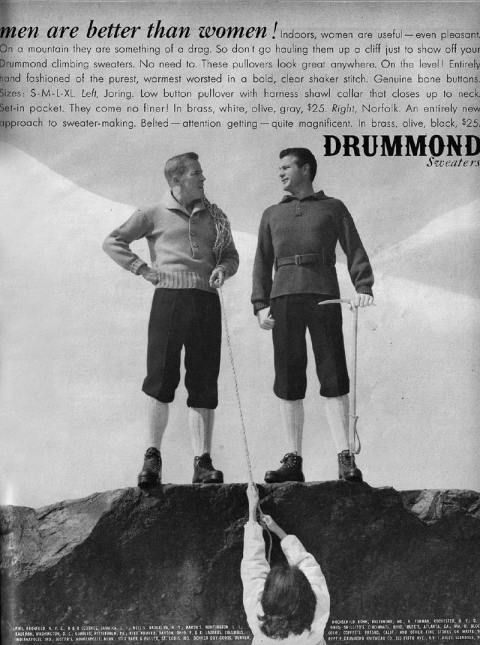 There’s no beating around the bush on this one – Drummond is ready to tell it like it is. The first few lines of the ad read, “Men are better than women! Indoors, women are useful, even pleasant. But on a mountain, they are a bit of a drag.” Now, you might be thinking, “Okay… what does this have to do with sweaters?” If you stick with the long paragraph, you’ll find that the whole point is that these sweaters look good anywhere – on a mountain, in the office, or at home. It seems like they really didn’t need to throw women under the bus to make that point, but isn’t that what the 50s were all about?