10 Innovations From The 50s We Still Use Today

The 1950s were a time of huge growth due to post-WWII economic expansion. With that came a boom in manufacturing. As a result, most of the 50s were characterized by a higher emphasis on innovation and materialism. This decade was the breeding ground for a lot of innovations and we still use to this day!

For better or worse, credit cards have become a staple in the economy. The idea of buying things on credit isn’t new – merchants have been doing it for thousands of years. The formalization of credit into the physical object of a card (and all that it entails) came about in 1950 with the first general purchase credit card – the Diners Club. Unlike most modern credit cards, this one required the card holder to pay the full balance at the end of each month. 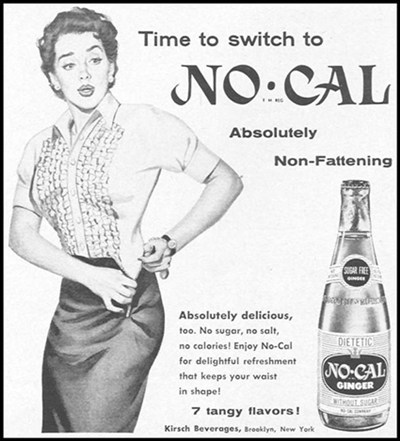 The first diet soda was called No-Cal, and it was introduced by Kirsch Bottling in 1952. The original purpose of the beverage was to cater to diabetic patients in the Jewish Sanitarium for Chronic Disease. Royal Crown Soda decided to jump on the no sugar soda train in 1958, followed by the big hitters of Coca-Cola and Pepsi in the 60s. 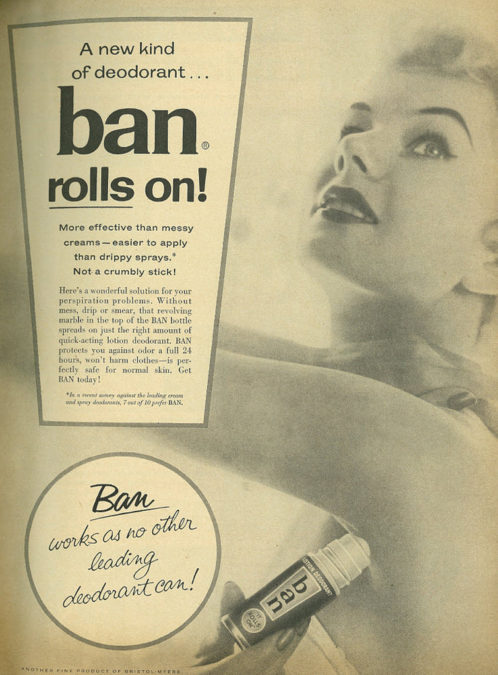 Deodorant used to be a lot different back in the day. The most common form of deodorant was an aluminum chloride solution that was applied with cotton balls. Not only did the solution take forever to dry, it often ruined clothes by leaving holes in the armpits. Imagine what it was doing to the sensitive skin under the arms! Ban came out with toll on deodorant in 1952, and we’ve never looked back. 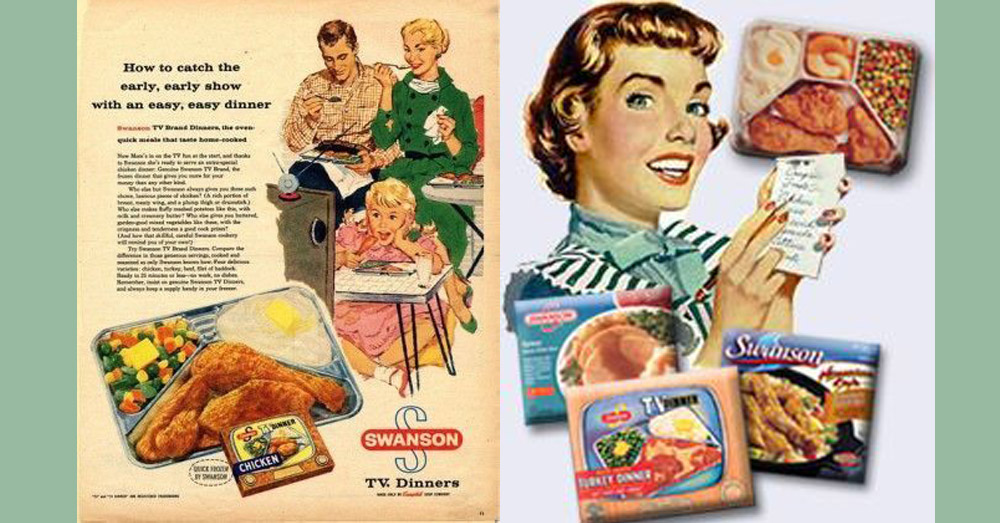 The world was forever changed when Swanson came out with the TV dinner. It was so popular in fact, that they sold over 10 million dinners in the first year of production. Is there anything more quintessentially 50s than sitting in front of the TV with your dinner fresh from the microwave? Speaking of TVs and microwaves… 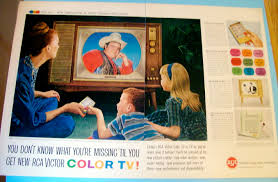 Color TV was a huge game changer in the entertainment industry. It was first introduced in the US in 1953, although it took a while to catch on because of the astronomical prices. The first national color TV broadcast was the Tournament of Roses in 1954.