Top 10 Most Cursed Objects In The World

When we think of cursed objects, often things like The Ark of the Covenant or the Hope diamond come to mind. Big, monumental, even biblical items that can supposedly kill you with one touch. However, there are a lot of everyday things that seem to be cursed as well! Whether you believe in curses or not, you can’t help but question some of the odd circumstances surrounding these 10 objects throughout history. You might be surprised at what made the list! 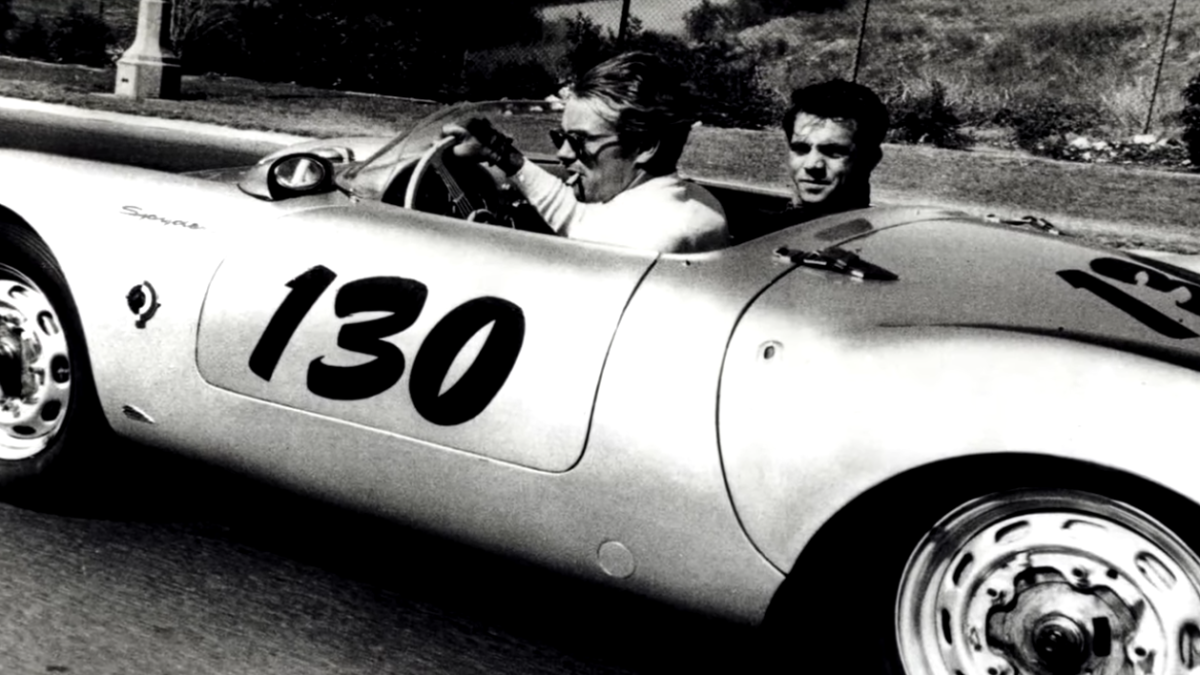 The infamous car, Little Bastard, belonged to James Dean. The Porsche spider may have been a gorgeous little sports car, but it turned out to be a deadly force of nature. Its first victim was James Dean himself. A few weeks after he bought the car, he got into an accident that killed him on impact. Shortly after the accident, George Barris, the man who customized the car for James Dean, stripped the car for parts and sold them to two men looking to finish off custom cars of their own. The two men ended up racing the cars and one of them died while the other one was severely burned and injured. 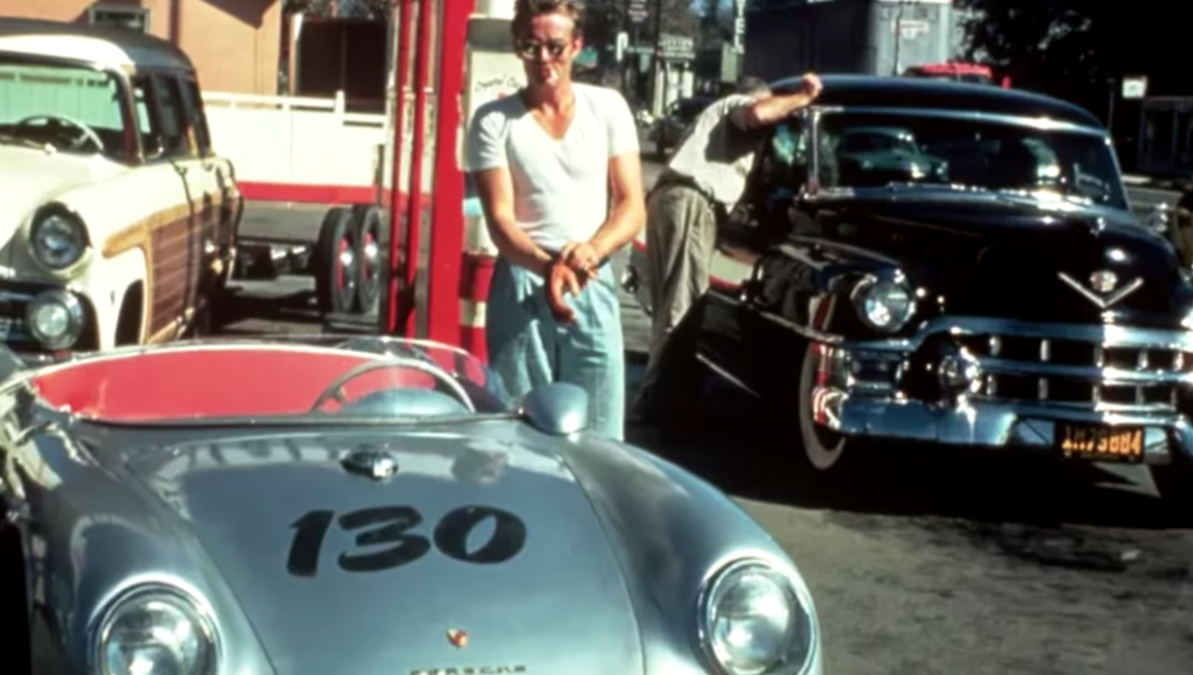 Another driver bought the wheels of Little Bastard and was in a serious accident when both tires popped at the same time. The reign of terror wasn’t over. Little Bastard was refurbished and donated to the California Highway Patrol. The garage that stored the car caught on fire, but the car itself mysteriously sustained no damage. The car was in the process of being towed when it fell off the trailer multiple times, eventually crushing the truck driver. Finally, the California Highway Patrol had the car crushed and destroyed. 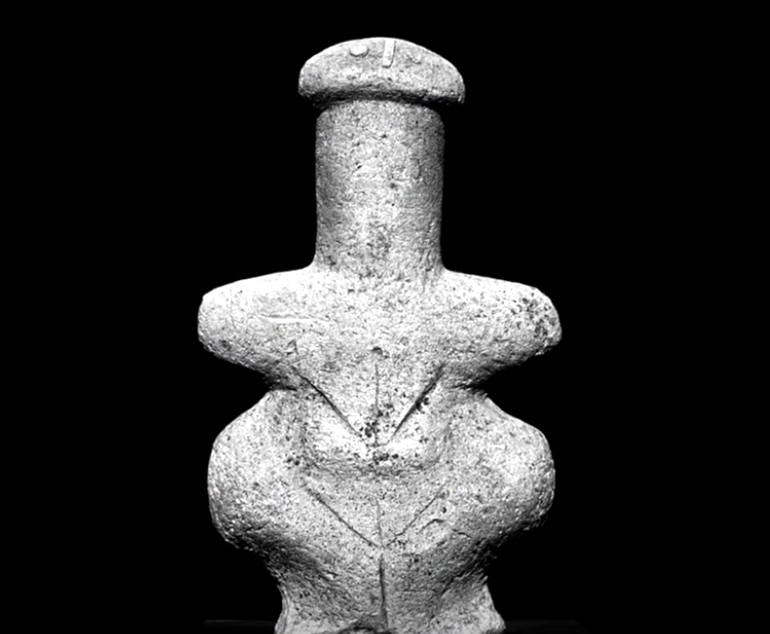 This statue is also known as the Goddess of Death, as everyone who owns it seems to die shortly after. The statue was stolen when the British invaded Cyprus in the 1970s. Lord Elphant decided to claim the statue, but if he knew what it had in store for him, he would have left it in its place. Within 6 months, he was dead, as well as 6 members of his family. The next owner was Ivor Manucci. He and his entire family died within 4 years of owning the statue. Thy cycle repeated itself with Lord Thompson Nolan and his entire family.

The next buyer, Sir Allan Beaverbrook, suffered the same fate as the previous owners, as well as his wife and two daughters. He had a son who survived, but the son was so afraid of the statue, he donated it to the Royal Museum in Scotland. The museum’s curator died less than a year after putting the statue on display. 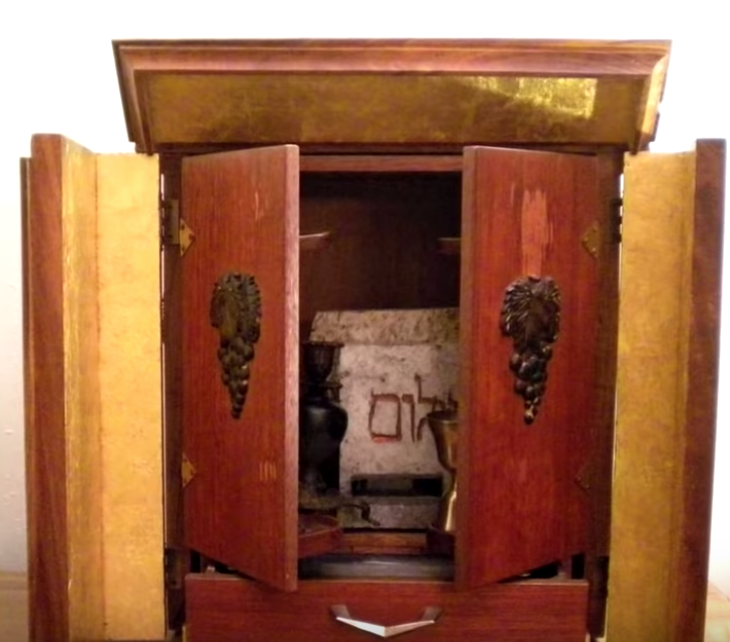 This box might not look like much, but it has left death and terror in its wake. The box was originally owned by a Holocaust survivor. She sold it to an antiques store owner, Kevin Mannis. She warned Kevin not to open the box. She said it contained a demon called a dybbuk. Of course, once someone is told not to do something, all they can think about is doing it. Kevin was no different. Once opened, the box started its reign of terror. Kevin left his shop shortly after opening the box only to find the store half destroyed when he returned a short time later. Nothing was stolen, so it likely wasn’t a burglary. 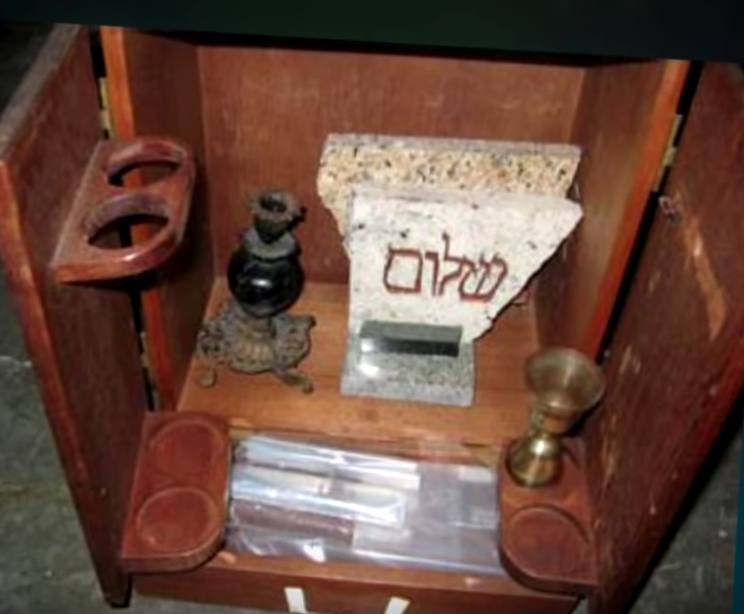 Kevin gave the box to his mother, who suffered a major stroke just minutes after receiving the box. He tried pawning the box off on other family members, but each one gave it back shortly after, claiming to have had horrible nightmares the same day they got the box. Kevin ended up keeping the box for himself and also suffered from nightmares. He claimed to have been haunted by a woman in his dreams and often woke up with actual scars and scratches. Kevin finally sold the box on eBay. The buyer had strange things happen shortly after the box was delivered. Everything from electronics catching on fire, to his hair mysteriously falling out, and even a swarm of bugs overtaking his property. The man sold the box again on eBay, and the new buyer immediately started having health problems. But, determined to contain this demon, the man worked with all sorts of spiritual leaders from Wiccans to Kabbalists to subdue the demon. The box is now in a gold-lined ark, which seems to be working… for now. 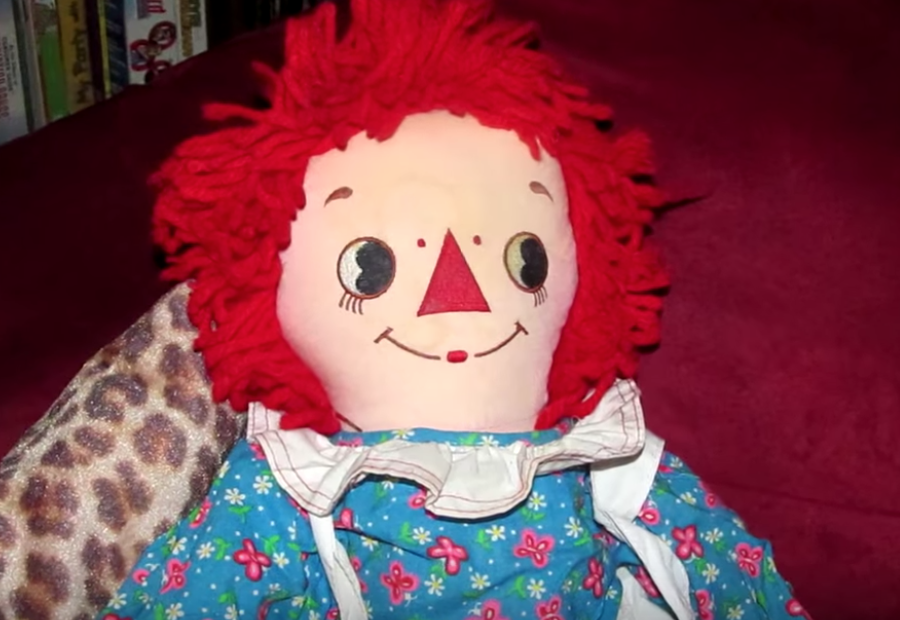 Believe it or not, this run-of-the-mill Raggedy Anne doll was the inspiration of multiple horror movies. A woman bought the doll for her college-aged daughter in 1970. Shortly after, the doll started terrorizing the daughter and her friends, almost daily. According to the girls, the doll stood up on its own, moved from place to place without anyone touching it, and left creepy notes and threats on parchment paper – a kind of paper none of the girls owned. 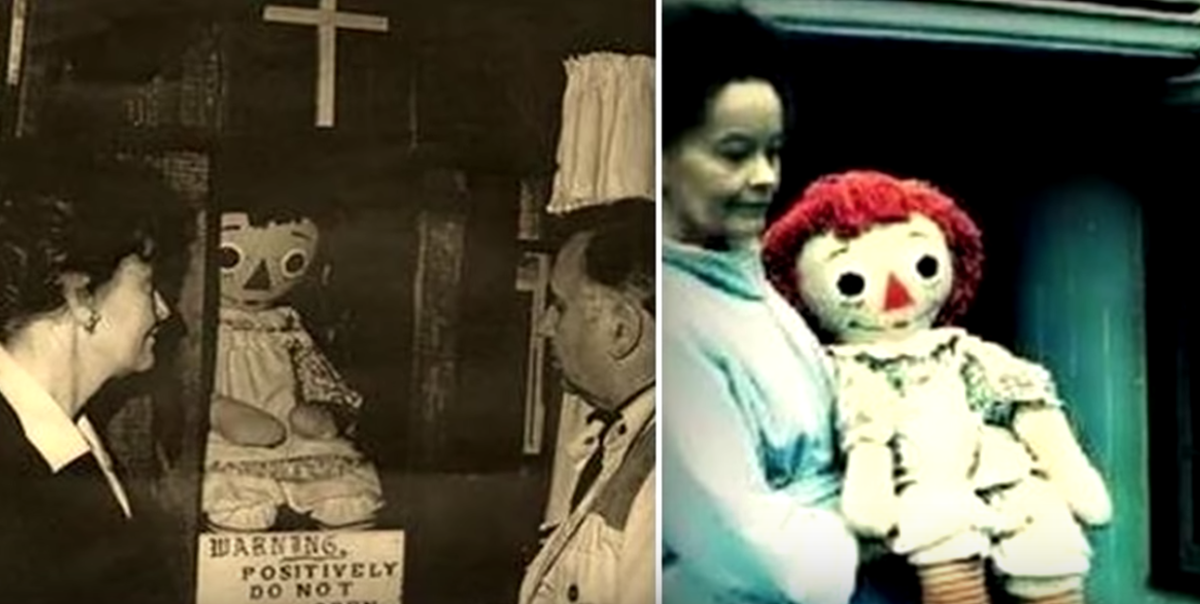 The daughter gave the doll away to married couple and demon hunters, Edd and Lorraine Warren. Ed died in 2006, but Lorraine still has the doll. She keeps it in a locked glass box surrounded by crucifixes, in her museum of haunted and occult objects.

6. The Hands Resist Him 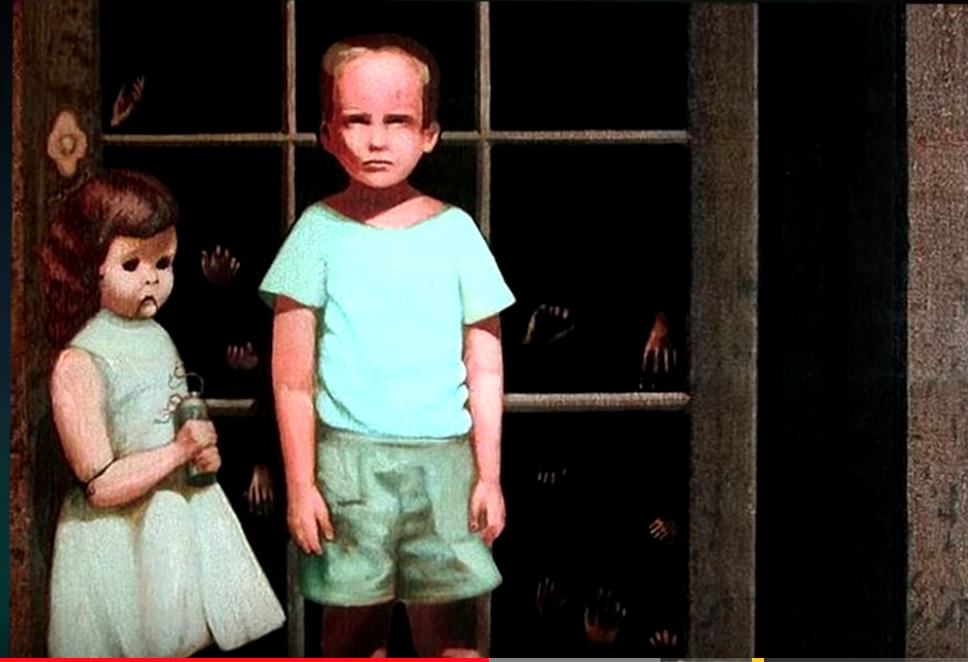 Ok, we can all agree this painting is pretty creepy in and of itself. It appears to be of a little boy and girl, except the girl is a doll. While her eyes (or lack thereof) are creepy enough, the real horror is that there are dozens of hands clawing at the window behind the boy and girl. The owner of the painting decided to sell it on eBay, warning potential buyers that it was cursed. He reported that the boy and girl often moved around in the painting, sometimes leaving it altogether to walk around in the real world. 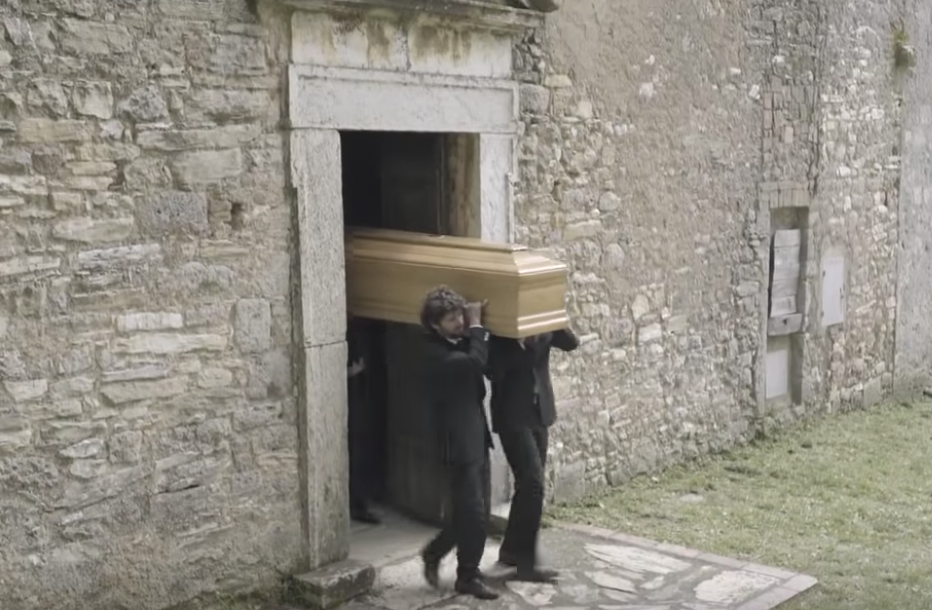 The description of the painting made the eBay listing go viral, and a museum in Grand Rapids, Michigan, bought the painting. Within a year, the museum owner and the critic of the piece died!